What will an Alex Smith extension cost the Chiefs?

With only one year remaining on his contract, Smith is in line for a big payday soon.

Share All sharing options for: What will an Alex Smith extension cost the Chiefs?

This offseason, the Kansas City Chiefs have plenty to take care of within their own ranks. Of all their chores, none are more pressing than locking up Alex Smith with a contract extension. 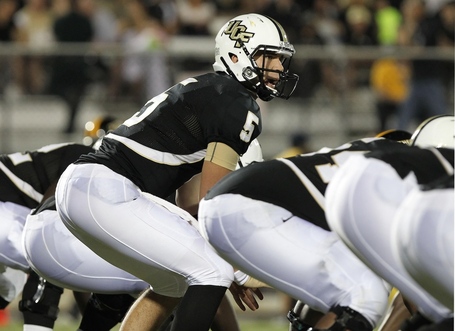 With the Super Bowl in the rear-view mirror, NFL Draft season is officially underway. This week's mock draft by Matthew Fairburn has Johnny Manziel on top, but not going to Houston.

Smith, long seen as a game manager by most around the NFL, has become one of the better signal-callers around. At first glance, the numbers would make you think otherwise. The 29-year-old only threw for 3,313 yards and 23 touchdowns in 15 games this season, not much in comparison to many of today's Madden-like offenses.

However, there is more than meets the eye with Smith. He only threw seven interceptions and exhibits excellent pocket awareness, scrambling for 431 yards this season. Even when he isn't running, Smith always finds a way to extend the play with his feet, an overlooked trait that keeps drives alive.

He also got better as the season went on. In the first nine games of the year, Smith threw only nine touchdowns and four picks. In his last seven games, including the playoffs, Smith tossed 18 touchdowns against only three interceptions. In his first 10 games with Kansas City, Smith only had a QB rating better than 100.0 once. Over his last six, Smith shattered that mark four times.

Now, Smith is hoping to come to terms on an extension with the Chiefs before the beginning of next season. The former No. 1 overall pick in 2004 is deserving of one after taking Kansas City from 2-14 to 11-5, but the real question is how much will it cost?

Judging from recent quarterback contracts, the answer is plenty. Last offseason, Joe Flacco inked a six-year, $120.6 million deal with the Baltimore Ravens, including $52 million guaranteed. Tony Romo then got a six-year deal worth $108 million, $55 million guaranteed.

For Smith and the Chiefs, these contracts will all come up in negotiations. While Smith is unlikely to get the money Rodgers, Romo and Flacco got, he could be right around the Stafford deal. Smith doesn't put up Stafford's numbers, but he also takes much better care of the football. Ultimately, somewhere around five years and $80 million sounds right.

Smith will point out he is coming off career-highs in passing yards, rushing yards and touchdowns, all while staying healthy throughout the season. In the playoffs against the Indianapolis Colts, Smith played like a truly elite quarterback, throwing for 378 yards and four touchdowns without an interception.

When considering Smith's lack of huge numbers, yet constant ability to win, it makes for an interesting negotiation. Only two seasons ago, Smith was rolling along with the best completion percentage in football at 70.2 percent before suffering a concussion at midseason. Smith was then benched in favor of Colin Kaepernick, never to play again for the San Francisco 49ers.

After being dealt to the Chiefs for two second-round picks, Smith finds himself with a second lease on football life. Once considered a bust after five poor seasons to begin his career, Smith has proven older dogs can learn new tricks, they just need real coaching. Throughout his first six years in the NFL, Smith had a different offensive coordinator each time.

With Andy Reid running the show for the foreseeable future in Kansas City, Smith's arrow has never been pointing higher. It may cost the Chiefs some money, but for the first time since Trent Green the team has a viable quarterback who can bring it to glory.

• Mel Kiper: Johnny Manziel is the draft's consensus No. 1 QB

• The Notebook: Anatomy of a Super Bowl beatdown

• Broncos coach John Fox: "We ran into a buzz saw"