After years of careful and conservative choices in the wake of Janet Jackson's wardrobe malfunction, the Super Bowl halftime show will again be headlined by an artist with a more youthful appeal.

On Sunday the NFL will again be offering up a halftime show featuring an artist designed to appeal to a younger audience, combined with a well-established group with three decades of experience. It's a trend that continues to move the league away from string of geriatric all-stars that had been featured in the wake of Janet Jackson's "Nipplegate". 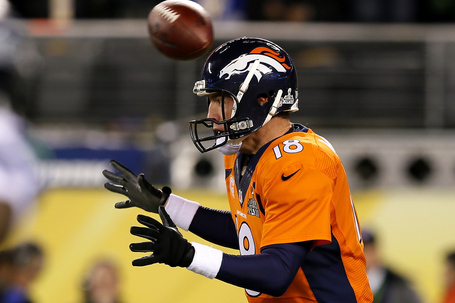 Thanks to that infamous wardrobe malfunction during the halftime show of Super Bowl XXXVIII, there was an outcry from the Federal Communications Commission and others.

In response the NFL went conservative with their halftime show, parading a series of safe acts that had a better chance of falling out of their personal mobility vehicles than exposing themselves on national television. The likes of Paul McCartney, the Rolling Stones, The Who and Bruce Springsteen all entertained fans with performances that guaranteed no controversy and the alienation of the younger viewing audience.

In recent years the NFL has begun to carefully push the envelope again with their halftime headliners featuring The Black Eyed Peas (2011), Madonna (2012) and Beyoncé (2013). This year's headliner, Bruno Mars, continues a trend of artists that appeal to younger audiences, as the NFL presumably attempts to keep kids and teens on their halftime broadcast instead of flipping over to Animal Planet's Puppy Bowl or something similar.

There's little doubt that Bruno Mars is a solid choice thanks to his eclectic mix of styles that he skillfully weaves into modern and catchy pop songs. There's also little doubt that he and his special guest the Red Hot Chili Peppers will avoid causing an incident that leads to "red-blooded" Americans losing their minds because their favorite television talking head says they should.

Mars, 28, is the youngest performer tasked with leading the NFL's precious halftime spectacular since Britney Spears and N-SYNC in 2001. It's certainly a risk especially considering he's following in the path of two mega stars in Madonna and Beyoncé, both of whom set viewership records during their respective halftime performances.

Those are quite big shoes to fill.

Mars only has two albums and even though halftime shows tend to lean on medleys featuring a handful of the artists' best known hits, he's managed to pack a large amount of hit making power into his career's relatively young duration. His first two singles, "Just the Way You Are" and "Grenade," both topped the charts in the U.S. and other countries across the globe. His third single, "The Lazy Song," was a top 10 hit.

The songs "Locked Out of Heaven" and "When I Was Your Man" from his second album Unorthodox Jukebox both went #1 in the States and were top 10 hits worldwide.

Jukebox sold over 1.9 million copies worldwide -- the fifth biggest selling album of 2013 -- and according to Musicmetric, it was also the most stolen album of the year.

Basically, Mars has star power and someone is definitely listening. Thus his selection as the headliner for Sunday's halftime show makes sense and should help the NFL again bring in a strong audience during the midway point of the season's biggest game.

Mars won't be alone though as the veteran rockers the Red Hot Chili Peppers will join him as a special guest during the performance. 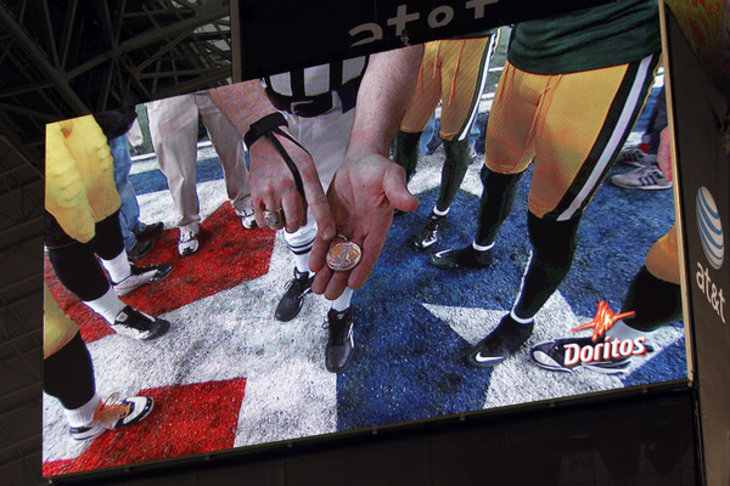 At first glance, RHCP might seem like a risky pick considering the band's history, which includes performing concerts in the nude with their genitals covered only by overlong tube socks. That behavior is well in the past for the Chili Peppers, whose music and image have softened as the band's members have aged.

Gone are the days of the Chili Peppers being one of the more controversial acts in the music industry, which probably explains why the NFL selected them. They are a well known group with a large following built over 30 years of performing, though it could be argued that they long ago lost what made them interesting and unique.

Their recent albums have dropped the aggressive, funk/rap driven sound of albums like Mother's Milk and Blood Sugar Sex Magik, replacing it with formulaic pop-rock tunes that all tend to sound the same. So, it makes sense for the NFL to bring them on board.

The Chili Peppers are a nice combination of name recognition and non-threatening music. Even if you're completely unaware of their drastic musical shift starting with 1999's Californication and still think they're running around with just socks on, there's nothing to fear come Sunday.

Even RHCP bass player Flea's since deleted tweet asking if "Anybody wanna see my c**k at the Super Bowl?" shouldn't get any moral crusaders too worked up. These guys have been around a long time and understand how to create buzz and attention. They want as many eyes on them as possible on Sunday because it's good for their business and for potential sales of their new album that's supposed to arrive sometime this year.

While I'd personally love to see the band's frontman Anthony Kiedis comes out with a black and red leather corset and have Mars rip off one of the breast cups to reveal a nipple, it's not happening even if it would be hilarious. With the NFL likely controlling the content in their halftime shows with the attention to detail usually limited to an accountant going over an important tax return, I wouldn't get your hopes up.

Instead you're going to get a mix of Mars' most well known hits and the Chili Peppers joking about playing the live version* of Led Zeppelin's "Dazed and Confused".

Enjoy the halftime show everyone ... unless you're watching the Puppy Bowl.

*Live performances of "Dazed and Confused" by Zeppelin were known to clock-in at upwards of 45 minutes.

• Super Bowl Boulevard is not decadent and depraved

• Is Russell Wilson a game manager?