Michael Vick in, Mark Sanchez out and what it means for the Jets

The Jets made a pair of notable transactions on Friday and completely revamped their quarterback depth chart.

Share All sharing options for: Michael Vick in, Mark Sanchez out and what it means for the Jets

Follow all the moves with the free agent tracker

It's safe to say the Jets hope their newest left-handed quarterback has a bit more success than the last one. New York made a bold, but not unexpected move on Friday, signing Vick and releasing Mark Sanchez. The moves signaled the official end to the "Sanchize" era in New York while simultaneously launching the "Michael Vick vs. Geno Smith" debate. At 33, Vick isn't going to be a long-term solution in New York, and you could argue he may not even be an upgrade over Smith at this point of his career. Regardless, it was a move the Jets needed to make and it should immediately make them better. The moves, however, were not as simple as replacing the No. 2 quarterback.

Sanchez out, Vick in

There is no question Vick was the best quarterback available on the free agent market. He hasn't played at a high level for a full season since 2011, but the quarterback market is thin. Even in part-time duty last year, Vick proved he could still play. The signing, however, was a must for New York if the Jets truly want to challenge Smith next season. Depending on how you view their abilities at this stage, Vick is at least a minor upgrade over Sanchez and possibly a major one. The move also goes far beyond their playing ability.

Sanchez's time in New York had simply expired. He didn't have the support of the fans; depending on which reports you read, he may not even had the support of teammates. And the new front office regime clearly wasn't in his corner last preseason. If Sanchez was the No. 2 heading into next season, Smith was the unquestioned starter by default.

That completely changes with Vick. The Jets may still decide to start Smith and further his development, but Vick gives them a legitimate backup option. If Smith struggles, Vick gives the Jets a reason to make a change. Benching Smith in favor of "seeing what Sanchez can do" wasn't an option after years of Sanchez failure. Who would that benefit? With Vick, he's proven the ability, even at times last season, to play at a very high level. It may be attempting to catch lighting in a bottle at this stage of his career, but at least high-level quarterback play is something to gamble on.

From a pure quarterback-to-quarterback comparison, there is no question the Jets are better today than they were on Thursday.

What this means for Smith?

At the very minimum, this move will push Smith this offseason and through the regular season. If he's going to start all 16 games next season, he's going to have to earn it. With Sanchez injured last season, there wasn't a legitimate option to replace Smith, no matter how he played week to week. Vick provides that option this year. A bad game or two and there will certainly be calls for the veteran. Whether that pushes Smith to new heights or causes him to crumble under pressure remains to be seen, but it's a push he needs.

Both Vick and Jets' offensive coordinator Marty Mornhinweg mentioned Vick's ability to come in and push Smith, who remains the starter. That may have been the top priority of the move, however, both closed their statements pointing out that Vick is fully capable of stepping in, if needed.

"He's here in a role where he's going to compete and push Geno Smith to become the very best that he can be," Mornhinweg said, via USA Today. "Michael will be able to go in and play at a high level and a winning level if called upon."

Vick is a mentor and challenger for now, but he's also the Jets' plan B.

Where will Sanchez land?

Considering the way his Jet career ended and the ridicule he endured, you may think Sanchez is unlikely to ever play in the NFL again. Instead, with the current state of quarterback depth around the NFL, Sanchez will likely have multiple suitors and may even get the opportunity to compete for a starting job. He never put up overly impressive numbers in New York, even when the Jets were winning, but he'd be an upgrade as a backup for many teams. He's still only 27 years old and comes with the pedigree of being the No. 5 overall pick. 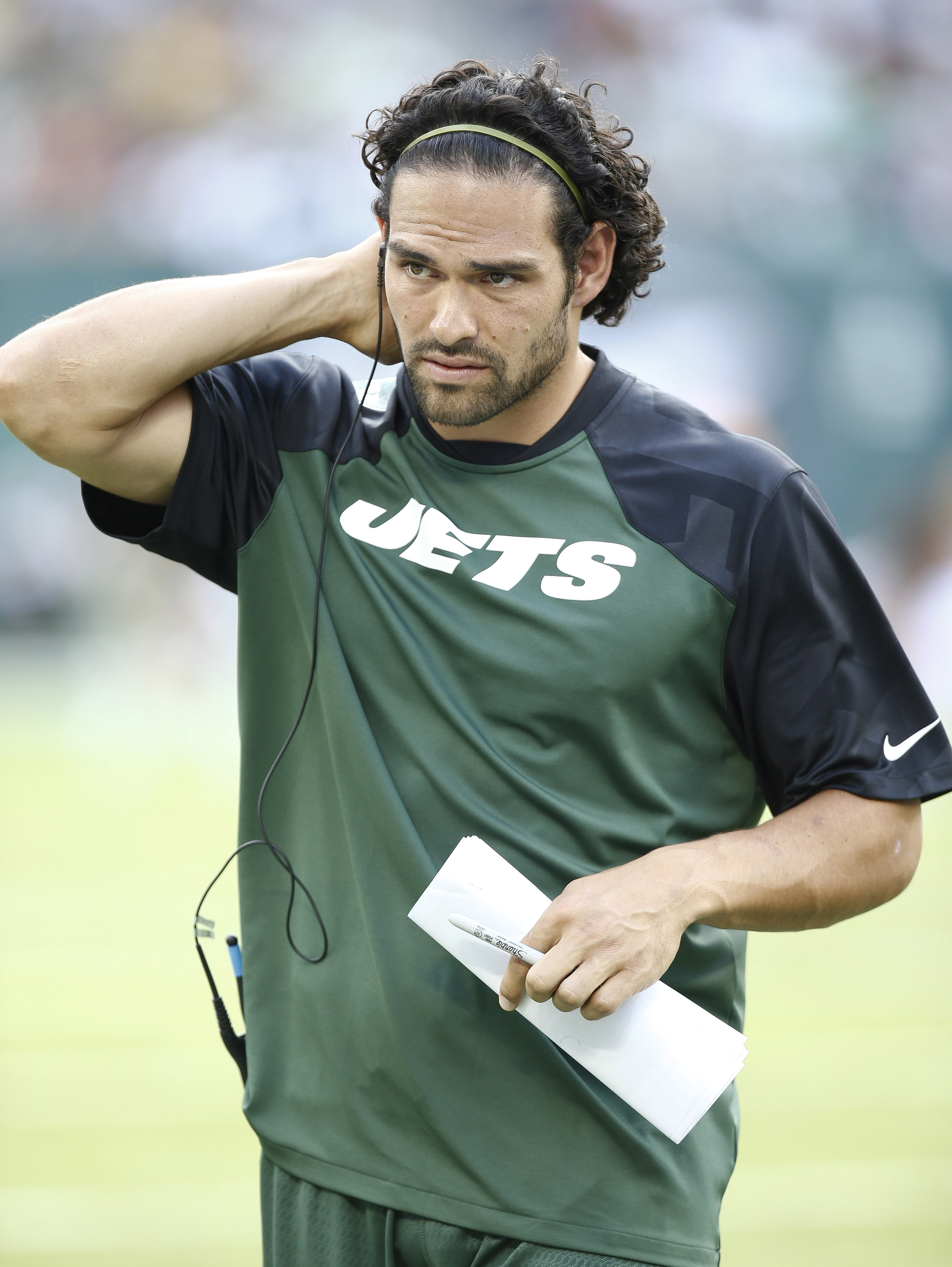 If Brandon Weeden can get a second chance, Sanchez surely will.

Where that second chance is remains a question. There have been reports that the Houston Texans would be interested in Sanchez when he was released. Brian Schottenheimer, Sanchez's former offensive coordinator, is now the offensive coordinator in St. Louis. The Rams have been looking for a backup quarterback to replace Kellen Clemens, bringing Shaun Hill in for a visit last week. The familiarity and potential need for a backup could lead to interest from St. Louis.

Regardless of where he lands, Sanchez will be out from the burden of playing in New York. There is enough pressure on a quarterback selected fifth overall, but even more in New York. Some early team success led to growing expectations and the "Sanchize" moniker. The GQ cover shoots and other off-the-field activities didn't help, but it's safe to say Sanchez won't face the same pressure wherever he lands. Whether that means he'll be able to blossom with a change of scenery or will remain the same player just in a different uniform remains to be seen.