The Notebook: Sammy Watkins is going to make someone very happy

Some lucky NFL team is going to draft Sammy Watkins, and they'll be very pleased that they did. Retired NFL defensive end Stephen White explains why Watkins is likely to be the first receiver picked in a draft loaded with talented pass catchers.

Share All sharing options for: The Notebook: Sammy Watkins is going to make someone very happy

I took a look at Sammy Watkins, the Clemson wide receiver, as my first offensive skill player to break down. For the purposes of this breakdown I watched Watkins play against Georgia, North Carolina State, Maryland, Virginia and Ohio State. Those games represented the first, third, eighth, ninth, and 13th game of Watkins last season, including the bowl game, respectively.

He came with the physical

If you asked me what first stuck out about Watkins, I would say speed, but we will get to that later. No doubt Watkins is part rabbit and can fly, but what most stood out the most is the work he put in after the catches. Play after play, game after game, you see Watkins initiate contact after the catch rather than avoiding it. I watched him live several times this year, but somehow hadn't made a mental note of that.

Don't get me wrong, he wasn't necessarily trucking defenders like a young Jerome Bettis, but it wasn't for lack of trying. I will give him his credit; he did run slap over some Ohio State dude in the bowl game.

Oh, and there was that Maryland dude who got obliterated as well.

What was impressive were the plays where instead of dancing around trying to make everybody miss, Watkins just put his head down and ran right into the crowd. You do that enough and guys won't like tackling you very much by the end of the game. That approach also allowed Watkins to maximize his yards-after-catch almost every time the ball was in his hands.

Look at the flipper (quick jab with the forearm to an opponent's torso usually accompanied by the words "*expletive deleted* GET OFF MEH!") he gives to No. 5 from Georgia on the way to the end zone!!!!!

That's a cat that you can do a lot of things with in your offense and have him be very productive. Just get him the ball in space, stand back and watch the magic happen. Even a Schottenheimer couldn't mess that up.

As fast as he needs to be

The more I watched Watkins play, the more it seemed to me that he could out run pretty much anybody he faced. I don't care what he ran for his forty -- although his combine time of 4.43 was indeed pretty good -- this guy got open deep whenever he wanted to by flying by defenders. The only thing I couldn't understand is why Clemson didn't run him on deep routes more often. 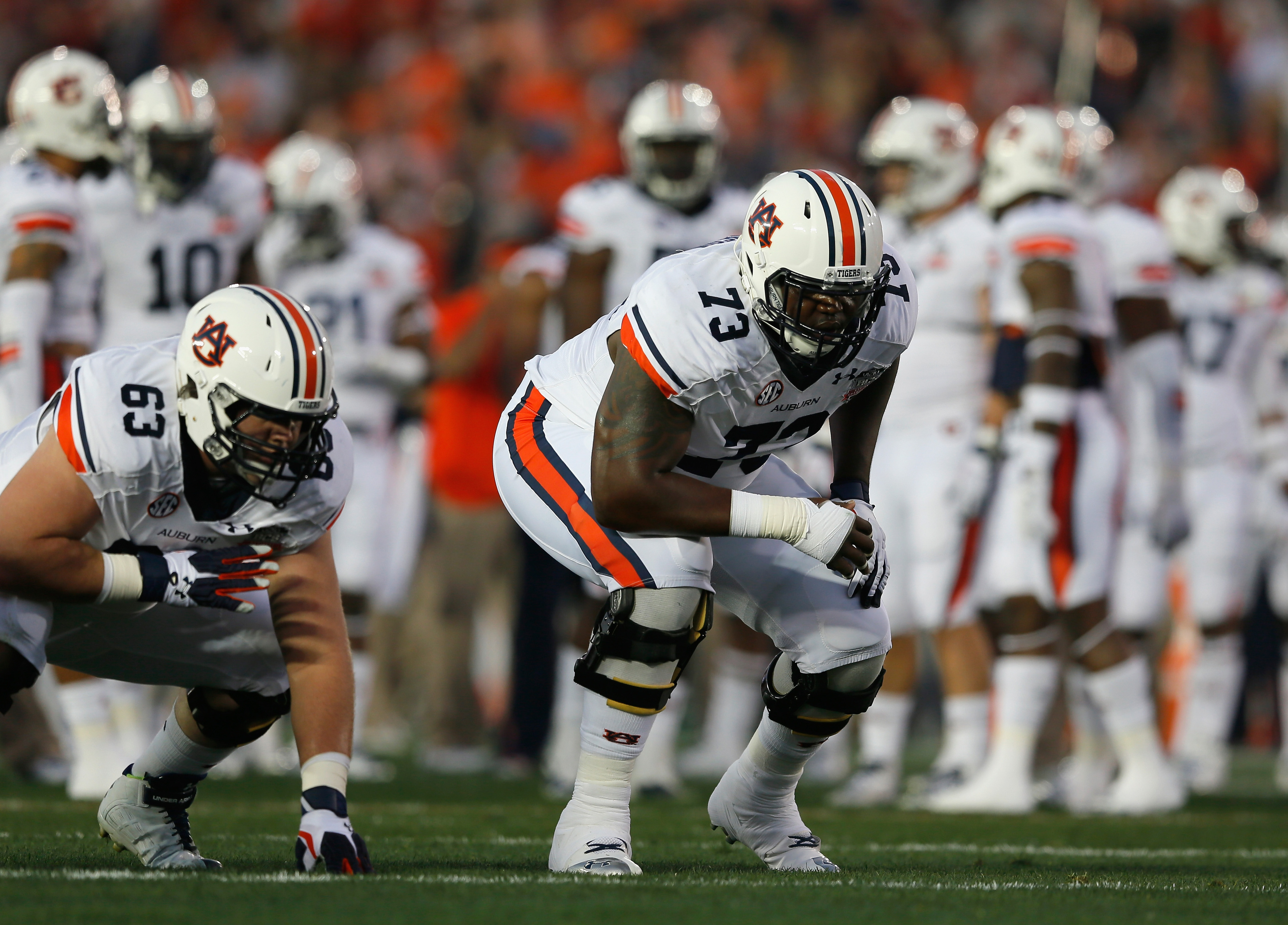 I guess part of it might have been that they wanted to give their quarterback higher percentage throws, screens for instance, and get the ball to Watkins at the same time. Still, I do think they limited Watkins' production to an extent by not getting him down the field more in those five games.

To give you an idea of what I mean about the offense limiting him, Watkins only ran an average of about 10 regular routes per game by my count, excluding all the different kinds of screens they liked to go go to him on. That's with a high of 20 regular routes that he ran against Maryland. Remember, these aren't targets that I'm talking about where the ball was coming to him. I'm talking about routes, no matter who the ball was thrown to, where Watkins actually had to run down the field.

That speaks to Watkins explosiveness, but it also begs the question if he was so productive on so few deep routes, why Clemson wouldn't try to do more of that?!

Regardless, it's a fact that no matter how Clemson got the ball in Watkins' hands, his blazing speed was evident on every single play.

So we've already talked about how Watkins is physical and really fast. It would be totally unfair if he could also cut on a dime, right? Well, son, this is just another sign that life ain't fair.

While I would have loved to have seen Watkins run a few more traditional routes down the field, the ones that he did run were a thing of beauty. Watkins gets in and out of his breaks effortlessly and is precise with his footwork in his route running. Because he's so quick in and out of his breaks, that helps to create separation away from the defender. It's almost impossible to stick with a guy who can run past you, through you or away from you, and that's exactly the deadly combination that Watkins possesses.

His ability to stick his foot in the ground and go can also be an asset on special teams in the return game. The only game where I saw Watkins on any returns was the Maryland game, when he returned kickoffs. He didn't make any house calls that day or anything, but I did see a ton of potential for a team that also needs some help with their return game.

One benefit of having a sometimes inaccurate quarterback is that it gives his receivers chances to show that they can make the spectacular catches. Yes, folks, in addition to all the great stuff I have already told you about Sammy Watkins, he also has great hands and leaping ability.

I can tell you that Sammy Watkins has everything you could want in a wide receiver.

I would say Watkins had three drops total in the five games that I watched for this breakdown. I word it that way because a drop to one person may not be a drop to another. Because Watkins is expected to go very high in this draft I felt like my expectations of him should be sky high. If he got two hands on it, then it should've been a catch from that perspective.

Three drops is still a very good number, even with me judging harshly. The truth is at least two of those drops were on screen passes where his quarterback threw the ball off target. However, I still expect him to make those tough catches, if he wants to be one of the best in the business.

In general other than those three drops he caught everything thrown his way that was by any definition catchable. And every once in awhile he made that special catch where he jumps up over everybody and plucks it out of the air ...

... or reached back to snag a ball thrown behind him.

The wide receivers that make those kinds of catches make general managers more comfortable drafting them when their team isn't quite settled at the quarterback position. Put bluntly his ability to make an average quarterback look good is definitely an asset.

But imagine if he goes to a team that already has a big time quarterback ...

I am not sure that Sammy Watkins will be the first wide receiver taken on draft day, but I can tell you that he has everything you could want in a wide receiver. I looked high and low for something to knock on this kid and came away empty. Even his blocking was at least average, maybe above average on some plays. He isn't some one-year wonder, either. At a little over 6'0, 211 pounds, per his combine measurements, he has good size as well.

Everything I saw in those five games tells me that Sammy Watkins is about as close as you will get to a sure thing in this draft, and he is going to make some offensive coordinator very happy!