Devin Hester and the difficulty of saying goodbye

The Chicago Bears are parting with Devin Hester, but the returner will not be forgotten. No. 23 made an undeniable impression during his eight years in the Windy City.

Share All sharing options for: Devin Hester and the difficulty of saying goodbye

Let's start with three stories, because with Devin Hester, it's personal.

1. "If Hester returns this, everyone is taking off their pants."

These were, somehow, the last words I heard before the opening kickoff of Super Bowl XLI between the Bears and the Colts, by some drunk college kid I would never need or want to hear from again. I cannot forget them. I was at a party in a tiny apartment on the city's near west side, where not even the most optimistic folks could reconcile with the quarterback matchup at hand, the one pitting Rex Grossman against Peyton Manning. You just knew how this would turn out even before it started, or at least you thought you did before Hester caught the opening kickoff.

He made one hard cut to his right, accelerated up the field and was gone. It was loud enough inside that apartment to drown out whatever thoughts were in your head, not that mine were even a bit more complicated than "oh my god."

The Bears were up 7-0 before either Grossman or Manning had touched the ball, and in that moment, anything seemed possible. No one took their pants off.

2. Seven months later, the Bears were hosting the Cowboys on Sunday night in Week 4. Grossman was intercepted three times, the offense could only score 10 points and the Bears were defeated by 24. The entire city was turning on Rex and he would be benched in favor of Brian Griese the very next week. The Super Bowl loser does not get much of a grace period.

I was living down the street from the team hotel at the time, so I went over there with a few friends after the game. There was Devin Hester, standing by himself just outside the revolving door. He was standing there for a long time. We finally worked up the nerve to go talk to him. For whatever reason, someone introduced me as Grossman's younger brother ("Luke"). 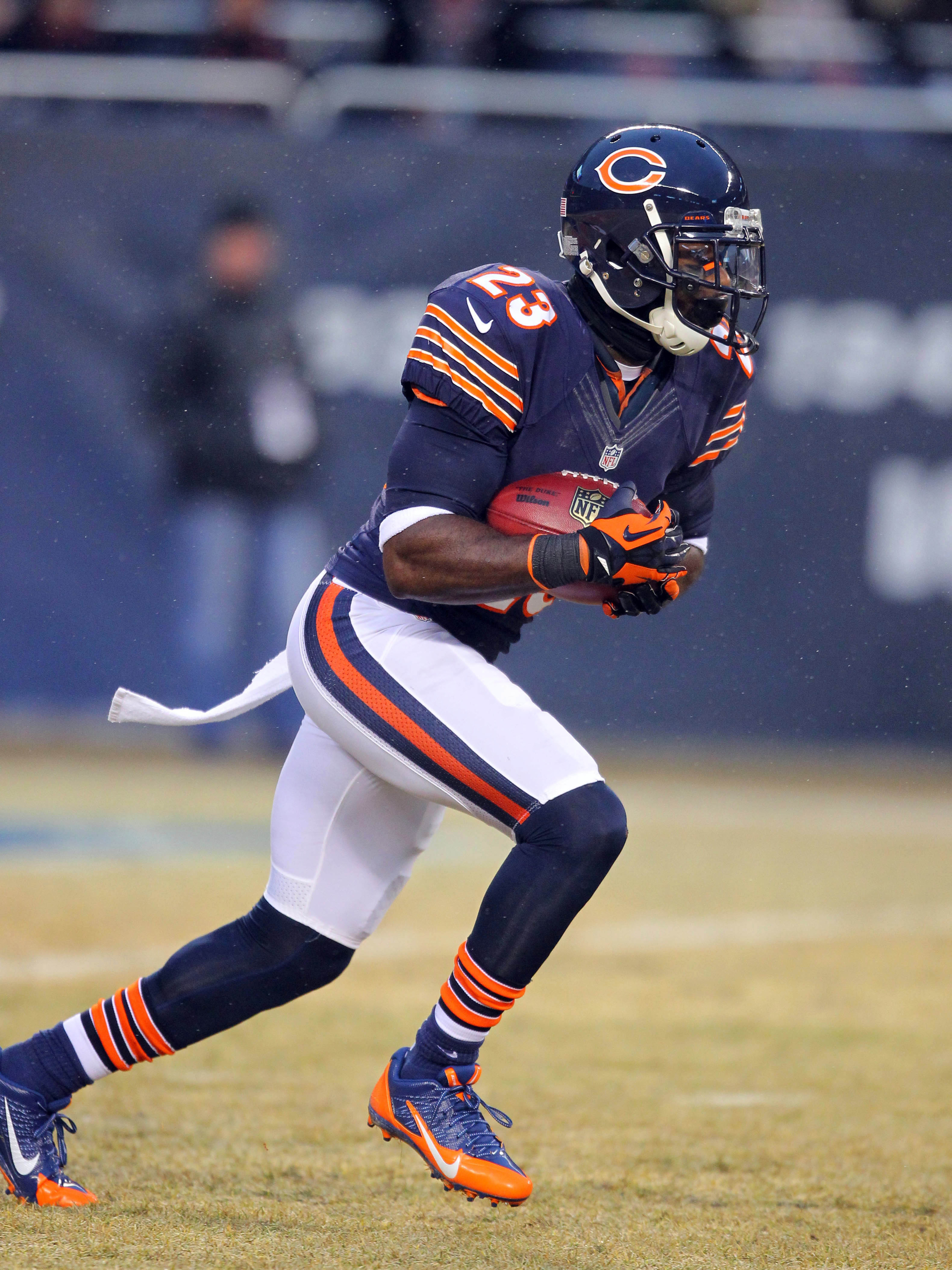 We chatted for a while about the Miami Hurricanes and definitely not the game that just happened, where Hester fumbled twice. I do not think Hester believed I was Grossman's brother (of course he didn't), but it didn't stop him from taking the time to talk with us.

Hester picked up an unfortunate reputation for a lack of intelligence by some much less intelligent fans during his early days in Chicago because he was not the most eloquent speaker. All of that belied the fact that those who covered him described Hester as a "sweetheart" and said he "couldn't be nicer". This was true even when talking to strangers after the most gut-wrenching losses.

3. Hester was signing autographs for fans after a training camp practice last August. When he was done, I approached him to see if I could ask him a few questions. He bent down to pick up his helmet. "Sure, let's go". He started running and expected me to chase him.

I could not even process what was happening before Hester was 10 yards in front of me. This is probably how opposing special teams units felt, too.

The times when it seems like the NFL lacks a beating heart are not particularly rare. This is the league of concussion lawsuits, harassment scandals and terrible Thursday night games in the name of additional advertising dollars for a business that already prints money. It's also a league that let Joe Montana go to the Chiefs, LaDainian Tomlinson go to the Jets and Peyton Manning go to the Broncos. In the NFL, loyalty only operates in relation to the size of your cap hit.

This is why you can't really fault the Bears for doing what they did this week, deciding it was best to move on from Devin Hester, the greatest kick returner to ever step on a football field. The Bears parted with Brian Urlacher last season under similar circumstances, and Hester's impact was never as big as No. 54's.

Even still, Hester's dismissal feels undeniably sadder for almost everyone involved. Hester announced it in a heartfelt Facebook message on Wednesday night, and the grieving had not stopped a day later:

Man I just YouTube me and 2007-2008 Devin Hester Highlight and almost cry I can't believe the Bears not re-signing me pic.twitter.com/1mkOJRddGN

Urlacher is headed to the Hall of Fame and Hester probably isn't, but none of that matters. For all of his freakish physical gifts, Urlacher was a middle linebacker. Chicago has seen plenty of great middle linebackers. What Hester did was different. He resonated on another level because there was no lineage, no historical comparisons or prepackaged narratives he could fit into.

This is to say that during a time when the Bears could only move the football at dial-up speeds, Hester was the fastest connection anyone had ever seen. He stood in the face of tradition that went 90 years deep and became a star on his own terms. Hester was the antithesis of your typical Chicago Bear, which is why he's my favorite football player of all-time.

It was easy to appreciate Hester on the surface level, because the things he did were so obviously identifiable as superhuman.  He returned a punt for a touchdown in his first ever NFL game, and it even came at Lambeau Field. He helped the Bears complete a three touchdown comeback in Arizona without an offensive touchdown. He ran back a field goal 108 yards for a score in New York. You might remember how he opened the Super Bowl in 2007. 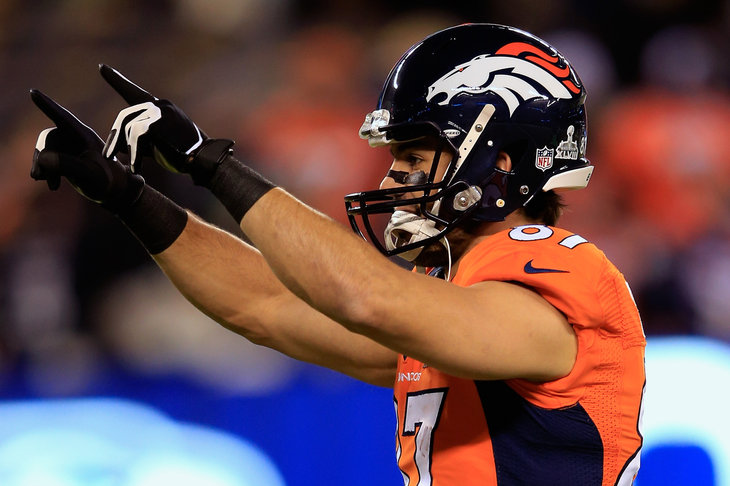 That's a career's worth of highlights for any returner, but Hester did it all as a rookie. He had seven kick returns for touchdowns his first year, and added six more scores his second. The years that followed were more lean as Hester transitioned to wide receiver, but he still averaged a touchdown per season to end his Bears tenure with 20.

It goes deeper, though. To fully appreciate Hester, you need the wear the scars that can only come from watching a franchise this offensively inept. The Bears never had a home run hitter; they were always grinding it out. Lovie Smith used to say his teams "got off the bus running", which was a nice way of saying they couldn't complete a pass over 10 yards if human life depended on it. With Hester, they didn't need to. The Bears' best offense was simply making the other team punt.

I'll remember how Hester was the only Bears player ever to have his own theme song, and that song was by Souja Boy. I'll remember how the Bears only let him return punts -- not kickoffs -- as a rookie, until they finally did and he took two back for touchdowns his first game against the Rams. I'll remember his speed rating being turned up to "100" in Madden because "99" didn't seem fast enough. I'll remember him taking a punt to the house in the last game of Brett Favre's career.

I will also remember how a lot of fans turned on Hester in recent years, because he signed a contract that was reportedly worth $40 million and he was never able to live up the organization's impossible expectations for him as a receiver. I'll remember the way Jay Cutler glared at him after he threw an interception because Hester ran the wrong route. Like any person, Hester was neither wholly good or bad. What mattered is that when he was good, there was no athlete alive who gave me more joy to watch.

Hester spent eight years in Chicago, so his star didn't exactly burn out as fast as some might lead you to believe. It's not as if kick returning projects as a skill that would age particularly well. The Bears will be fine without him too, as there are new stars and a new head coach who knows how to use them. You can bet that Hester will be a mainstay in Chicago as soon as his NFL career is over, whether he's working in the media or selling wine or running for mayor of small towns in the southwest suburbs. This is what happens to beloved ex-Bears and Hester fits the profile.

Still, "ex-Bear" will take some time getting used to. Hester always seemed like a phenom sent straight from the future. Now he's just another 31-year-old football player without much sand left in the hourglass of his career. No one here is dying, but it does hurt to know he won't be in Chicago next season.

In times like these, it's better to celebrate than to mourn. Please, just watch all of Hester's kick returns for touchdowns. You won't be sad for long.