NFL Draft 2014: What do you watch when evaluating tight ends?

What kind of things will teams be looking for among the prospects in this year's draft? Danny Kelly walks us through the traits scouts look for when evaluating tight ends.

Share All sharing options for: NFL Draft 2014: What do you watch when evaluating tight ends?

The 2014 NFL Draft is just around the corner. In the run-up to the big show, I've researched and broken down some of the scouting methodologies that NFL teams use, I've explained how each combine drill translates to the field and I've illustrated some of the terms player reports commonly feature. These segued nicely into my current series breaking down the attributes, tools and skill sets that scouts look for in NFL Draft prospects when evaluating their play in games.

Combine workouts and measureables are excellent benchmarks for athleticism, and at this time of year they're always at the front of our minds. Still, breaking down tape is the absolute best way to evaluate individual players. It's a complex and highly varied process across scouting departments league-wide, but evaluating game film can be boiled down to a simple question, whether you're a personnel exec, a pro scout, a pro draft analyst or an amateur fan at home:

The tight end position has evolved over the past couple decades and has splintered into two groups:

If you find a player who can both block in-line with aplomb and run patterns, catch the football and stress the defense vertically, well then you've got a stew going. 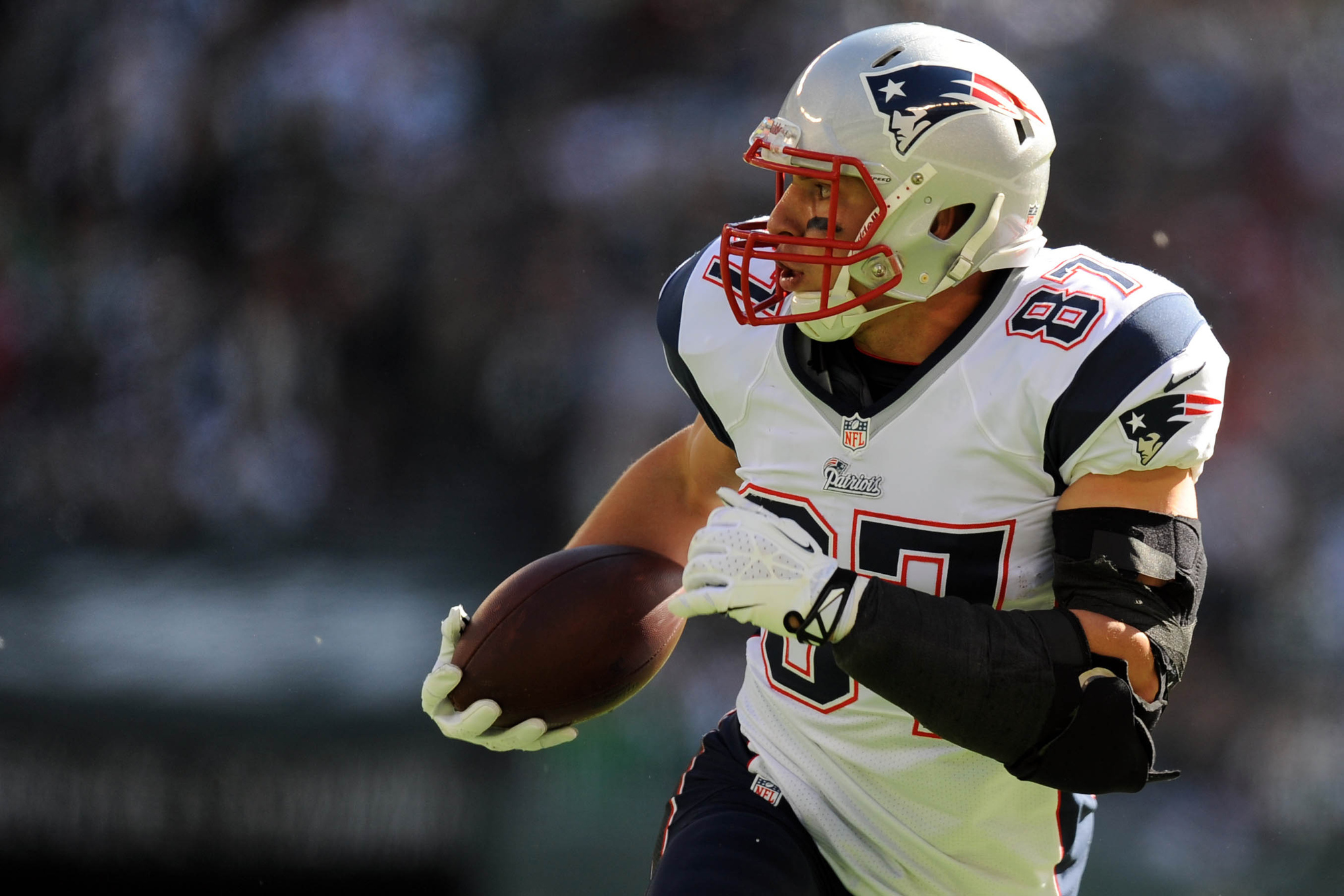 Those guys are rare, though, so teams are more typically relying on two types of players to do the job that one elite player could do. As I've done previously in this series, I'll just try to look at the general characteristics, traits, skills and talents that teams look for in tight end prospects.

The tight end position is, essentially, the hybridization of the offensive tackle and wide receiver positions. Ideally, coaches would like for their tight end to block like a tackle and run/catch like a receiver, but guys like that are rare. In reality, in order to satisfy the first component, blocking -- which most tight ends will be asked to do in the NFL -- you must have the size, strength and blocking technique to hold up in the trenches.

As the legendary Bill Walsh put it in his scouting manual from 1997, "there are those who believe that a tight end with ballast and strength and girth is key to their offensive system because he has as important a role as a blocker as there is."

Tight ends are still, to this day, tasked with blocking one-on-one against edge rushers -- the elite defensive ends and outside linebackers whose job it is to destroy the quarterback or force a running back inside to the war daddies on the interior.

This was true in 1997, and it remains true for some teams in 2014. A tight end who can block a defensive end opens things up for your pass game and your run game, because he's an extra blocker up front that the defense must account for. Football is a numbers game at its core.

One of the first things I look for in a tight end is the moldable tools to become a good blocker -- a sturdy lower half, knee bend, long arms, some height and displayed strength, and most importantly, willingness or enthusiasm for the job. For many college tight ends whose teams run spread offense looks, their baptism by fire will come in the NFL, when they'll be asked to block in a pro-style look.

A fluid kick-step in pass protection isn't as difficult for a 260-270 pound tight end as compared to a 300+ pound offensive tackle, but an ability to punch, latch on and anchor is important. Targeting is key as well, as oftentimes you'll see tight ends asked to arc block or block on the move -- finding your intended target at the second level and engaging him successfully is what teams will look for.

Also in run blocking, an ability to rotate/seal or cut block on the backside is one thing to watch, and an ability to get push, or at least hold your ground, on the front side of plays is a big deal.

In many ways, you're looking for offensive line characteristics. Feet, core, hand use, balance. As former NFL scout Field Yates put it, evaluators "look for quickness in blocking, strength, footwork and a willingness to take on bigger, more powerful defenders."

Now, that said, in the modern NFL, pass-catching tight ends who can also block are replacing the one-dimensional in-line blockers, and the ability to stretch the seam and catch the football is extremely desirable.

The multifaceted run-blocking, pass-protecting and pass-catching tight end. As Walsh put it, "That athlete can dominate."

• What to watch when evaluating WR
• How to speak like a scout
• Specialization: The new base defense
• Scouting: Not just throwing darts
• Breaking down the combine
• Behind the Legion of Boom
• Scouting the tweener

These players can be a matchup nightmare, and can hide an offense's run/pass intention. They can block in-line or release up the seam for a deep bomb. They can chip-and-release and catch a pass underneath. They can line up outside against a linebacker or safety and outrun them. They can even lead block.

Most tight ends do not need to run a full receiver route tree (nor can they, as typically they are slower and less agile than receivers), but a seam route is a standard deep route to look for, and they should be able to master some of the intermediate options like a hook, out and slant, plus anything your team asks you to do in the red zone. A tight end must be adept at catching the football in traffic and have the courage to look the ball into his hands knowing he's about to get hit. Most routes that tight ends run are right into the meat of the defense.

"He is bigger, stronger and naturally is not going to be as quick and agile as the other type of tight end," Walsh noted. "So naturally you then fashion your passing game with him in the vicinity of linebackers. With that in mind, he must have soft hands and the ability to absorb a ball as he is being hit. With virtually every pass, he is going to be hit almost simultaneously with the catch. So soft hands, being able to absorb the ball while being hit, is key."

I quote Walsh here frequently because he was a visionary and he had the presence of mind to publish his criteria, but I have to add the caveat that Walsh last coached 20 years ago. You'll see that fact betrayed in his note about speed at the tight end position:

"This tight end does not need to possess great speed. The 5.0 time in the 40 will get the job done."

Two decades has knocked two-tenths of a second off of that requirement, give or take, and tight ends are now considered on the slow side if they run anything more than a 4.9. The type of athlete you see at the position has evolved and the position paradigm has shifted to be a smoother, more dynamic space player.

Long speed isn't as critical, but movement skills are -- most routes tight ends run will be over the middle of the field in the 5-15 yard range. The ability for a tight end to sink his hips and run routes crisply to shake linebackers and safeties is highly valued.

As Walsh so astutely put it, "the great, all around type [is] a Hall of Fame type. He is so gifted that he can do all of the things you would usually require two types of tight ends to do." These players are rare, by definition. When you see one, you know it.

A well-rounded tight end with a well-rounded skill set, even if the goal is a level of competency at both blocking and receiving, is still valuable, because like Walsh said, he can do the job of two players. There are scores of unexciting (explosive athlete-wise) but important role-playing tight ends in the NFL -- Dwayne Allen, Scott Chandler, Jeff Cumberland, Garrett Graham, Anthony Fasano, Brent Celek, Brandon Pettigrew, Andrew Quarless, Greg Olsen, Brandon Myers, Zach Miller, Martellus Bennett, even Kyle Rudolph, who called himself the best tight end in the NFL recently -- and only but a few truly dynamic field-tilting weapons like Vernon Davis or Gronk.

This list of skills and tools to evaluate when watching college tight end prospects is not complete nor authoritative. When I set out to write it, I hoped that it would generate some discussion in the comments section about priority and weight that different evaluators might give each aspect. Which tools have I missed? Which skills are most important at the position? As with anything in scouting, it's probably subjective.