We get closer to answering the unanswerable question.

My google alert for "Is Joe Flacco elite?" just went absolutley bonkers this morning due to a column on SportsRants- a website that talks about sports but from a fans perseptive, you know just kindve how you and your buddys talk about it. The big question today- "Was Joe Flacco elite last year?" Great question IMO and one that we need to not forget to discuss.

Blake Bortles is a donut in the middle of the Sun

What does "could stand to iron out his pedal" even mean? In keeping with NFL Draft dada-speak, Jon Bois and Spencer Hall offer their scouting reports for this year's top prospects.

Blake Bortles is a donut in the middle of the Sun

The question of Joe Flaccos "Eliteness" is truly the federlist papers debate of the modern day folks. The argument will only be settled after Ron Jaworski kills Trent Dilfer in a sundown duel on the 50 yard line of the hall of fame game.

The most recent edition to the literary Joe Flacco canon was written by a guy whose named Tommy Lee. Talk about speaks softly carrys a big stick folks. Tommys a pretty good writer but he really fails to understand the intricacies of debating true "Eliteness." From last offseason heres my take on what truly makes a Elite QB and whether or not Joe Flacco fits the mold:

E- There’s not a good word that begins with "E" so I’ll say it stands for "Guts". You need a QB whose going to step into throws not step into a new pair of sneakers to match whatever hat hes wearing at the time (Dolphin Capernick). Pocket-discipline might be a word you hear in Anthony Cromartie’s daily reminder to carry a Trojan, but its more important for a QB if hes going to be Elite. Sure the NFL is bending over backwards (no offense Johnny Knox) to protect their QBs from low hits high hits and having Jared Allen breathe on you and give you blood poisoning, but you still need a QB that will put nose to the grindstone even if he doesnt do the same for his facial hair.

L- There’s no good "L" words either but to be Elite you need to prove you can "Do it on your own" and I dont mean like Deanna Favre. To be considered Elite you need to make it happen yourself. If Im going to put my ass on the line by calling you Elite I dont want you to do things like throw short on 4th and 22 then let your over paid workhorse RB do all the work. You need to throw a deep out= a NFL throw.

I- "Interceptions"- Keep them to a minimum. Turnovers literally kill you in the NFL thats why Ray Lewis was so good at them

E- "Elite" You have to emerge as a Elite player no one is born or drafted Elite. I went back and watched every throw Flacco made last year and they were all throws, no gadgets, no dink and dunking, just pure throws. Thats a QB whose too busy emerging to regress.

So I dove head first into Tommys column to see if we can once and for all decide the age old question as old as time itself: "Is Joe Flacco Elite?"

Take it away Tommy:

Last season, the Baltimore Ravens went 8-8 and placed 3rd in the division. The offense sputtered at times, ranking 18th in passing and 30th in rushing.

Well when youve got a RB whose more concern with picking-up his girlfriend up off the floor then a zone blitz, your going to have some issues. Not my opinion just facts. And lets be honest here domestic violense is not funny unless you can make a really good "C'mon man" joke about Keyshawn Johnson. 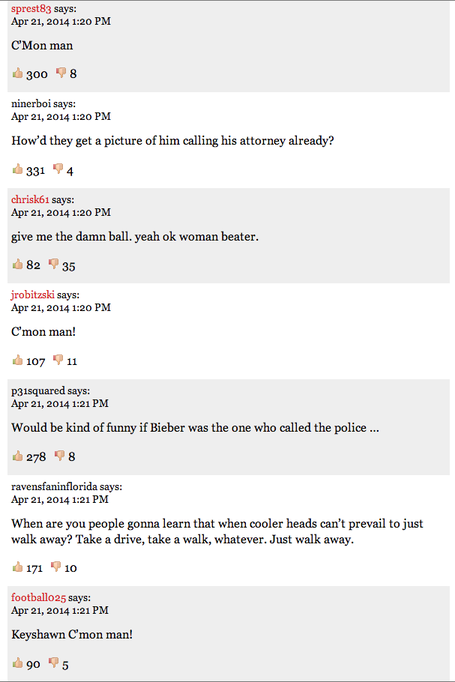 That stat is meaningles. The QB Passer rating is as useless as the Voting Rights Act nowdays (not my opinion- thats backed up by the Supreme Court). QBR or GTFO. I supsect that if you used ESPNs proprietary rating system youd find that Joe Flacco plays poorly in games where there getting blown out and his stats dont technically matter. Hes at his best in close games which are more important to judge elite play. Remember how many TDs Jerry Rice had against the Chargers in the Superbow? Of course you dont (i do though, but Im professional) but I bet you remember that Joe Flacco won a Superbowl. Case closed.

Some of the QBs that ranked ahead of him were Chad Henne (Jaguars), Christian Ponder (Vikings), Kellen Clemens (Chargers), and Ryan Tannehill (Dolphins).

Thats true but thats to be excpected from Flacco since hes coming off a Superbowl victory. He beat the game, so the computer steps up its difficulty. You act like youve never played Madden before this is like the f1rst thign you learnwhen your trying out for a sportsblog.

It was the most interceptions he has ever thrown in a season, 10 more than his rookie year. Flacco did throw for almost 3,912 yards, but that was still only ranked 11th in the NFL. The one eye-popping number was that his 1st down conversion percentage came at a paltry 30.8%. To put in perspective, Terrelle Pryor (31.3%) and Geno Smith (32.3%) threw for more 1st downs last season. Matter of fact, the only starting quarterback that did worse than Joe Flacco in converting 3rd downs was Mike Glennon, rookie QB for the Tampa Bay Buccaneers. 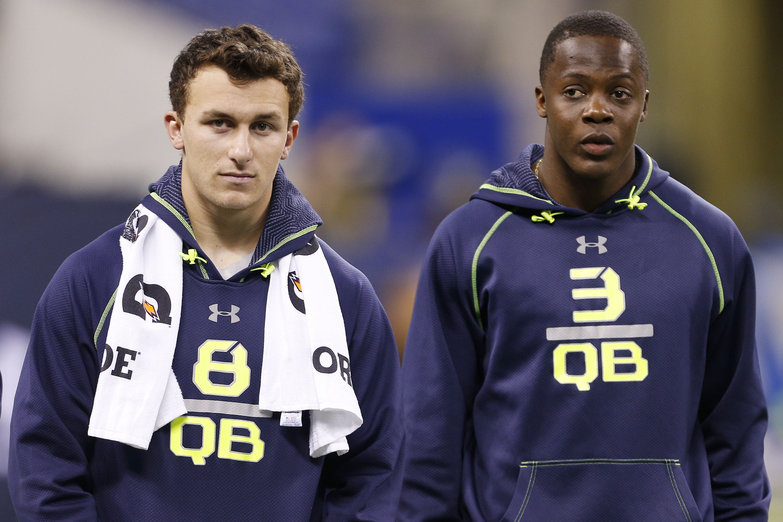 Wow so now your telling me that you want to be more like Terrelle Pryor, and Geno Smith and less like Mike Glennon? Your judged (not to imply that Pryor and Smith are constantly in front of judges because of there legal issues or anything) by the company you keep. By the way throwing for first downs is a false stat. Moving the chains might as well be handing your opponent a literal clock. You want 8 and 9 yard gains to milk it, followed by a bodacous fullback dive to keep the seconds ticking away.

The numbers do not lie, Joe Flacco was not an elite QB last year,

This is debateable and I look forward to continuing it all off season.

However, it is not all Flacco’s fault, as the offensive line was in transition this year. Not to mention, Ray Lewis and Ed Reed, 2 Hall of Famers, retired during the offseason,

... but everybody forgets about the 3rd Hall of Famer, Matt Birk. Matt Birk was a critical asset to the offensive line as he made all the protection calls and blitz pickups. Furthermore, the wide receivers were often than not, smothered by opposing cornerbacks.

1st of all if your going to make your living on the hashes your going to need to adapt to being smother and covered. Thats number one.

Last year, the entire organization was in transition because of the loss of multiple Hall of Famers, while still defending their Super Bowl championship title.

I like to have some fun with it and say that Baltimore dosen't get Superbowl hangovers folks, they get SUperbowl dope sick.

Key veterans from the SB winning season were gone, and Flacco was adjusting to becoming the face of the franchise.

No offense but if Flaccos the face of your franchise you should of brought in Marion "Barber" or at leased change your mascot to a vat of hot boiling wax.

He valiantly tried to lead the offense, but it was obvious that he is not ready to be an elite QB just yet.

Ok so the big mistake here is that the author never even bothers to define "Elite." In his mind, "Elite" is like "pornography" he knows it when he sees it according to the author of this artile whose literally named "Tommy Lee." Heres my quickfire definiton of "Elite" for you to print out and take on the go with you.

"ELITE: (adjetive) The ability to be on a Mount Rushmore"

You might counter that and say "well if we're talking about a guy whose face is granite, how about Mike Vick- his nasal cavaties is practically made out of rocks by now- so is he on Mount Rushmore?" No hes not and your a little bit racist for thinking that way.

So is Joe Flacco on the Mt Rushmore of Elite NFL QBs? I'll say it to you this way- maybe.

This year, the Ravens bolstered their offensive line and added talent to the receiving core this off-season. The Ravens are expecting much improvement from the offense and for Flacco to take the elite step.