2014 NFL schedule: Which teams have the easiest and hardest schedules?

One of the worst teams having to play one of the toughest schedules doesn't seem very fair, but that's life for the Oakland Raiders. The Colts have much better fortune and on paper have the easiest road back to the playoffs. Here's a full look at the hardest and easiest NFL schedules.

Share All sharing options for: 2014 NFL schedule: Which teams have the easiest and hardest schedules?

The drastic year-to-year change in the NFL makes it nearly impossible to determine the difficulty of a schedule until a few weeks into the season. Last year at this time, the Chiefs were coming off a 2-14 season and looked like a cupcake game for opponents in 2013. Kansas City was just the opposite, finishing 11-5 and making the playoffs.

What may look like an easy game now could be anything but when it actually arrives. The opposite is true, too. Playing the Falcons in 2013 appeared to be a tough challenge. They'd won at least 9 games in five straight seasons and were coming off a 13-3 season. Atlanta dropped to 4-12 last season and wasn't nearly as big of a challenge for opponents as many thought they'd be.

Strength of schedules can change drastically from April to January, or remain relatively accurate. The Lions and Rams were tied for the second-hardest schedule last offseason. Detroit finished with the 29th hardest while the Rams played the fourth-hardest schedule. We won't know how the 2014 strength of schedule will play out for another nine months, but here is how things stand on schedule release day.

A tough road ahead?

The official slate for 2014 has been released.

The 15 best games of the season

The full schedule for the 2014-15 regular season is out and we've got 15 games you should definitely pay attention to.

After a dismal season that saw them finish at the bottom of the AFC West, the journey out of the cellar won't be easy.

That's because Oakland has been cursed with the most difficult schedule as its opponents combined for a .578 winning percentage in 2013. While not an absolute in terms of how it will play out on the field, the schedule-makers didn't do the Raiders any favors by giving them non-conference road games against the Seattle Seahawks and New England Patriots.

Most of their misfortune, however, has to do with the fact Oakland will face three playoff teams two times each within the AFC West. That will include brutal road games in Kansas City and Denver, in two of their last three games. The good news for the Raiders? Carolina had the hardest strength of schedule last offseason and the Panthers went on to win 12 games.

With a new-look roster featuring fancy big names such as Eric Decker, Michael Vick and Chris Johnson, the New York Jets will be put to the test often with a schedule ranking just inside the top-10 most difficult at No. 9.

New York's opponents combined for a .520 win percentage in 2013. Taking on an AFC West which boasted three playoff teams will prove to be a challenge as the division remains largely intact in terms of key players. With the exception of taking on the Patriots and the Green Bay Packers on the road, the rest of the away schedule looks manageable. Three of their last four games of the season are road matches against the Vikings, Titans and Dolphins.

Despite facing the Oakland Raiders twice, the defending AFC Champions are faced with the second-most difficult schedule. In addition to squaring off against two playoff teams in the AFC West twice apiece, the Broncos will face the toughest road test in the NFL, traveling to Seattle for a Super Bowl 48 rematch. If that weren't enough to test the mettle of Peyton Manning & Co., the Broncos will travel to Foxborough to take on the perennially tough New England Patriots in Week 9. They finish the year at home against the Raiders at least. 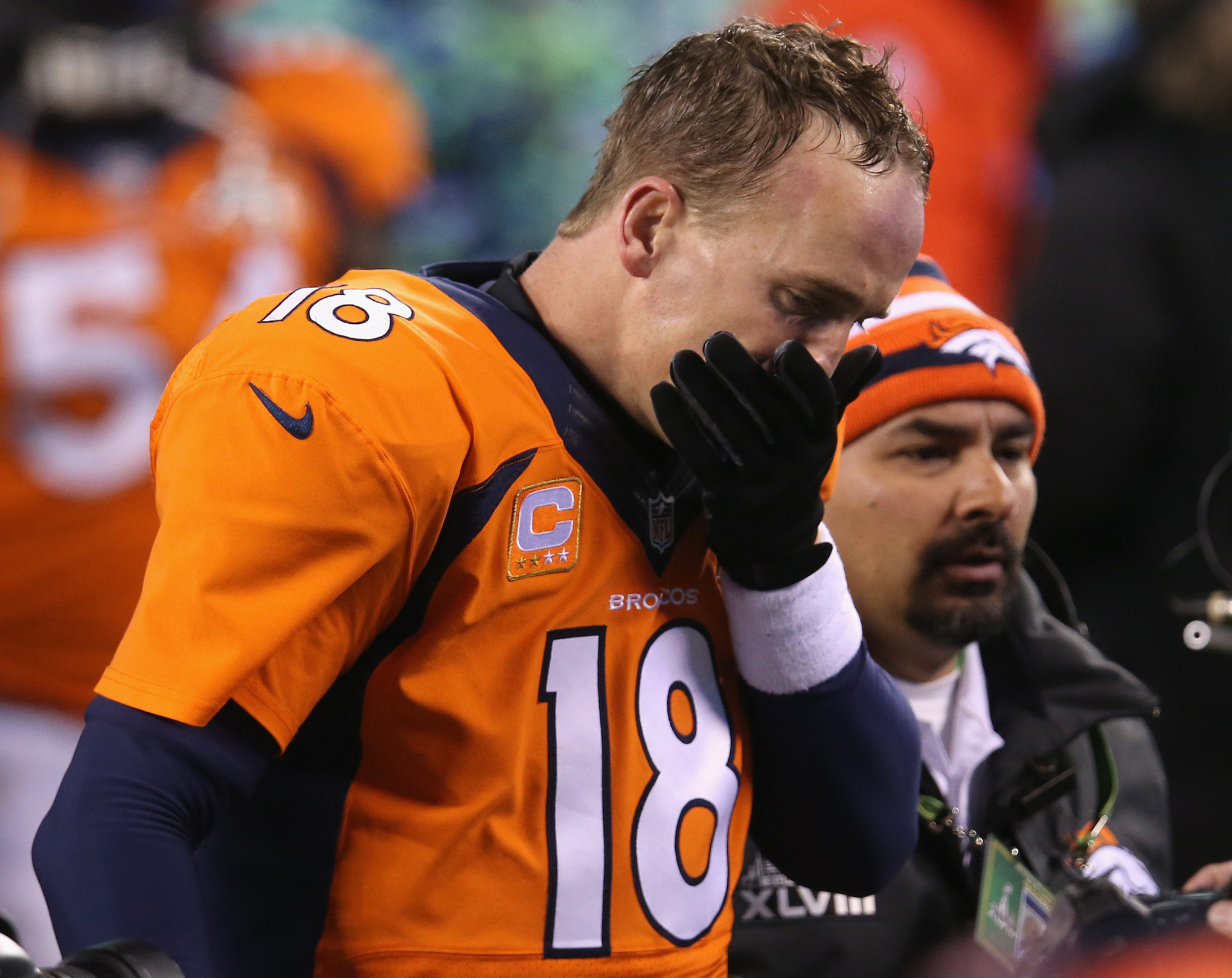 Easier paths to the playoffs?

The Colts' cakewalk to improve upon their advancement to the AFC Divisional round is due largely to the fact they play in the abysmal AFC South, which went a combined 24-40 in 2013.

They'll also face the NFC East, which only boasted one team above .500 last season in the Philadelphia Eagles. Indy will get Chip Kelly's squad at home and face the likes of the Cleveland Browns on the road. Its toughest test away from Lucas Oil Stadium will be when it takes on the Denver Broncos in the Mile High City for the season opener.

Luck and Co. get the Browns, Texans, Cowboys and Titans to finish the year.

Does strength of schedule matter?

On paper, the Colts have the easiest 2014 schedule. History tells us that may not mean much come January.

Does strength of schedule matter?

The Carolina Panthers will face opponents with a combined .473 win percentage from a season ago. The Atlanta Falcons' and Tampa Bay Buccaneers' 4-12 records have a lot to do with that low number.

But playing those teams twice each will do wonders toward making the Panthers' bid for a second consecutive playoff appearance a possibility. Standing in their way will be tough visits to Lambeau Field to face the Green Bay Packers and another to Cincinnati to face the Bengals. Those two playoff teams from 2013 figure to maintain their strong play on their home field and prove a difficult test for Carolina.

The Ravens failed to make the playoffs in their Super Bowl defense. The target is now off their backs and they have the fifth-easiest schedule on paper. Baltimore will have the benefit of playing the AFC South, which means games against Jacksonville and Houston. It will also play the NFC South and just six of its 16 games will come against playoff teams.

Baltimore will have a couple of difficult road games to manage, including trips to New Orleans to face the Saints and Indianapolis to face the Colts. Travel, however, should be fairly easy with no long trips to the west coast.

How does your team compare? Here is a full breakdown of the 2014 strength of schedules: