The Notebook: Is speed enough for Brandin Cooks?

Brandin Cooks can burn up the track, but is there more to him than a 40 time? Retired NFL defensive end Stephen White wrestles with that question.

Share All sharing options for: The Notebook: Is speed enough for Brandin Cooks?

Former Oregon State wide receiver Brandin Cooks was a relative unknown to me. I knew that he had a very good combine, but I haven't watched Oregon State play much over the last few years. I was excited to get the chance to take a deep dive into his play this year.

For the purposes of this breakdown I watched Cooks play against Colorado, Stanford, Arizona State, Oregon and Boise State. Those represented the fifth, eighth, 10th, 12th and 13th games of Cooks' final season, respectively.

It's one thing to run a fast 40; it's another to actually look fast when you are playing the game. Brandin Cooks has that peeeeeeewn about him where he always looks like he is going a hundred miles per hour. As I watched him play, I couldn't help but see a lot of former West Virginia wide receiver Tavon Austin, who went in the top 10 last year to the Rams, in his game.

On the field, of course, they both were utilized in a plethora of ways by their offensive coordinator. Both players were very productive for their respective teams, and Cooks won the Biletnikoff Award this past December which goes to the top wide receiver in college football annually.

Oh, did I mention that Cooks, like Austin, is also a fantastic punt returner?

Ok, so how does a guy like Cooks go so far under the radar that some people don't even believe he will be a first-round pick just a year removed from Austin going eighth overall?

Pull up a chair and let me explain.

A bad year to be short

I think I already wrote about this, but all things being even, if I have my choice between two evenly skilled wide receivers, I'm usually going to pick the taller of the two. No offense to short people. I want a guy who can not only make a play when everything goes right, but also go up over a defender and make a play when everything breaks down. That's my personal preference and bias, which I'll acknowledge right off the bat. 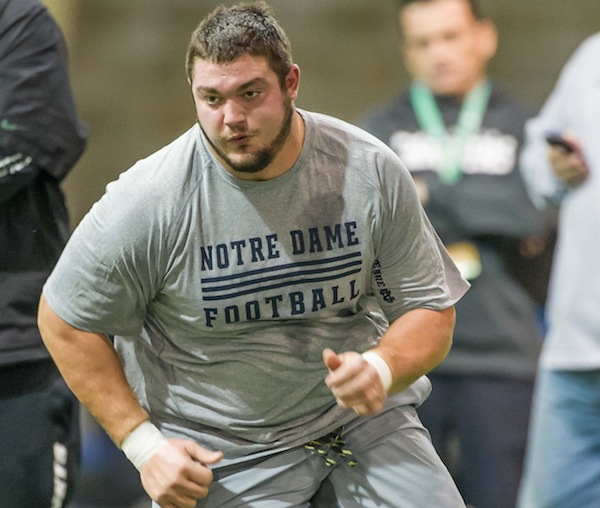 I'm not sure how much better some of the top wide receivers are than Cooks. I will say that I believe Sammy Watkins and Mike Evans are definitely above him on my totally fictional draft board. After that, who knows? For me, if it came down to a choice between him and a guy like Kelvin Benjamin, I feel like there's more upside to picking Benjamin because of his size. In Benjamin, you get a guy who can help get your perimeter run game going and improve your red zone stats in a hurry.

I'm not sure I saw Cooks catch a ball at its highest point even once in five games. That means no back-shoulder fades or jump balls in the end zone. There are some guys like Steve Smith who are relatively short, but still can consistently go up and make catches over the defender. Even though Cooks has an impressive 36-inch vertical, I just don't see him being that kind of guy.

He is also not all that physical after the catch. He isn't going to run through too many tackle attempts, which cuts down on his run-after-catch potential.

Of course, there's more than one way to get extra yards after the catch, which we'll get to in a minute.

There's a good chance Cooks would go in the top half of the draft in another year where there weren't so many dynamic wide receivers available. Unfortunately for him, it's 2014, and we still haven't come up with a time travel machine.

I've mentioned Cooks' speed before, and obviously if you are familiar with Tavon Austin and how fast he plays, then you should be impressed that Cooks had the faster 40 time of the two. That speed definitely jumps out on film.

Cooks ran a lot of what I will call specialty plays. Those are plays meant to get the ball to him in space and let him make something happen. That includes speed sweeps, screens and end-arounds.

Sometimes it was the blocking, sometimes Cooks just couldn't break a tackle. To me, that's one thing that Austin has over him. Austin was much better at making guys miss and running through arm tackles.

Having said that, when Cooks had the opportunity to turn on the jets you could cancel Christmas. The good thing is that he is a good route runner and knows how to get a little physical to get himself open. An NFL offensive coordinator shouldn't have much of a problem finding ways to get Cooks open in space.

Throwing a lot of deep balls to a short wide receiver usually isn't advisable unless there is a bust in coverage or he just blows past everybody. Otherwise, if you throw the ball in a situation where the short wide receiver is well covered, it's unlikely that he's going to be able to go up and make the catch.

With Cooks, I'm on the fence about whether or not his speed can make up for his lack of height on those deep balls.

It's hard to evaluate how much of a deep threat Cooks can be at the next level because in all five games, opposing defenses kept a safety over the top of him most of the time. That probably explains why he only had 14 deep passes thrown to him in those five games. He did catch eight of those 14, which is impressive, and several of those catches were outstanding.

You have to remember that NFL safeties are pretty damn fast in their own right. If the safety or the cornerback is in good position on a deep ball, can I trust Cooks to go up and make the play? I just don't know about that.

Of course, he could always be very productive out of the slot as a third wide receiver, if a team just concentrates on getting him the ball in space and letting him run away from everybody. That gets into the question of, what round should you pick a guy who will probably only be a No. 3 receiver but can also be a big factor on punt returns?

I'm glad it's not my decision to make!

There's one other thing that would worry me a little about taking Cooks early in the first round: his hands were a little flaky at times in those five games. You might recall that Kelvin Benjamin, a guy who gets knocked for his hands, had seven drops in the five games of his that I watched. Well, Cooks had six drops. And a possible seventh (I couldn't tell if the one early against Boise was a PBU by the linebacker or if Cooks got both hands on it). That's not good for a lil' fella.

You only get to be short if you catch everything that's thrown your way. Them's the rules. I didn't make 'em, so don't blame me! Most of these weren't the drops like Benjamin had, where he was trying to run before he secured the catch. Some of these were balls he looked all the way into, and they went through his hands at times.

His drop at the end of the game against Oregon pretty much killed his team's chances of winning. That's a pretty big deal for me.

Oh, he also dropped a punt in the Arizona State game and turned the ball over. You just can't have that!

All things considered, Cooks would make me nervous every time he has to make a tough catch. He makes his fair share, but the drops are a legitimate concern.

Keep in mind that the opinions I express in these breakdowns are mine and mine alone. I don't generally try to get into the brains of NFL GMs because a) it's probably scary in there, and b) they're all different anyway. What I will say is that there have been many scouts and front office people who missed on wide receivers because they figured with good coaching they could teach them to catch better. Speed kills, and when some guys see the low 40 times and the high vertical leap numbers, they just start salivating and figure they can fix everything else later.

Brandin Cooks is a fantastic player, don't get me wrong, but I'm betting someone drafts him higher than he is projected to go because they fell in love with his playmaking ability. Hell, I don't half blame them. When you see some of the things that Cooks does, it can definitely get you excited! However, the question has to be what can he do going forward, and I'm just not certain about that. The height and the drops would probably scare me off from taking him in the first round.

However, I'm not the one making those decisions.