2014 NFL Draft steals and deals: Finding the future stars among the late-round picks

Sometimes players fall for a good reason, but sometimes evaluators end up being very wrong.

Share All sharing options for: 2014 NFL Draft steals and deals: Finding the future stars among the late-round picks

Draft analyst and evaluator Rob Rang recently compared the act of judging a team's draft right after it's finished to complimenting a chef on his food just by looking at the menu. It's an accurate statement and one that I certainly heed respectfully. It makes the most sense to wait something like three years before really making an informed judgment, because there are just so many factors that play into projecting how a human being will perform.

However, it's pretty tough to look through Day 3 picks and to not think that a few teams made off like bandits with some of their selections. Let's take a quick look at a few picks that really stood out to me as great values, keeping in mind that sometimes guys fall for good reasons, but sometimes evaluators end up being very wrong about how good a player can and will be:

The best and worst from a frenetic weekend

I saw Freeman projected as high as the second round. The early fourth isn't a huge slide nor a big shock, but it makes Freeman a very solid value for the Falcons. Freeman is quick, explosive in a short area, physical, and understands pro-style pass protection concepts that should help him see the field early in his career as a third-down and change-of-pace back.

He emerged as the feature back for the Seminoles in 2013, when his vision and his ability to both slip through cracks in the defense and bounce off of hits make him a great pick for Atlanta.

McGill missed the entire 2012 season with a medical redshirt rehabbing a serious shoulder injury and then he was arrested for a DUI. He says he has put this issues behind him.

Reggie McKenzie and his Oakland team put together a pretty good menu this past weekend, if we're still going to use the kitchen metaphor. One of the mid-round highlights was Keith McGill, who lasted a little bit longer than some believed he would since he is a big, physical "Seahawky"-type cornerback thought to be more en vogue this season.

McGill boasts a 39-inch vertical leap and a 4.51-second 40-yard dash. He has adequate speed in a press-man scheme and physically looks the part with long arms and big mitts at 6'3, 211 pounds. The most common pro comparison I've seen made for McGill is Brandon Browner, and like Browner, McGill could develop into a fearsome cornerback in the right system with a specific responsibility.

The Steelers let Mike Wallace go in free agency before the 2013 season, but Pittsburgh got another speed merchant in Clemson's Martavis Bryant in the fourth round. I saw him mocked all the way into the early second round, so it was somewhat surprising he lasted all the way through the third. Perhaps it was the fact that he only produced for one year or perhaps there were other concerns about him that led to the fall, but what Pittsburgh gets are unteachable size and speed.

Bryant has more than enough athleticism at his disposal and displayed a knack for attacking the football outside the numbers and in the red zone. He seems to possess an ability to sink his hips and run crisp routes underneath; a necessary skill for an NFL receiver.

Though slightly undersized at only 218 pounds, Smith projects as an excellent option at weakside linebacker in Gus Bradley's 4-3 defense. Smith's best attributes -- play speed, instincts, play recognition, tackling and coverage -- should come in very handy as he's asked to flow to the football and fly around to make plays. 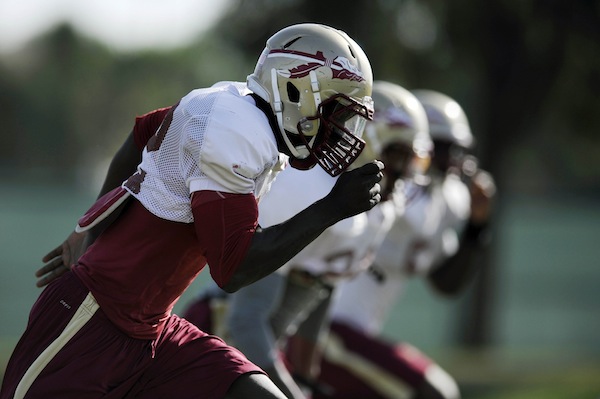 Based on the scouting reports I've seen, Smith is an emotional leader on the field and in the locker room. With the young, hungry and fast defense that Bradley is building in Jacksonville, this pick makes a ton of sense on several levels. It's surprising to me that Smith lasted all the way into the fifth round when I'd seen his projection as high as the second, but size concerns, scheme restrictions and a failed drug test at the combine likely hurt his stock.

Yankey is a bruiser with scheme versatility, and he should be a nice piece of depth on the Minnesota line in his rookie season. Some projections had Yankey as high as the first round, but Yankey eventually dropped.

Regardless, the Vikings get a multi-year starter at both guard and tackle. He comes with a pedigree from the well-respected Stanford Cardinal line, where physical play and toughness in the trenches are calling cards. The Vikings want to remain running-oriented, and getting Yankey in the fifth could pay dividends down the road.

Lynch is a classic boom-or-bust prospect with very good defensive end/outside linebacker-type athleticism. He was timed at 1.52 seconds in the 10-yard split of his 40, showing elite get-off speed. He has had issues with off-field distractions and effort on the field. Lynch looked like a star in the making his freshman year at Notre Dame, but he transferred to USF where he had to sit a year. He lost weight and then never really got back into form. If the Niners can keep him on track, Lynch has the potential to be a very nice addition and could end up being a huge steal.

Richardson had been touted as a surefire first-rounder during part of the college season, but his stock trailed off after the year ended, so Richardson was nabbed in the fifth. He offers excellent phone-booth power but can get swiped aside by savvy defensive linemen too easily, so he'll take a little development in the pros.

That said, he offers positional flexibility -- he played both tackle and guard in school -- and he's a road grader in the run game, which is certainly an attractive trait for a team featuring C.J. Spiller in the backfield. If the Bills move to perhaps a more wide-open, spread-type of offense going forward in order to feature their stacked corps of wide receivers, it might benefit Richardson, who is very experienced in that from his time at Baylor. 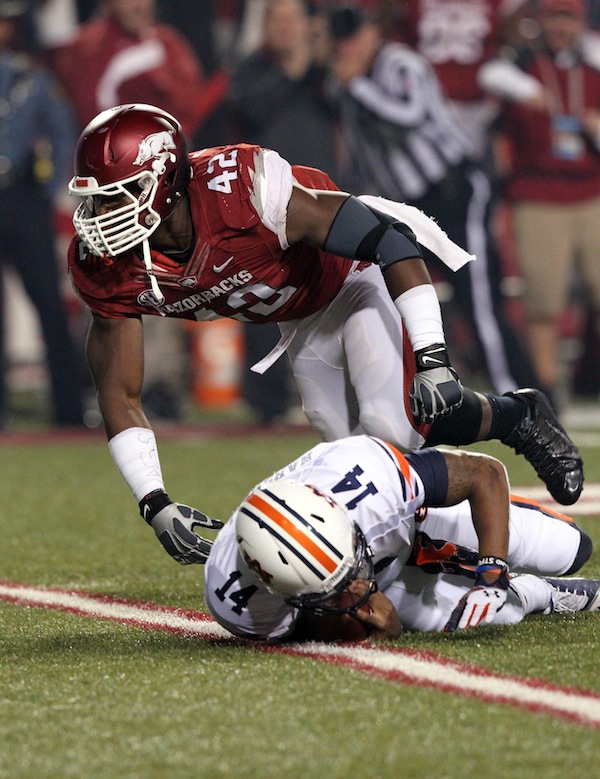 Gus Bradley strikes again. Smith provides positional versatility, able to line up at defensive end, rush linebacker or even drop back into coverage as a traditional linebacker where he boasts very good athleticism and body control.

I've seen comparisons to Charles Johnson thrown around, and while Smith may be a poor man's version of Johnson as a pass rusher -- he doesn't have many moves at the moment but does possess similar size and lower body power (37" vert at 266 pounds) -- Smith has some tools to work with in development. His height is probably one of the biggest reasons he fell into the fifth after being projected anywhere from the second to fourth, but it should be interesting to see how Bradley gets him involved early.

Abbrederis doesn't blow you away with his measureables, but he's extremely sure-handed and was absurdly productive for the Badgers after walking on in Madison. Abbrederis displays savvy in getting open, has excellent body control, is a good route runner, and should challenge for a roster spot in year one even with a deep positional group in Green Bay.

I like Seastrunk maybe more than others. He is a bit one-dimensional as far as the professional game goes. He caught almost no passes in college and isn't known for his pass protection chops, but when he's carrying the football it's beautiful to behold. He's absurdly explosive in his cuts and shows a rare burst once he gets to daylight. He's a former sprinter with rare speed.

That said, he's undersized to be a bell-cow back and likely fits best in a rotation. He's got some character red flags and isn't going to run anyone over or push a pile forward. Despite that, he's a nice fit in Washington's rotation and came at a great value.

"Larry" is a raw, physically gifted guard/tackle prospect with immense upside. That said, he's very inexperienced. He played in Canada and he'll take a little seasoning to get up to speed.

Still, Duvernay-Tardif plays with a nastiness that you can't teach, he's smart (he was/is in medical school) and has the physical tools to play in the NFL. He apparently fared very well against high-level competition at the Shrine Game and frankly, after all the buzz around him pre-draft, it's surprising that he fell to the sixth round.

Enunwa was one of my favorite later-round receiver prospects just based on his incredible physical makeup and production in his final year. He has prototypical size, is a force in downfield run blocking, can use his body to block cornerbacks out and post them up in the red zone, and ended the season with an absurd 12 touchdowns on only 51 catches.

He's a team captain whose only real issue is a case of the dropsies. Of course, this is an issue when "receiver" is your job title, but with a little work on the JUGS machine to shore up some of these drops, Enunwa could emerge as a very effective pro player.