The OTA and rookie minicamp season is upon us, and with it comes coachspeak, overanalysis, and optimism. Here's how to cut through the B.S. and get to the meat of these very important and not-at-all worthless offseason reports.

The NFL is quick to push the idea that "there is no offseason." There is, and it's happening right now. Look around you. Your Sundays are filled with engaging activities with your friends, families, and pets. It's been a good four months since you've stepped out of a damp Buffalo Wild Wings, driven the first three quarters of a mile home while your eyes were still adjusting to sunlight before realizing that it's 7:30 p.m. and very dark outside ... and would you look at that, you're actually in the backseat being driven home by your girlfriend's roommate because you drank too much again in order to make the afternoon Raiders/Chargers game interesting, and that's probably someone else's sick in the backseat cup holder anyway. Good for you!

Contrary to what the "no offseason" industrial complex would have you believe, we are in the most offseason part of the offseason right now: Spring OTAs. This is the time of year when teams get their first look at the rookies they've just drafted. The local press watches promising young players do things like make catches and stand around in shorts. This leads to much fawning and adulation. But if you're not a big NFL media guy, you might need a little help in figuring out exactly what to make of OTA press releases. Reports are still coming in, but here's what we know for certain.

That is precisely everything that comes out of a spring OTA or mini-camp press conference.

In fact, these press statements are so formulaic you can arrange them into little word clouds to help see the patterns. Here's a fun horse word cloud I made out of the Denver Broncos press release: 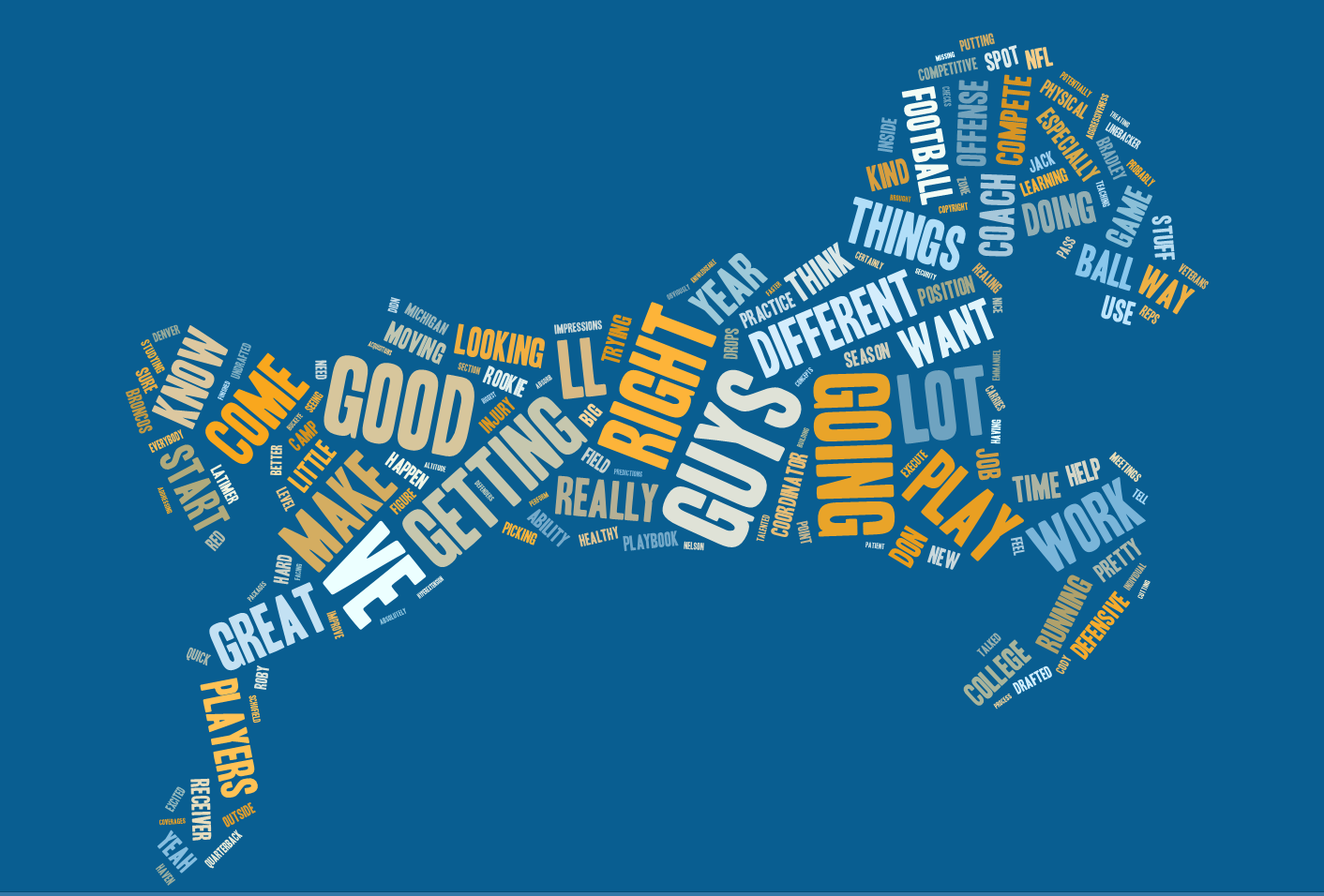 I call this, "Got a lot of great guys going good. Football players getting things going right, guys."

Now let's contrast this with the Jacksonville Jaguars word cloud. 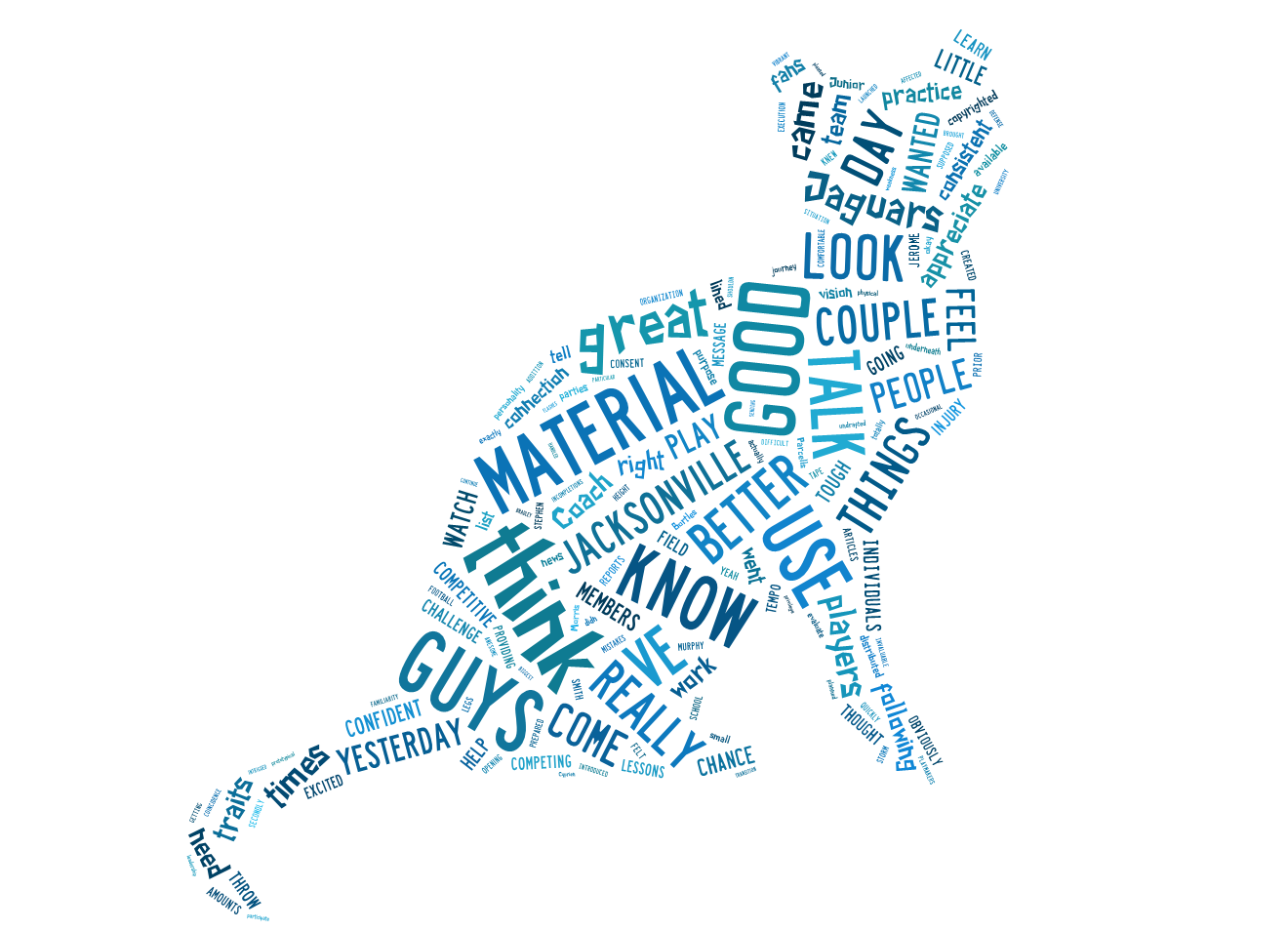 Now bear with me, because the only template I could find was for a common housecat. This template might be perfect because like the Jacksonville Jaguars, housecats:

This Jaguar word cloud is titled "Guys better think good, look great, use Jaguars material." Put a hashtag in front of that and I'd say the Jag's marketing staff can take the rest of the year off. You're welcome, by the way.

Now we've got the Bucs, who believe it or not, actually discussed a couple of football related things, most notable among them, the fact that Mike Evans caught a pass with one hand. This is kind of cool if you're a Bucs fan in the same way that it's cool when your friend's sister's six-month old baby measures in at the 98 percent of height for his age. It's nice to talk about at your Memorial Day barbecue, but until the kid does something really cool, like write you an Uncle's Day card or catch three TDs in a divisional game against the Saints, all it's really good for is filling the blank pages of the local papers during a long, newsless week in May. 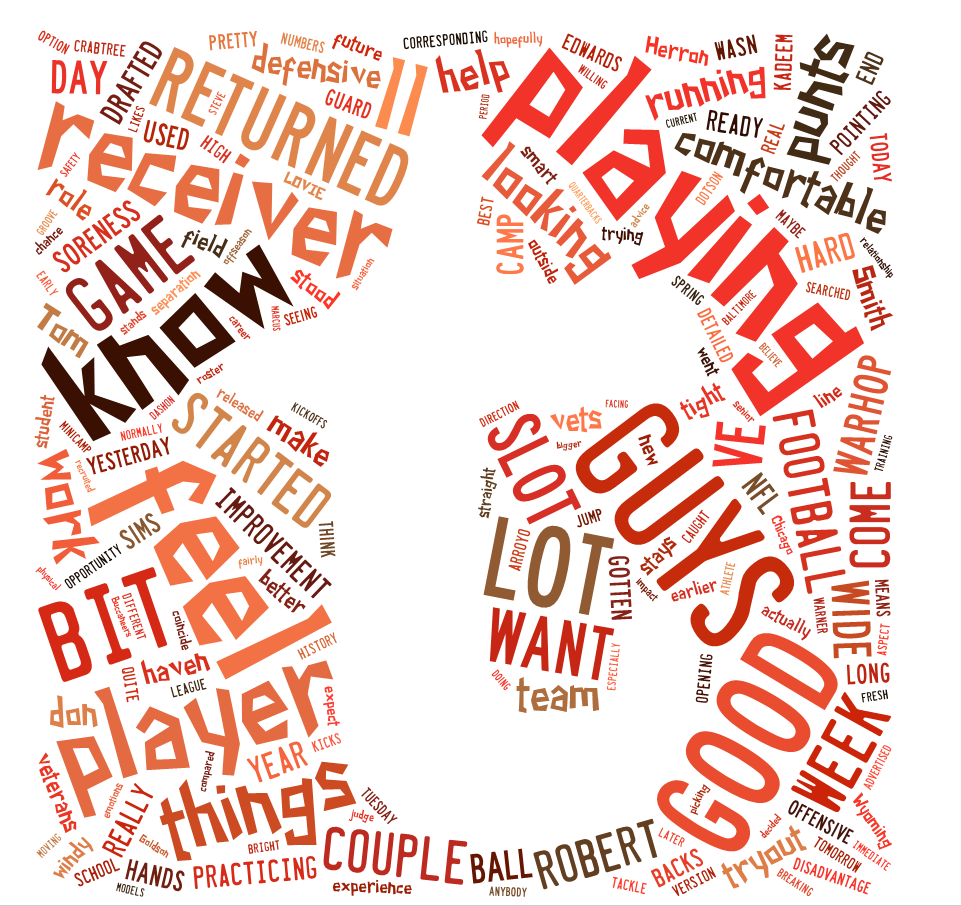 Now really the most impressive part about this exercise is getting to see exactly how far things have come in Tampa since last year. To demonstrate the degree to which things have changed I looked up all of the Bucs' press conferences from their 2013 OTA sessions and made it its own word cloud.

The difference was ... notable. 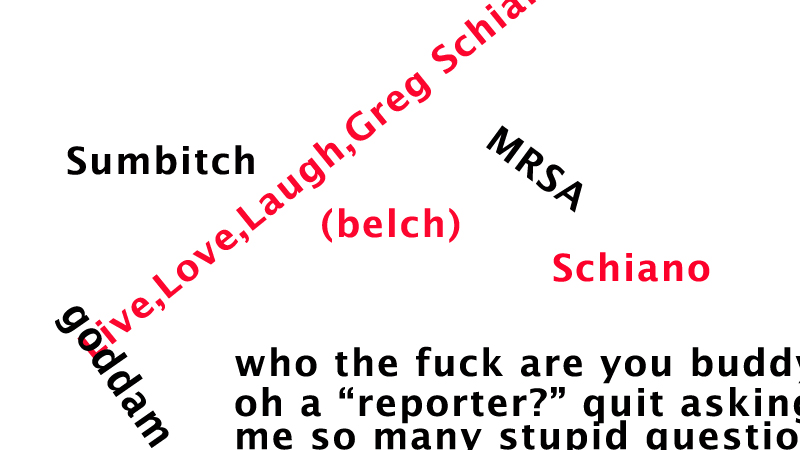 So I guess what we've learned is that the only thing that you can take away from any OTA reports is "Greg Schiano is not our coach," which understandably explains why there is so much optimism around this time of year.