After the Axe: Gary Kubiak just wants some peace

Ryan Nanni caught up with former Houston Texans head coach Gary Kubiak for a completely fictional interview. Gary harbors no hard feelings about what happened. He just wants his table saw back.

Share All sharing options for: After the Axe: Gary Kubiak just wants some peace

"I want to make one thing clear at the start: I'm not bitter. The NFL, maybe more than any other business, is results-oriented. The winners stay, and the losers don't, and the margin for error is razor-thin. That was clear to me as a player, and it was just as true for me as a coach."

And, honestly, I believe Gary Kubiak. He might feel a lot of things about his firing from the Houston Texans - regret that he couldn't squeeze out a few more playoff wins, pride that he took a team from the basement of the AFC South to back-to-back division titles, curiosity as to whether things would have been different with some better injury luck - but there's nothing angry in his words.

An exclusive and entirely fictitious interview

I ask Kubiak if, bitterness aside, he thinks he was treated fairly by the Texans. Given that he'd lost All-Pro running back Arian Foster, watched franchise quarterback Matt Schaub devolve into an interception factory, and suffered a transient ischemic attack on the sidelines halfway through the season, didn't he deserve a reprieve?

"You're presenting those factors as reasons," Kubiak retorts, "but they're just excuses. And football doesn't have any time for ex-"

He's interrupted midsentence by a clattering from the garage. We both rush to the window just in time to see a truck,with the license plate "T3XANS GM" speeding out of the driveway. In the bed of the truck is a table saw, tied down with bungee cords.

Kubiak sighs. "I must have left the garage open. But that's how it works in this league. Listen, can we cut this short? I gotta go to Home Depot and replace that before my wife gets home."

We resume our conversation a few days later over lunch at a local diner. It's a quiet place, where Kubiak is still well-liked and knows he'll have privacy. He insists he doesn't want to talk about the table saw theft, so I return to the subject of his firing. Could he point to a time when he knew his job was in serious trouble? Was he shocked that the Texans took the step of relieving him with three games left to play?

Kubiak pauses before answering. "That really rubbed my family the wrong way. I remember my wife just standing there and asking 'when you've given a team that much time and energy, don't they owe you an exit that has some decency? That has some respect?'"

He takes a bite of his BLT and looks out the window.

a man in a Texans windbreaker walks up to the table, hands me a piece of paper, and starts wolfing down the rest of Kubiak's sandwich.

"But, again, that's how we do things. I can't tell you how many players I had to cut without giving them much, if any, warning. The only problem I had with the timing was that it didn't make sense from an evaluation standpoint. We were already out of the playoffs. There wasn't going to be a replacement hire made before the end of the season. And, had I been the one making the decision, I'd have wanted to see what happened over those three weeks. Even in a down year, that's a good time to tell which players are developing and which aren't. The same is true of coaches."

Kubiak's phone starts buzzing, and he excuses himself from the booth. As I start to work on my notes, a man in a Texans windbreaker walks up to the table, hands me a piece of paper, and starts wolfing down the rest of Kubiak's sandwich. When I try to protest, he gestures forcefully at the paper. It reads as follows:

After careful consideration, we have decided to remove Gary Kubiak as eater of this sandwich. We thank Gary for his many years of lunch and wish him all the best in his future meals.

When I look up, the man is gone, and all that's left on the plate are some shreds of lettuce. Frantically, I start thinking of how I can possibly explain this to Kubiak when he sits down and, without a word, takes the paper from me. A sad smile creeps across his face.

"One more thing I won't get to finish," he says.

We spend the drive back to Kubiak's house talking about the future. He's excited to get to work as the new offensive coordinator in Baltimore, where he thinks he can get Joe Flacco back on track. His oldest son, Klint, is beginning his second year as an assistant in Minnesota. Much of Kubiak's career is a rarity - nine years with the same team as a player, nearly eight more continuously with another as a head coach. It could be worse, and he seems to know that.

"Would I like another shot at running a team? Of course," Kubiak says as he goes to open the front door. "Right now, though, my fo-hell, why won't this key work?"

The door opens. It's Wade Phillips, wearing a sweatshirt with INTERIM HUSBAND embroidered on it.

"Can I help you, young man?" Phillips says. 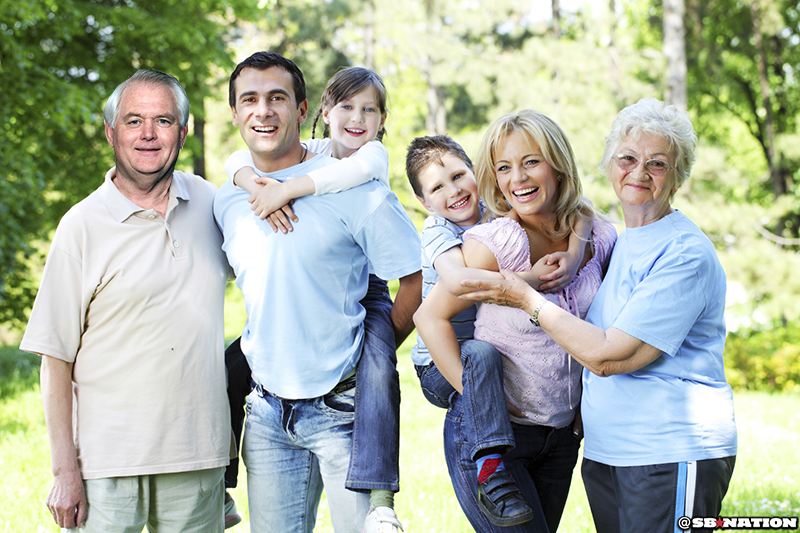 For the first time since I've met him, Kubiak gets angry. Really angry.

"YOU CANNOT DO THIS, WADE. THIS IS MY FAMILY. YOU DON'T GET TO JUST LURK IN THE BACKGROUND AND WAIT FOR ME TO HAVE A BAD DAY AT HOME. IT DOESN'T WORK THAT WAY. BEING PART OF A FAMILY IS NOT THE SAME THING AS BEING EMPLOYED BY A FOOTBALL TEAM. AND YOU NEED. TO. UNDER. STAND. THAT. YOU ARE NOT MY WIFE'S HUSBAND."

I left before the police arrived.