How do the NFL's best linebacker corps stack up? Danny Kelly looks at the teams with potentially the most dominant groups in 2014.

The NFL's primary free agency period is over and the 2014 Draft is in the books. Now that OTAs and minicamps are in session, it's reasonably safe to look forward at projected NFL rosters and depth charts to get an idea of the major contributors at each positional group, and while doing this, start to piece together where teams are strongest, deepest, most talented, and conversely where they're thin or threatened. Earlier this week, I looked at the NFL's best defensive lines, and today I'm breaking down some of the league's best or most promising linebacker corps.

Note that for this exercise, I'm not sticking to the letter of the law when it comes to actual "linebacker" positions. For the defensive line, I included 3-4 outside linebackers because of their primary duties on the line of scrimmage and in rushing the passer. Conversely, for this post, I tried to mainly include players that align off the line of scrimmage and are asked to run in pass coverage rather than rush the passer.

I included 11 NFL clubs on my list of linebacker corps, all teams with the most realistic shot at being among the NFL's best in 2014. That said, I'm sure I overrated, underrated, or forgot about a couple teams with strong linebacker talent and depth within my list. Here goes ...

The Niners have the best linebacker corps in the NFL, even per my criteria that takes Ahmad Brooks and Aldon Smith out of the equation. Why? All-Pros NaVorro Bowman and Patrick Willis patrol the middle of the field for San Francisco and both are versatile and athletic enough to stay on the field for nearly every defensive snap their team takes. In a sub-package dominated world, it's impressive to watch a team leave their sturdy run-plugging inside linebackers on the field to play one-on-one in coverage with highly-athletic slot receivers and tight ends in nickel looks.

Bowman in particular displayed an absurd -- freakish -- ability to nearly instantly diagnose an offensive play then seek out to destroy the ball carrier or pass catcher in 2013. There were times where it literally looked like Bowman knew the play before the offensive linemen moved, and for Niner fans that watched him closely this year, that won't sound hyperbolic.

Beside him, Willis has continued to perform at elite levels and while he may have been surpassed by his teammate as the best linebacker in the NFL, that's hardly a knock on the seven-year veteran. 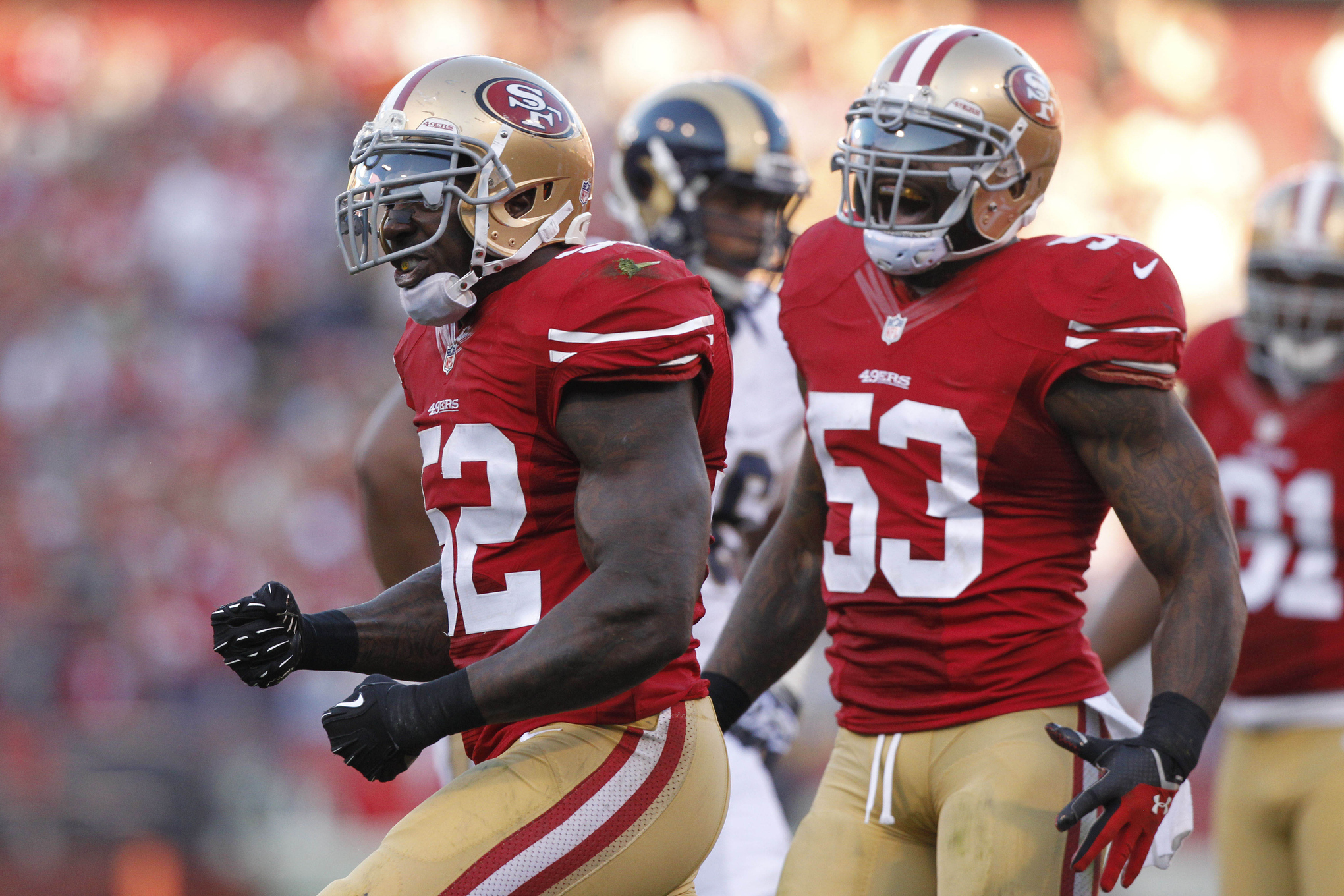 Now, Bowman is recovering from an ACL tear, so his early season status may be in question, meaning San Francisco's depth will be tested early most likely. The Niners addressed this need for depth by selecting Wisconsin's Chris Borland in the Draft, and he'll come in and compete against Nick Moody, Michael Wilhoite, and Shayne Skov for snaps early on.

The Bills already had a very nice group of linebackers in 2013 featuring Nigel Bradham, Manny Lawson, and highlighted by Kiko Alonso's Defensive Rookie of the Year performance. Alonso racked up an impressive 159 tackles while adding 11 passes defensed and four picks in his premiere season out of Oregon. Alonso is an instinctive, fast-flowing and aggressive linebacker built in the "new-school" mode which asks for more speed and coverage ability.

Because of this, he will now play on the weakside in base downs his sophomore season with the addition of Brandon Spikes in free agency. Spikes, a fearsome old-school run stopper that has yet to prove he's a three-down player, will likely rotate a little bit with Bradham and Alonso in nickel or third down looks, as both are strong in pass coverage. Alonso in particular

With the selection of Preston Brown in the Draft, Buffalo's linebackers group gets another talent infusion, and with Ty Powell and Keith Rivers for depth, I like the group they've built there.

How do the NFL's best defensive lines stack up? Danny Kelly looks at the teams with potentially the most dominant fronts in 2014.

If anyone gives NaVorro Bowman a run for his money as the best inside linebacker in the NFL, it's Luke Kuechly, the winner of the 2013 NFL Defensive Player of the Year. Kuechly can do it all -- sniff out and stuff the run, drop back in zone coverage, and even run in man-to-man with tight ends or running backs. His athleticism and excellent ability to diagnose offensive plays sets him apart from the field. Of course, Thomas Davis is no slouch either, and when paired with Kuechly, this duo do their part to make Carolina's front-seven among the absolute best in the NFL.

Bobby Wagner, like Kiko Alonso, fits the "new-school" mold as a fast-flowing, undersized sideline-to-sideline MIKE linebacker. He's incredibly instinctive and quick-reacting, and his 4.4 speed is apparent in his style of play. At the weakside spot, Seattle features K.J. Wright, whose size, length, and special ability to diagnose offensive plays mean he's rarely out of position. Opposite Wright, the Hawks rotate hybrid pass-rusher and strongside linebacker Bruce Irvin and Super Bowl XLVIII MVP Malcolm Smith, utilizing their speed and athleticism to stop the run with vigor and cover a lot of ground underneath their excellent secondary. 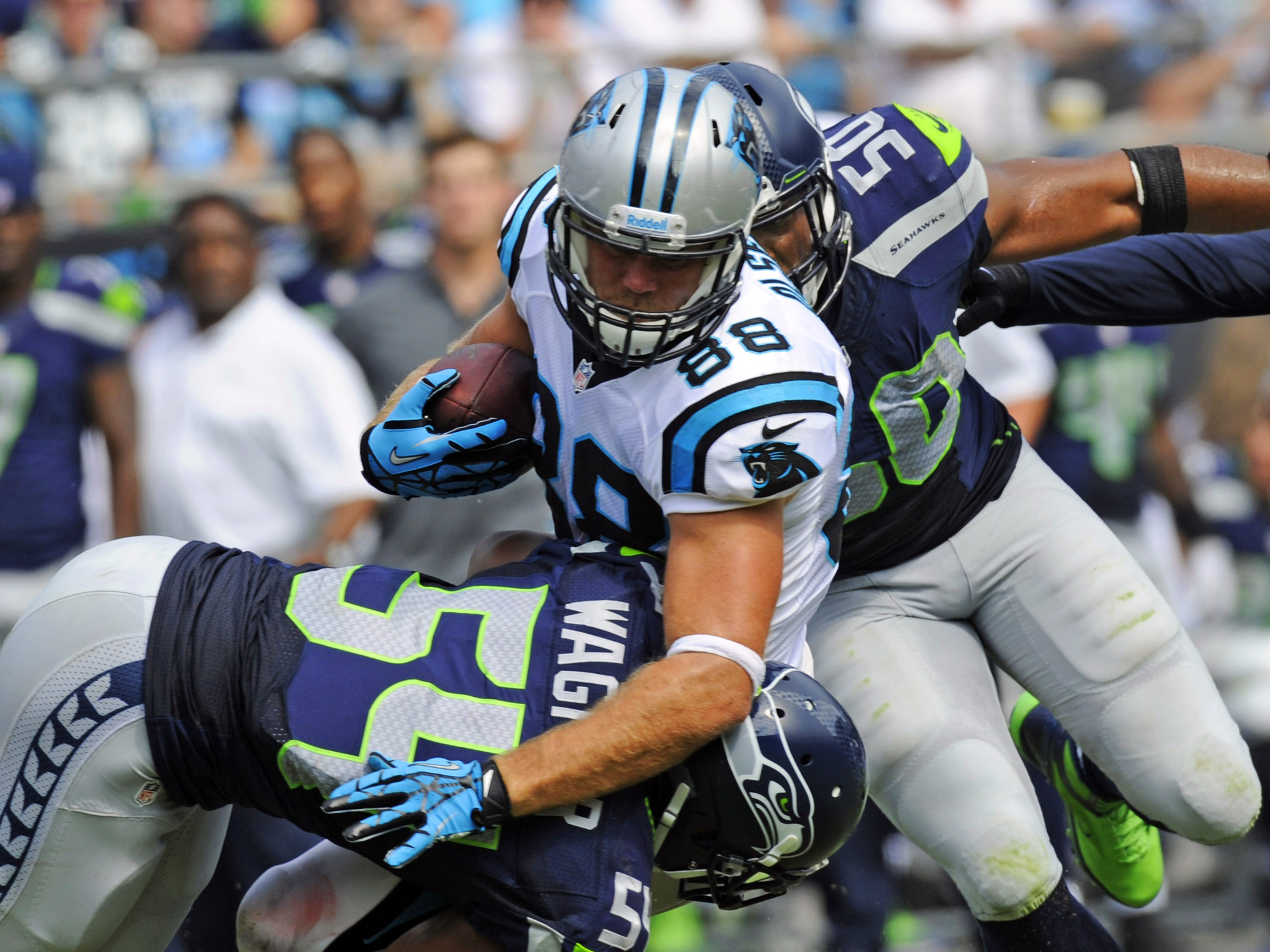 Few teams have the speed at linebacker that the Seahawks' feature, and they upgraded that this year with the selection of highly-athletic Kevin Pierre-Louis, out of Boston College. Add a high-ceiling backup in Korey Toomer and an intriguing UDFA in Brock Coyle, and Seattle has one of the deepest and talented linebacker corps in the NFL.

Most now now the story of Burfict, who fell from grace prior to the Draft with disastrous Combine performances and interviews, but has excelled on the NFL football field. Burfict led the NFL in tackles in 2013 with 171, and obviously figures to be a key player in Cincy's defense in 2014. Around him, the Bengals have some talented pieces in sophomore Jayson DiManche and veteran Vincent Rey; Rey Maualuga is a steady presence and will look to bounce back in 2014, and Taylor Mays will reprise his hybrid SS/OLB role that showed promise last year.

Cincinnati has a few high-upside athletes in Dontay Moch and Marquis Flowers that they'll hope to utilize, and Sean Porter and Brandon Joiner provide depth. All together, it's a deep corps of linebackers, one of the better in the NFL.

Battles looming for Smith, Cassel & others

Six teams have unsettled quarterback depth charts. Which newcomers have a shot to wrest away a starting job before Week 1?

Battles looming for Smith, Cassel & others

Contenders for the crown

The Steelers, as a franchise, are known for their linebackers, and with a core cadre on the interior that already included Lawrence Timmons and Vince Williams, the Steelers were already in okay shape. However, after adding Ryan Shazier in the first round, this group just got a lot more interesting. Shazier has elite speed and a nose for the football, and was one of the more exciting defensive players to come out this season. He'll give the Steelers a dynamic on defense that they didn't have last year.

The addition of Jordan Zumwalt in the sixth improves the Steelers' depth greatly, and while he may play outside in their system, he has the ability to kick inside in a pinch. Zumwalt is one of the most ferocious, aggressive, passionate football players to come out of the Draft this year and should fit perfectly with Pittsburgh's culture of toughness on defense.

It's a little tough to project exactly what the Titans new hybrid 3-4 defense will look like so it's also a little tough to pigeonhole any of their linebackers as pure pass rushers vs. pure inside linebackers, but taken as a whole, it's a very athletic, impressive group. Brown and Gooden both boast elite sideline-to-sideline speed, and Woodyard and McCarthy are both respected vets. This will be an interesting group to watch in 2014 under new defensive coordinator Ray Horton. 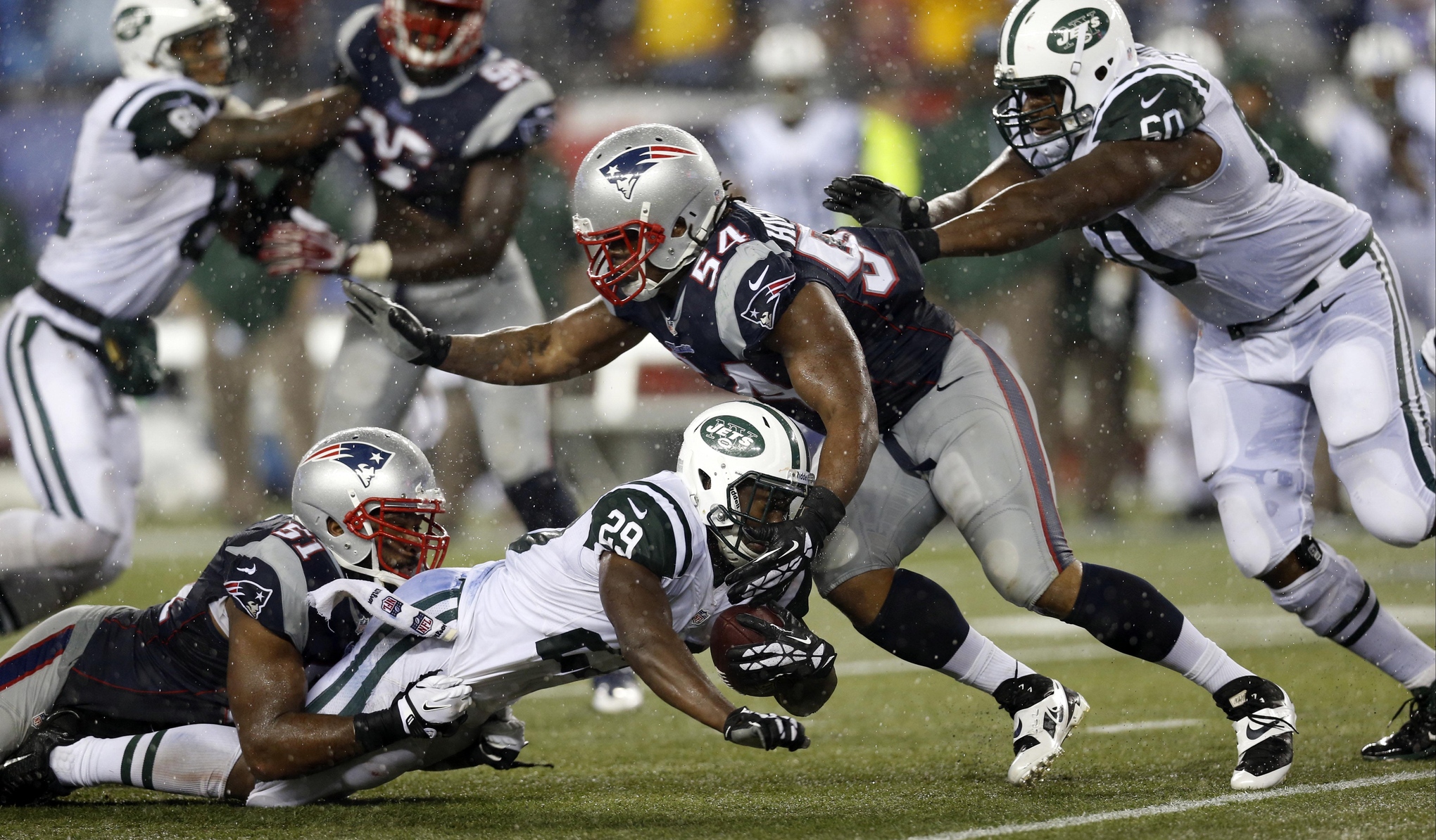 With the breakout play of both Hightower and Collins last year, the Patriots emerged with one of the better starting linebacker corps in the NFL. Depth is tenuous, but with luck in the health department and further development from Collins, New England will be in good shape.

The Bucs have one of the best linebackers in the NFL in Lavonte David and his role in Lovie Smith's defense in 2014 should be very interesting to watch. David could be a breakout star going forward (if he's not already well-known nationally), and has a great chance at being named All-Pro again. Next to David, you'll see Mason Foster, a solid middle linebacker. After that, the Bucs have some questions at the SAM -- and this is why I've included them in the "wild cards" category. If a solid starter emerges at the strongside, the Bucs' starting linebacker group will be a strong one.

The Ravens' inside linebacker group has one of the highest ceilings in the NFL, but is still largely unproven. The thought of a C.J. Mosley-Arthur Brown combination is intriguing, and Daryl Smith is a quality player in the middle as well. This is a unit to watch.

The Raiders have another high-ceiling, extremely athletic linebacker group. Sio Moore will be looking to improve on a nice rookie season and will line up opposite the number five overall pick in Khalil Mack, right now slated at the SAM spot. Roach is a solid veteran in the middle. The Raiders, of course, could get pretty multiple up front and ask Mack to rush the passer, so getting Burnett, Maiavia and rookie Carlos Fields on the field is a possibility.

As I said last week, I'm not going to pretend I got all these in the correct order, and I'm sure I left a few candidates off the list, so in the comments below, let me know where you differ in opinion or let me know where I missed the mark.