Taylor Lewan is headed to the Titans with the No. 11 overall pick, where he is expected to shore up a shaky offensive line. Lewan was one of the most athletic linemen in the draft, but he played on an abysmal Michigan offense in 2013.

Share All sharing options for: NFL Draft results 2014: Taylor Lewan goes to Titans at No. 11

The Tennessee Titans selected Michigan offensive tackle Taylor Lewan with the No. 11 overall pick in the 2014 NFL Draft. Lewan was considered among this year's elite offensive linemen, along with Jake Matthews, Greg Robinson, Zack Martin and Cyrus Kouandjio. Because of the struggles of Michigan's offense, he may also be the most unknown quantity among the five.

Stephen White took the Wolverines to task in his breakdown of Lewan's game tape:

I didn't see much of that in the five games that I watched. Furthermore, why in the HELL did Michigan keep a tight end to Lewan's side so damn much? He obviously didn't need the help. The quarterback was right-handed anyway (with bootlegs you like for the tight end to be lined up to the side of the quarterback's throwing hand), and they could have potentially had a wide receiver there instead of a tight end. It would've increased the chances of success on passing downs as well as run downs if you get the opposing defenses to spread themselves out. But is that what Michigan did?

So White didn't get a complete gauge of Lewan's game, but he was happy with what he was able to glean. Lewan was still ranked among the top players in the 2014 NFL Draft by most outlets. He was SB Nation's third-ranked offensive tackle and No. 11 overall player on the top 200 big board.

In four seasons with the Michigan Wolverines, Lewan appeared in 50 games at left tackle, starting in 48 of them. After earning first-team All-American honors as a junior, Lewan received second-team recognition from most publications, including the Associated Press, after his senior season.

Lewan was one of the most athletic performers at the NFL Combine, especially among offensive linemen. His 4.87 40-yard dash and 9'9 broad jump were the best at his position. However, most of the attention went to Lewan's comments on off-field issues that were described by SB Nation's Dan Kadar as "puzzling." 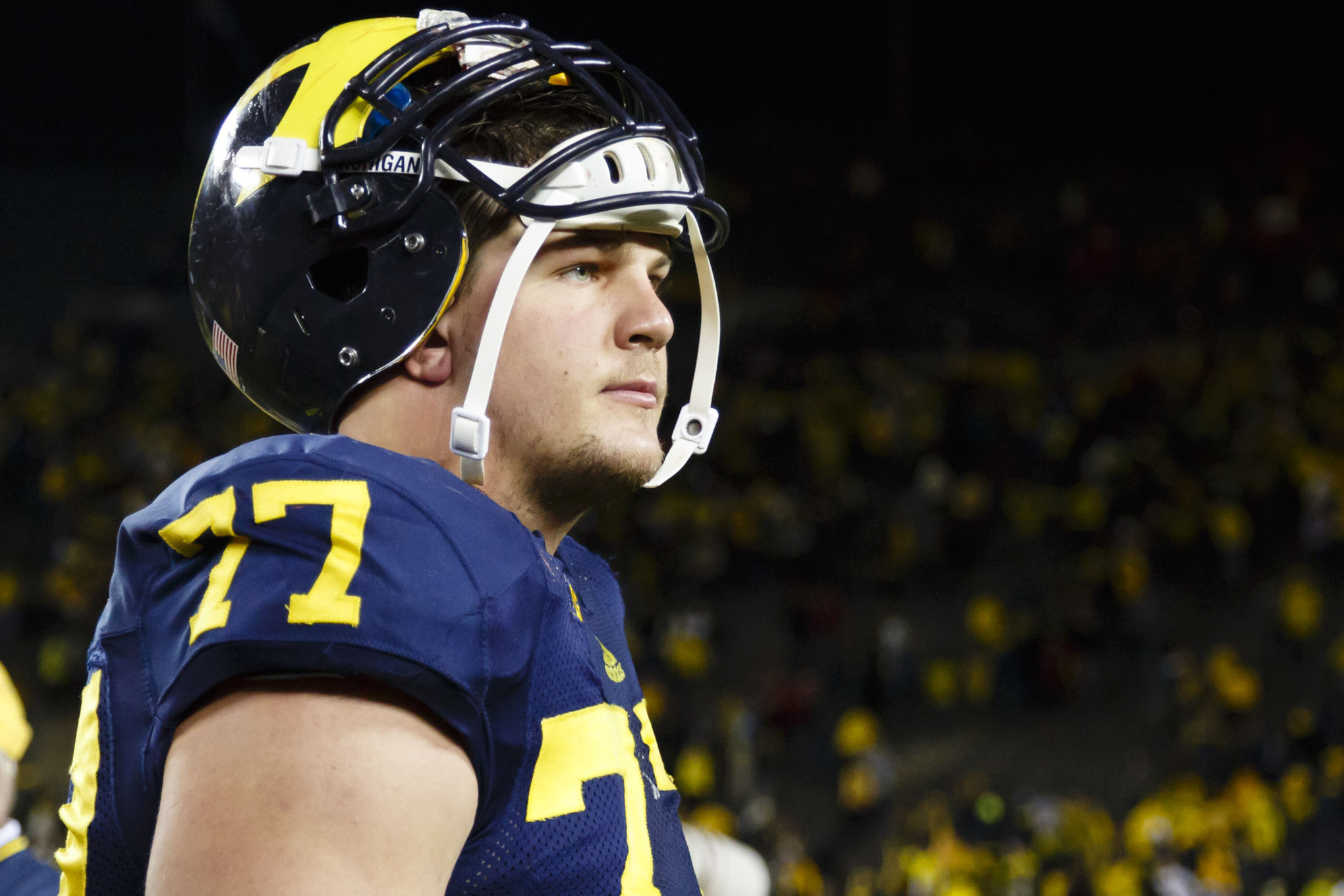 The offensive tackle currently faces three assault charges stemming from an incident in December, although he claimed at the combine that he was simply trying to "help out a situation."