Scenes from a tense night in Cleveland

Browns fans had to suffer just little more before they got their wish.

Share All sharing options for: Scenes from a tense night in Cleveland

It was a tense night in Cleveland. With two picks in the first round of the 2014 NFL Draft, long suffering fans were counting on something big with the fourth and 26th picks. They wanted a quarterback. They wanted Johnny Manziel.

And they got a trade to start things off, with the Bills moving up to four and the Browns moving down to nine. Then they traded up one spot to number eight ... and got Justin Gilbert, a cornerback.

Let's follow the bipolar fun with the comments at Dawgs By Nature.

Waiting for next year already. I love you Cleveland.

Back to the question of when? How about ...

The tension built. A few cracked.

Their faith in the homeless guy running the team was shaken. 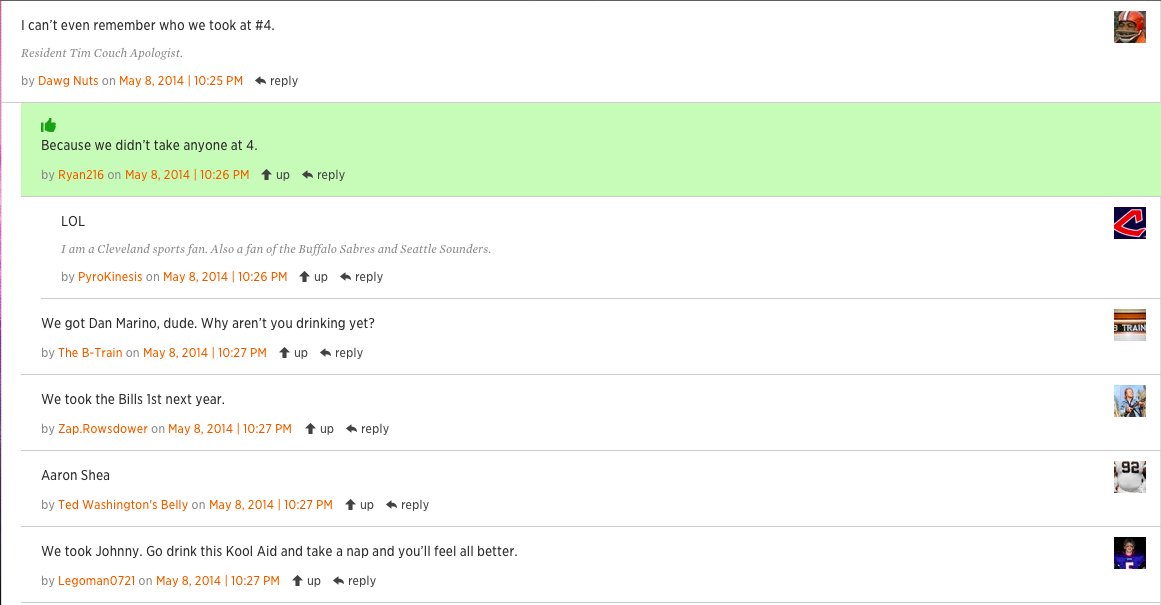 Annnnd it's another trade. At this point, they're obviously just trolling these fans. 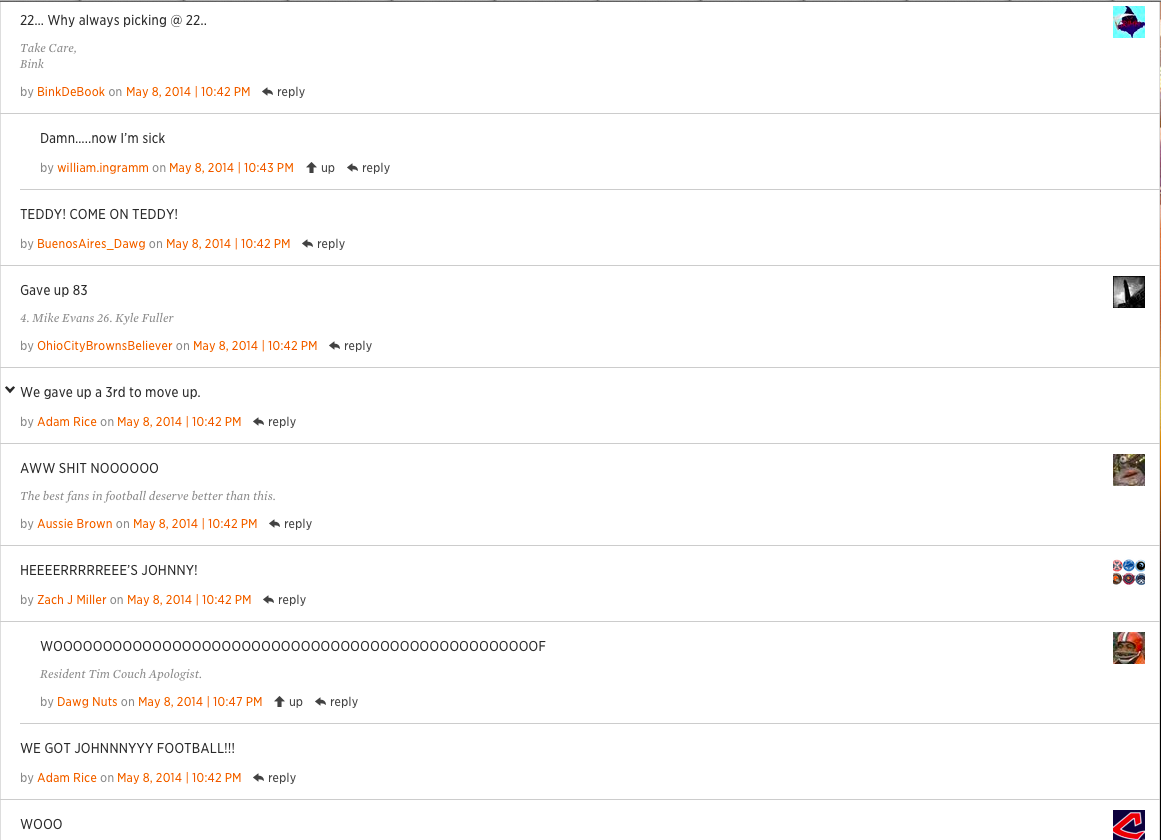 Yep, the Browns have drafted QBs at 22 before, perhaps you've heard of Brady Quinn and Brandon Weeden?

Finally, it happened. They got their man. And we got the most Browns comment EVER.