12 questions (and answers) that explain the 'Redskins' trademark case

The Washington NFL team plans to appeal a Patent Office decision to reject its trademark. What does it mean for the future of the team's nickname? And how might the appeal process play out? SB Nation spoke with intellectual property attorney Brad Newberg for more insight into the process.

Share All sharing options for: 12 questions (and answers) that explain the 'Redskins' trademark case

Brad Newberg is a northern Virginia intellectual property attorney, with extensive trademark experience, who has also written for SB Nation in the past. He's been quoted regarding the Redskins trademark issue in numerous publications. SB Nation's Ryan Van Bibber interviewed Newberg to get detailed, un-biased answers for all your legal questions so you don't have to sift through sound bites.

Brad Newberg: The Trademark Trial and Appeal Board ("TTAB") of the United States Patent and Trademark Office ("PTO") decided that six Redskins trademarks, which had been issued by the PTO between 1967 and 1990, should be canceled because the marks are disparaging to Native Americans. The marks include the term "REDSKINS" in various forms and designs, as well as a WASHINGTON REDSKINS logo including the Native American face that we are familiar with on Redskins helmets.

What was the rationale for the ruling?

BN: The TTAB had to decide two main issues: Was the meaning of "REDSKINS" in terms of how the mark is used by the team a reference to Native Americans? And, is the meaning of the marks one that may disparage Native Americans? Importantly, to cancel the marks, the TTAB had to find that the answer to both questions was "yes" at the time the mark was registered, as opposed to as of 2014. The TTAB did not have much difficulty with the first question given how much Native American imagery the team has used in the past, including in a couple of the marks/logos themselves.

it could find that "at a minimum" 30% of Native Americans opposed the name, which the Board found satisfied the substantial composite test.

What about the evidence that a lot of Native Americans support the name or do not find it disparaging?

BN: That evidence was found largely irrelevant by the TTAB as the focus was on whether the percentage of the group that does find the mark disparaging meets the threshold. The PTO and TTAB have found marks to be disparaging even when they were being used in a positive light to promote the group in question, such as in the Heeb Media case. The Redskins opinion noted that the TTAB had never allowed a mark where the term used was generally considered a racial slur and the mark was referring in some way to the group in question.

What does this ruling mean? If the ruling is upheld, does it mean the team will have to change its name?

BN: Definitely not. To have a trademark means that you have a monopoly over the use of that mark for certain goods and services, so, with certain exceptions, when consumers see the mark, they know that the brand owner is affiliated with the good or service or sponsors it in some way. There is no question that if the ruling is upheld, it will be meaningful to the team, but, from a legal perspective, this opinion does not affect the team's ability to use the name. What it might affect is the team's ability to police the name and stop others from using it on goods and services without permission.

Does it take effect right away? 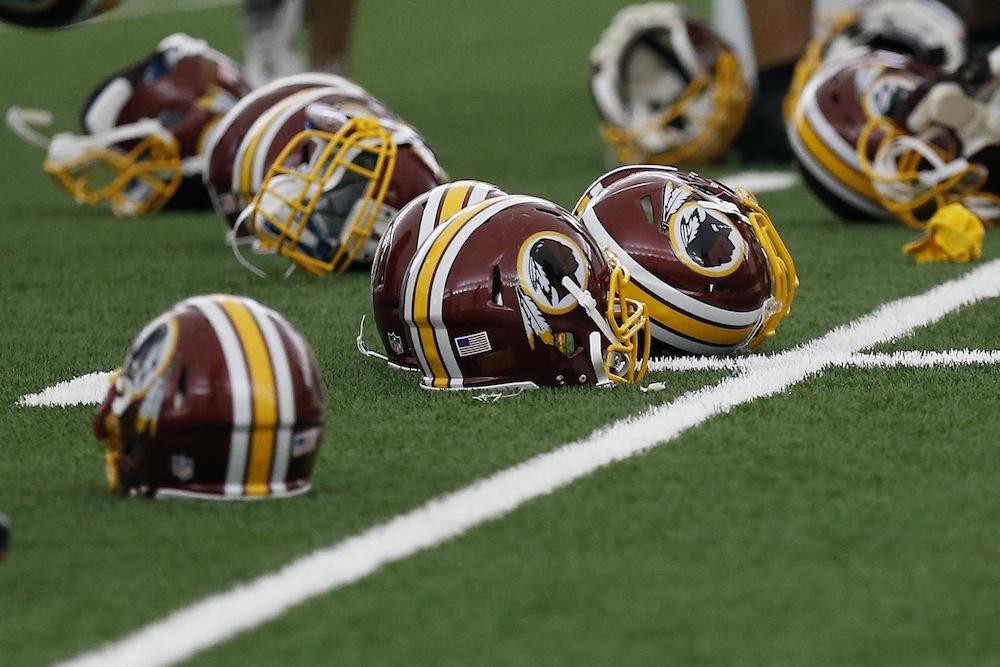 What does the appeals process look like and how long does it take?

BN: It is most likely that the team will file an appeal in the United States District Court for the Eastern District of Virginia (although they could try to go directly to the Federal Circuit Court of Appeals). That is known as the "Rocket Docket" because that court processes claims faster than any other court in the nation. So, you can be sure that the resolution of this issue will go much quicker than it did in the first go-around on the Board's decision in 1999. That being said, it is almost certain that whichever side loses in that venue will appeal that ruling to the Circuit Court. Plus, the team really has no incentive to speed things up given that they have full rights while the appeals process continues. So, while quicker than last time, we are still looking at a couple of years. If you are wondering, there is almost no chance that the United States Supreme Court would hear an issue like this, so the appeals will likely end at the circuit level.

Will the team still be able to use state and common-law rights to protect the trademark?

BN: They will certainly try, and it would be very risky for some small operator to attempt to use the mark and have to pay the attorneys' fees to defend itself in court. If someone does decide to defend against such a claim, their attempted defense will likely be related to the doctrine of unclean hands and to say that common law rights are typically used when there is no registered trademark in the first place. Defendants will claim that because the mark was specifically found not to be capable of trademark protection at the federal level due to a disparaging nature, the team should not be able to enforce those rights under state or common law. It is anyone's guess as to who would win such an argument and it is possible that the team could win some cases and lose others on the same arguments in different courts.

Are there differences between using the name and the logo and the colors?

BN: Yes. The TTAB decision, if upheld, only involves trademark rights. Even if the team no longer had any trademark rights at all regarding the logo, because it is a creative design, the team would still have copyright rights, which are probably even more powerful. Also, there are cases that have found college or team colors to be protectable trade dress, meaning that even if someone could use the word REDSKINS on a t-shirt, they might not be able to do it on a burgundy and gold shirt.

Why was this decision only regarding old marks? Weren't there any registered marks for Redskins over the last 20 years?

BN: Actually, no. All such applied for marks, both by the team, and by third-parties in the last 20 years were either rejected, or in most cases, put on hold regarding the outcome of these issues.

Wasn't there a case like this previously that the team won on appeal?

BN: There was. The TTAB made a similar decision in 1999, which was reversed by the District Court in Washington DC based on two findings: that the TTAB did not have substantial evidence before it showing disparagement, and that the case was barred by the doctrine of laches [a claim cannot be enforced because a long delay has hurt the opponent], in that the petitioners waited too long after they turned 18 to make a claim that they were harmed by the trademark registrations. The appeals court affirmed on the laches ground without really addressing the merits.

Won't the outcome of the appeal be the same as the last one?

BN: It might. Despite what you might have heard, the team will certainly still argue laches even though the petitioners this time were all 18 or close to it. Some believe that the petitioners will survive such a challenge, but I would never call that issue a slam dunk for the petitioners. If the petitioners survive laches, the team may bring up some new defenses, but otherwise, the issue will go back to whether there was enough evidence for the TTAB to decide disparagement. The petitioners presented more evidence this time than last, but not that much more. The TTAB also tried to give more detail to its findings this time to make its decision harder to overturn. One large question will be what effect public opinion and media coverage has on the case. Most judges, especially federal judges, try to decide cases in a relative vacuum, not bringing their own opinions and public sentiment into their decisions. But we all know that it is impossible to avoid such things entirely.

What's the monetary effect if they can keep using the mark but have difficulty protecting it?

BN: Anyone who tells you they know the answer to this for certain is lying. However, it is certainly millions of dollars by the sheer nature of math: The Redskins make hundreds of millions of dollars, and although a lot of that is TV money, they still make a large chunk off their brand. Even if they lose a relatively small percentage of revenue, that is still millions, maybe even in the low eight-figures per year. The potential losses come from, among other things: more knockoffs, which both eat into profits and require more legal fees; the loss of partners who feel they no longer need to pay for a license; and, the time and money needed to deal with consumers who think you are affiliated with a product that you are not (and over which you cannot exert quality control). However, even if the decision is upheld, only time will tell which of these become real hits to the bottom line and which are just minor nuisances.