Why I should be RG3's music producer

The embattled Redskins QB is looking to hire a team of professionals to help with his friends' record.

Share All sharing options for: Why I should be RG3's music producer

All spelling errors from the world's foremost NFL fan are intentional (we think). -Ed.

It all started like most jobs do, with a highly polarizing overrated Quarterback posting a opportunity for employment on his twitter feed while people are criticizing him for not paying enough attenton to playing football. Griffin deleted his tweet to protect his favstar rankings probly but here it is:

Lets talk about this ad for a second. Why does RG3-13 need a sound engineer? The graphic designer doesnt suprise me since he apparently needs a new logo every time he converts a second and short. Maybe he meant "sound" as in "good" and engiKNEEr so that he can finally get his legs put back together (no offense to Sandra Fluke). At any rate I figured Im allready a accomplished graphic designer so maybe I can spread my wings and try some thing new here.

Maybe he meant "sound" as in "good" and engiKNEEr so that he can finally get his legs put back together (no offense to Sandra Fluke).

2th- Look at that email address. "Work for the third" at gmail? Got to love how this guy thinks people will want to work for him. Heres a news flash- no one wants to work for you- your not Dan Snyder. Heres a list of some things that dont "work" for RG3:

But anyways I gritted my teeth and typed that email address. I didnt like doing it, but some times youve got to be brave and do things that make you uncomfortble if you want to win big like the Rooney family hiring Mike Tomlin. Heres the response I got back:

So Griffins got a team of artist with Interscope (Limp Bizkit, Smash Mouth). Sounds lucrative especially when you consider that Nate Newtons distributions deals werent so much Interscope as they were Interstate so this is much better.

So they sent me some track to mix and let me tell you it is pretty much the most profane song Ive ever heard. Heres the first of the tracks he wanted me 2 put together: WARNING- FEATURES CUSS WORDS

DISGUSTING! It goes verse my religous beliefs to even listen to this crap. Im a fan of REAL hip-hop like Will Smith or Beastie Boys not this R&B (must stand for "Rude and Beyond the ralm of good taste" if you ask me.)

I could never imagine Kirk Cousins having a record label with artists like this and Terry Bradshaw must be rolling over in his grave. So I knew I needed to clean this up a bit. In fact there were like a dozen track's they wanted me to mix down for them. They wanted me to put it over a Drake beat they sent which sound's illeagal to me in terms of trade mark/copyright violaton which Washington havent had so much luck with recently. I figured Im not one to opt out of any job applicaton, but I hate Drake. If Griffin wanted to associate himself with losers from Canada hed of gotten drafted by he Bills. So I also wanted to make sure I under stood the nature of the job. I dont work for free folks. 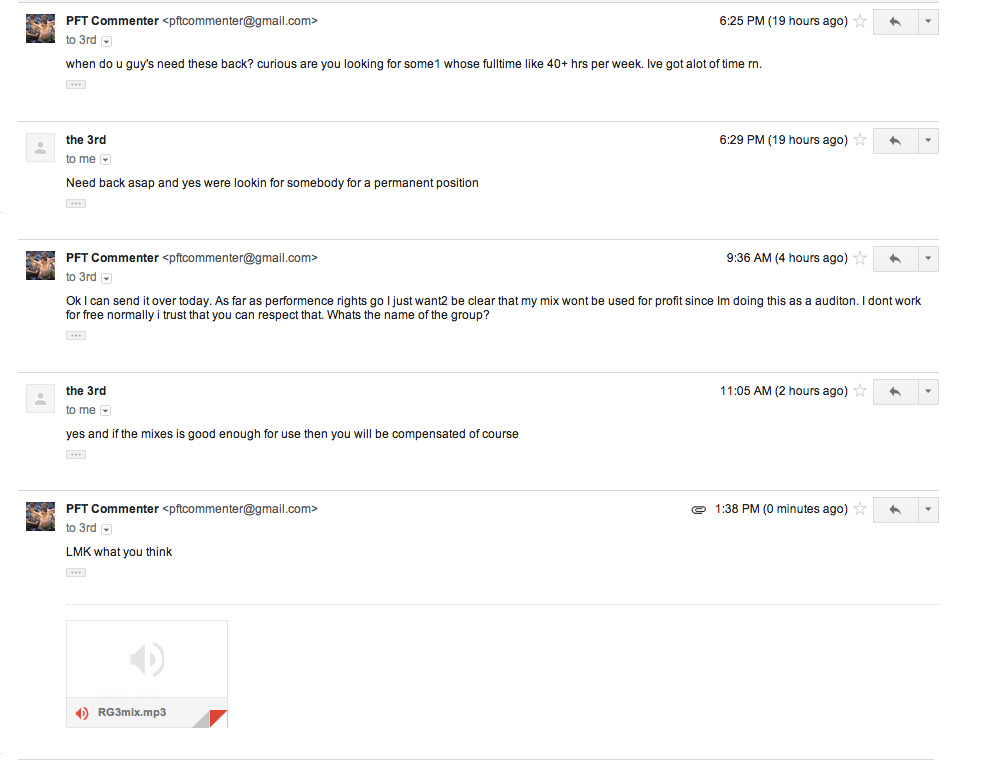 So here it is the Official RG3mix by me. I hope you like listning to it as much as I enjoyed making it and sending it Robert Griffin III. He still hasnt responded which is just so dissappointing. Make sure to listen to the whole thing, even if it gets kind of heavy on the Thousand Foot Krutch but this is just a demotape version we can fix that in post.

I will keep you up dated as I progress throuh the interview process.