The Chargers stunned the NFL world with a trip to playoffs in 2013. If they're going to make another run at it in a tough AFC West, they'll need big steps forward from these six youngsters.

Share All sharing options for: 6 young Chargers set to surge in 2014

On tap today, we have the Chargers.

Who: Allen was the 76th overall pick in the 2013 NFL Draft out of Cal, and has thus far looked like one of the biggest steals of his draft class. He fell into the third round because of concerns about his speed, but he silenced those concerns pretty quickly. Allen was the PFWA Rookie of the Year and was runner up to Eddie Lacy in the AP vote in 2013 after catching 71 passes for 1,046 yards and 8 touchdowns from a resurgent Phillip Rivers. His 71 catches led all rookies, and his 1,046 yards led his team.

Where: Allen broke into the Chargers lineup as a rookie partly due to injuries to Danario Alexander and Malcom Floyd, but San Diego remains deep at the position. He'll have to maintain a high-level of play alongside Eddie Royal, Vincent Brown, Seyi Ajirotutu, and a returning Floyd.

Why: I list Allen here despite the fact that he's already had one really nice season in the NFL. That said, he still has to prove he can continue to do what he did as a rookie, consistently, and he'll face the challenge of playing for a new offensive coordinator in 2014. Many credit Ken Whisenhunt's scheme and vision for the great turnaround that Rivers saw last year, and Whisenhunt's heir apparent in Frank Reich will have to prove he can build on that performance. In all likelihood, things will stay very similar, so things are looking good for Allen's prospects.

Additionally, Allen will likely look to take on a bigger leadership role and may be considered Rivers' go-to guy this year. 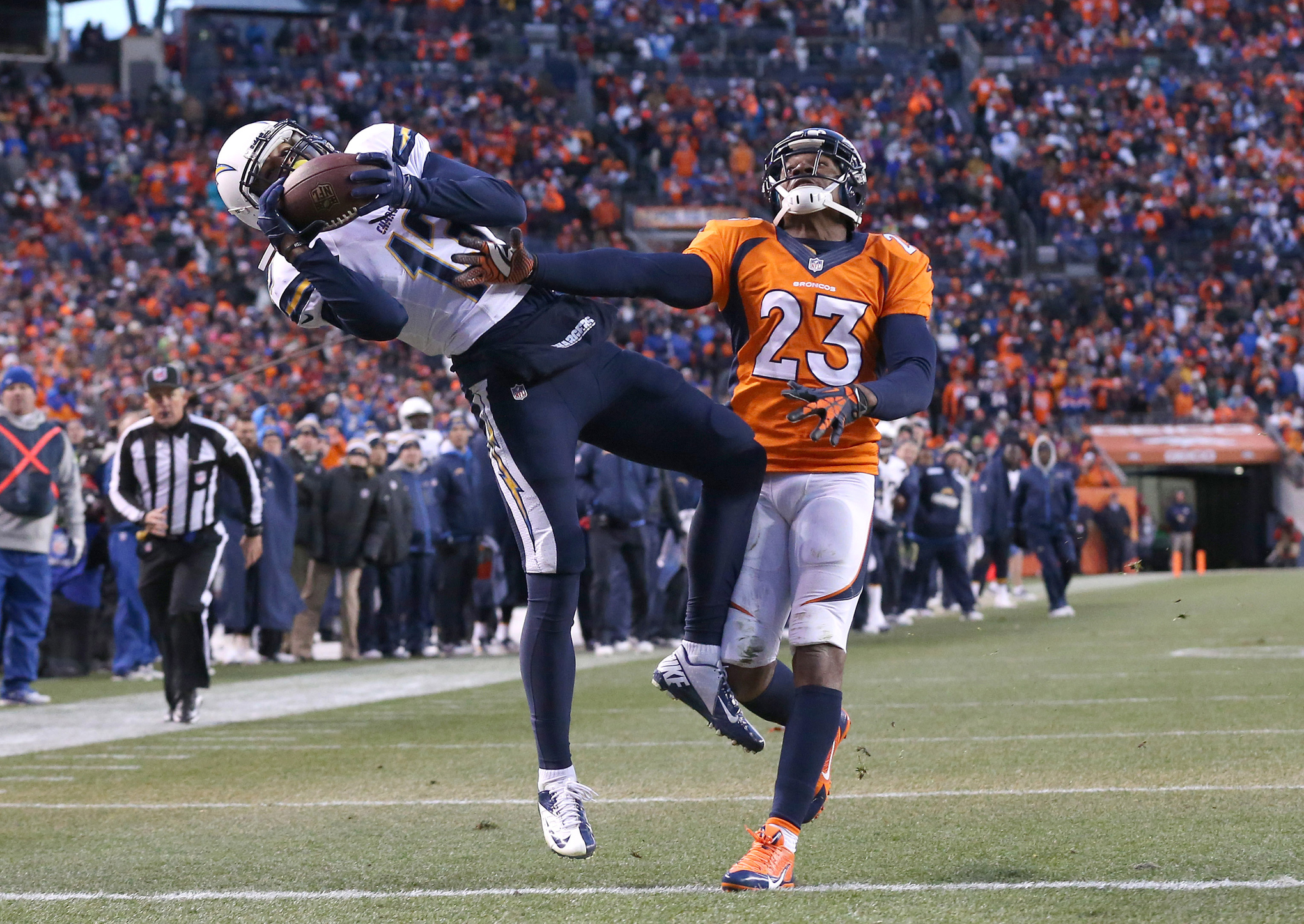 How: All young receivers face challenges in the NFL as the competition increases and schemes get more complicated. Allen will have to improve in his ability to read and react to coverages, continue to catch the ball consistently, and now he'll have to face the fact that opposing defensive backs have a year of tape on his tendencies and strengths.

Who: Green was the 110th overall pick in the 2012 NFL Draft, out of small-school Louisiana-Lafayette. He's taken a back-seat to Antonio Gates his first two years in the league, but is likely to see a much bigger role in 2014 after flashing some of his big play ability last season. He possesses great size (6'6, 240) and speed at the position, and chews up ground in pass routes, as evidenced by his 22.1 yards per catch average in 2013. Green caught 17 passes for 376 yards in three touchdowns last year but it would not surprise me to see those numbers double next season.

Where: While Gates remains a fixture in the Chargers' offense, don't be surprised to see them utilize the two together on the field. How their collective use will shake out remains to be seen, but both have the ability to line up in-line or in the slot and run routes efficiently. Green certainly has the athletic advantage over Gates at this point in Gates' career. 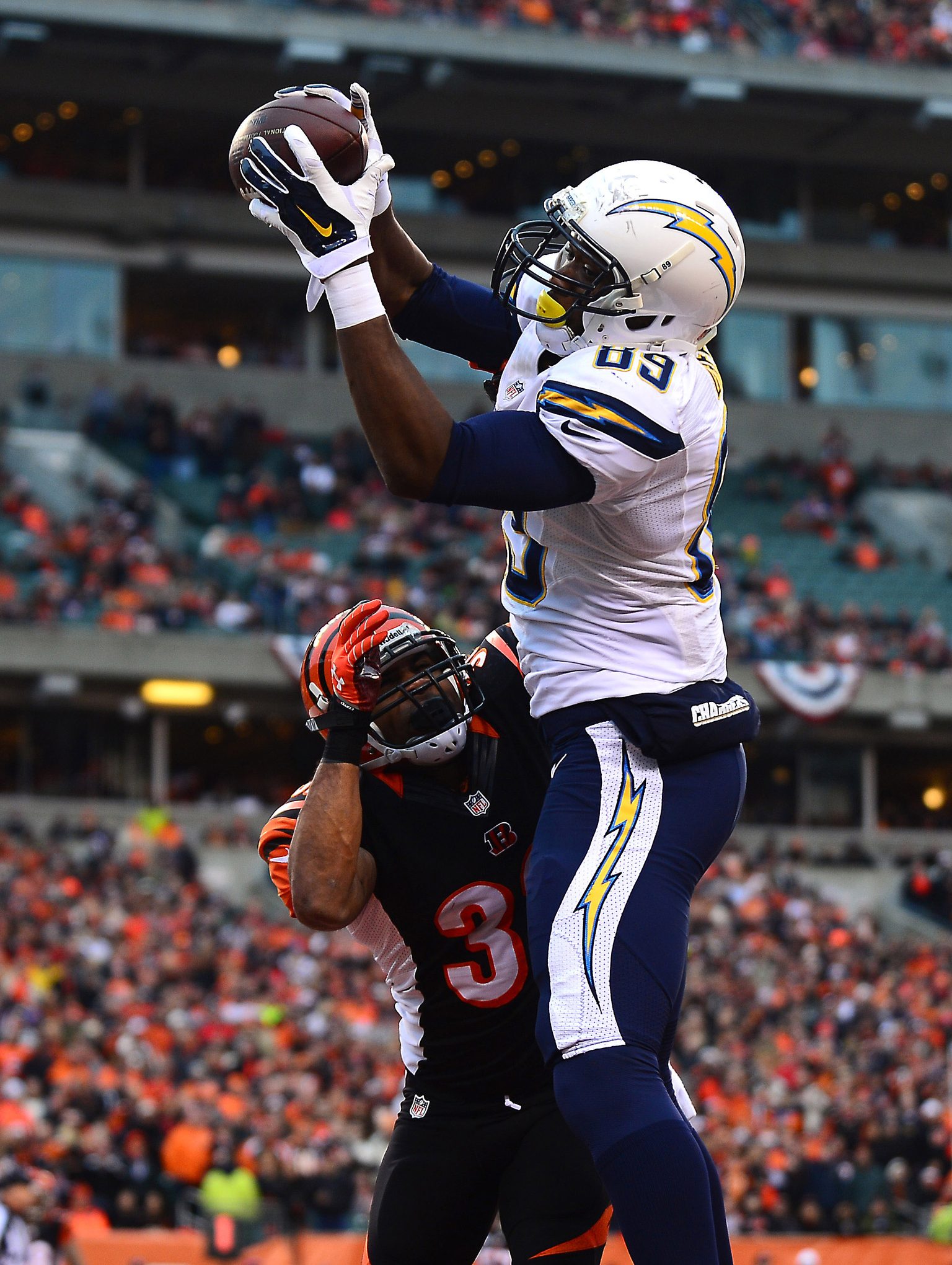 Why: Frank Reich, the Chargers' new offensive coordinator, reportedly plans to utilize more up-tempo and no-huddle looks, bringing his experience as Peyton Manning's QB coach into the fold. This means that you may see Green used as a de facto slot receiver in the way the Colts used to feature Dallas Clark, and he'll be motioned around the formation to look to create mismatches. This matches his skill-set well. However, Green also showed an ability to block in-line last year, so his versatility to also be utilized more as a Y-tight end will undoubtedly help him get more snaps. As Bolts from the Blue's Kyle Posey puts it, "his biggest advantage comes in-between the hashes; [he'll get] lots of action over the middle."

How: Keep doing what he's doing. Be a threat over the middle, use athleticism to pick up yards after the catch, and continue to be a red-zone threat.

Who: Fluker was the Chargers first-round pick in 2013, 11th overall out of Alabama. He started 15 games in his rookie season, mostly at right tackle, but filled in for three games at the ever-important left tackle spot. He had ups and downs -- as you'd expect a rookie offensive lineman to do -- but showed the toughness and physicality for which he was so highly sought-after.

Why: The Chargers had one of the more underrated offensive seasons last year, with an efficient and explosive passing offense combining with a dynamic run game. The right tackle position is a huge factor in both the run-game and in pass protection, so Fluker's play will be a big factor (many defenses are now sending their best pass rushers off of the offensive right side).

With a year of experience under his belt and hopefully some time to heal a nagging knee injury, Fluker could break out as one of the better right tackles in the NFL. 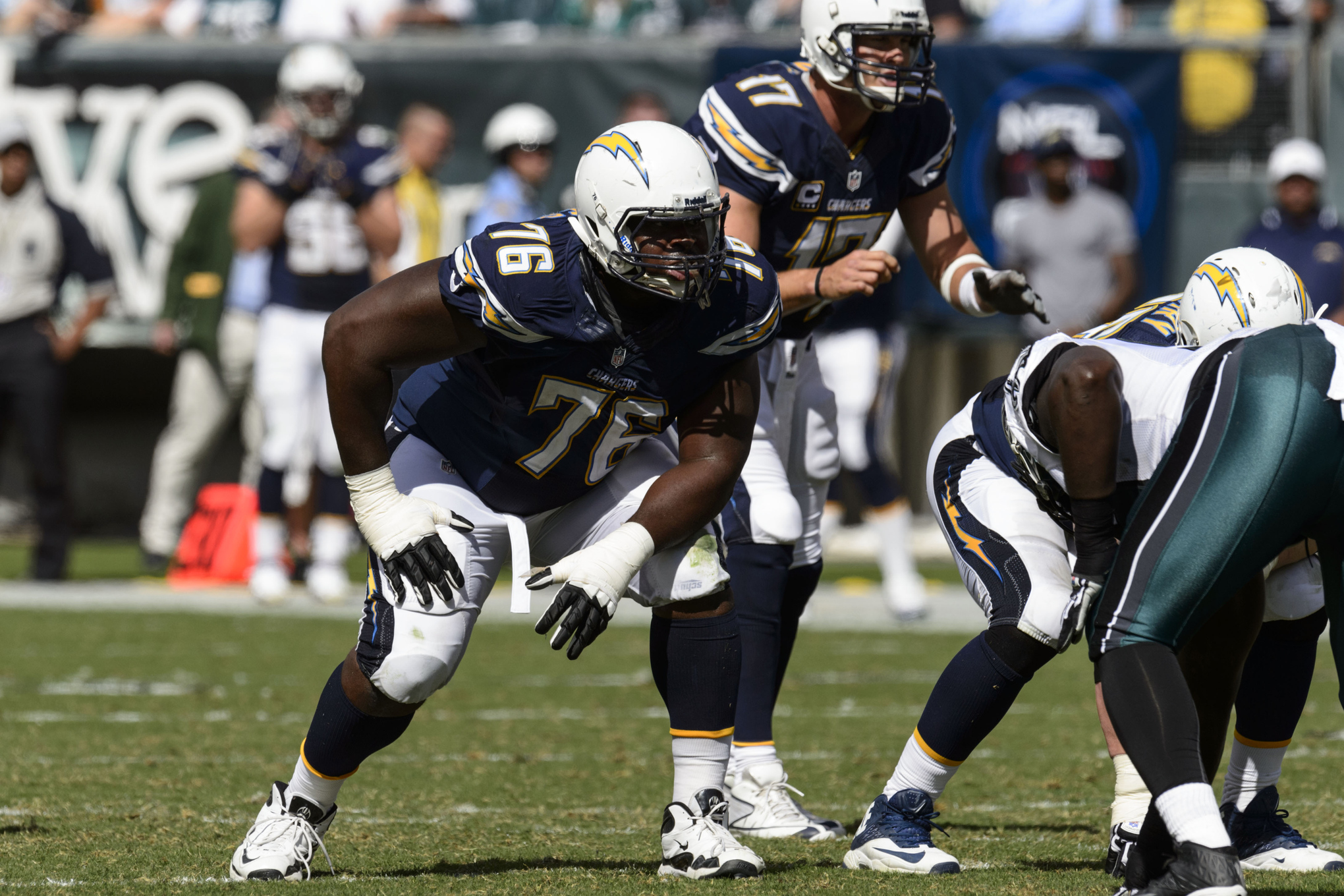 How: Consistency is the big thing. Continued intensity and nastiness in both phases.

Who: T'eo was the 38th overall pick in the 2013 NFL Draft, falling out of the first round, partly due to concerns over his speed, and partly because of the negative press around his fake-relationship controversy. He suffered a foot injury in the preseason and missed the first four games, and the injury reportedly bothered him all year (he had surgery in January).

Why: T'eo should be more healthy heading into his second season and the distractions from the girlfriend hoax should be further in the rearview, meaning he can better concentrate on playing football. After up-and-down play his rookie year, the former Golden Domer will look to prove his one-time billing as a first-round prospect was warranted. The experience he gained in year one will be indispensable. As Philip Rivers recently pointed out, "There's nothing like game reps. There's just nothing that can be substituted for them. Having a year under your belt of playing, your confidence, your understanding of what's expected and what may happen and not happen is at a whole new level."

T'eo agreed. "Whenever you get reps, good or bad, theres always positives. When you make a play it's good, when you don't make a play, you learn what not to do the next time. Definitely me getting in the game are the positives I took from last year. That I'm in the NFL, I can compete, and I got a lot to work on and move on from there."

How: Like Allen and Fluker, consistency is a big thing to focus on for T'eo. He struggled playing the run his first year so better understanding of his gaps and reads will be a big deal. Getting his foot healthy should help with his speed and reaction time.

Why: Reyes has shown promise but will need to bring his A-game in 2014 opposite Corey Liuget in the Chargers 34 front. He graded out very poorly vs. the run per Pro Football Focus' tracking last season, but showed improvement in that area later in the year. He'll want to build on that, while continuing to refine his pass rush. 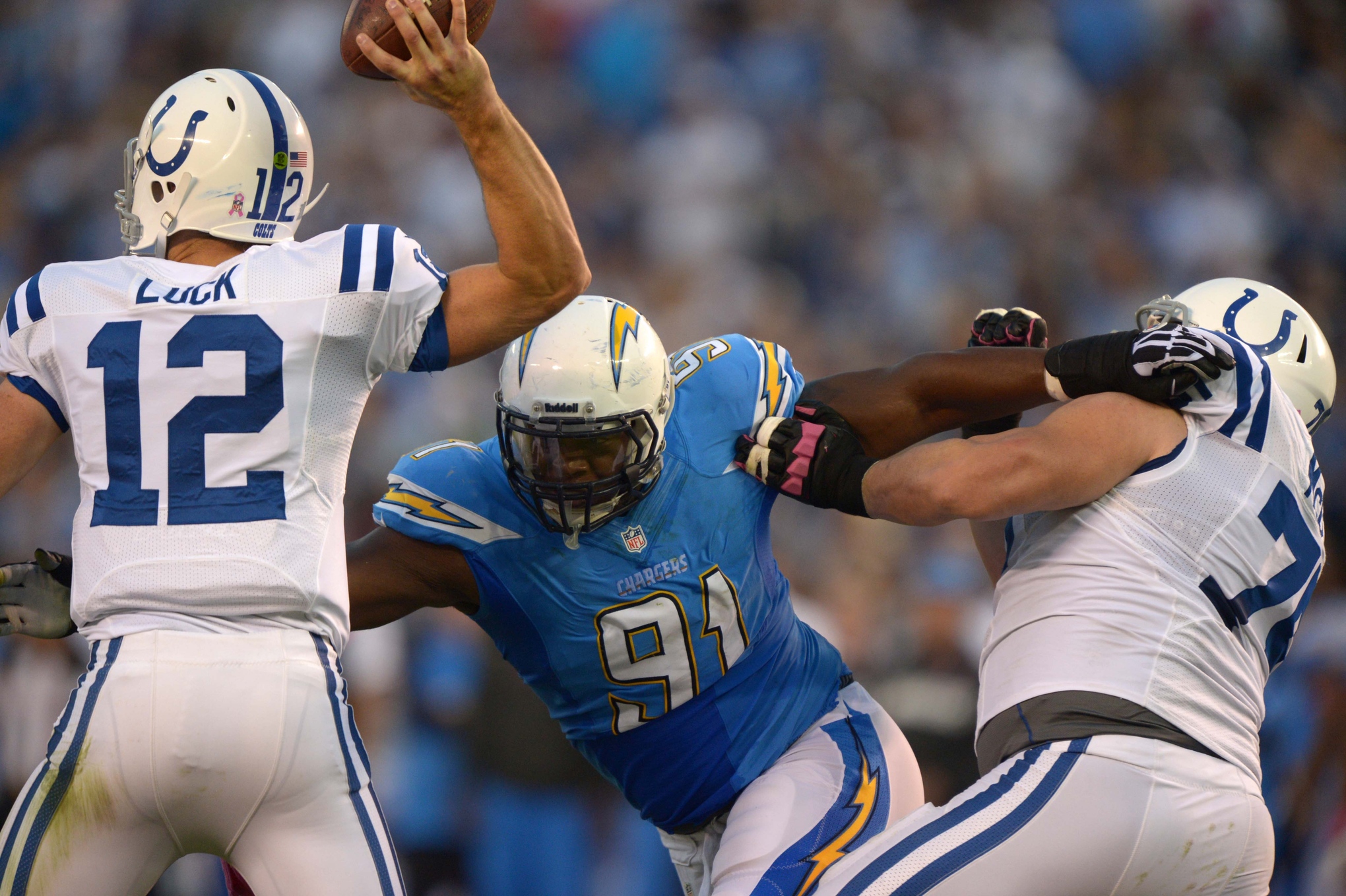 How: Reyes will need to improve in his run defense to really break out in 2014 and live up to his 2nd round draft position. Occupying blockers, manning multiple gaps, and still managing to add in a little pass rush is no easy task, of course.

Who: The Chargers picked Ingram 18th overall in 2012. The South Carolina star was hailed as highly-talented but short-armed for a pass rusher and lacking a true position. He played in all 16 games his rookie season, showing a lot of potential, but then missed almost all of 2013 with a torn ACL. He came back in Week 14, only seven months after the injury, and again showed some potential in the Chargers' defense, including an interception in San Diego's playoff game vs. the Bengals.

Why: Ingram will finally be healthy again heading into this season, and will have the chance to prove he was worth the 18th overall pick. To do this, he'll look to improve on his sack production (just two so far in his career) while continuing to play the run well. His versatility is a bonus. Lindy's listed him as the Chargers' candidate as a breakout player in 2014, noting that "He quickly showed why he was a first-round pick in 2012, playing with a burst and energy off the edge which seemed to be contagious to the defensive unit. Ingram could blossom this year, especially if veteran Dwight Freeney returns to form to take attention from blockers away from Ingram." 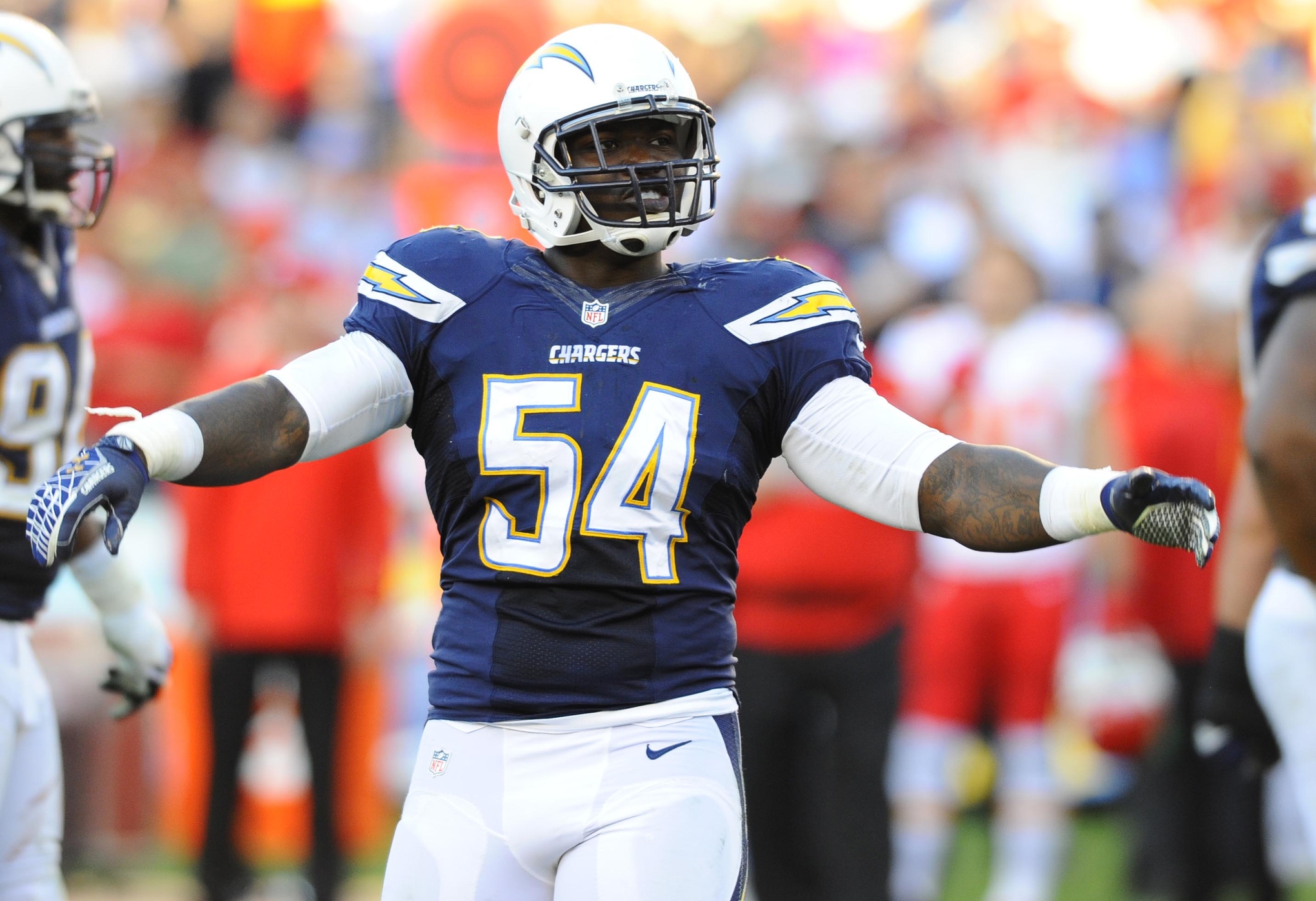 How: Ingram uses his size (6'2, 265) well to play the run and take on blocks, but will need to show he's also a capable pass rusher for the Chargers. The left outside linebacker position in a 3-4 is often asked to drop back into pass coverage as well, and Ingram's shown surprising fluidity dropping into space. If he can put these areas together and play at a consistently high-level at all three, he'll earn that "breakout player" distinction.