Put on your neon fashion accessories and head back to the NFL gridiron of the 1980s with us this week. 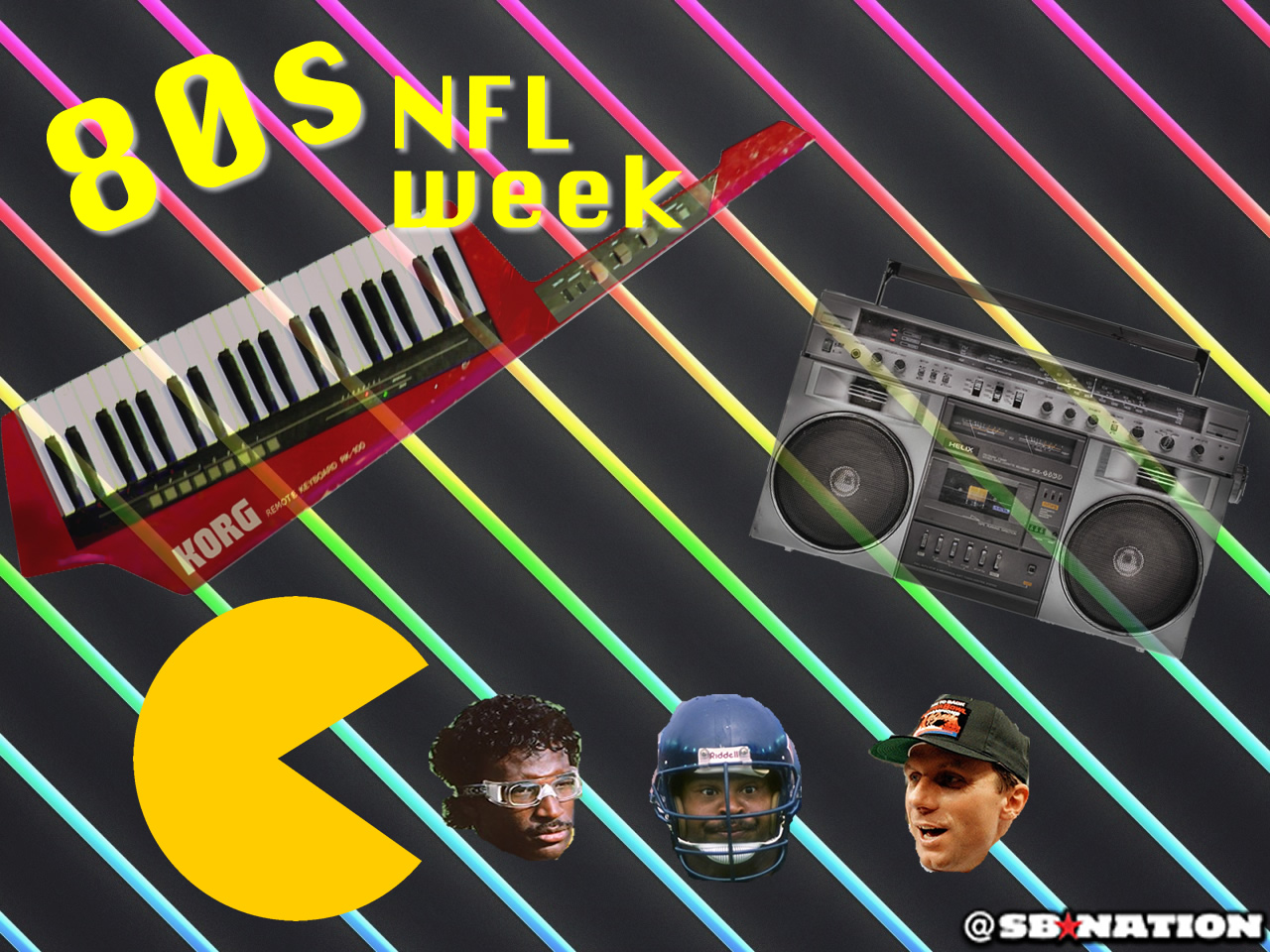 We're turning the clock back here at SB Nation, jumping in the Delorean and going back some 30 years for a look at the decade when the NFL evolved into the billion dollar entertainment behemoth we know today.

Of course, a lot of things changed back then. It was the Thermidor for the cultural revolution of the 1960s. Political leaders reheated Cold War rhetoric, trying to reinstate a bipolar world. Hollywood rewrote the script, too, with increasingly large-scale films pushing the narrative of a battered champ battling back to win it all ... whatever that was.

Businesses got bigger, too, in part due to a widespread round of deregulation. The media business became more concentrated than ever before, and bigger ... much bigger. It created the perfect climate for the rapid growth of professional football, which had already staked its claims to Sunday and Monday nights with earlier national television deals.

As with all things 80s, it wasn't a shared prosperity. NFL coffers grew. Americans started to identify with teams and players en masse. The NFLPA fought an ongoing labor battle throughout the decade, including two strikes, in an effort to give players a fair share of the value they created. That battle wouldn't be resolved until the next decade.

The most sharable NFL moments of 1980s

If Al Gore had invented the Internet just a little earlier, these are the moments we would have shared the most.

When the Browns were good

Before LeBron James ever wanted to come back to Cleveland, Bernie Kosar did and he made the Browns one of the best teams of the 1980s.

On the field, the 49ers pretty much won everything. Okay, not really. Joe Montana and his team ONLY won four Super Bowls that decade, and if you think about it, 40 percent isn't even elite. Washington and Oakland each won a pair of Lombardi Trophies, which really ought to drive home just how long ago three decades was.

Through the rest of this week, SB Nation is looking back at the decade of neon bandanas and Pac Man. But this isn't going to be just a straight nostalgia play. We're fans here, so we're going touch on those things that made us fans in the first place.

A small sampling of what's on tap: Stephen White reflects on Mike Singletary, the middle linebacker who made playing defense fun; Danny Kelly walks us through the Air Coryell, that other innovative offense from the 80s; I've got a look back at Eric Dickerson, the prototype for the modern NFL star; and we've got more from Ryan Nanni, PFT Commenter and others.

But first, Matt Conner kicks it off with a look back at the most shareable NFL moments of the 1980s, if only there'd been any Internet to share them on.

So put a Run DMC tape in the boombox and head back in time with us.