Things are looking up in Oakland this year thanks to a talented group of youngsters ready to make the leap in 2014. Danny Kelly identifies seven players primed for a breakout this season.

In this series, I've been breaking down "who" I think those players are, "where" they play, "why" they'll potentially play a key role in 2014, and "how" they'll succeed in that.

The man who made the modern NFL

"For sheer beauty of timing and rhythm in the passing game, that team is still the best I've ever seen." - Ron Jaworski on the 1980 San Diego Chargers, from "The Games That Changed the Game"

Bolts ready to take the NFL by storm

The Chargers stunned the NFL world with a trip to playoffs in 2013. If they're going to make another run at it in a tough AFC West, they'll need big steps forward from these six youngsters.

On tap today, we have the Raiders.

Who: Streater was signed by the Raiders as an undrafted free agent out of Temple in 2012. He made an impact in camp early on and not only made the roster, but he was listed as a starter in Oakland's first game that season. He finished his rookie year with 39 receptions for 584 yards and three touchdowns, then followed up that surprising campaign with 60 catches for 888 yards and 4 touchdowns in 2013. He'll look to become a star in 2014.

Where: High up over a defender, plucking a pass out of the air

Why: Streater has the physical makeup of a go-to type of guy at 6'3 and about ~210 pounds, and may develop into a true number-one type, but this year should benefit from the addition of veteran free agent James Jones to the lineup (not to mention possibly free agent Greg Little, if he makes the roster). While the quarterback situation in Oakland is uncertain with the addition of free agent Matt Schaub, defenses will be forced to focus on a couple of new weapons in the Raiders' offense, which means more one-on-one opportunities for the big target Streater presents.

Further, it may sound funny right now, but it's quite possible the quarterback situation for the Raiders will be more stable in 2014 than it was in 2013 -- whether it's Matt Schaub or Matt McGloin, or even Derek Carr -- and consistency week-to-week always helps in the passing game. 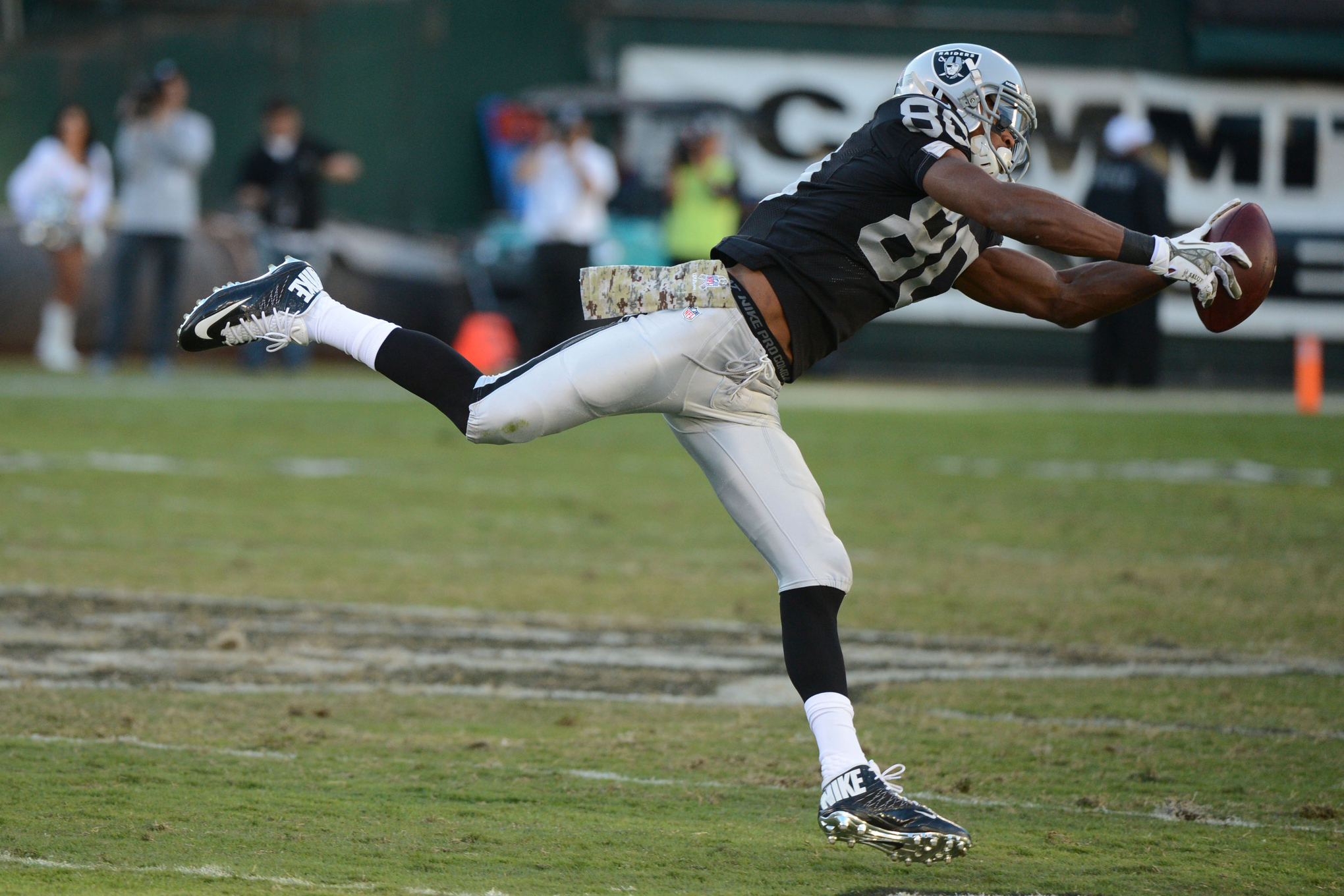 How: If Streater can refine his game, develop consistency and continue to catch the ball cleanly in 2014, he has a chance to really break out. He's bulked up a little bit during the offseason in an effort to become more physical in the mold of a Brandon Marshall or Alshon Jeffrey, and assuming he retains his top-end speed, this will serve him well.

Who: Rivera was a sixth-round pick out of Tennessee in 2012, and had a pretty excellent rookie season, considering all the factors at play. The athletic tight end caught 38 passes for 407 yards and four touchdowns, and will look to improve on those numbers in his sophomore season.

Why: Rivera replaced an injured David Ausberry in 2013 and showed he was a nice option moving around the formation and running intermediate routes, even showing his worth in the redzone with four scores. Ausberry will give him some competition at the spot, and right now they're likely neck and neck, but Rivera is definitely one to watch this fall.

How: My impression of Rivera when he came out of Tennessee wasn't that he was overly fast, but I was impressed with his body control and smooth athleticism in the open field. If he can show he's able to adjust to the football and make catches like those shown below, he'll be in good shape. Further, with Matt Schaub the projected starter at quarterback these days, you know that tight ends will be heavily targeted. 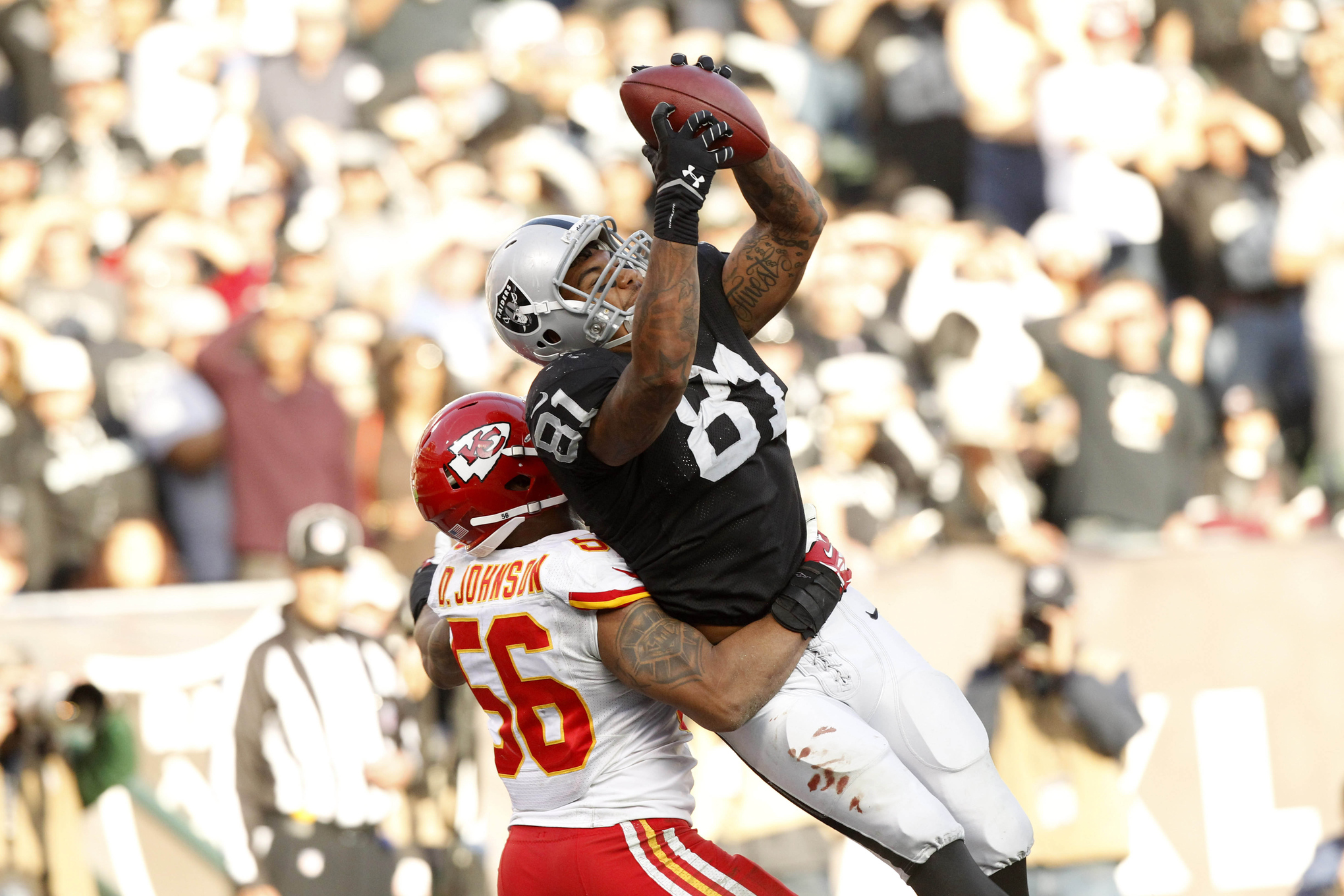 Who: Murray was the 181st overall pick out of Central Florida in 2013 by the Raiders, and is an athletic freak of nature at 6'3, 230 pounds with 4.38 speed and a 36-inch vertical. He spent his rookie season on the injured reserve. 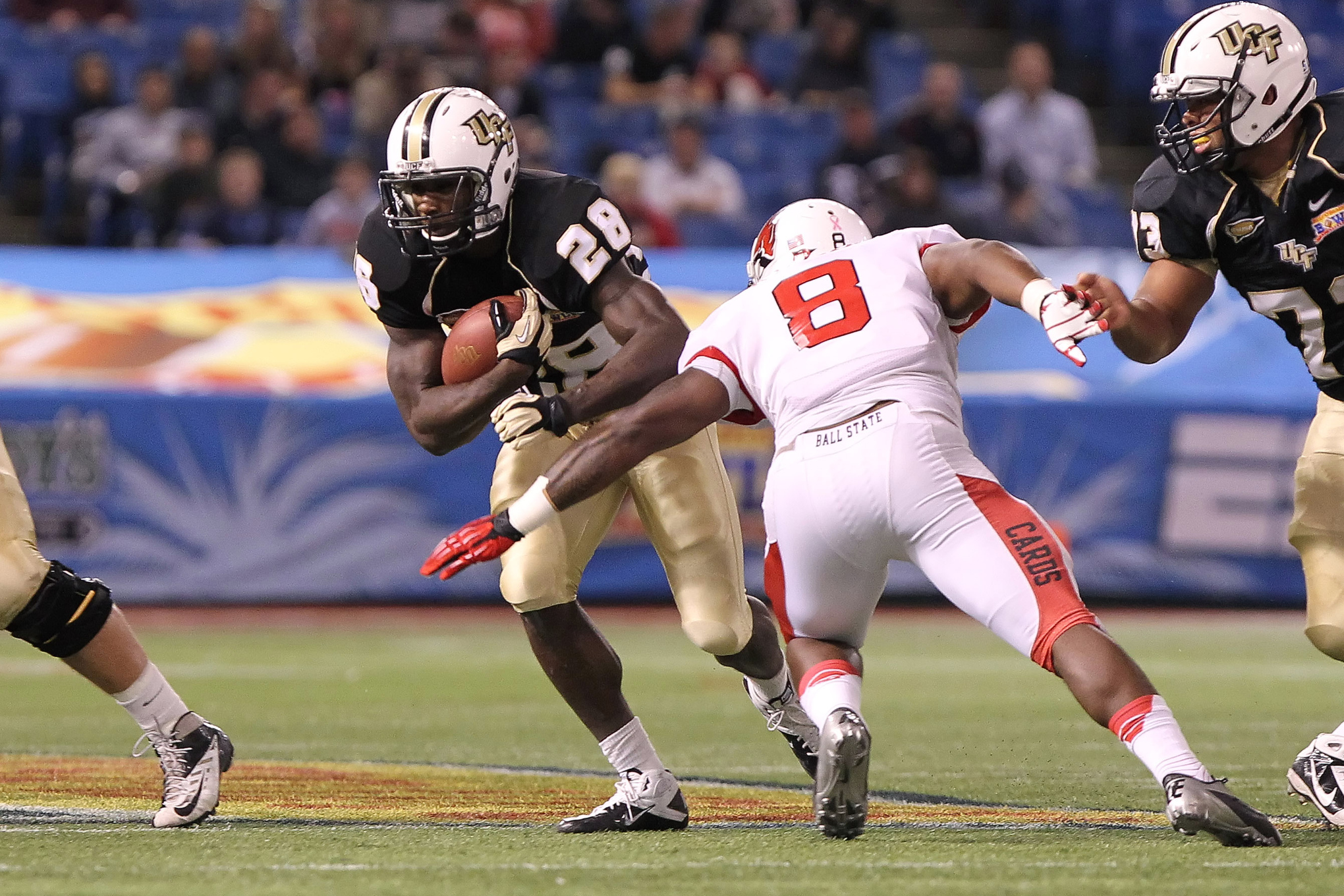 Where: Backup running back

Why: The Raiders are fairly set at running back, in theory, with Darren McFadden and the newly acquired Maurice Jones-Drew, but with those two battling injuries over the past few seasons, depth is going to be key. Raiders OC Greg Olson recently praised his second-year back, noting, "We're looking for big things from Latavius Murray right now, coming off the foot injury. He's shown, to me, the biggest upside right now in what we've seen thus far, if he can stay healthy."

How: Ball security is always a concern for young players, so that's one thing that Murray should focus on first and foremost. He also must learn the intricacies of pass protection and blitz pickups, and only after all that, running the football, if he wants to get reps in relief of the big two.

Who: The Raiders selected Moore in the third round (66th overall) of the 2013 Draft out of Connecticut. He had an excellent rookie season, winning PFWA All-Rookie team honors, and will look to build on that with a strong second season.

Where: Moore will make the switch from the strongside to the weakside in 2014 with the arrival of Khalil Mack. The weakside spot is where Moore played in college but there will likely be a bit of a learning curve as he makes the transition.

Why: Theoretically, Moore will improve in his second season at the more natural weakside spot, where his speed and athleticism will be on display. Being paired opposite Khalil Mack, along with Nick Roach and Kevin Burnett, the Raiders have one of the more intriguing linebacker corps in the NFL. 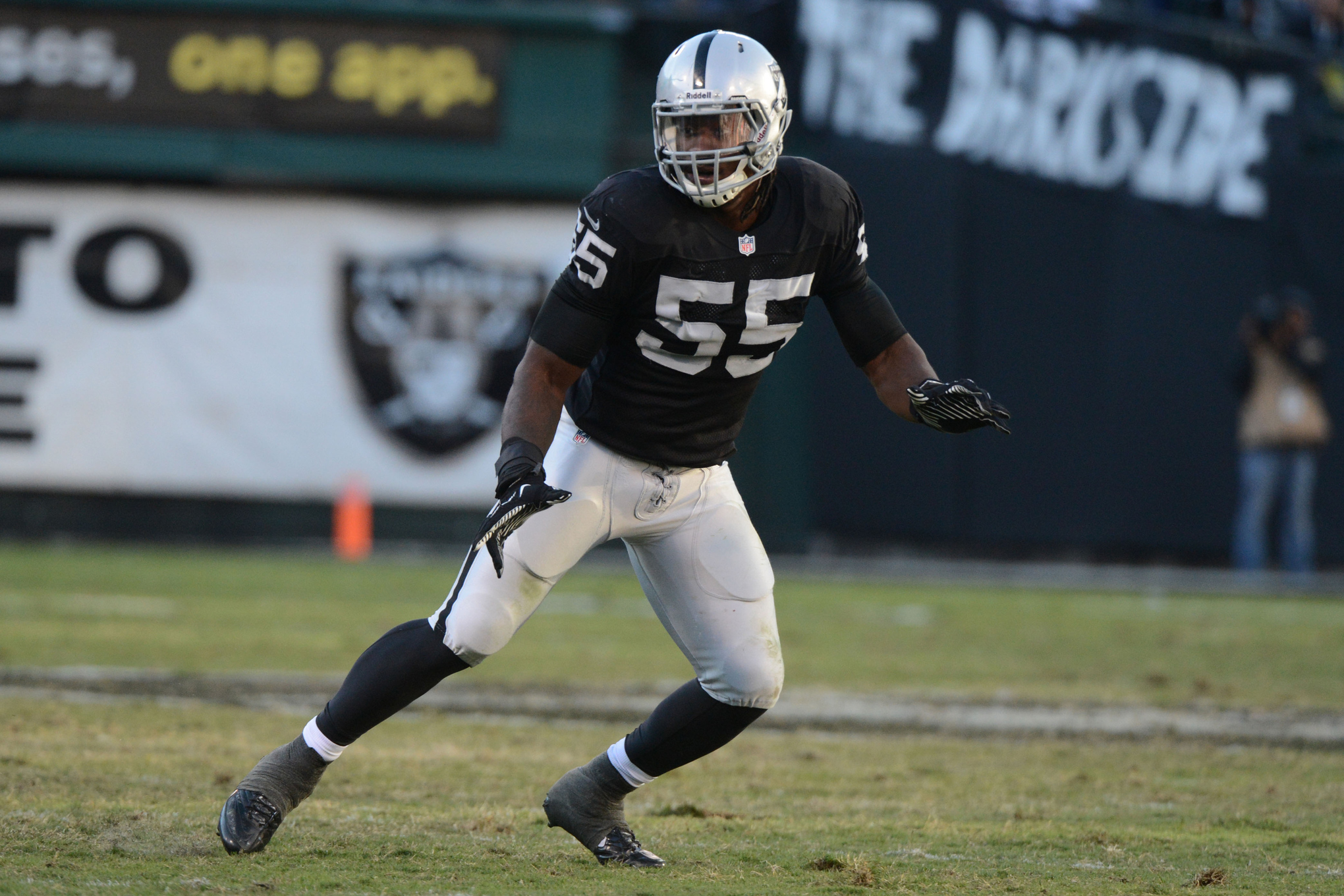 How: First, he'll have to make the adjustment to the weakside, assuming that's where he stays through mini-camps and the preseason. He'll need to get back to reacting, not thinking, and flying around, not hesitating, and he'll be just fine. I'm looking forward to seeing what he does in his second season.

Who: Hayden was one of the most inspiring storylines of the 2013 NFL Draft, being picked 12th overall after nearly dying on the practice field the year prior. Hayden tore the inferior vena cava in his heart in a collision with a teammate, and somehow survived. It's an injury that has a 95% fatality rate and is usually seen in high speed vehicle crashes. Nonetheless, he returned to football and was a first-round pick.

Where: Hayden struggled to adapt to the pro game his rookie season at right cornerback after battling injuries early in the year, and only started two games while playing in eight. He will look to lock down that starting job his second season and prove he was worth the high pick.

Why: Hayden certainly has the athleticism to play the position, and his potential is still very high. He flashed it at times his rookie year. This year, he'll have the advantage of playing and practicing with a couple of quality veteran free agent signings in Tarell Brown and Carlos Rogers, who could teach him a thing or two. It's still an uphill battle for the second-year corner, but he should be healthy heading into the preseason and in a place where he can prove he belongs on the field. 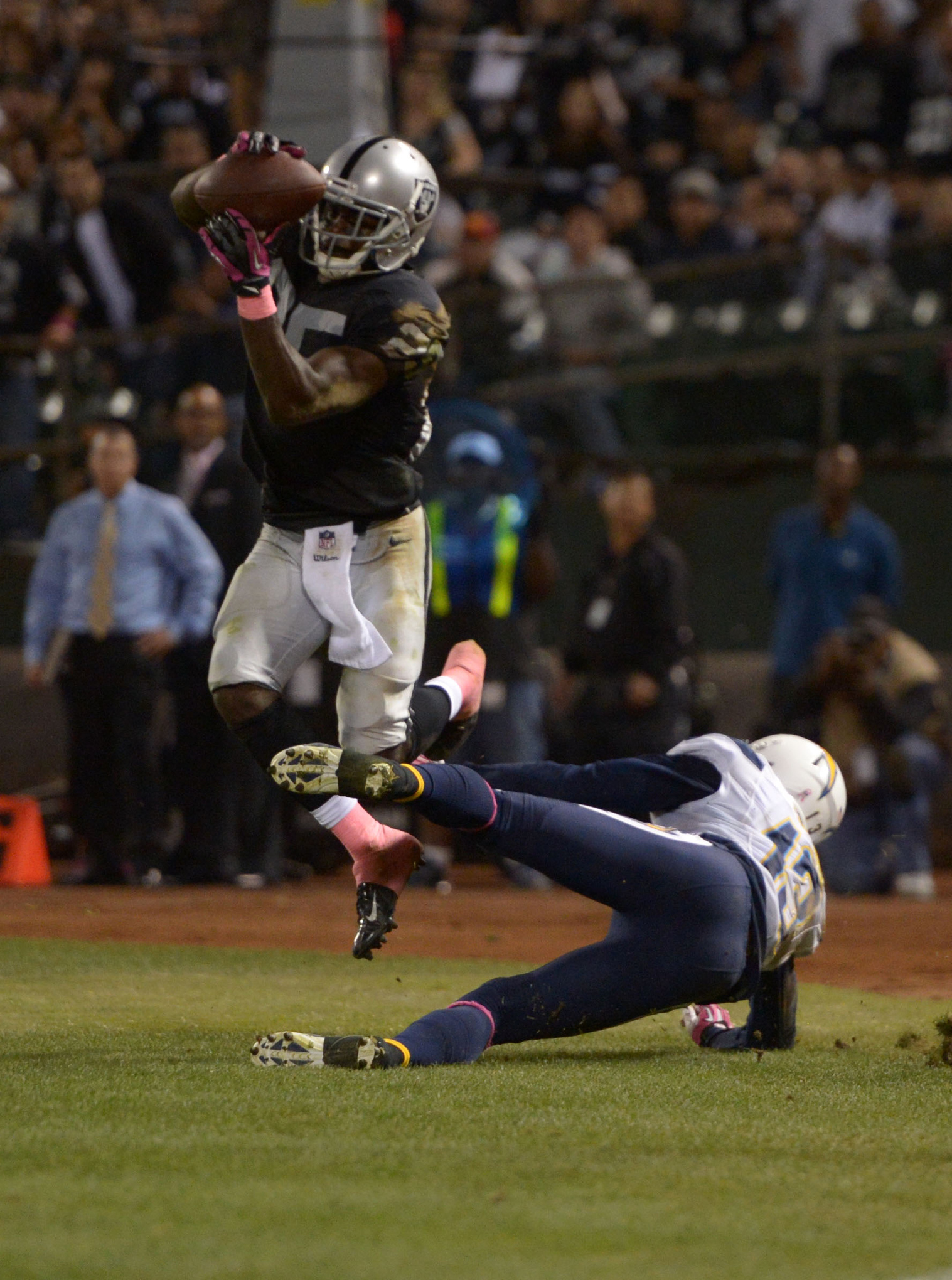 How: Hayden has to shake the jitters surrounding a up and down rookie season and put fans' fears that he will not be able to stay healthy to rest.

Who: The Raiders' second-round pick in 2013, Watson is a former hoops player and junior college transfer that made a name for himself with the Florida State Seminoles in 2012. He struggled with a calf injury in his rookie season and only made one start, but he's poised to make a big impact in his second year.

Why: Watson's a freak athlete with prototypical size and a nasty playing demeanor. He just has to prove he can stay healthy and that he's able to make the jump to the pros, especially now that many teams have started putting their best pass rushers on the [offensive] right side. 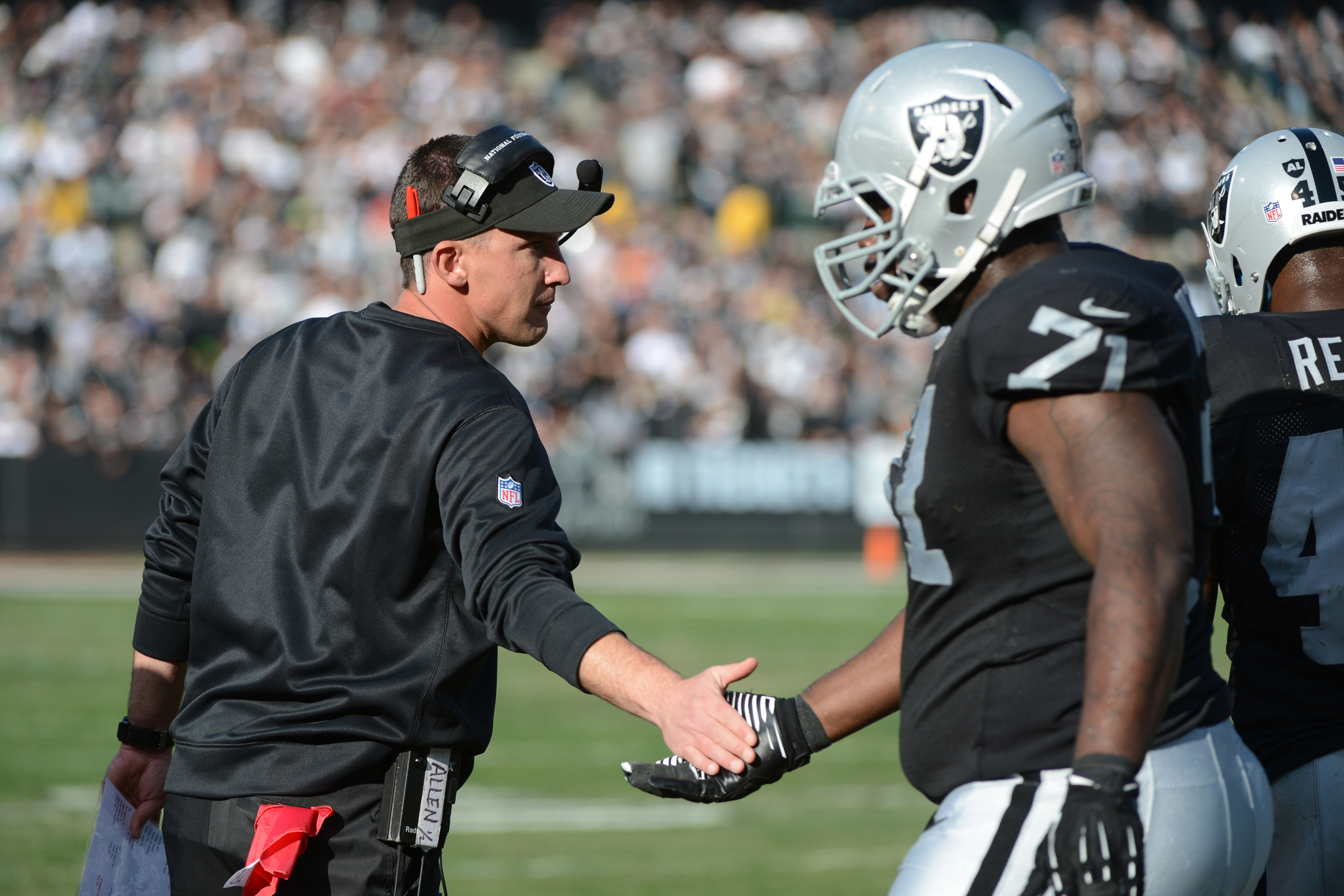 How: Per Raiders OC Olson, "We've seen a lot of growth [in Watson]. He's got to stay healthy for us, above all. But, tremendous growth from him. We knew he was a very talented player. You don't see men of his size with the kind of feet that he has."

So, show you can handle a speed rush on the edge without getting bullrushed back into the pocket. Show you can factor into the run game. Menelik has the physical potential for all of this. 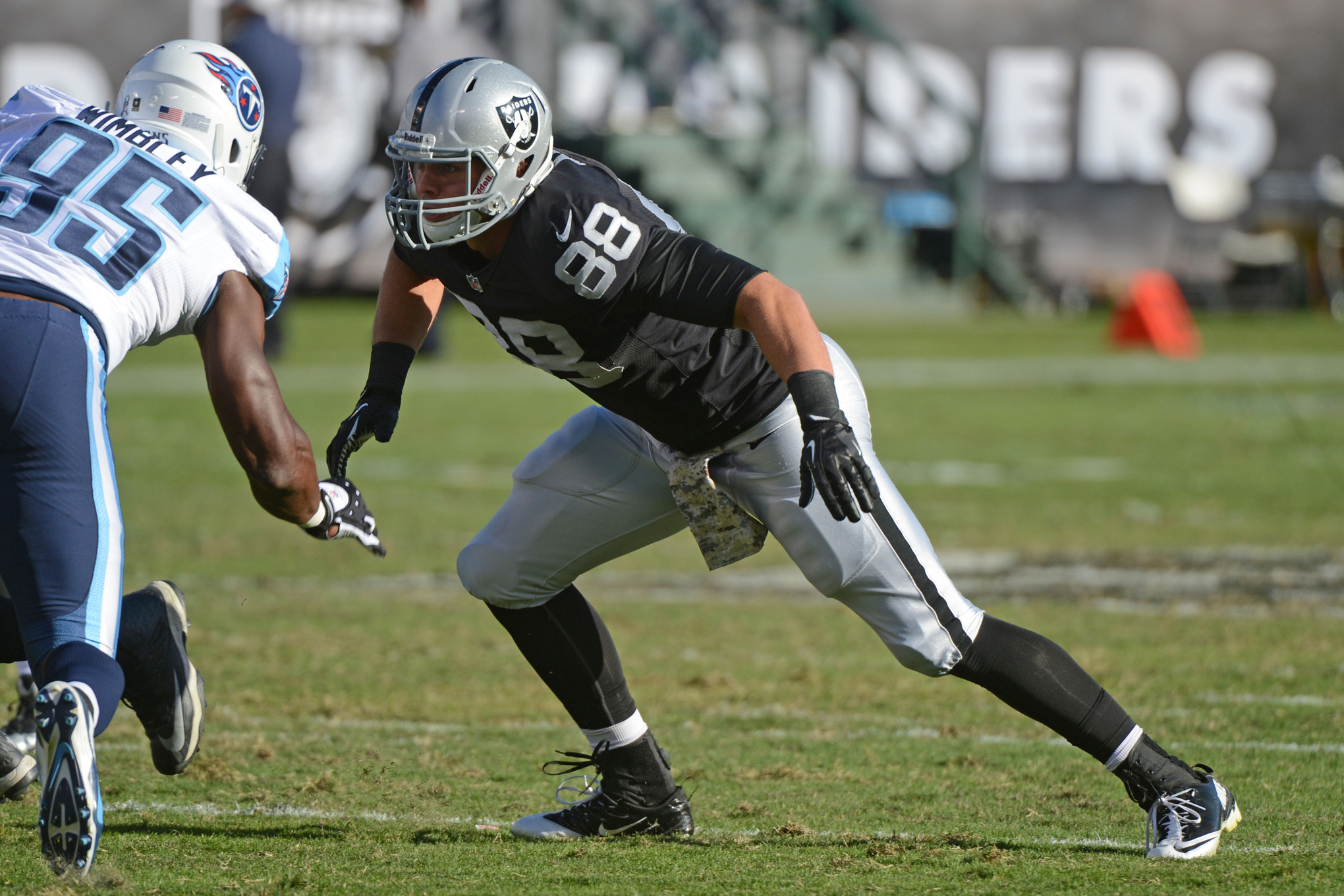 Why: With Mychal Rivera and David Ausberry well ahead of the pack at tight end, Kasa's best hope in seeing the field will be as a tenacious blocker in the run and pass game. Many teams like to utilize dual tight ends -- one to stay in and block, and one to run routes -- and that may be the role that Kasa sees in 2014.

How: As Raiders offensive coordinator Greg Olson told Silver and Black Pride's Levi Damien, "Both of those players, [David] Ausberry and [Mychal] Rivera, their true positions are more of an ‘F,' because they're serviceable blockers but they're not dominant blockers. There aren't a lot of those in the NFL at the tight end position. If you're looking for a true ‘Y,' we're hoping the other two tight ends, [Nick] Kasa and Bemidji [Brian Leonhardt], might be able to fill."

Kasa's job now is to make Olson a little more confident in the role he can play.