Madden ratings czar Donny Moore sits down with SB Nation to discuss the best rookies in EA Sports's latest football installment. Before you ask: No, Johnny's not on the list.

We finally know how good Jadeveon Clowney, Sammy Watkins and Blake Bortles will be in the NFL -- at least in the digital NFL. EA Sports has released the complete ratings for the top 10 rookies in this year's game (top 13 actually -- there are a few ties), and has allowed SB Nation a first look at the numbers.

To absolutely nobody's surprise, Clowney is at the top of the list. The No. 1 overall pick of the 2014 draft comes in at an 83 overall and is a "beast in the game," according to longtime Madden ratings guru and owner of the coolest job in the world, Donny Moore, who sat down with SB Nation to discuss this year's rookie crop.

"Why's [Clowney] good?" asks Moore, excitedly setting up his own answer. "He's got great speed -- he's got 88 speed and 92 acceleration. He's got great power moves. He's a guy that can really bull rush and get to the quarterback. He doesn't really have a whole wide array of moves though -- we didn't give him a spin move, we didn't give him good finesse moves rating."

In case you're hoping to replicate Clowney's devastating, helmet-and-football-dispatching hit against Michigan in the 2013 Outback Bowl (of course you are), Madden's got you covered: Clowney comes with 95 hit power. 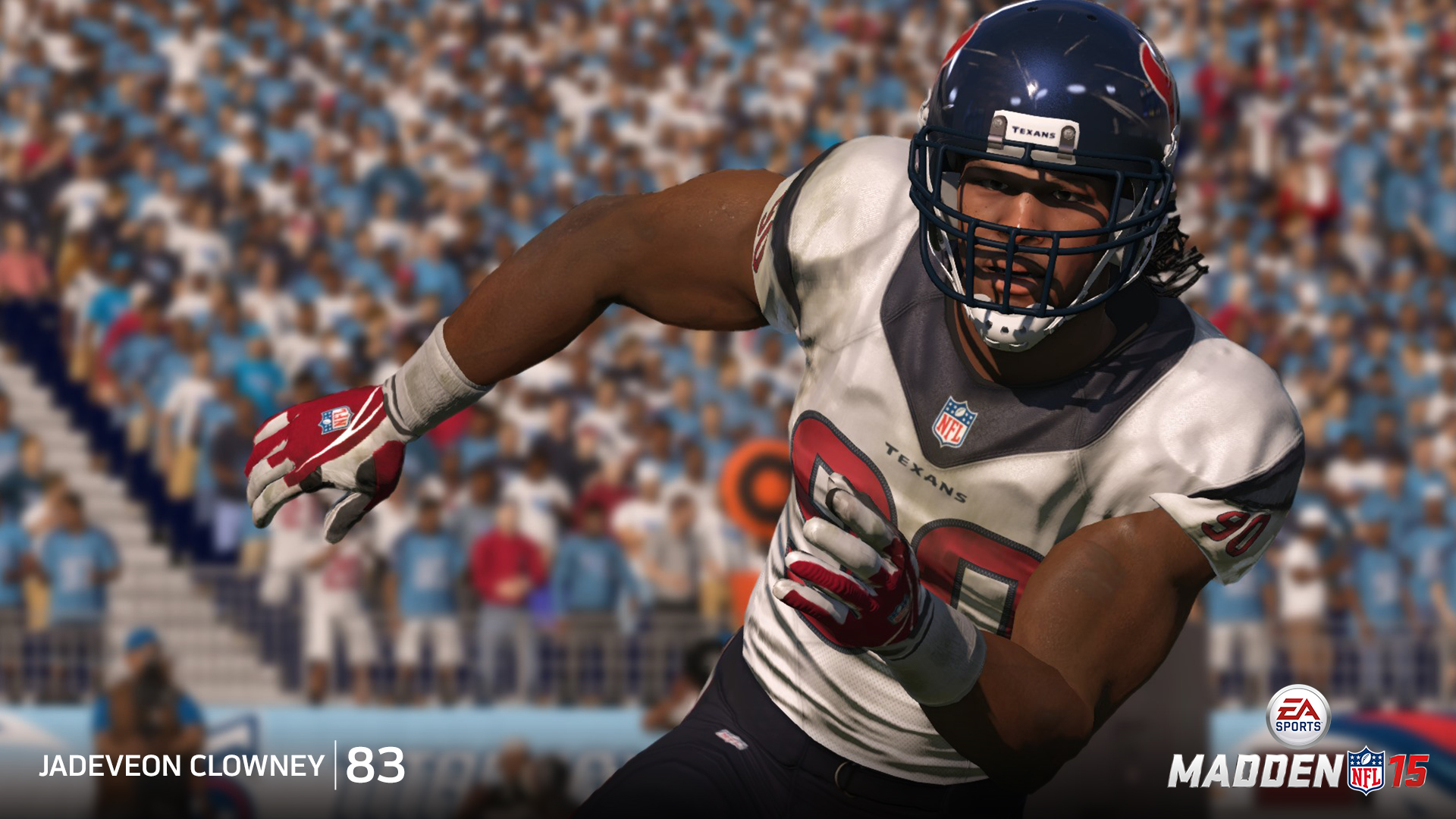 Noticeably absent among the top rookies is one Johnny Manziel, who untold multitudes in Texas and Ohio will be hoping to use as the next coming of Michael Vick (don't complain Browns fans, that Peyton Hillis cover bought EA Sports infinite slack in Cleveland).

That won't quite be the case, according to Moore, who says Manziel's ratings would be released along with the rest of the league on Aug. 1.

Not to worry, Johnny will still be a dangerous weapon.

"He's going to have good acceleration, though -- he's going to hit his top speed really, really fast," Moore adds. "Good agility. And he'll have a 90-plus throw power. You're going to be pleased if you're playing with him in the franchise mode."

Blake Bortles, who comes in at a 78 overall, is the only quarterback included in the top 13, though Moore notes that Manziel and Teddy Bridgewater are "very, very close."

"Bridgewater's throw power is a little weaker and he has shoddy deep accuracy," Moore explains. "Johnny is coming from a college-style offense so we try to simulate that by giving him a lower awareness." 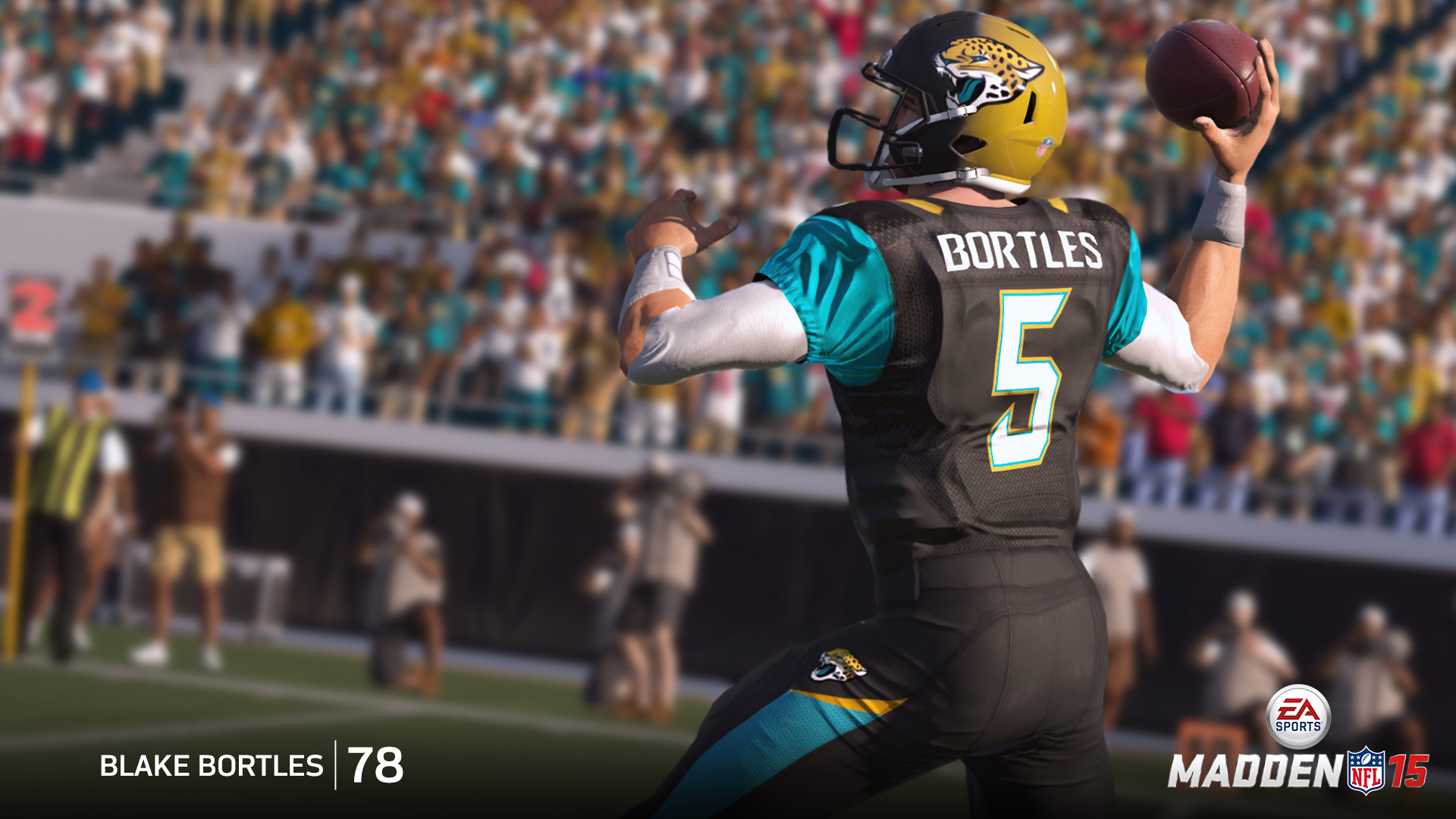 Check out some key ratings for the top 13 rookies below.

So how do Moore and his team project ratings for rookies who have never played a down in the NFL? It's a task that's surprisingly close to the scouting process of real-life NFL teams -- from evaluating combine measurements to studying film and pouring over actual scouting reports.

Moore watches a ton of college football and stays on top of the mock draft projections during the season. He and his team begin scouting in earnest in January, when the various college all-star showcase games begin.

"When the combine hits I'm in full-blast rookie creation mode, churning out guys," he says. "I think I've made about 400 guys this year just for the 2014 class, a lot of whom are undrafted."

"It's sort of a combination of what they did measurable-wise -- what's their vertical, what's their 40 time, what's their shuttle time -- and where they actually got selected. That plays a role. Just because we love Logan Thomas or Jimmy Garoppolo, we're not going to make them the top-rated rookie in Madden. We want to make sure that we're in line with how the NFL teams are evaluating players."

Moore tries not to get too involved in projecting how good the rookies will become -- rather he focuses on what the scouting report and film says about their current level of ability.

"Take a look at Tom Brady, for example. Nobody had him rated as a top rookie quarterback," Moore notes. "JaMarcus Russell -- when he came out he was probably one of the top-rated rookies in our game. Nobody knew he was going to bust. We try to capture that player how he is at the moment."

Adjustments can be made as players progress or digress during the season thanks to online roster updates, a development some five years ago that allowed Moore to release weekly changes to his ratings -- and makes his scouting a near year-round job.

"The fan demand for the updates has increased so much that we had to go every week with it," he says. "We've been doing that since Madden '10 I believe. That's 20 to 25 roster updates per season."

"They grade each and every play, and each and every player in every game. That type of scoring is incredibly beneficial to me when I'm doing my weekly updates, as far as who should be trending up and down based on their play that week."

So if you're busy throwing a temper tantrum because there's no way in hell Mike Evans's catch in traffic is only 89, relax. Moore will be hard at work after the opening weekend tweaking all of these numbers.

Madden '15 releases on Aug. 26, an eternity away for those of us desperately awaiting football, even if only in digital form. Don't worry though, there should be another questionable Johnny Football party photo out soon that we can overanalyze.