Don't sleep on the Steelers

The Steelers are 16-16 since losing to Tim Tebow and the Denver Broncos in the opening round of the 2011 playoffs. But Pittsburgh is a good bet to bounce back in 2014.

Share All sharing options for: Don't sleep on the Steelers

Questions persist. So does hope. At this time every year, NFL franchises have reasons to believe and reasons to doubt.

Players have left, others have signed. Rookies have been drafted. The injured have healed up, while some are just starting rehab. Coaches have taken on new roles or settled in for another year. And the league's parity only further clouds any ability to accurately predict how a team will fare from year to year. Every team faces questions. Every fanbase holds out hope. For the Pittsburgh Steelers, however, things feel a bit more delicate than normal.

A rare run of mediocrity

Every team cycles through ups and downs. Every team but the Steelers, that is. The Steelers have had three head coaches since 1969. Three. The legendary Chuck Noll. Bill Cowher. Mike Tomlin. That's it. Each has won at least one Super Bowl and been to another. It is the NFL's greatest line of coaching succession, and it's not even close. 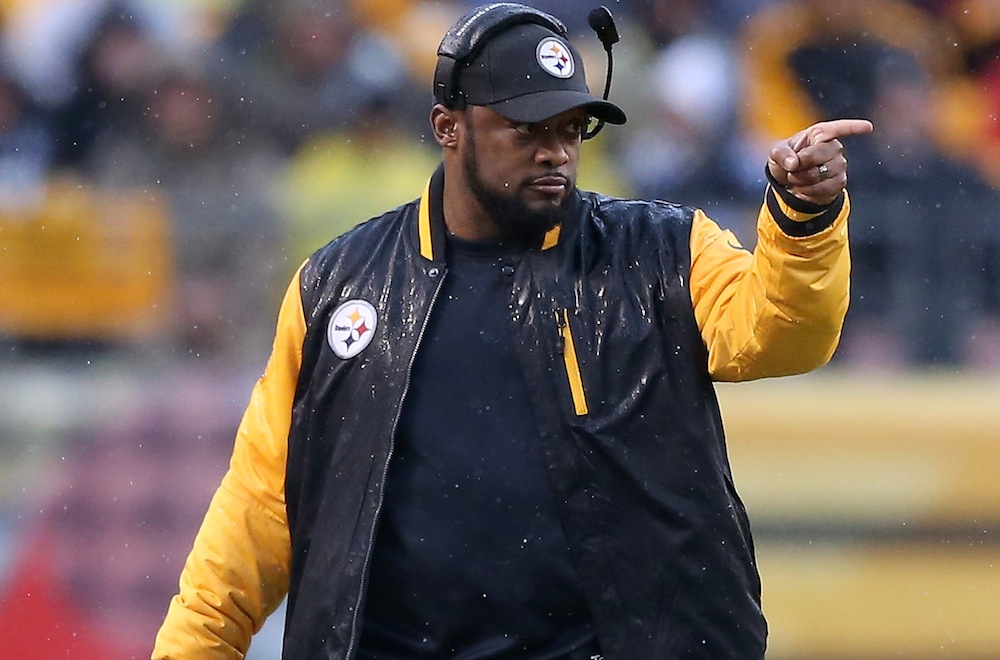 Recent history, however, hasn't been so kind to the Steelers. Last year's 8-8 mark followed the same in 2012, a mediocre .500 record over the last two seasons. For a veteran team near the end of its supposed competitive window, the Steelers have been a major disappointment in the AFC North. Even worse, they've watched their rivals, the Baltimore Ravens, hoist the championship trophy during that time.

The Steelers even disappointed the last time they made the playoffs, roaring into the postseason with a 12-4 record only to fall in the opening wild card round to the 8-8 Denver Broncos led by Tim Tebow. Since that disheartening loss at Mile High, the Steelers have failed to strike fear in their opponents with a stagnant offense and mediocre defense.

Better than they appeared

Everything in Pittsburgh rests on two sets of shoulders. That's good news for the Steelers. Ben Roethlisberger and Mike Tomlin are seasoned veterans who have been through this before, men who have watched players walk, the NFL cycle through once again, and came out stronger on the other side. Even Noll and Cowher went through their own frustrating periods before claiming their place atop the AFC once again. This year, Tomlin hopes to do just that.

If he's able to keep the Ravens, Bengals and Browns at bay, it will be because Roethlisberger continues to play at a high level. Big Ben played in all 16 games last year for the first time since 2008, and showed that his ability to make plays can alone keep the Steelers competitive. Last year Roethlisberger set the second-highest totals in his career for touchdowns (28) and passing yards (4,261) while completing 64.2 percent of his throws. 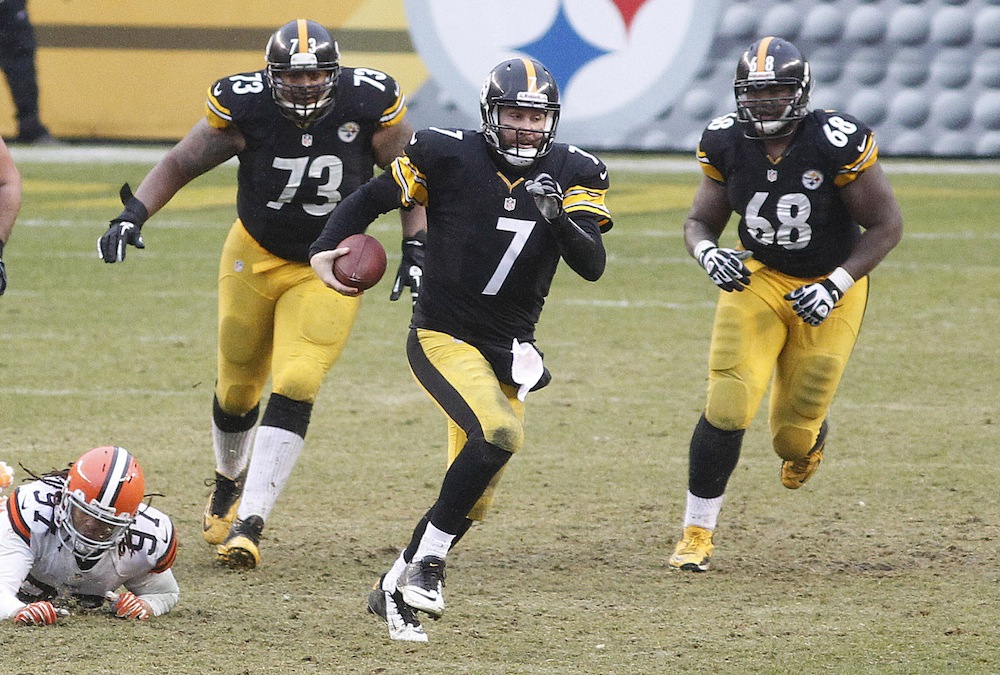 Even more important are the conditions within which Big Ben was operating. He lost his top wide receiver to free agency when Mike Wallace took his talents to South Beach. Then there were the injuries, one after another after another. Smaller injuries kept players like Le'Veon Bell, Heath Miller, Matt Spaeth, Brett Keisel and Cortez Allen out for multiple games, but major injuries were another thing entirely. Here's a list of the players lost for the season last year:

Also let's not forget that the Steelers ended last year winning six of their last eight games. In fact, if the team had not sunk to an 0-4 record to start the season, this entire discussion would be meaningless. The Steelers finished last season on a high note with three straight wins, one of which came on the road at Lambeau Field against the Packers in December. Just try to convince Green Bay, who nearly missed the playoffs due to that loss, that the Steelers aren't to be feared.

The Steelers recently decided to postpone any contact talks with Roethlisberger until the end of this season, telling their franchise QB that they wanted to take care of other contracts first. That's good news since that will likely keep playmakers like Jason Worilds and Cortez Allen on defense for a while. It also means that Roethlisberger has been told he's playing for his own future. Expect Big Ben to rise to the occasion, because the last thing he wants hanging over his head is his advanced age to go with another middling team performance.

Behind the Steel Curtain

Ben adjusting offseason program as he gets older

At age 32, Ben Roethlisberger is discovering that things are a little different when you're older. In order to maintain his high level of performance, Big Ben has added the help of a nutritionist and a personal trainer to his offseason training program.

Haley: 'Most excited I've been about any offense'

Why? Have you seen Ben? Haley's obviously very impressed with his quarterback, and he has reason to believe the Steelers' offense will break out of a mediocre streak of the last few years.

Behind the Steel Curtain

Ben adjusting offseason program as he gets older Haley: 'Most excited I've been about any offense'

Todd Haley, the team's offensive coordinator, is also quite excited about the coming season. He should be given the infusion of youth and athleticism in recent years on offense. Le'Veon Bell showcased a dynamic ability at running back that the team lacked in recent years, and the Steelers drafted the ultra-quick Dri Archer in this year's draft. Last season was also a coming out party for Antonio Brown, who is now entrenched as Big Ben's go-to target.

With the rotation of Bell and LeGarrette Blount in the backfield, the wild card that Archer presents, a top target in Brown, the dependability of Heath Miller at tight end, and developing wideouts like Markus Wheaton, Justin Brown and fourth-round pick Martavis Bryant, the Steelers have placed a variety of weapons around the face of the franchise. The Steelers have rallied on these shoulders before, and there's no reason to believe they will not once again.