Jon Bon Jovi is the face of at least one group vying to purchase the Buffalo Bills. That's not sitting well with the fans.

Jon Bon Jovi is giving football a bad name in Buffalo. The New Jersey rocker has teamed with a small group of Canadian businessmen as one of several potential buyers for the Bills, and it's raised the specter of the team moving to Toronto. It's provoked a fan group called the Bills Fan Thunder, the subject of a feature in the latest issue of New York magazine, to make Bon Jovi public enemy number one in upstate New York.

You should read the article. The author does a nice job of capturing a league uncomfortably straddling the line between a multi-billion dollar entertainment business and a professional sport rich with history and tradition, from the face-painting consumer's point of view.

Part of the Bills Fan Thunder's work entails ridding the city and the surrounding area of Bon Jovi songs. Cover bands get booed for playing "Wanted Dead or Alive." Radio stations don't play the band's hits. And nobody's punching in the numbers for Bon Jovi songs on the local jukeboxes.

The group's board includes NBC News correspondent Luke Russert and four Hall of Fame players, including the recent addition of Andre Reed.

Andre Reed does not approve

We get to hear from Reed in the story, who shares many thoughts on many subjects. Here's his opinion on Bon Jovi:

"Man, fuck Bon Jovi!" Reed said. "You might as well just take this city, throw it in the river, and let it go down Niagara Falls."

He also offered a take on Johnny Manziel.

"Who the fuck is Johnny Manziel?" Reed asked. "LeBron ain't your guy! You're not ‘Johnny Football.' You're ‘Johnny Rookie Bitch.' "

This comes down to getting a stadium, the kind of concrete temples to cash filled with luxury suites and corporate sponsorships. Sure, teams in Buffalo can make money thanks to the NFL's television deals, but stadiums up the value of a franchise and deliver owners even more money, most of which doesn't have to be shared with players or their fellow billionaires. 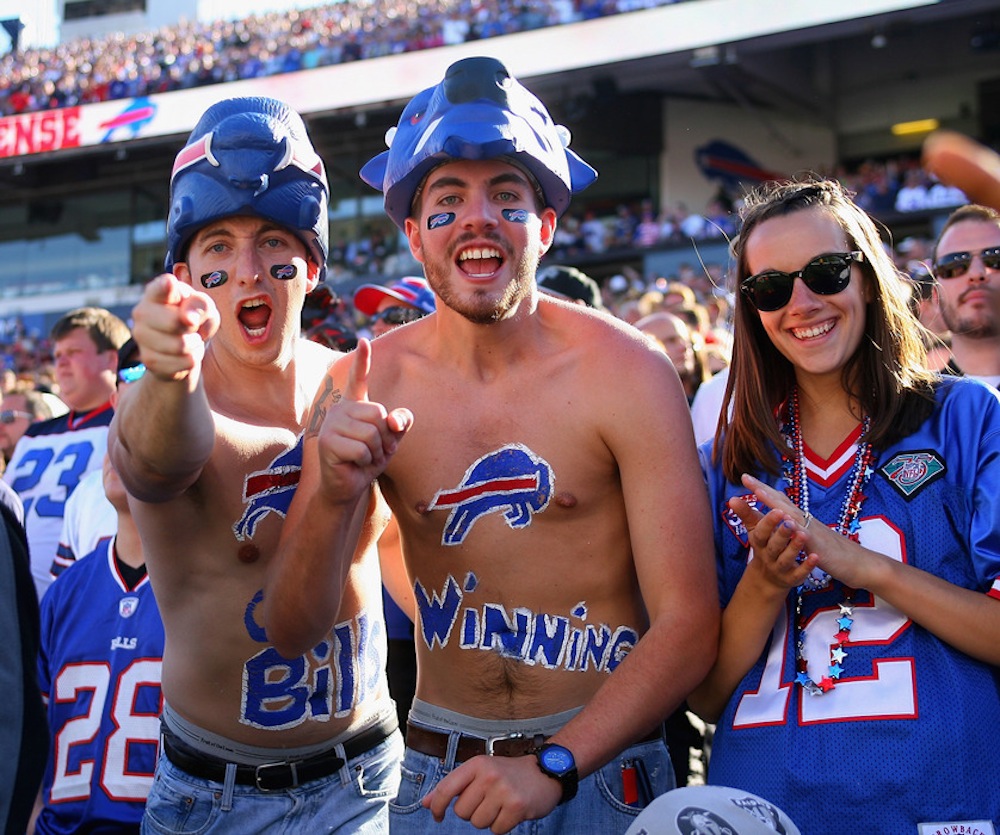 The Bills are locked into their current home until 2018, a provision in the current lease. After that, all bets are off, and places like Toronto or Los Angeles could substantially increase the team's value.

Not long after previous owner Ralph Wilson died in March, Roger Goodell was talking up the need for a new Bills stadium in order to keep the team in Buffalo.

Tradition, history, lucrative revenue sharing from television and merchandise aren't enough these days. In today's NFL it's always about stadiums and increasing the bottom line for owners.

The fate of the Buffalo Bills could be determined in October. NFL owners gather for their annual fall meeting that month and picking a new owner for the Bills could be on the agenda. For fans in Buffalo, the great unknown is making for a tense summer.