Let the Ravens tell you how much they love Ray Rice

Note to future PR departments: This is not how you handle these situations.

Share All sharing options for: Let the Ravens tell you how much they love Ray Rice

The NFL and the Baltimore Ravens have been remarkably, stupendously tone-deaf regarding the Ray Rice domestic abuse allegations and subsequent suspension. So how is the Ravens PR team handling all of this? Doubling down on WE LOVE RAY RICE. 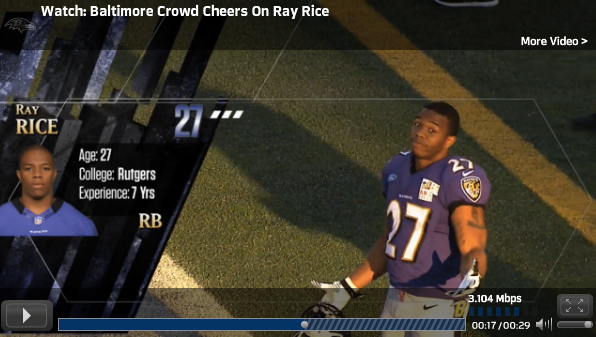 BUT IS HE OVERCOMING ADVERSITY

I get that the Ravens aren't going to treat him like a total pariah. But … you don't have to go 200 mph in the other direction.

Ray Rice is reinstated to NFL after winning appeal