Can you fail a drug test because of secondhand marijuana smoke?

Josh Gordon says you can, and he's not alone in thinking that. But is one clambake really going to ruin your life?

Share All sharing options for: Can you fail a drug test because of secondhand marijuana smoke?

Josh Gordon is appealing his failed drug test, and apparently has a pretty good case to stand on when he meets with Roger Goodell on Friday. He is not abandoning his contention that the trace amounts of THC picked up in his system were caused by secondhand smoke. That provoked an important debate in the SB Nation newsroom: can you really fail a drug test from secondhand smoke?

David Fucillo of SB Nation and Niners Nation (pictured below) says that you can indeed fail a drug test because of secondhand smoke because it happened to him. 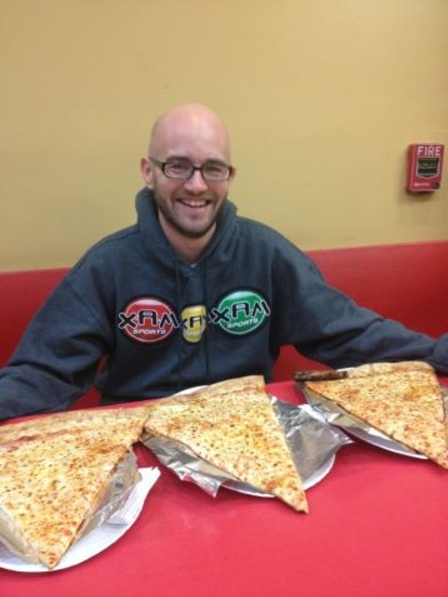 He later revealed that it was a hair follicle test, which does have a greater level of sensitivity. So is he onto something here?

The NFL has a ridiculously low threshold for marijuana testing (but not domestic violence, surprisingly enough). The Shield's threshold STARTS at 15 nanograms per milliliter. WADA, whose standard is used by the Olympics and other international sports organizations, sets its level at 150 ng/mL. The U.S. military's threshold is 50 ng/mL.

If Josh Gordon's urine samples were tested in a different order, he likely would not be facing a year-long suspension.

One problem with drug testing for marijuana is the wide variety of variables, ranging from the potency of the weed to the level of use by the testing subject.

The likelihood of testing positive for THC from secondhand smoke is slim. Message boards around the Internet agree that you'd have to be in a small, unventilated space with lots of smoke, a clambake if you will, to have enough THC in your system to flunk a test.

If you want something more reliable than the posters at marijuana.com, how about some doctors, real doctors that ABC News spoke with back in 2007? Here's what Dr. Daniel Lieberman, a drug-testing expert from George Washington University Hospital, told ABC then:

"Athletes who test positive for marijuana also often blame secondhand smoke, but that would also require sitting in an incredibly dense cloud of smoke. All one has to do if they're worried is sit near an opened window."

And because I'm firmly committed to delivering something our readers can use, I also asked my pharmacist while picking up some Adderall on Tuesday afternoon. He looked at me funny and said "no." Related, I have to find a new pharmacist because shit just got awkward with my old one.

The NFL is no ordinary employer. The Shield is standing up to the Cheech and Chongification of America on behalf of our youth with its 15ng/mL threshold.

The problem here is that most of these assumptions are made for the typical drug testing requirements for most employers, which are usually around 50 ng/mL and 25 ng/mL in some cases.

The NFL is no ordinary employer. The Shield is standing up to the Cheech and Chongification of America on behalf of our youth with its 15ng/mL threshold. A testing standard at that level might give Josh Gordon's claim some merit.

Now's the part where I remind you that a first-time failed drug test for pot could result in a suspension as long or longer than the two games Ray Rice got for beating up his fiancee and getting caught on video doing it.

Tying it all back together, don't worry about failing that drug test because of secondhand smoke, unless you're getting a hair test done soon after or if you play in the NFL.