After the Axe: Jim Schwartz built a better coach

Schwartz learned the hard way about letting his emotions get the better of him during his days with the Lions. Now, he has a way around that, a secret the mad scientist himself shared with Ryan Nanni in a completely fictional interview.

Share All sharing options for: After the Axe: Jim Schwartz built a better coach

It's a mistake to think that coaches are stupid; you don't get put in charge of field operations for a multimillion dollar entity without proving you have a respectable amount of brainpower. That intellect, however, tends to fall into one of two categories. In the first are coaches who are great football minds, with an emphasis on the "football" part; they're smart, but they don't necessarily have the wiring to apply their talents in other fields. In the second, you have the coaches who are just flat out intelligent and happen to work in football.

Jim Schwartz is in the second category. As an undergraduate at Georgetown, Schwartz was awarded Distinguished Economics Graduate honors, and his analytical mind set him apart from the coaching status quo early in his career. He's always approached the game like an engineer, convinced he can exploit inefficiencies where others haven't ever thought to look.

Exiled Mike Munchak has a secret

The deposed Titans head coach has a dirty little secret. SB Nation's Ryan Nanni met with the exiled Munchak for a completely fictional interview to find out what the coach was hiding.

Rob Chudzinski was fired by the Cleveland Browns after just a single season and Ryan Nanni has discovered that sometimes, it's hard to let go for an NFL coach.

Of course, Schwartz is out of the league at the moment. But that doesn't mean his brain's stopped searching for advantages.

"The hardest part for me was the emotion of being on the sideline," Schwartz told me. "You're so caught up in the action that it becomes incredibly difficult to make dispassionate, rational decisions. I'd go back and watch game tape and see a dozen things I could have done better in a more controlled environment. I even talked to ownership about coaching a game from the box to see if that would give me enough emotional distance, but they shot that down. People expect the head guy to be on the sidelines, scowling and snarling."

Schwartz handed me a folder full of scientific  articles. "That's not just in a football context, either. Surgery, undersea exploration, bomb squads - the research all shows that the value of tactile experience is far outweighed by the effects of stress on the brain's ability to process information." He then gave me a smaller file labeled TRADE SECRETS.

"Robotics have given us a way to take emotion out of the equation in those fields. And they're going to do the same for me this season."

Nonplussed, I opened the file. It was full of schematics and detailed plans for ... well, it looks like an android. A very schlubby and unintimidating android. "I call him JIM-C: Joint Input Mobile Coach."

Great. Another deluded crackpot who thinks he's still running the team. I started to make up some excuse about another interview I had to be at when I turned to the last page of the file - a short contract between Schwartz and the Lions, in which the team agrees to terminate Schwartz and then hire JIM-C.

"So...this is all agreed upon? An NFL team is willing to have a robot you built making major decisions?" I asked him.

Schwartz frowned. "No, no. This has nothing to do with artificial intelligence. JIM-C doesn't decide anything. He's merely the messenger. I control him from a remote location, and he provides the on-field presence the fans and media need, all while being totally unflappable."

"Come on. I'll show you." And Schwartz took me into a work room, where the partially-built torso of a JIM-C test model was sitting on a table.

"Now, the final thing will obviously be fully built out with legs and such, but for these purposes, they're not necessary. Watch this. First, I'll tell JIM-C to start working this Rubik's Cube." Sure enough, the robot began turning the sides of the puzzle.

"And now I'll add the stressors. JIM-C, Jay Cutler just ran for 34 yards and a touchdown to give the Bears the lead with forty seconds left!" 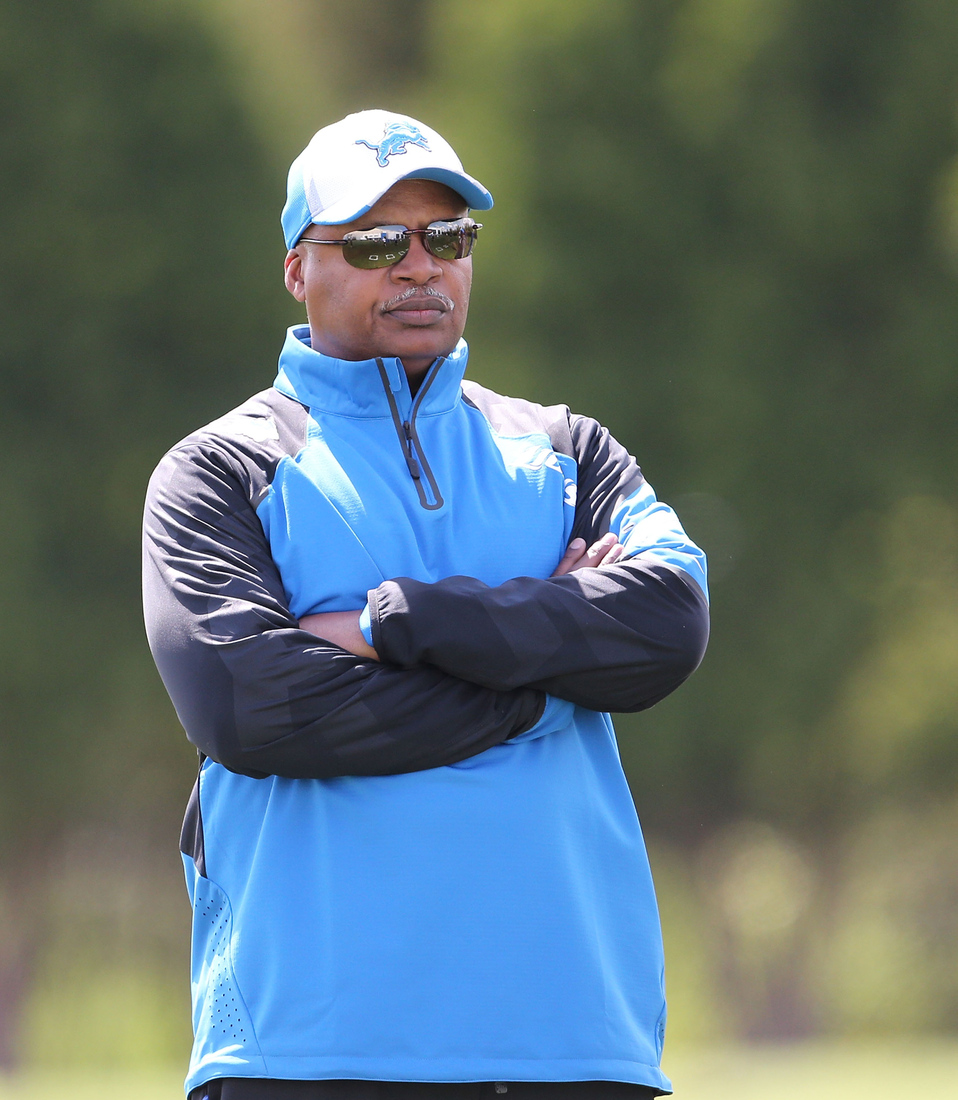 "JIM-C, we just threw a pick on first and goal from the seven!"

"JIM-C, watch the scene in The Lion King where Mufasa dies!"

It was impressive. The machine was clearly on - it blinked, and appeared to breathe, and occasionally scratched its nose. But the reaction never changed. JIM-C remained calm and cool as he finished the puzzle. Crazily enough, this was starting to make sense to me. A coach who would never get on a ref's bad side or get in an ugly shouting match with an assistant had a lot of appeal. And, if Schwartz's theory was right, it would give him a tactical advantage over the competition. This was the kind of innovation that could change football forever.

I thanked Schwartz for showing me this and told him I'd be in touch for a follow up once the JIM-C was fully assembled. "It's the missing piece," he said. "JIM-C is going to win us a Super Bowl."

Four weeks later, when I tried to reach Schwartz by phone, I got a call back from his agent. Apparently, the JIM-C had gone berserk and attacked, leaving Schwartz badly injured and lucky to be alive. What had happened? What could have driven this perfectly placid robot to do such violence?

"You know how he is about the rules?" the agent replied? "He never programmed it to follow Asimov's Laws."