The Seahawks may be the defending Super Bowl champs and feature one of the NFL's deepest rosters, but their coaches and coordinators will be relying on young and largely untested players in key roles in 2014.

Share All sharing options for: 9 young Seahawks ready to fly this season

This upcoming 2014 NFL season, a wide variety of relatively unheralded sophomore and third-year players will inherit or take over key roles for even the best teams in the NFL. Whether it's an already established starter who will now be assuming more responsibility, or a green, untested player who will now find himself in the limelight or become a reliable backup, every roster depth chart has a few big question marks. Will investments in draft capital finally start to pay dividends?

My plan is to take a look at these players, going division by division, team by team. I'll break it down by "who" the player is, "where" he plays, "why" he'll potentially play a key role in 2014 and "how" he'll succeed in that.

First up, the NFC West and, of course, the Super Bowl champion Seahawks.

Who: Bowie was a seventh-round pick by the Seahawks out of Northeastern State in the 2013 NFL Draft. He started five games at left tackle for the Brandon Weeden-led Oklahoma State Cowboys in his junior year and didn't give up a sack -- and that season the Cowboys went 12-1, finishing in the top three nationally following a victory over Stanford in the 2012 Tostitos Fiesta Bowl.

After a violation of team rules and a reprimand, Bowie decided to leave Oklahoma State and finished his career at Northeastern State. He may have been a more highly touted draft prospect had he stayed in Stillwater, but fell completely off the radar as a result. Regardless, Seattle saw potential in Bowie and used its final pick in 2013 to bring him aboard. 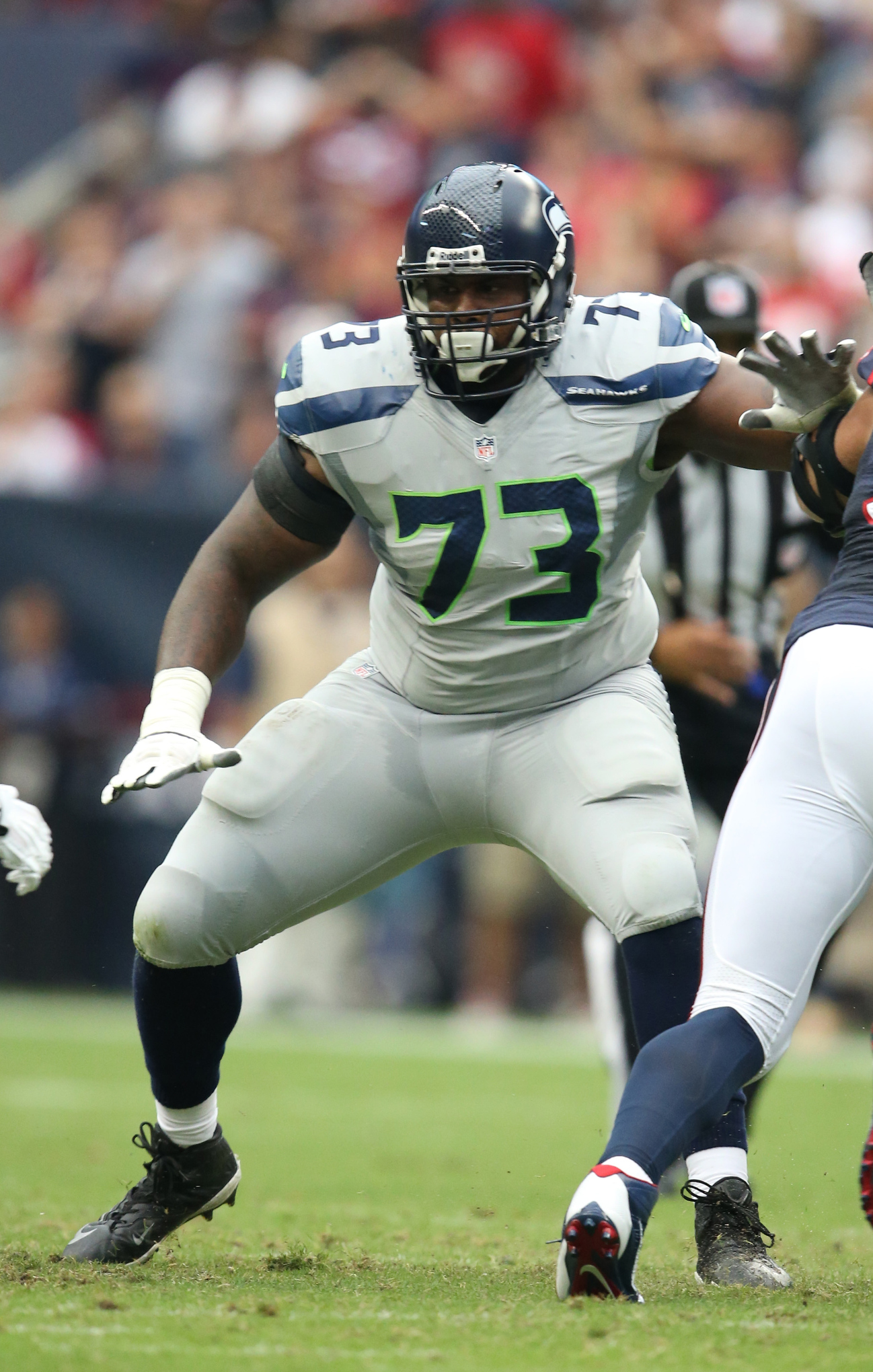 Bowie was tested his rookie season when he stepped in to start nine games for the Hawks at right tackle and both guard positions. He fared reasonably well, considering, posting a 2.8 overall grade from Pro Football Focus, including an excellent 6.7 run blocking grade in 10 games.

Where: He is an important piece for the Seahawks in the defense of their championship this year, as he's currently slated as the heir apparent to Breno Giacomini at right tackle. There is no current starter in place, and Bowie will have to hold off rookie Justin Britt for the job.

Why: The Seahawks shape their identity around the run game, and Bowie has big shoes to fill with Giacomini's departure. Breno started 33 games for the Hawks over the past three seasons and set the tone as a nasty, "play through the whistle" type of enforcer up front. Seattle will need Bowie to keep that edge locked down.

How: Bowie must display extraordinary toughness and physicality to factor into the run game, and a quick enough kick-step in pass pro to protect Russell Wilson. Seattle likes to run the ball, you might've heard, so an attitude in that area will serve him well. Seahawk coaches have chided him a little bit through the media, noting that he needs to get his weight down before training camp rolls around.

Who: The Seahawks' second-round pick in 2013 out of Texas A&M. He's a supremely talented and physically gifted athlete who hasn't been able to put it all together on the field either in college, where he fell out of favor with a new coaching staff, or in his rookie season, where he sat behind Marshawn Lynch and Robert Turbin. Michael was inactive for all but four of the Seahawks' games in 2013, and only had 18 carries for 79 yards. 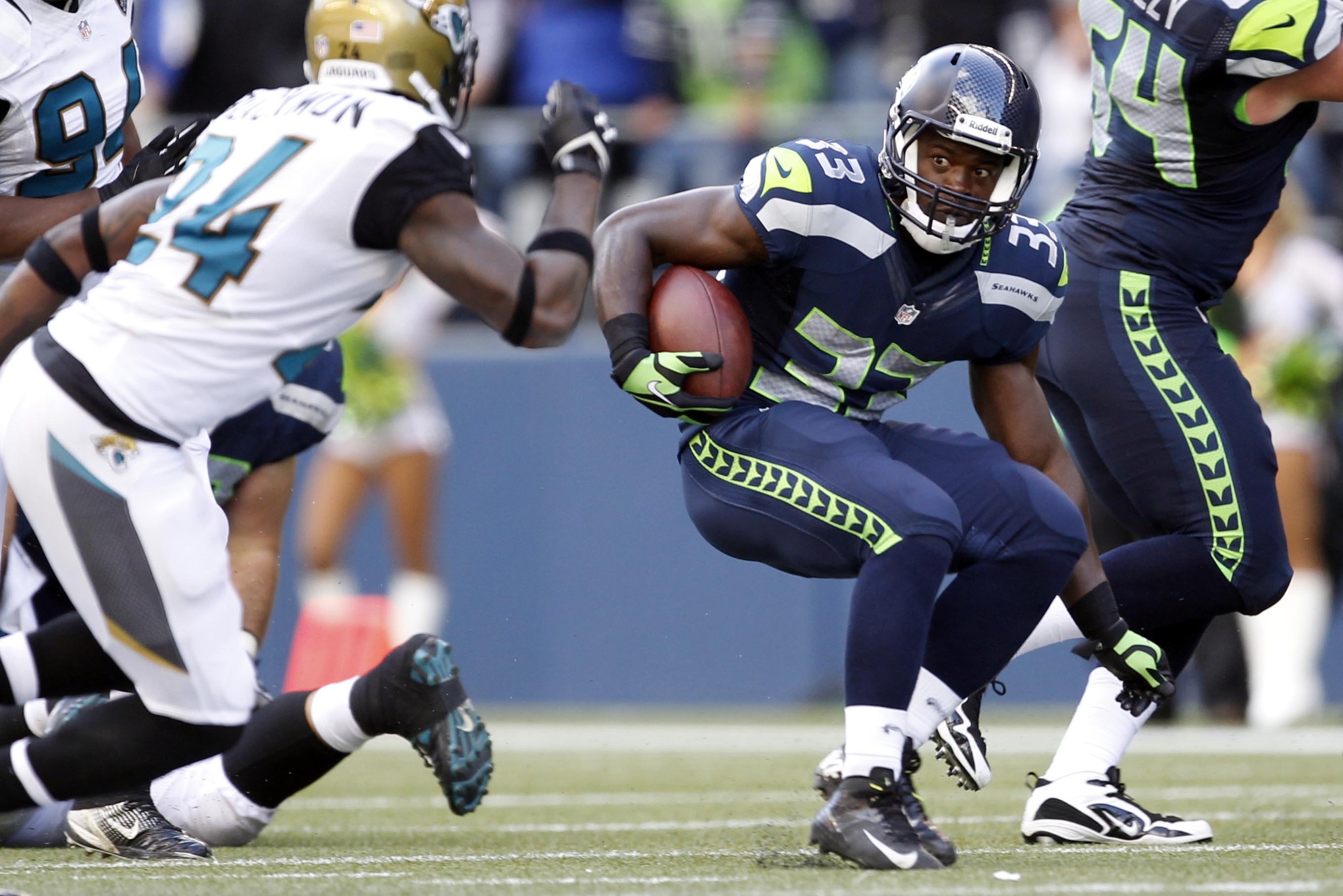 Why: Marshawn Lynch is still the Seahawks' "workhorse," but in an effort to preserve Lynch's health and legs until late in the season, I'm guessing Seattle will look to hand some of his load to Turbin and Michael. Michael is the more gifted runner of the two, but is not as accomplished of a pass protector. It's a tossup as to whether Michael will leapfrog Turbin for the backup running back spot, but he's certainly more dynamic.

How: Well, doing things like this will help (all preseason, but showcases his speed/agility):

Seattle's coaching staff has indicated that inconsistency in the "little things" was what kept Michael off the field last season -- knowing his role in pass protection, knowing his job in the team's zone-blocking scheme, etc. If he's been in his playbook over the offseason, he'll have a shot at making a big impact in Seattle's offense in 2014. If he can get onto the field, the Seahawks will have a new type of player, different than the physically brutalizing Marshawn Lynch and different than the explosively fast Percy Harvin -- Michael is somewhere in the middle.

When Christine Michael gets his chance regular season '14, provided he's healthy, he'll show he's the most gifted RB drafted in past 5 yrs.

Who: Kearse was an undrafted free agent out of Washington in 2012 who worked his way onto Seattle's roster from the practice squad, and has proven to be a reliable target for Russell Wilson since. He's a strong run blocker who has shown an ability to win jump balls and box out defenders.

Why: Kearse is Seattle's de facto "third receiver" after Percy Harvin and Doug Baldwin, but until Harvin strings together a few games this year, his reliable availability will remain a weekly saga. Thus, having an experienced and dependable third receiver could prove to be pretty important for the Seahawks. Seattle also trended toward "11" personnel in 2013, or three receivers, one back and one tight end formations, so having three quality receivers is a must. 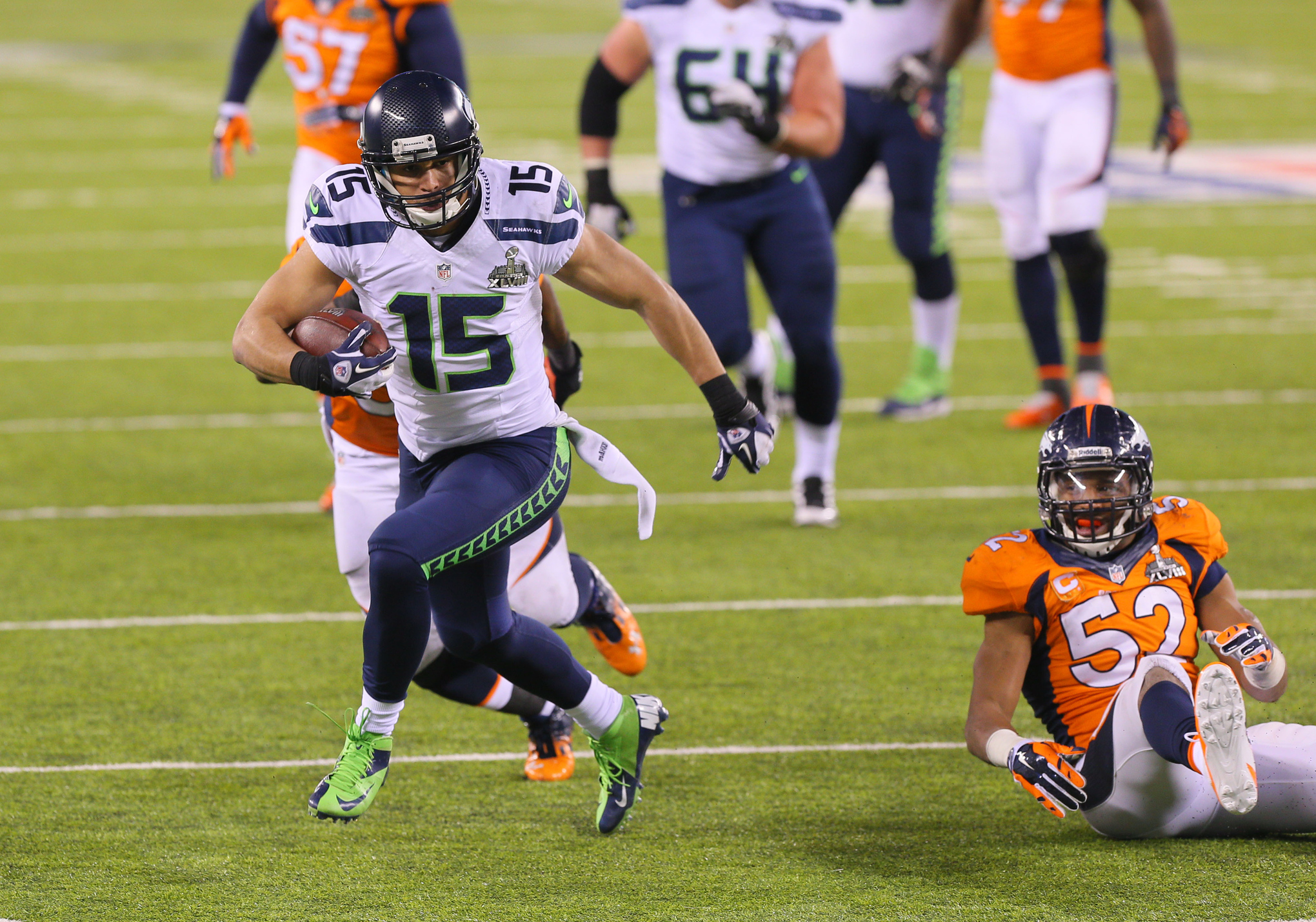 How: Kearse cleaned up his issues with drops in 2013 after having Lasik eye surgery, and he'll need to prove that this past season wasn't a fluke in that area. He'll continue to compete on special teams, and separates himself from the pack because of his experience in the return game as well.

Who: Willson was a fifth-round pick by the Seahawks in the 2013 draft. He's a 6'5, 255-pound tight end who has excellent speed and the potential to develop into a well-rounded "Y" tight end, capable of stretching the field vertically but also blocking in-line. He caught a decent 20 passes for 272 yards and a touchdown in his rookie year (compared to 33/387/5 for Zach Miller).

Where: Willson should be Seattle's "move tight end" but he's also Zach Miller's backup as the in-line Y tight end. His main differentiating attribute is his 4.51 40 speed, as well as being a seam stretcher and mismatch maker. 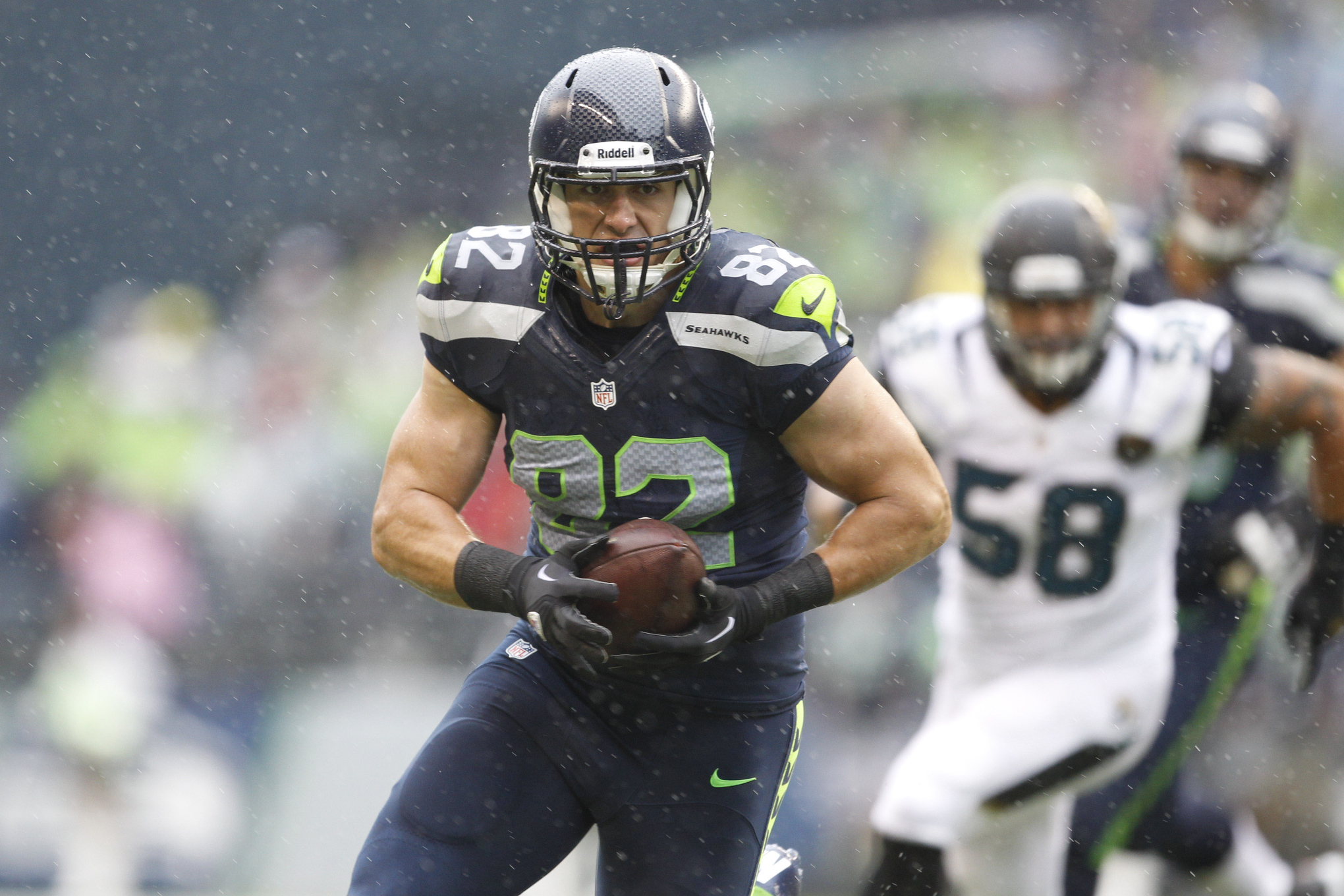 Why: Miller missed two games in 2013, and the Seahawks heavily utilize their tight ends in their offense. If Miller were to leave the game, Willson provides a capable backup option. He separates himself from the field with his top-end speed and excellent toughness (he's Canadian, of course).

How: Willson's core competency this year will be his speed to threaten the seam. He'll play an important role as the backup to Zach Miller, but he'll get snaps if he can be a threat as a receiver, creating mismatches when lined up against linebackers.

Who: Lane was a sixth-round pick by the Seahawks in the 2012 draft.

Where: Lane can play outside but his primary role is as a nickel or dime subpackage defensive back. He's a backup on the outside. He's also a heavy special teams contributor (gunner).

Why: With the departure of Walter Thurmond and Brandon Browner, Lane jumps up the depth chart on both the outside and the inside. In fact, he's likely the "starter" at the nickel spot (slot cornerback), which sounds like a contradiction, but Seattle ran in nickel and dime looks in 42 percent of its snaps in 2013. That's nearly 500 snaps. 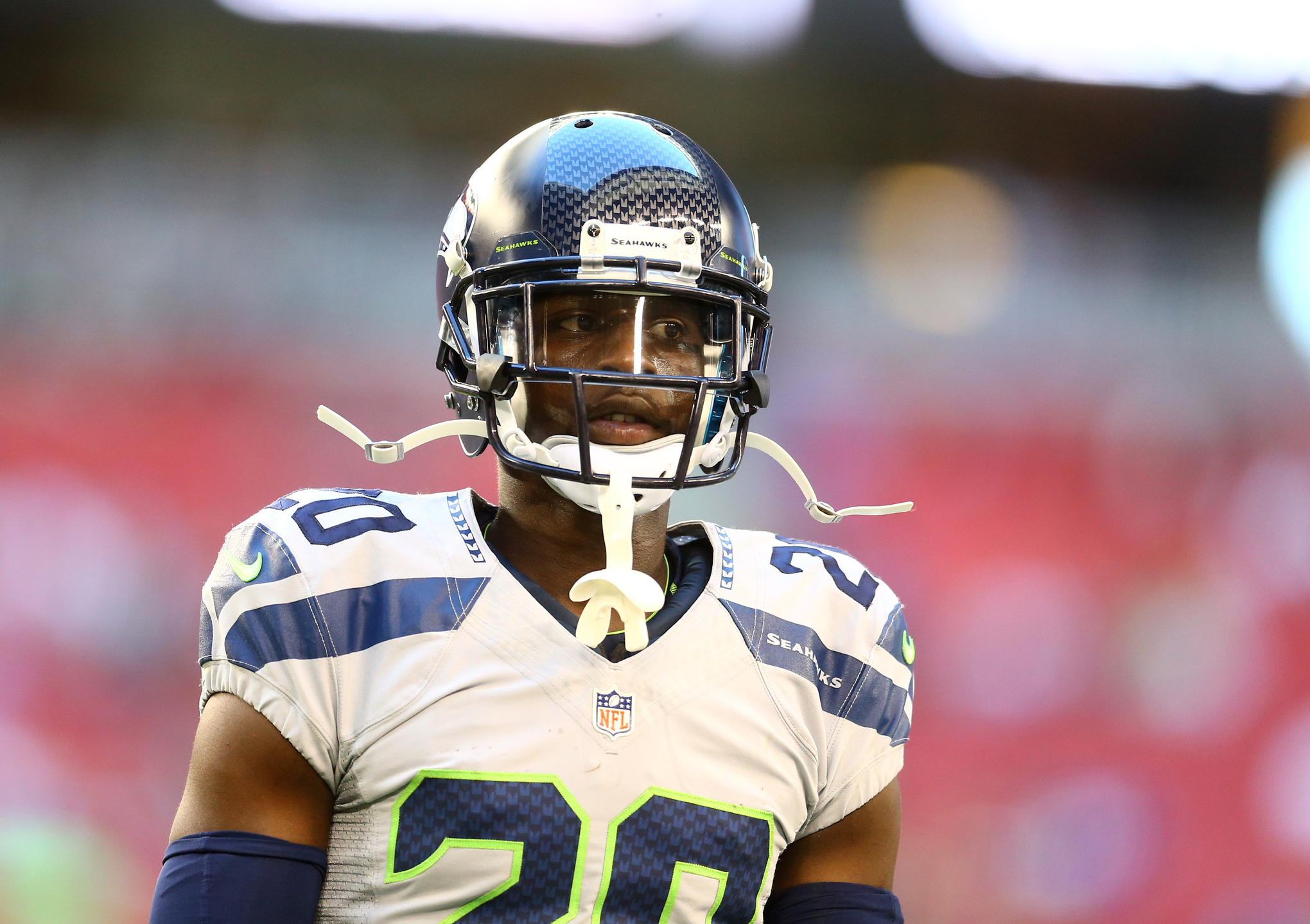 How: Play sticky in coverage. Flip hips, run with receivers and leverage length to get hands in passing lanes. Play the run with a gusto. Don't let anything over the top.

Who: Simon was a fifth-round pick by the Seahawks in 2013. He "redshirted" his rookie season after landing on the injured reserve with a foot injury.

Where: Outside cornerback. He played some slot CB in college, but in Seattle's press-heavy cover-3 scheme, Simon's length (6'2) to jam and disrupt passing lanes is key. He's also a physical tackler at the cornerback position, which is key to Seattle's strong run defense. Simon has been getting rave reviews in camp this year. 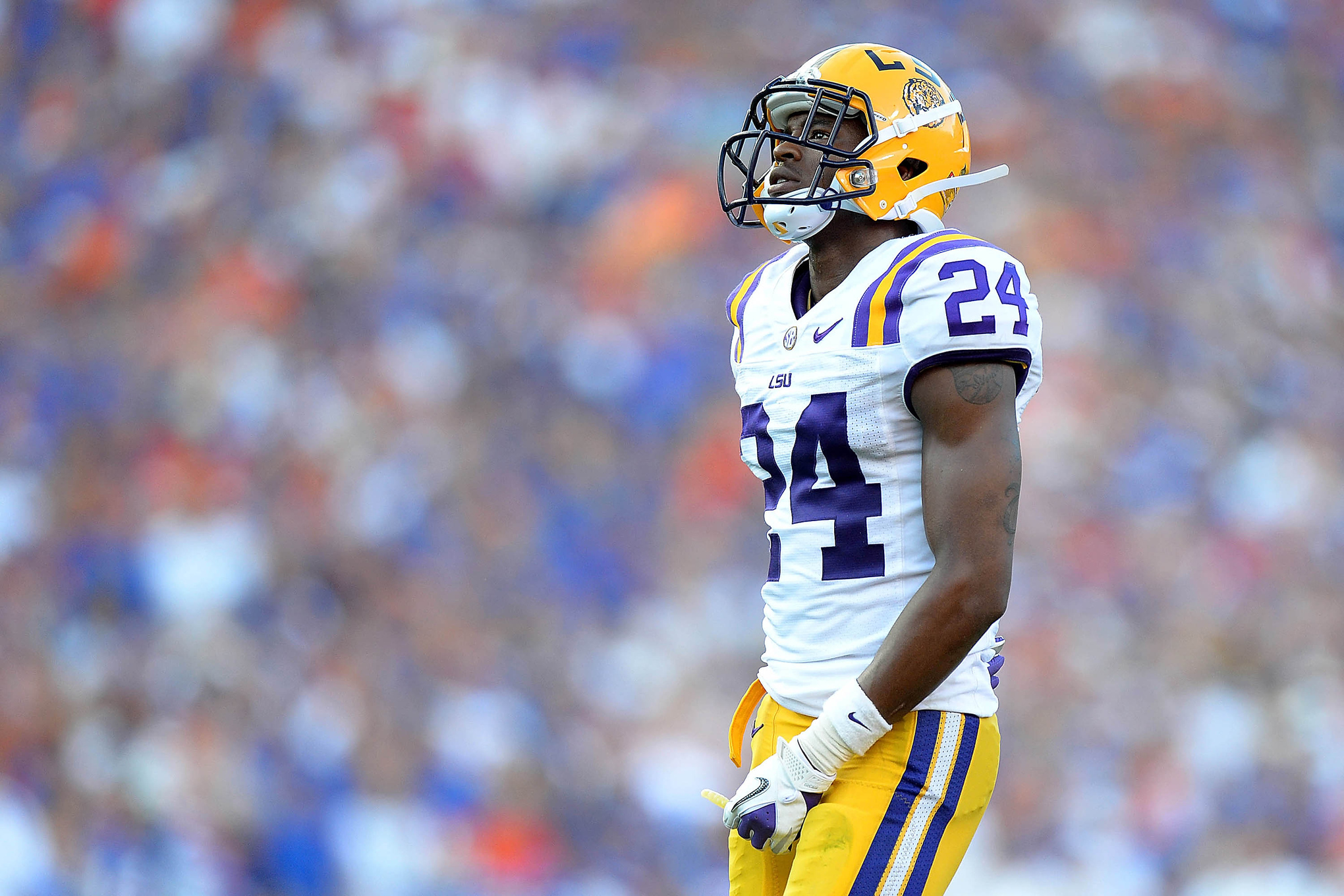 Why: Depth at cornerback is one of the most important things to have in the NFL these days. It's a passing league, as you might know, and injuries happen. With the departure of Brandon Browner, Tharold Simon figures to be a factor for the Seahawks' outside depth, and may even be forced into game action if injuries occur.

How: Jam the crap out of opposing receivers. Use speed to mirror downfield. Play with attitude and physicality. Find the ball before the receiver does.

Who: Hill was Seattle's third-rounder in 2013 and Williams was a fifth-rounder. Greg Scruggs was a seventh-round pick in the 2012 draft. All three sat out of the 2013 season with injuries, and all three could be part of the Seahawks' defensive line rotation in 2014. 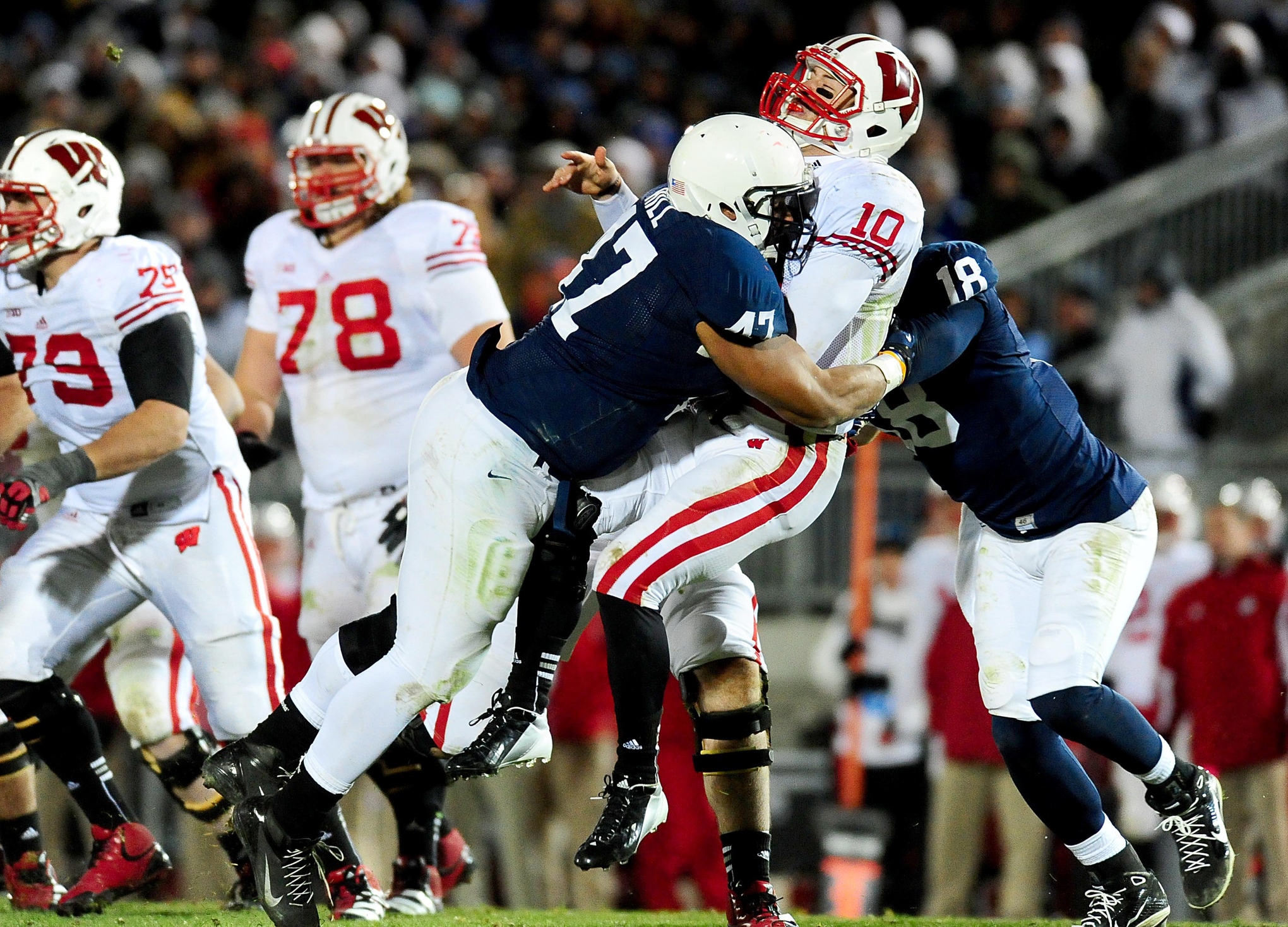 Where: The interior defensive line, mainly. Jordan Hill and Greg Scruggs are nickel pass-rushing defensive tackles (three-techniques in the Seahawks' system), and Jesse Williams is a run-stuffing space eater who fits at nose tackle or under tackle in base downs. He can also play a five-technique defensive end spot in a pinch.

Why: Seattle lost Clinton McDonald and Red Bryant to free agency and will need someone to step in and provide energy, physicality and playmaking ability. The Hill/Williams/Scruggs trio has yet to really prove themselves on the field, and it's unclear who will end up making the roster, but all three have definite talent. Seattle has two spots to fill, and it's possible two of these three will end up filling those spots, at least partially. 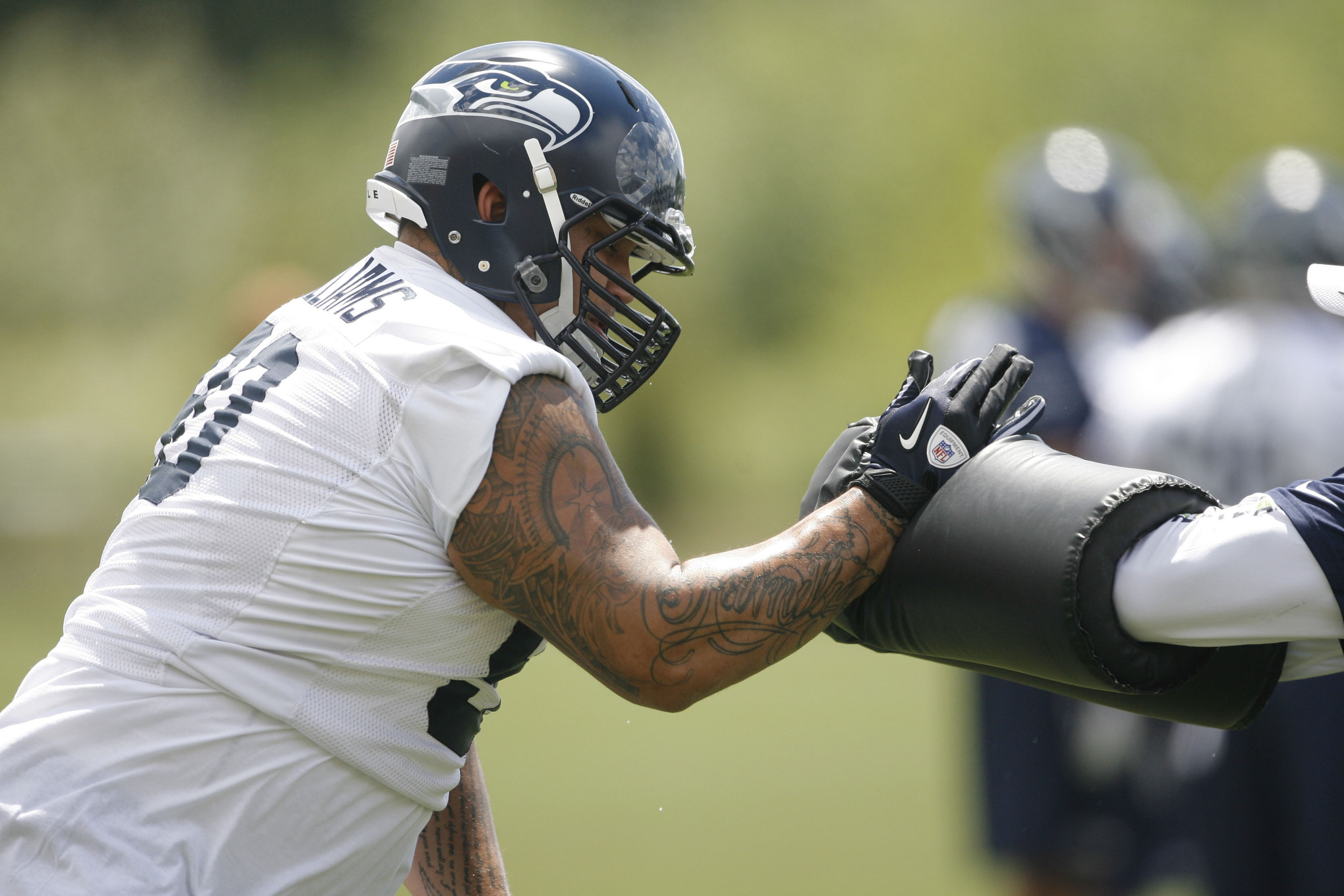 Next up: The San Francisco 49ers