Claude Humphrey, from Hazzard County to the Hall of Fame

Former Falcons and Eagles pass rusher Claude Humphrey had a storied career on the field and off. Jason Kirk reflects on the only Hall of Famer who acted in a show featuring a police chase through a chicken coop.

Share All sharing options for: Claude Humphrey, from Hazzard County to the Hall of Fame

There are a lot of things to know about Pro Football Hall of Fame defensive end Claude Humphrey. Here are three of them.

1. He's the second actual Atlanta Falcon to make the Hall.

Atlanta fans don't get to do this often. There's Deion Sanders, but the team's three other enshrinees -- Eric Dickerson, Chris Doleman, and Tommy McDonald -- played a combined five years in Atlanta. Even Deion played only five, though Falcons fans can fully claim every bit of him without thinking twice.

Humphrey, the imposing former Tennessee State Tiger, played 11 of his 14 seasons in Atlanta. That includes starring on the 1977 Falcons, the lunatic "Grits Blitz" that often blitzed nine of 11 defenders and gave up the fewest points in NFL history.

(That means he also played a major role in changing all of football, as the NFL swung its rules in the offenses' favor the following year. Don't like defense-free shootouts? Blame Claude Humphrey and company for being too good at stopping them.)

And even though he briefly retired mid-career and lobbied for a trade, ending up with the Eagles, one cannot be blamed for wanting to leave the pre-Arthur Blank Falcons. "Pre-Arthur Blank" is a really spacious-sounding era and must describe a whole lot of years as being bad years, you say, and you are right. He then helped the Eagles reach Super Bowl XV, where he threw a penalty flag back at a ref. 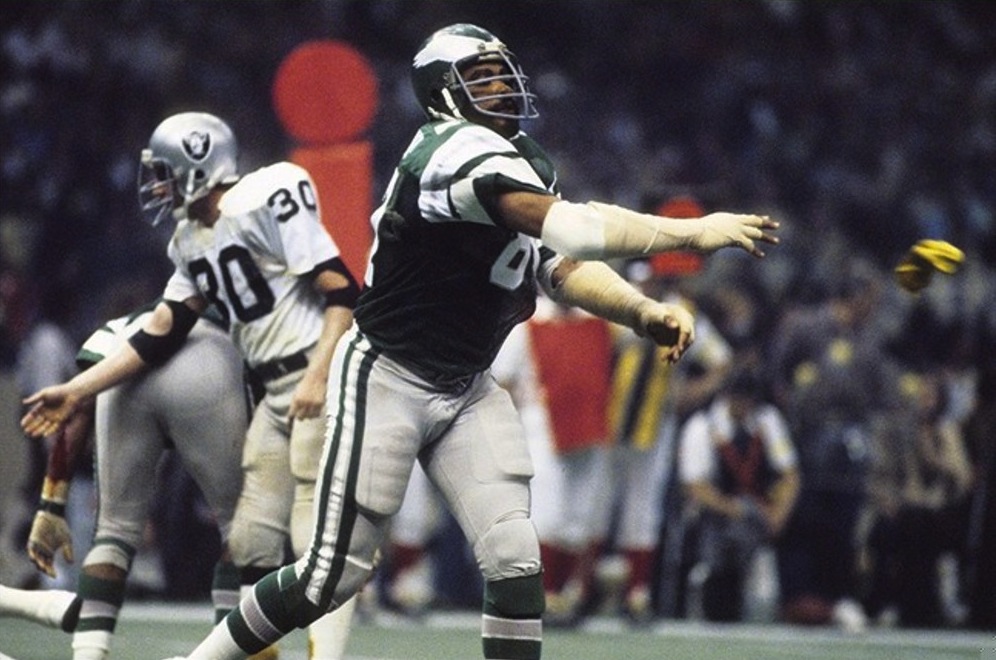 2. He should've been inducted a long time ago.

The NFL didn't start keeping track of sacks as a statistic until 1982, the year after the two-time All-Pro retired. He's since been "unofficially credited" by the NFL with 122 sacks, putting him well ahead of previously enshrined pass rushers like Andre Tippett (100), Howie Long (84, or 91.5 with unofficial sacks included), and Randy White (only credited with 52, though his number is also unofficial). Broad as an interstate and hungry for big plays, Humphrey became one of football's first true pass rushers.

Humphrey makes it clear it was worth the wait

Claude Humphrey waited a long, long time to make it into the Pro Football Hall of Fame. He's just as humble as ever.

Humphrey makes it clear it was worth the wait

"Deacon Jones named the sack, and Claude Humphrey outlawed it," said his Eagles coach, Dick Vermeil. I don't know what that means, but it sounds great.

Of course Humphrey, like all the other pre-1982 defenders, believes his number should be higher. That's the tradeoff: his numbers are unofficial, but he gets to mythologize.

"Before they started keeping records of sacks, man, I was getting sacks left and right," he said. "That statistic they have has got to be wrong."

And it took both substance and self-promotion to make six Pro Bowls while playing for the forgettable '70s Falcons. Teammate Tommy Nobis, the franchise rock and a linebacker considered superior to Dick Butkus by Hall of Fame fullback Larry Csonka, was recognized for only five. 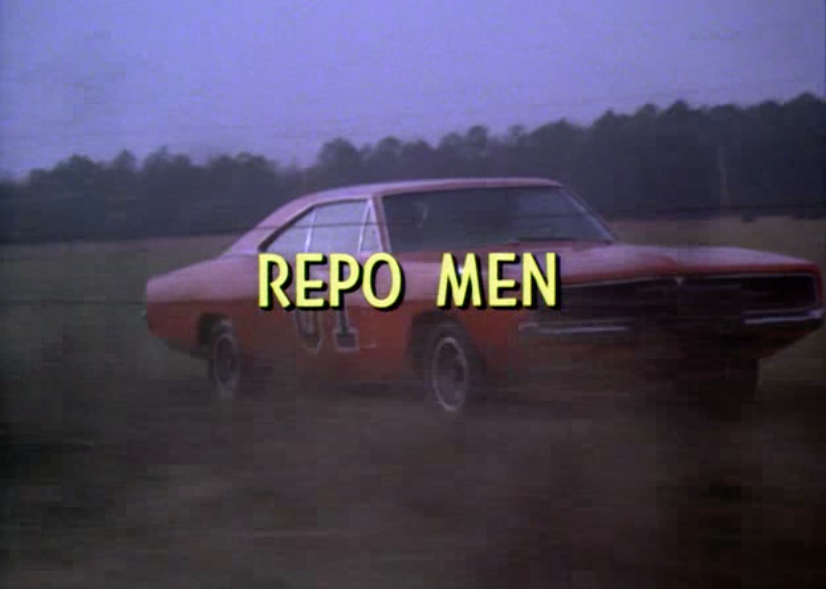 Humphrey was good at two things: football and talking (he talked a lot on the field, once telling a 49ers quarterback after a sack, "don't go away, 'cause I'll be right back"). So during his year of recovery from a decade of being a Falcon, Humphrey talked. He worked as a radio host in Atlanta and played the bad-guy muscle in the Georgia-filmed The Dukes of Hazzard's fourth episode. 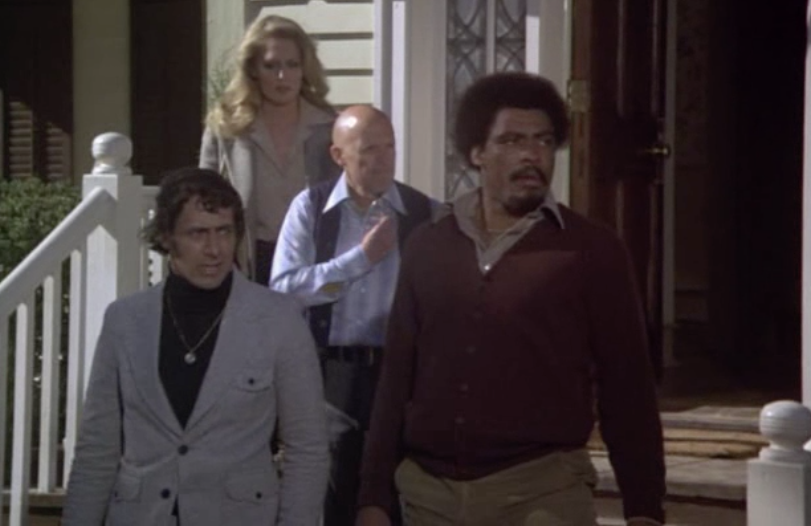 That's a band of counterfeiters, and the Duke boys have to repo a Rolls-Royce from them so they can afford to buy a wrecked car that was once wrecked by Richard Petty so they can use its parts to win a race on Sat'rday. But they're being set up by Boss Hogg! That never happens! 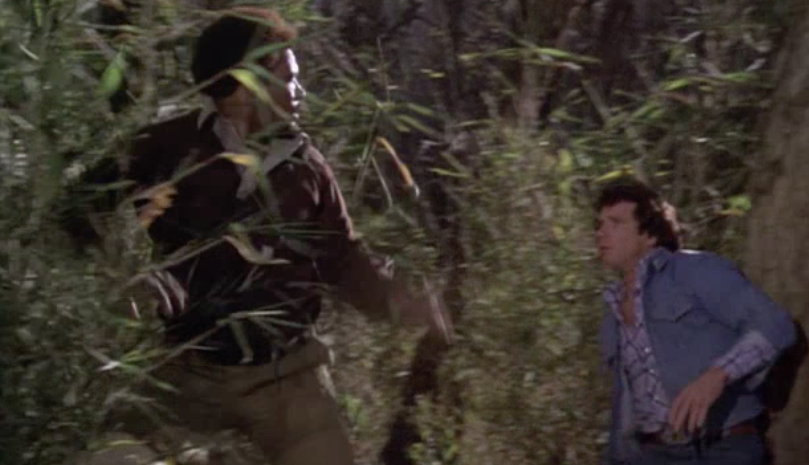 And here is his best stunt work:

Just as Michael Jordan took a break to play baseball, a Pro Football Hall of Famer took a break in part to act in a production in which there's a police chase through a chicken coop. And that's wonderful.