A punter on Ray Guy finally making the Hall of Fame

Former Raiders punter Ray Guy will be enshrined in the Pro Football Hall of Fame this weekend, the first punter ever to make it to Canton. We turned to St. Louis Rams punter Johnny Hekker for some insight on this historic occasion.

Share All sharing options for: A punter on Ray Guy finally making the Hall of Fame

On Saturday night in Canton, Ohio, Ray Guy will take the stage wearing the iconic gold jacket worn exclusively by members of the Pro Football Hall of Fame. A first-round pick by the Raiders in 1973, Guy changed punting and the importance of special teams during his 14-year career.

Guy is one of seven new members to be enshrined in bronze this year. But there's something different about Guy, something that sets him apart from his gold jacket wearing peers: he's the first punter, pure punter, to be inducted into the Hall of Fame.

We asked St. Louis Rams All-Pro and Pro Bowl punter Johnny Hekker to help explain just how important this is and what it means for Guy and the game as whole.

It's a big moment for punters, huh?

What is it about Ray Guy that was so different, Hall of Fame worthy?

Ray Guy was the first guy to really incorporate hang time and getting the ball up into the air. You talk to coaches that were around and watched him, and they say that there was nobody really doing what Ray did as far as hanging the ball up, exploding through the ball and putting those big rainbow arches on the punt trajectory. That scared a lot of returners. That made something click for a lot of special teams coaches. He was an engineer of punting technique that was ahead of the game. So many of us now owe our punting technique and style to him.

Guy says Hall of Fame is now a 'complete team'

Guy says Hall of Fame is now a 'complete team'

Is there anything about your approach that reminds you of Ray Guy or a technique you borrowed from him?

Oh boy ... Ray was a technician that really took pride in his game and wanted to win the returns by getting great hang time on the ball and improving his team's ability to cover the punts. One thing for me is that I play with a lot of young, fast, very tenacious guys on special teams who are coached by, in my humble opinion, the best special teams coach in the NFL. We were able to do some great things last year, but just getting the ball up in the air and giving our guys a chance to get down there helps quite a bit.

I never have. The closest I got was one of my good friends from college won his award in back to back years. He got to meet him.

I've seen lots of pictures and film of him back in the day. I know he was able to do a lot of great things for punters.

Ever go to one of his kicking camps?

Ever been to a punting or kicking camp at all?

I have. I train with a coach out of Mobile, Mike McCabe from One-On-One Kicking. He teaches a lot of punting and kicking techniques that really helped mold my game. It's a thing that's catching on. The last five or six years have been really big for kicking and punting instruction. Those guys that put on the camps are really starting to get some traction. It's good for the game. 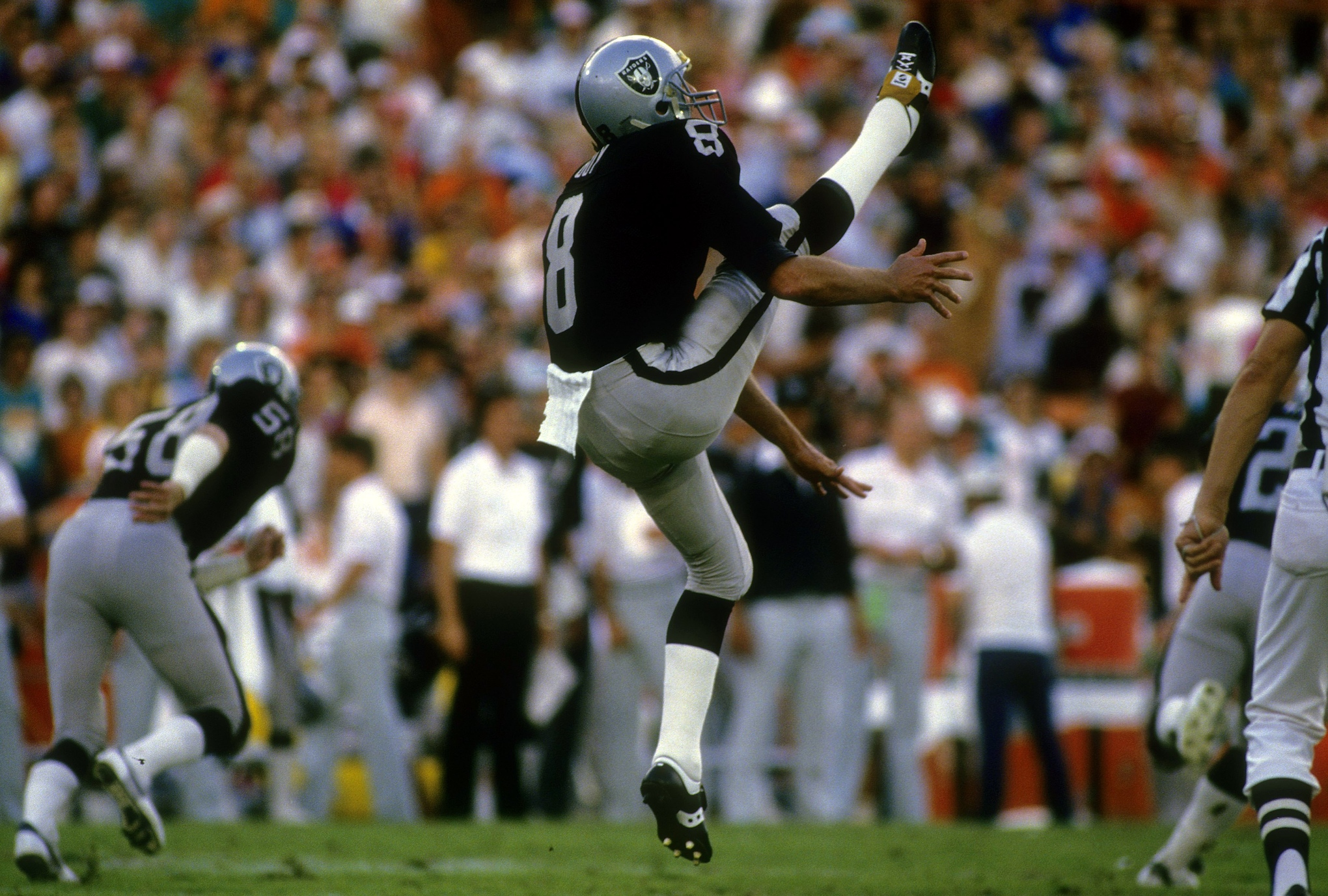 Kickers and punters back then weren't as physically ripped as they are today. What happened?

It's just the progression of the game, people getting better. I go coach high school camps and see kids out there hitting balls that I wasn't hitting until my junior or senior year of college. It's good to see, but I also realize that these kids are going to be vying for my job one day.

Guy came from Southern Mississippi, why does it seem like so many NFL punters and kickers come from small schools?

I don't think there's any true explanation for it. Kicking and punting is one of the only positions where it's universal at any level. You have the same football, the same field, the same conditions as everybody else whether you're at D3 college or a major D1 program. The stands are going to look a little bit different, but the uprights are the same.

For kickers and punters it's somewhat of an individual sport within the team sport. That's why you see guys coming out of smaller schools who can do some great things. You've got Marquette King out of Fort Valley State, Sam Martin from Appalacian State.

Are we seeing the golden age of special teams?

It's something where the NFL has definitely had a useful movement. I think that lends itself to guys that are really hungry to put the time and energy into special teams to make the team, to perfect our craft. And there are coaches out there, through years of collaborating and watching film are finding new ways to improve technique. They're coaching guys like they've never been coached before. I think it's just years and years of experience building to this point, and I think it will just continue to do so. 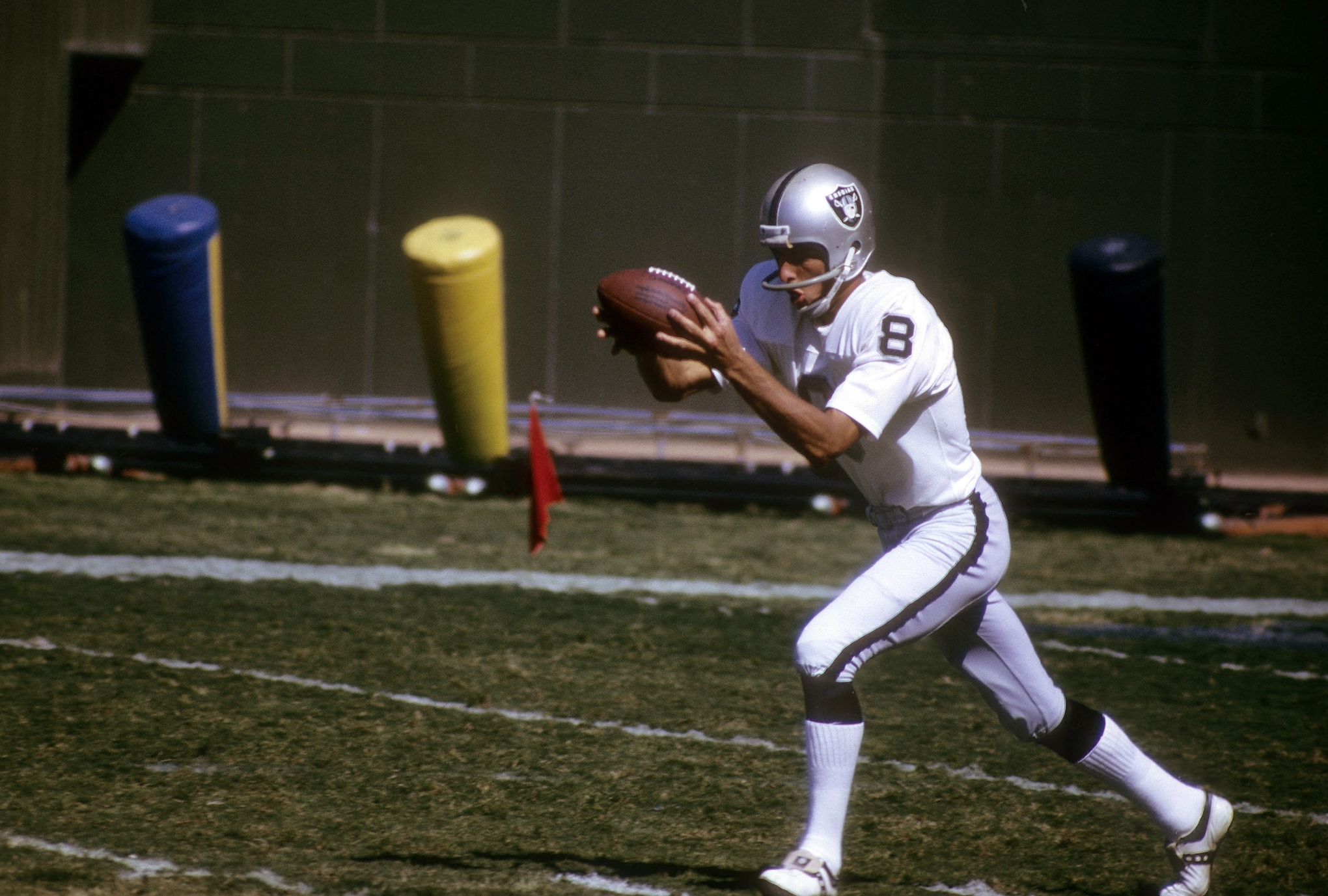 What's it like when the punter gets press because the rest of their team isn't very good?

What would the reaction be today if someone took a punter in the first round?

The reaction would be: "This punter better be unreal."

We had a punter in my class taken in the third round, Bryan Anger out of Cal. He was definitely one of more special punters I've ever seen in college. Even that got a lot of scrutiny for the Jaguars, being picked a couple spots before Russell Wilson and seeing that play out.

A punter taken in the first round would be a little out there, teams would come under a lot of fire. They probably wouldn't get too high of a grade.

Top perks of being a punter? 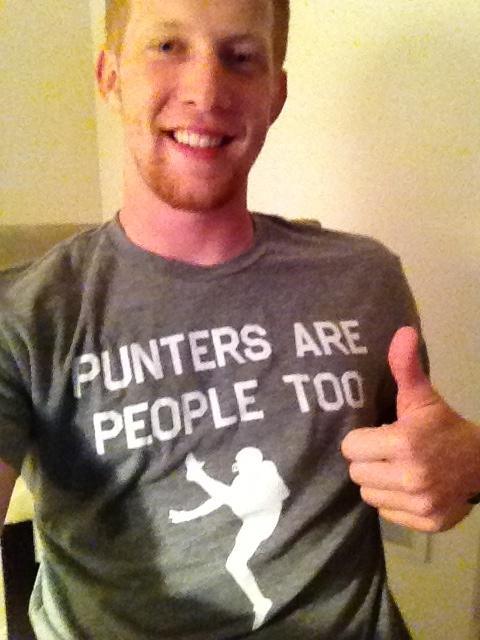 I don't think there are many better situations to be on an NFL team and not be the most physically exerted guy around. You're going to watch a lot of practice. You get to hang out with some of the best athletes in the world. You have a very lax meeting schedule. I'm not saying we don't do any film; I'm just saying it pales in comparison to the vigorous film breakdowns and meeting schedules for the skill position guys.

I get a lot of down time. I get to read. The down time is probably the biggest perk to being a punter. if you asked my teammates they'd probably say the same.

So you don't have to go against Robert Quinn in practice?

Yes, when I'm saying my prayers, I thank God for that every day.

The best and worst punter-themed gift you've ever received?

I don't really get too many punter-themed gifts. I got the "Punters Are People Too" shirt from Rich Eisen; that's pretty special.

As far as bad punting gifts, I don't think you can go wrong with a punter-themed gift, so I'm going to have to opt out of the question there.