The Steelers feel young again, and that could be the key for a dynasty in Pittsburgh. Here are the names you need to know.

Share All sharing options for: Steelers building a new foundation

In this series, I've been breaking down "who" I think those players are, "where" they play, "why" they'll potentially play a key role in 2014 and "how" they'll succeed in that.

On tap today, we have the Pittsburgh Steelers.

Who: Wheaton was a Steelers third-round pick out of Oregon State in 2013, but was limited to 161 snaps his rookie season because of a finger injury. He finished with six catches for 64 yards, well below the total catches and YPC you'd hope for, and his long was 21 yards. That is likely to change in 2014.

Where: Wheaton can play outside or in the slot, and the Steelers will want to utilize his downfield speed more this season. He has a few similarities to former Pittsburgh receiver Mike Wallace, so that's the type of player you want to see emerge. Wheaton also has a shot at competing to return punts and kicks.

Why: Pittsburgh lost Emmanuel Sanders and Jerricho Cotchery to free agency over the offseason, and those two had a combined 113 receptions last year. This means there are targets to go around with this year's group, and Wheaton is a favorite to be the beneficiary of that, particularly if he can stay healthy. 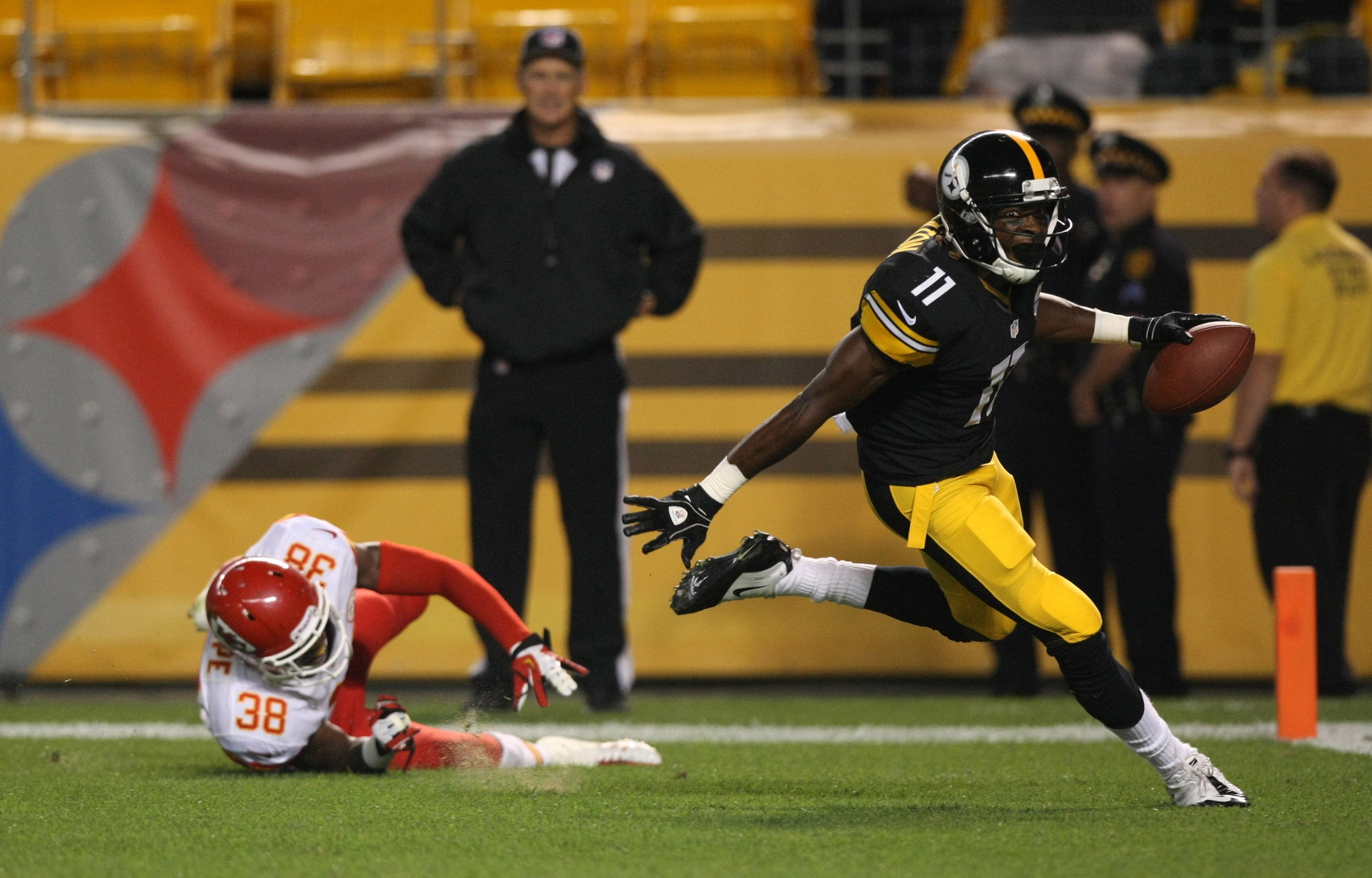 How: It's tough to break into the NFL as a rookie receiver in the first place, and suffering an injury to your hand does not help. Wheaton had to try to overcome both of those factors his first year but should be better prepared and healthy this year. The talent and drive is clearly there. He just has to start putting it together on the field.

Who: Bell was a Steelers second-round pick in 2013 and immediately factored into their offense, rushing for 860 yards and eight touchdowns as a rookie on 244 attempts. Although his 3.5 yards per carry was disappointing to some, stats bear out that he was actually a fairly elusive runner (he forced 36 missed tackles on the season). He'll likely want to boost his YPC this season, but he should remain the Steelers' bellcow back. 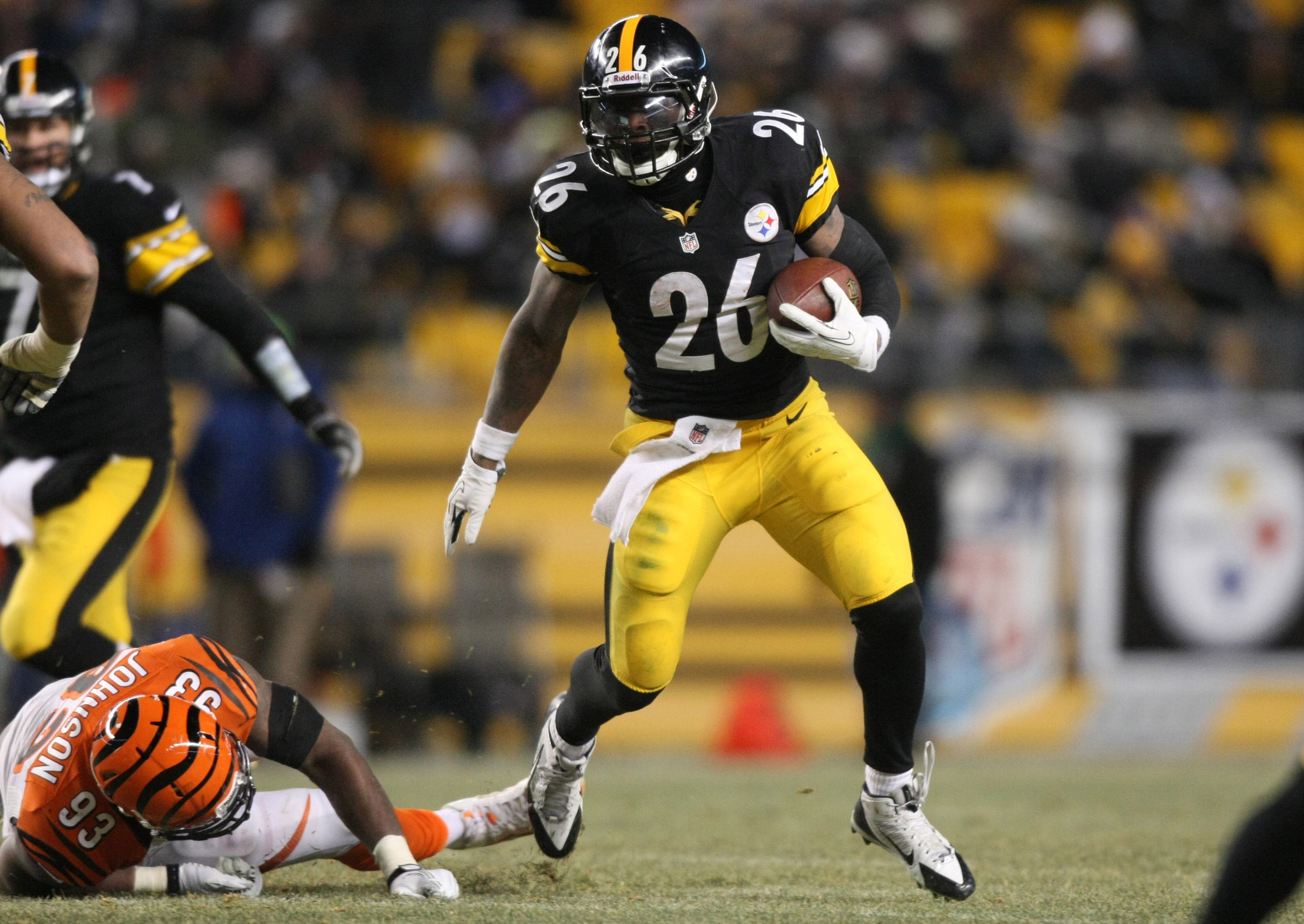 Where: The Steelers picked up LeGarrette Blount during the offseason so there will be a timeshare of sorts, though that may actually benefit Bell. With a little more rest and the help of Blount in softening up defensive fronts, the second-year player out of Michigan State could make a big jump. Additionally, adding rookie Dri Archer into the mix will give the Steelers a "thunder and lightning" change of pace, making things more difficult for defenses.

Why: The Steelers have brought in offensive line guru Mike Munchak to install a new multidimensional blocking scheme that will now include some zone, and with a little improvement in the trenches, the Steelers' run game could really get back to humming. Bell will have every shot to be the guy in Pittsburgh this year.

How: The first and most important factor will be acclimating to Munchak's new system. After that, consistency and ball security will be key.

Who: The Stanford offensive lineman was the Steelers' first-round pick in 2012 but missed much of his rookie season with a major knee injury. The Steelers were looking to pair him with Maurkice Pouncey last season before Pouncey went out with a knee injury. In DeCastro's third year, the potential interior one-two punch may finally get to work together.

Why: Despite missing his linemate last year, DeCastro had a very solid campaign. He'll look to build on that this season with more stability and power in the rest of Pittsburgh's offensive line. "I'm really excited about having Pounce back and a chance to play with him this season," DeCastro said last week. "We've added a few new people, like (LeGarrette) Blount and Lance Moore, but having continuity on the offensive line means a lot." 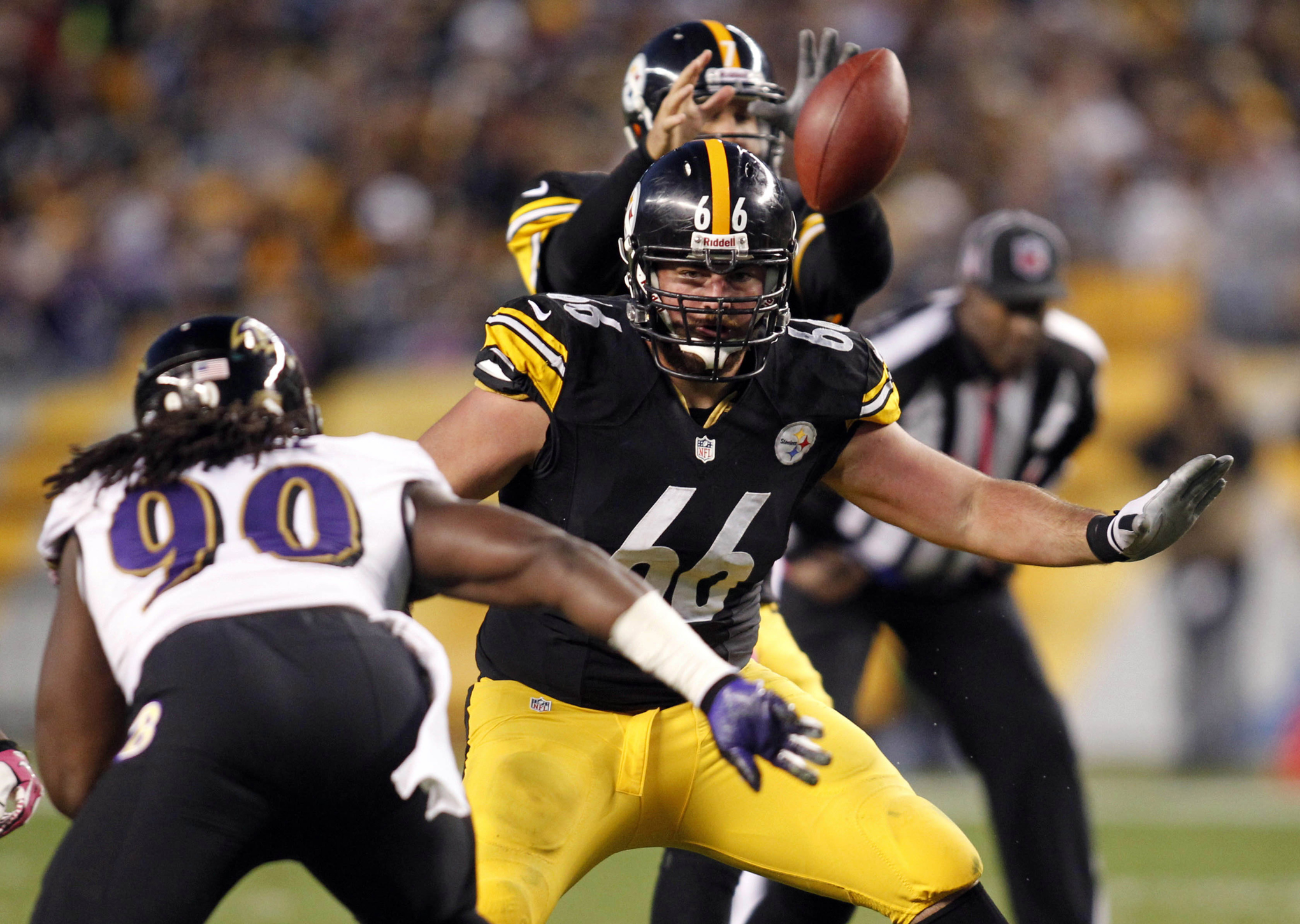 How: DeCastro now has two years of experience under his belt and that is going to be important as he looks to learn the new system. "I think everything has slowed down for me," he noted. "I understand the game and my techniques. Things are happening naturally."

Who: Jones was the 17th overall pick in the 2013 NFL Draft. He split time with Jason Worilds at OLB his rookie year and recorded 40 tackles and a sack. After his prolific college career, this lack of production was disappointing. 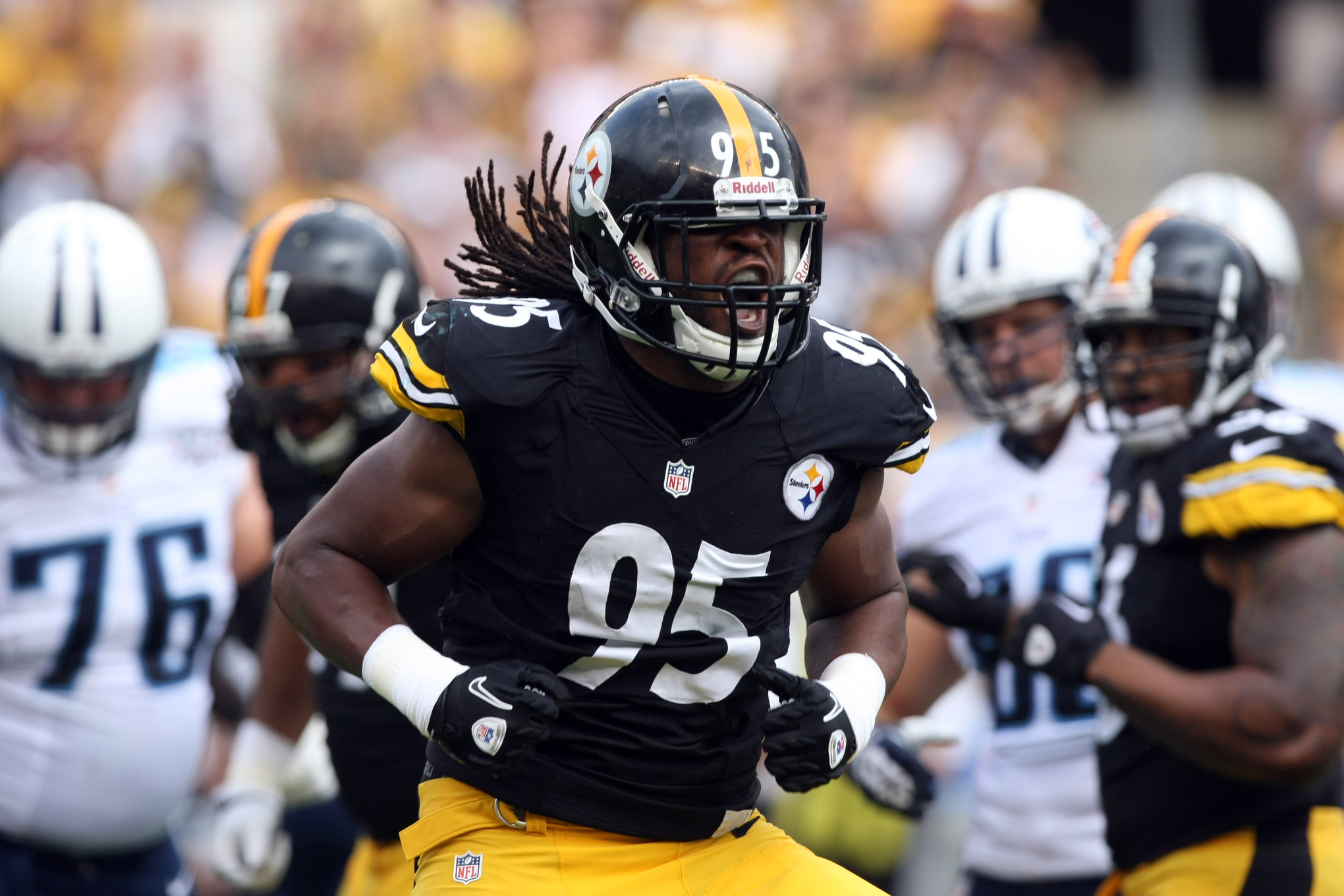 Why: Jones spent the offseason immersing himself in the playbook and training with former Georgia teammate Justin Houston, focusing on his hand use and pass-rush repertoire. Pure athleticism just doesn't get the job done in the NFL, and Jones will have to expand his arsenal of moves to get more sacks. Reports out of camp have been fairly positive that he's made strides in this department, and Jones has noted he's stronger now than he was last year.

How: "I'm going to do it my way," Jones said in late July. "Just keep quiet and work hard and produce on the field. I've got to live up to my name."

Who: Thomas was a fourth-rounder out of Syracuse in the 2013 NFL Draft.

Where: Strong safety, backing up and/or playing with Troy Polamalu

Why: Thomas got the rare opportunity to train with one of the greats at the position this offseason in Troy Polamalu, a regimen he said resembled "a karate movie with some ninja stuff." Polamalu's professionalism and approach should help Thomas make big strides in his second season.

How: Young safeties are often overly aggressive and easily manipulated by opposing, veteran quarterbacks. For these young players, tape study and experience go a long way. "I've matured a lot," Thomas said recently. "Last year was a fast game and a lot of things are going through your head. Everything has slowed down. I'm stable, I'm relaxed, I'm calm and I'm ready to play." 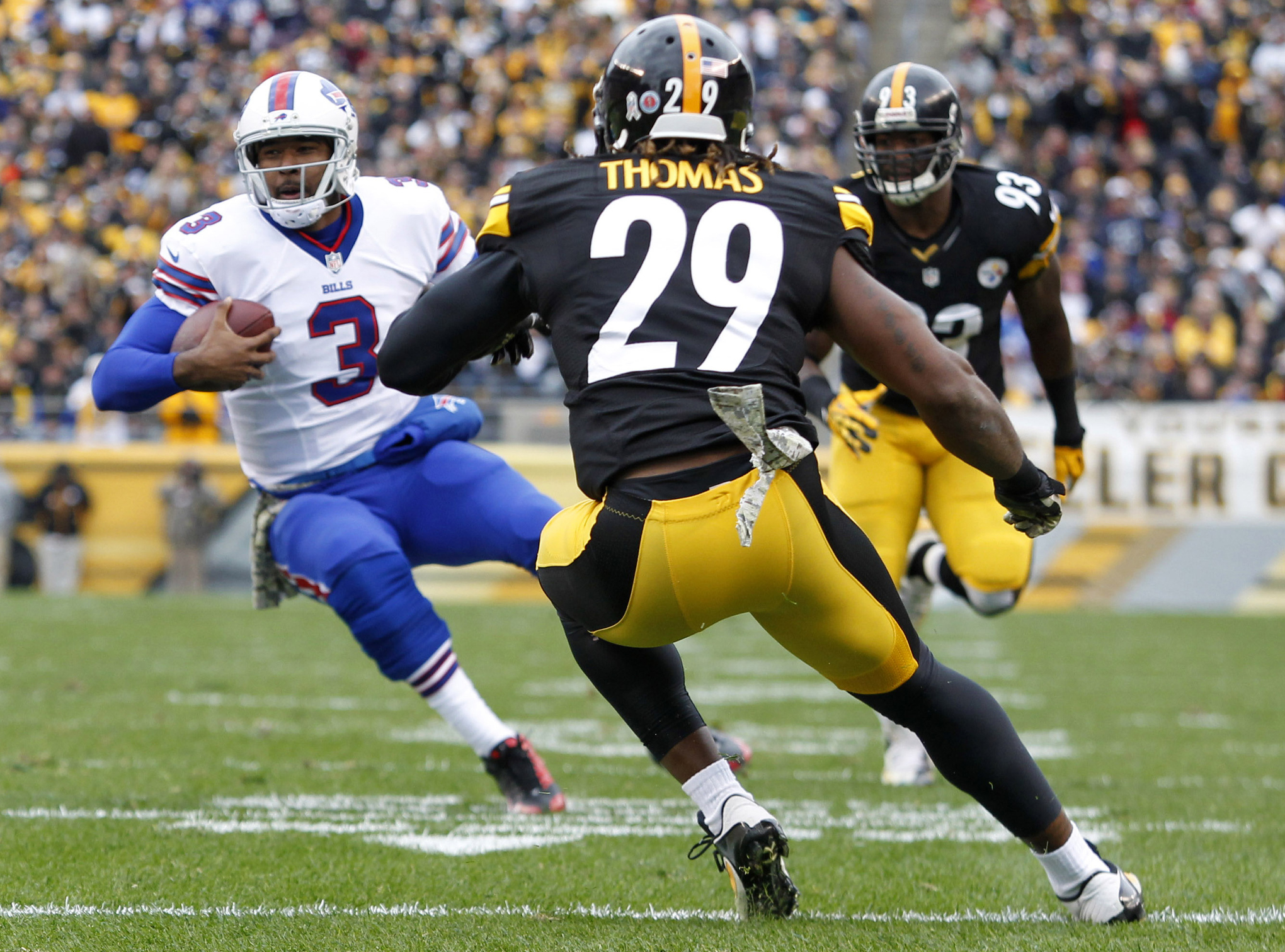