A promising group of young players could have the Bears challenging for supremacy in the NFC North.

In this series, we've been breaking down "who" we think those players are, "where" they play, "why" they'll potentially play a key role in 2014, and "how" they'll succeed in that.

On tap today, we have the Chicago Bears.

Who: Despite not playing a lot during a college career that took him from Florida State to Saddleback College to Oregon, the Bears selected long with the No. 20 pick in the 2013 NFL Draft. The move paid immediate dividends with Long starting the season opener at right guard. He started all 16 games, was named to multiple all-rookie teams and was added to the Pro Bowl as a replacement. Long has all the traits you could want from a right guard and should only continue to develop with more experience. 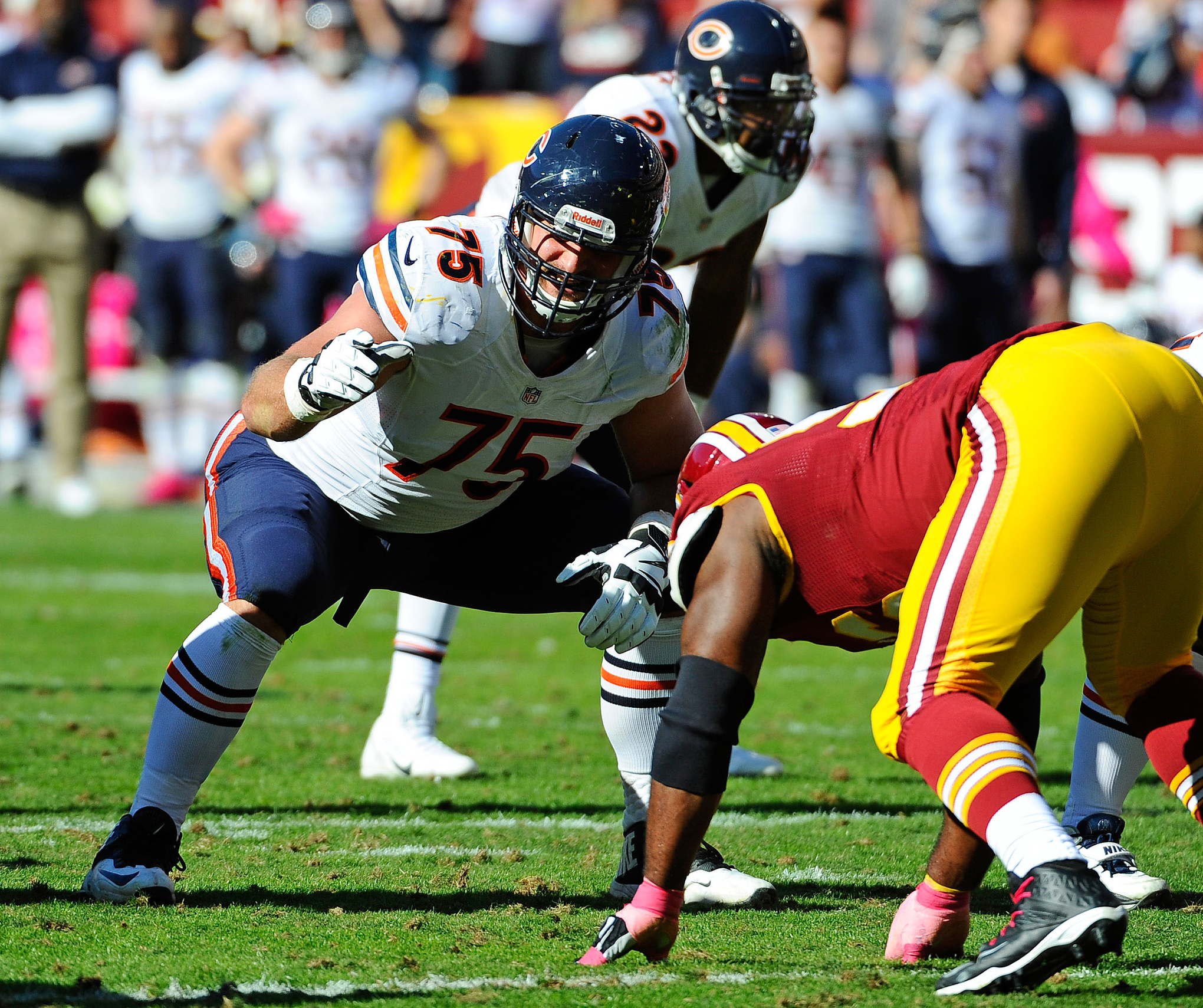 Where: Long moved around the line in college, but settled in at right guard for the Bears. Long and fellow rookie Jordan Mills anchored the right side of the line. Chicago averaged 6.3 yards per attempt on rushes at right guard, the second-best average in the NFL. Long was a major reason for that and will be back on the right side in 2014.

Why: Heading into last year, Long was very much an unknown and a work in progress. A year later, he's an anchor to the line and the undisputed starter at right guard.

How: The first thing Long needs to do is get healthy. He opened training camp sidelined with a viral infection. While it doesn't appear to be serious, viral infections can take a toll on a player's weight and strength. Assuming Long is able to get back to 100 percent before the season, he could be in line for an even better year. He was raw last year and managed to have success largely on his athletic ability. He still has those skills, only now with a better understanding of the offense.

"We thought he got better certainly in the understanding of our offense, protections, hand placement, taking the proper steps," Trestman said, via ESPN. "He understands how important that is, where he had no clue a year ago in terms of what that is all about. Aaron [Kromer] has said that on many occasions and we've talked about that. So he's way ahead. He's got some confidence. He knows he can play this game. He knows he can play in this league and he wants to get better."

Who: A seventh-round pick in 2013 out of Washington State. He was a prolific player in college, but saw his draft stock plummet after he quit the team during his junior season.

Where: The No. 3 receiver job behind Brandon Marshall and Alshon Jeffery is Wilson's to lose. Veteran Josh Morgan is the main competition, but doesn't have the upside of the 21-year-old Wilson. Wilson isn't as stout as Marshall and Jeffery but at 6'4 he fits in with the Bears' mold for tall receivers.

Why: Earl Bennett is gone, opening the No. 3 receiver position for Wilson. Jeffery, Marshall, Martellus Bennett and Matt Forte are going to suck up the majority of targets, but there will be a role for Wilson if he earns it. Bennett was targeted 44 times last season. 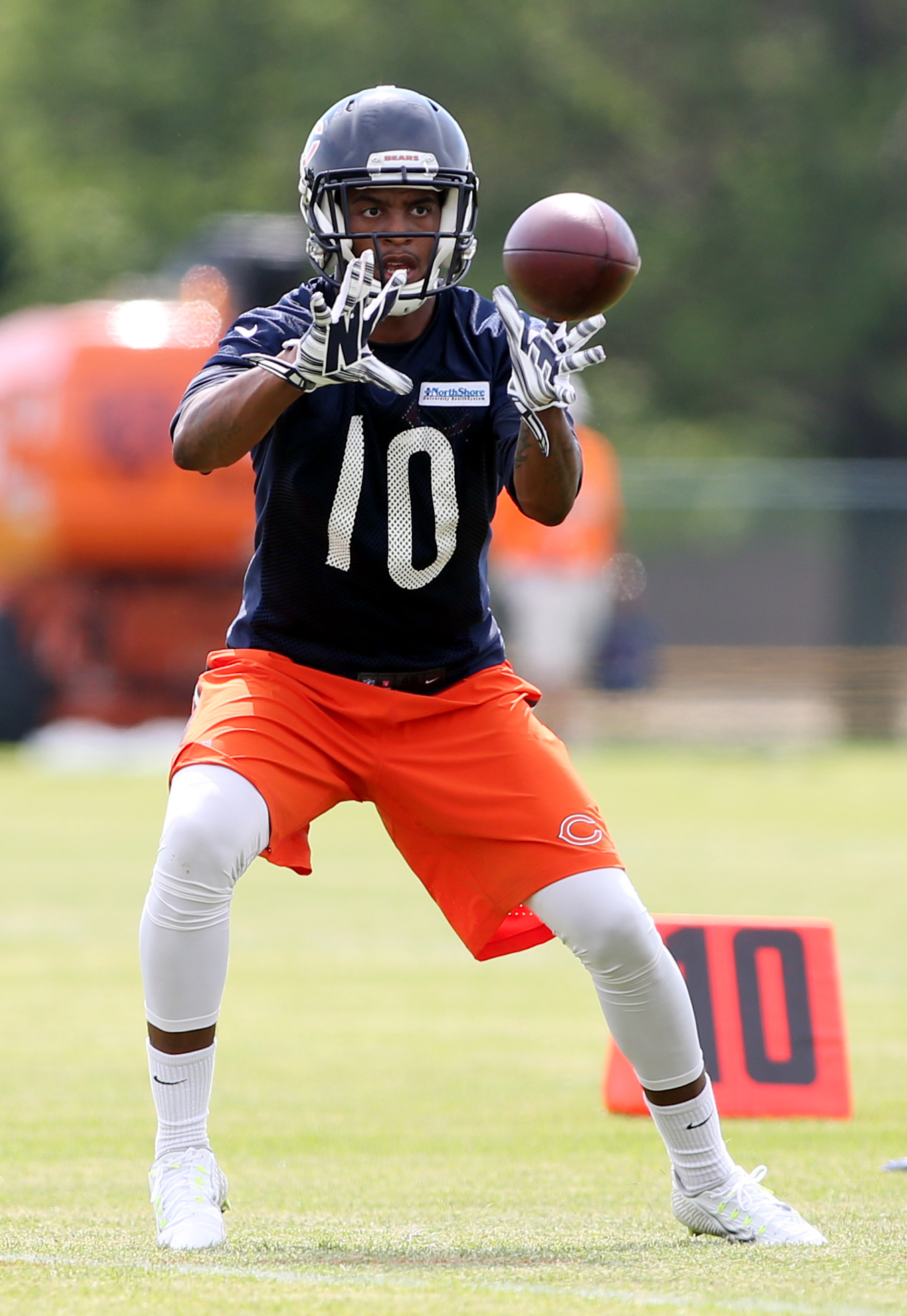 How: Wilson wasn't a seventh-round talent. He fell to the bottom of the draft due to questions about his maturity level and work ethic. His departure from WSU was very public and didn't shed great light on Wilson, but there was no denying his talent. He racked up 3,207 receiving yards in 34 college games, showing excellent body control and solid hands. He was a constant big play threat in college and displayed natural receiver skills that just can't be taught, like this:

He spent some of his offseason working out with Marshall and Jeffery. Developing a strong worth ethic should do wonders and the added size and strength are much needed. It's easy to forget he won't turn 22 years old until after the season starts. Wilson impressed during mini-camp, according to Adam Jahns of the Chicago Sun-Times. If he continues to work, he should make the Bears an even bigger matchup nightmare.

Who: Mills joined the Bears as an unheralded fifth-round pick out of Louisiana Tech. He didn't waste any time outplaying his draft status and earned the starting right tackle job out of training camp. Like Long, he started all 16 games on a much-improved Bears offensive line.

Where: Mills suffered a foot injury during Week 17 last year. He's been medically cleared for camp and as long as he stays healthy he'll be back starting next to Long at right tackle.

He'll need to take a significant step forward if he's going to become an average or better right tackle.

Why: Unlike last year when he had to beat out J'Marcus Webb for the starting job, Mills opens this year at the top of the depth chart. He'll still have to work to stay there, but the Bears don't have an obvious candidate to really challenge him for playing time.

How: Mills wasn't perfect last season. He gave up too much pressure and the Bears were forced to give him help on the edge too often. Still, he played well enough to keep the starting job all year and was on the sidelines for less than 50 offensive snaps, many of those coming in Week 17 when he was forced out with an injury. Being good enough to start may no longer be good enough. He'll need to take a significant step forward if he's going to become an average or better right tackle. He'll have the opportunity to do so and should open Week 1 as the starter.

Who: A second-round pick out of Florida, Bostic was initially penciled in to replace Brian Urlacher at middle linebacker. He didn't open the season in the starting lineup, but went on to start nine games during his rookie season.

Where: Bostic's role in 2014 is yet to be determined. He's competing with Williams for playing time inside, but there have been mentions that he could shift outside. Essentially, Bostic, Williams and Shea McClellin are competing for playing time at two spots. 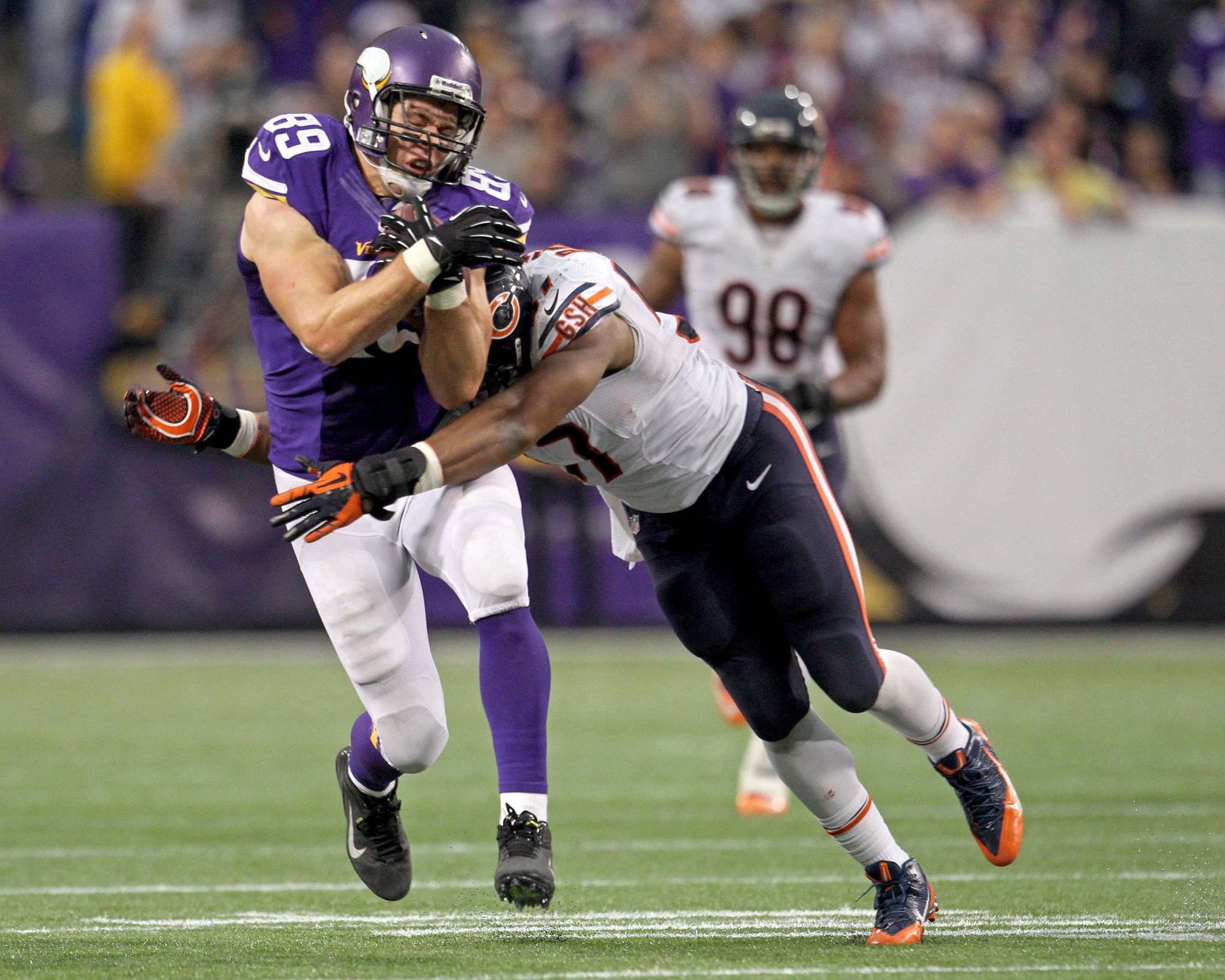 Why: The Bears need to make serious improvements in their run defense. Bostic came out of college as a physical player, athletic enough to stay on the field for three downs. He impressed initially in camp before faltering some. Although he struggled to diagnose plays quickly and get off blocks at time, he did show flashes. Williams is on the downside of his career and Bostic's potential is much greater.

How: The learning curve was steep for Bostic last year. He got lost in space too often and was a step slow. The Bears made some changes to the defense and Bostic said the new schemes feel more natural and are similar to what he did in high school and college. If he's in better position with the mental aspects, that should help him play fast and let him use his athleticism to make plays, either on the inside or at outsider 'backer.

Who: Coming out of Georgia, Washington was one of the most-explosive athletes at the 2013 Scouting Combine. The Bears grabbed him in the sixth round and he spent the majority of the season on the sidelines, playing just 10 snaps.

Where: Washington was a bit of a tweener coming out of college. He's settled at defensive end in Chicago and has a good chance to earn the No. 2 job on the left side between Lamarr Houston.

Why: The Bears have a lot of talent and money invested at defensive end with Jared Allen, Willie Young and Houston. Houston is a good all-around player, but not much of a pure pass rusher. That is where Washington can come in. He's an explosive athlete capable of being a terror off the edge. If he can hone that athleticism he could be a very useful piece as a situational pass rusher. 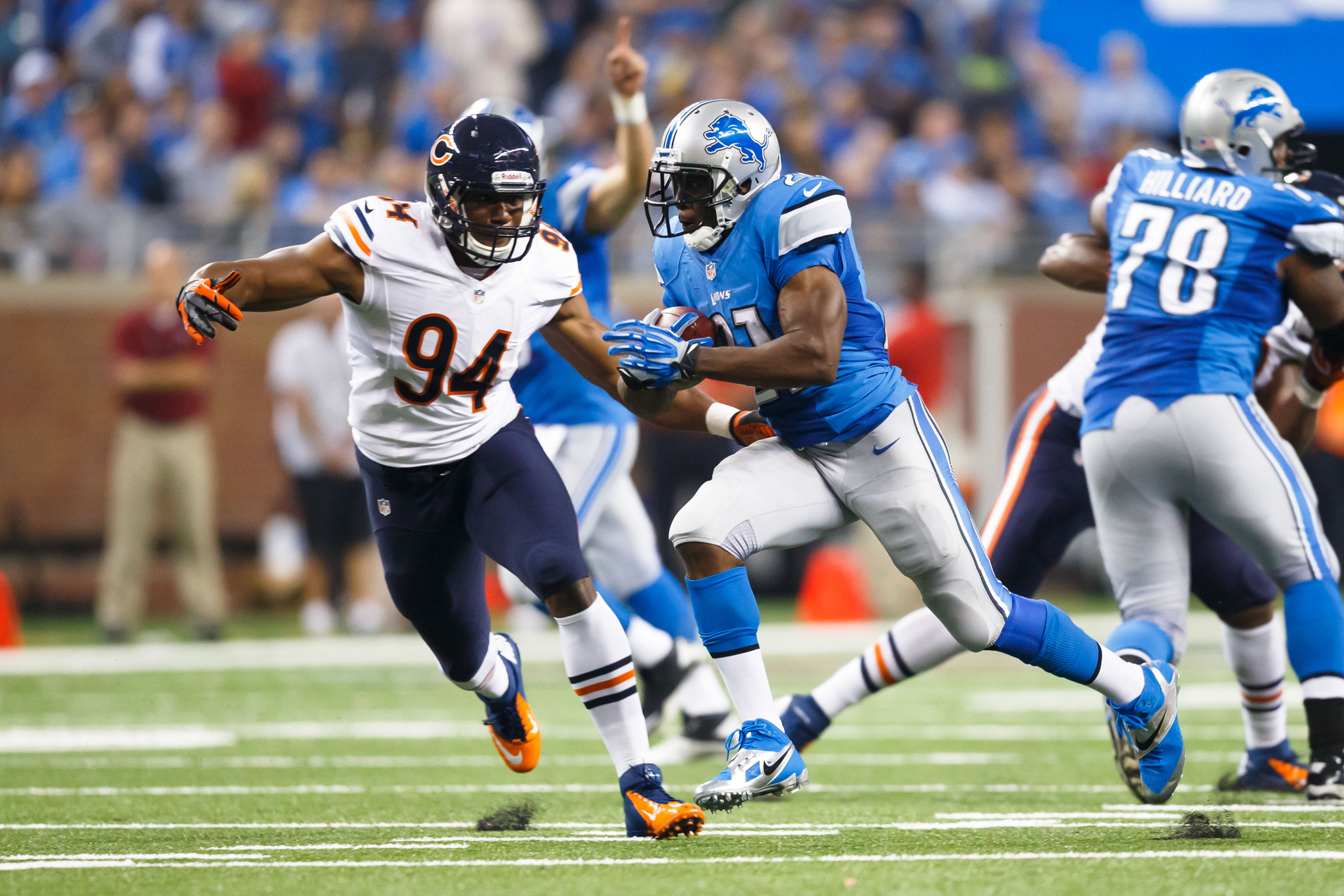 How: Playing just 10 snaps last year, Washington's rookie season almost served as a redshirt year. He was a bit raw coming out of college and refining his technique was the biggest priority last year. He has the size and athleticism to excel in the NFL, but needs to sharpen the edges. He showed flashes, even in just 10 steps, but remains a work in progress. If Washington got a solid year and offseason of development, he could push for playing time or at worst earn a spot in sub packages.