This is how you break an NFL record in style.

Devin Hester already had a forced fumble, fumble recovery and rushing touchdown against the Tampa Bay Buccaneers on Thursday night before he made history. Hester broke Deion Sanders' long-standing record for "most return touchdowns" in the second quarter with a 62-yard punt return that put the Atlanta Falcons up, 35-0, and worked the Georgia Dome into a frenzy.

It was the 20th return touchdown of Hester's career, breaking a mark that also included the interceptions Sanders returned to the end zone. The 32-year-old Hester broke down on the sidelines immediately following the score, but not before he high-stepped into the end zone and even earned a taunting penalty for good measure.

In only seven seasons, Hester has now unequivocally become the greatest return man in league history. Here's a look at his record-breaking touchdown in pictures. All images courtesy of Scott Cunningham of Getty Images.

2) Only the punter to beat 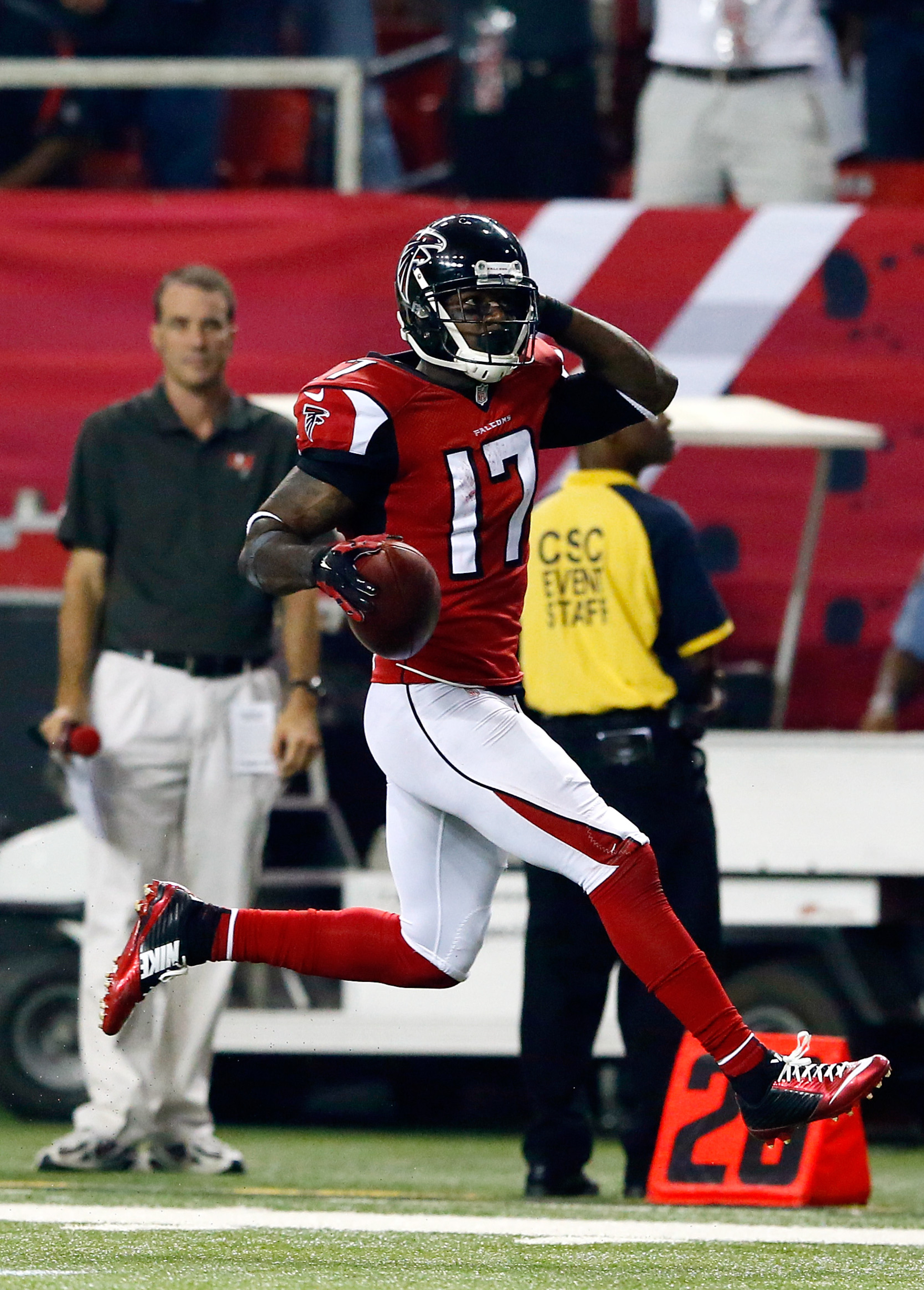 If a GIF is more your speed, we have you covered.