People vs. the NFL

After an offseason in which the NFL got almost everything wrong, a lifelong fan reflects on shame, love, fatherhood, and the future of the league.

The NFL has many entry points, and all of them produce the same pull as a whirlpool or a waterfall or a black hole: slow and gentle, then irreversible and hopeless.

My entry point was football cards, because the Seattle Seahawks weren’t often on TV on the military bases where I grew up, and the rote memorization of statistics felt like fandom in my spongy mind. I got to know Steve Largent and Curt Warner and Kenny Easley through the words and numbers on the backs of their cards, because the internet didn’t exist to render obsolete my tactile experiences with cardboard information slabs.

Your entry point may have been something else: an afternoon at Lambeau or RFK or Candlestick; John Madden’s voice (or his video game); fantasy football; a well-meaning parent who wanted to share his love and joy and misery with his offspring, damning you to the same addiction. In all likelihood, a combination of these factors hooked you. But the end result is the same: life in the NFL’s gravitational field, a darkening force with no established escape velocity.

I no longer measure my life in seasons, at least not the ones determined by solstices and equinoxes. My year is binary: there is only football, and not football. A light switch clicks on in September, and I am awake — alive! — until February: passionate, peripatetic, overworked, thrumming with purpose. The league produces a manic, consuming energy, such that the first Sunday without football feels like leaving a casino after a night of gambling and -- expecting a cool dark night outside -- stepping instead into harsh morning light.

That is how the NFL subsumes a calendar, tossing out established notions of "autumn" and "winter" for the preferred "football season." Changes in the weather are marked only by their effects on the gridiron: LeSean McCoy is running past defenders through a blizzard, thus I should shop for Christmas presents.

The offseason, then, is the quiet time. A time to recharge and reflect. A long hibernation stirred only by the bathroom break of the NFL Draft before the preseason, the NFL’s snooze button.

Except this offseason was a nightmare. Michael Sam declared for the draft, then came out as gay. It was a step forward in sports history, but it also put a spotlight on the uglier views within the NFL’s machine -- not just the lowest common denominators defending their perceived frontier of masculinity, but the deepest recesses of the apparatus itself: scouts and executives who spoke anonymously about the "distraction," and the media outlets that harbored that cowardice for pageviews.

Less than a week later, Ray Rice knocked his fiancee unconscious in a casino, then dragged her out of an elevator with less care than you’d give a sack of potatoes. Roger Goodell and the NFL reviewed the horrifying video, ignored legal and ethical guidelines in interviewing Janay Palmer about the assault, and -- after months of deliberation -- suspended Rice a paltry two games. A month later, Goodell upheld Josh Gordon’s year-long suspension for a positive marijuana test. Somewhere, on a private jet or in a leather chair or at a podium surrounded by handpicked bootlickers, Dan Snyder saved face with the worst of Washington fans by reiterating his stance on the team’s racist name.

The NFL seemed hellbent on going to shit, and the world followed suit. 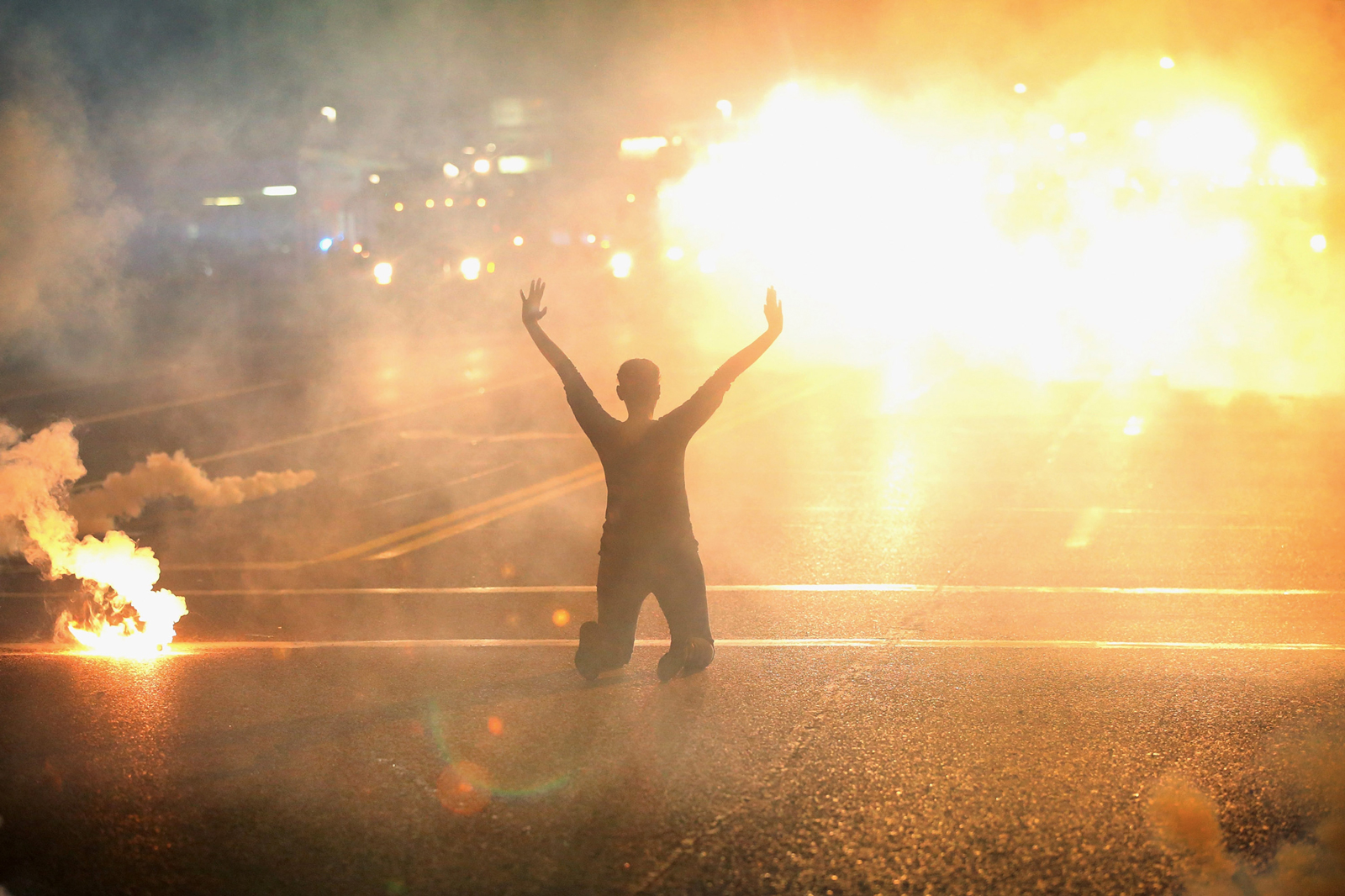 I can’t pinpoint when my creeping fear blossomed into helpless dread, but it began in March, when Malaysia Airlines Flight 370 disappeared. The frantic, fruitless, weeks-long search for the wreckage and 239 souls pointed mostly to Occam’s Razor: the plane was consumed by the blackest cold depths of the Indian Ocean, miles below the surface, never to be found, questions forever unanswered. It was around then that my wife told me she was pregnant.

Four months later, as the life inside Jenny first started hearing sounds outside the womb, another Malaysia Airlines flight fell to earth, twisted metal and 298 bodies scattered across the Ukrainian countryside because Vladimir Putin gave pro-Russian separatists the ability to send missiles the size of telephone poles through passenger planes. War settled permanently in my consciousness as the news arrived from Ukraine and Gaza and Iraq, where I had tried to help but failed. After Baghdad fell in 2003, I watched from the relative safety of my Abrams tank as looters put anything not nailed down — refrigerators, TVs, cases of booze and cigarettes — onto anything with wheels.

"Shouldn’t we do something?" I asked.

"That’s not our mission." And the C.O. was right; it wasn’t. We were tank operators; we could only watch or make it worse.

Police in Ferguson, Missouri took the opposite tack with looters in August, choosing tear gas and heavier armor than I wore when I walked along the Martyr’s Monument in Baghdad a decade earlier. The difference, of course, is that we were an invading military force, and Ferguson PD had shot and killed Michael Brown, an unarmed teenager, just as my future child was blinking his or her eyes and sensing light for the first time.

Or maybe it’s all the same. As the summer wore on, I despaired as I watched people -- which is to say humans, not companies masquerading as such -- get swallowed up by the great machines of human avarice. The Supreme Court ruled that corporations' religious beliefs trumped the health care of those corporations' female employees. Monied lobbies representing inherent dangers to humans provided a stronger political voice than those they endanger. Police forces lacked the training or the enemy to put their military gear to use, then used it anyway. The NYPD and ISIS both killed innocent men on camera.

None of these events were related, but they felt connected, like each piece of the world was pulling the next into the flames. The NFL's offseason subplots lacked the same scale, but they certainly fit the theme. 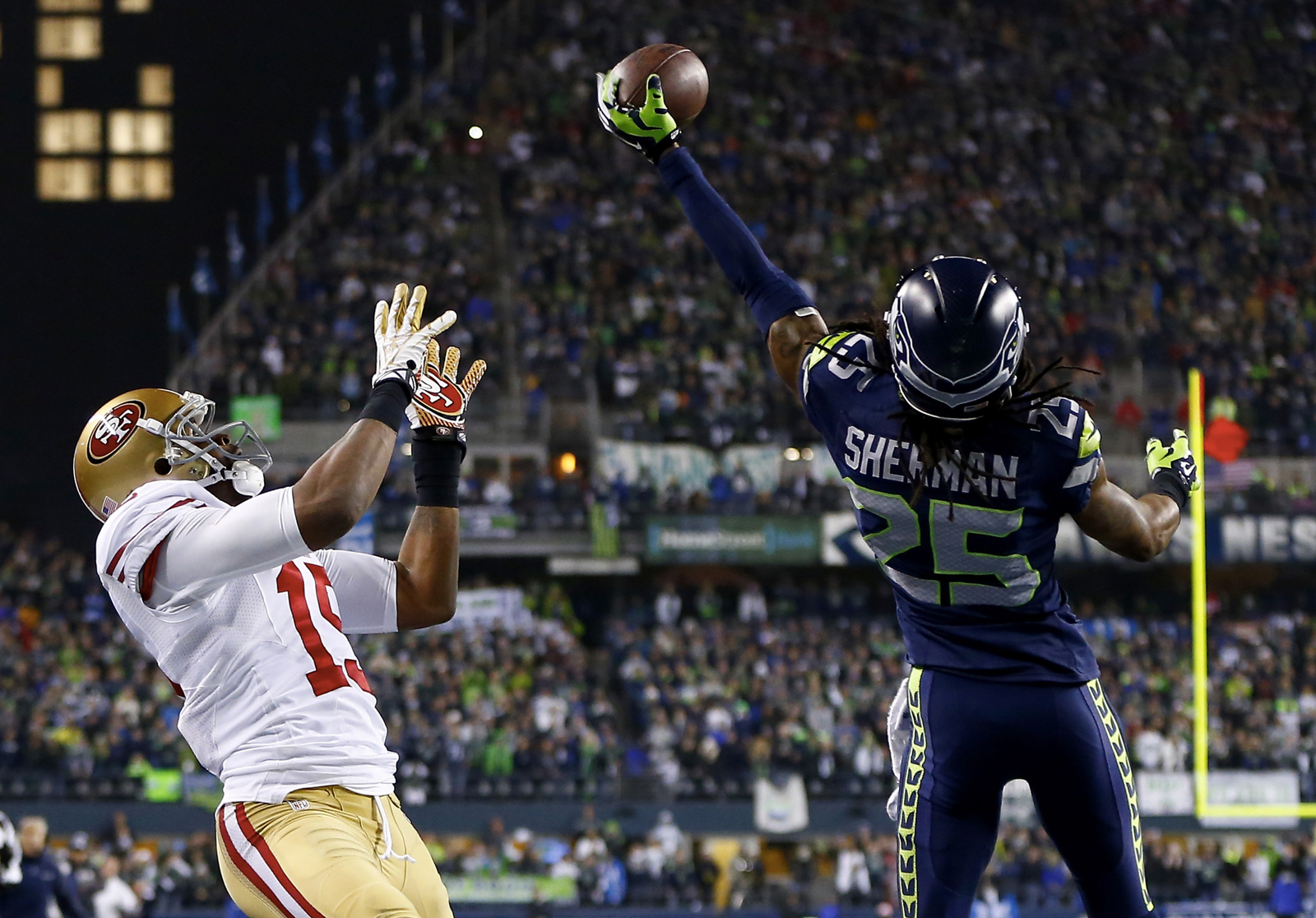 Did I mention that it's all worth it? That I waited 35 years to see a team from Seattle win a championship? That I loved every moment of watching the Seahawks kick the shit out of the Broncos? That two weeks before the Super Bowl, I fell to my knees and wept when Richard Sherman tipped Colin Kaepernick’s pass to Malcolm Smith? That the skill and preparation and tactics and sheer physical genius that comprise professional football create a dramatic and genuinely surprising narrative landscape unrivaled by any other league in any other sport?

This is why the NFL prints money: because the product on the field is balletic, brutish, and compelling. I can tolerate Goodell's tone-deaf failures at approximating a human reaction because Chip Kelly's ingenuity and success is a joy to watch (and suggests the league may embrace more innovative coaches). I can table my concern about head injuries and their long-term effects because I've seen Calvin Johnson take flight over three defenders to haul in a Matt Stafford prayer, and that is a sport too beautiful to write off forever.

The list of what I love about the NFL stretches to the horizon: Adrian Peterson entering the second level, Cam Newton tucking and running, Earl Thomas bolting in from off-screen to jar the ball loose, Gio Bernard switching fields, J.J. Watt disengaging from his blocker to knock down a pass, Eli Manning's face after an interception, Jim Harbaugh screaming like Colombian narcoterrorists just murdered his wife. Fantasy football, the RedZone channel, the annual excellence of Hard Knocks, the dissipation of awkwardness when you discover a new acquaintance likes football: my enjoyment of the NFL has never been richer, even as my distaste for its practices grows.

And yet despite the NFL's success, or perhaps because of it, Goodell & Co. are looking to change an essentially perfect sporting model (ignoring, of course, the horrifying concussion rate and despicable labor standards), watering down the product to wring more money out of it. An 18-game season. A seventh playoff team. A team in fucking London, as if time zones didn't exist and jet lag didn't negatively impact physical performance. Each of those proposed changes has been calculated to bring X more dollars to the league, where X equals obscenely more money than you'll make in a lifetime.

None of those changes were floated after speaking to fans, the people who love the sport in its present state. We're a given: not people, but revenue.

The NFL, which I love and endorse the way a man dying of lung cancer can want a Marlboro, is forever seeking new climes of naked rapaciousness, a multi-billion-dollar capitalist machine that will happily lock out its players or referees -- its employees, the people who make the product we love -- in order to rake in a larger piece of the pie for oligarchs too fat to ever eat it. 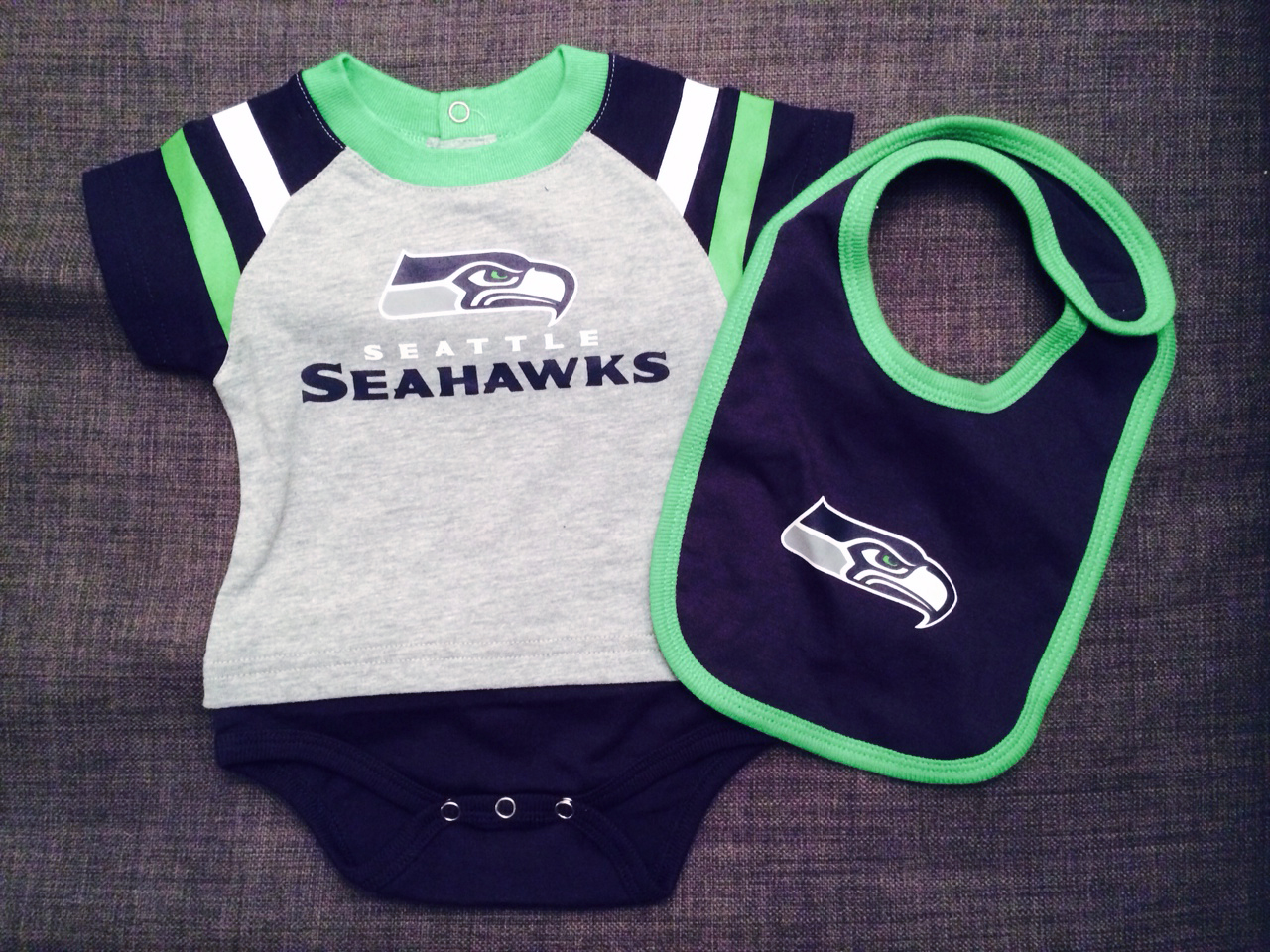 When the NFL season officially begins with Packers-Seahawks on Thursday night, I won't be watching. Not at first, anyway: when the game kicks off, I'll be in the final hour of a birthing class with my wife. She's 31 weeks pregnant now, and our baby has hair and fingernails, signs that I should probably prepare for his or her arrival on or about November 5th (between Weeks 9 and 10 -- the Seahawks are at home against the Raiders and Giants).

My fears about the world are tied to fatherhood, I know. But they're not unfounded, either. People are losing out to corporations and governments, and (though it may seem trite to compare) they're losing out to the NFL, too -- from irreparably broken players to disenfranchised fans.

And I don't know if I want this for my child. I want to share my lifelong love with her (or him, but let's pick a sex and go with it for now), but I don't want to damn her to the same emotional investment, yelling at the TV every Sunday until stress-drinking gives way to jubilation or a week of bitterness. I don't want her sucked into this gravity field, supporting a league that cripples its employees and arrives late to social change. I don't want her marginalized to the NFL's sidelines, be it as a reporter with a glass ceiling or a virtually unpaid cheerleader adhering to insane and outdated workplace standards.

I want to raise a human who finds kinship in humans, who sides with individuals against faceless entities; someone who revels in what the novelist David Mitchell called "the human mud, the glue between us and them, the universal periodic table of the human condition." And also maybe the Seahawks.

But in the end, it's not a question of whether she'll love the NFL. It's whether the NFL is something worth loving. 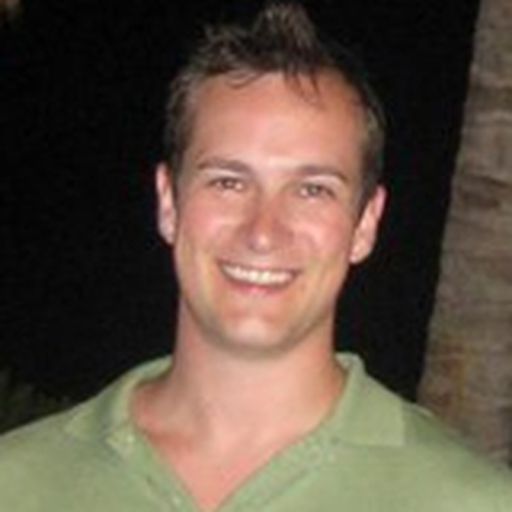 Matt Ufford is a featured contributor to SBNation.com. His main passions are the NFL, the U.S. men's soccer team, and pictures of fluffy dogs. He is a veteran of several successful blogs and the Iraq War.