The NFL quarterbacks who create something out of nothing

This year's NFL postseason field is headlined by a new generation of mobile, savvy quarterbacks who create big plays from outside the pocket. SB Nation goes deep for a closer look at how they do it, and how defenses can try to stop them.

Share All sharing options for: The NFL quarterbacks who create something out of nothing

NFL playoff quarterbacks will experience several critical moments where the passing plays called are duds. The pass rush has won. The protection wall is crumbling. It is time for the quarterback to move. Buy time. Extend the play.

Some quarterbacks may step left or right. Some may sprint left or right. Others may spin and roll. Each quarterback in this sequence is seeking to extend the play, feet moving, head up. Each is creating a new passing play.

Sometimes a third or fourth or even fifth play, all in the same play, is created by extending the original.

This tactic can produce rich passing gains that often exhaust and deflate defenses. They can also kill defenses and win games.

Extending passing plays has been a signature trend of the NFL's 2014 season. It will color the playoffs.

It has always been a part of the game, the art of quarterbacks mobile and savvy enough to give themselves time to find piercing passing success. Fran Tarekenton in the early 1970's during his Minnesota Vikings days used to dominate with this approach. Roger Staubach mastered it during the same era as a Dallas Cowboys' high-wire act full of flair.

Quarterbacks including Dallas' Tony Romo, the Pittsburgh Steelers' Ben Roethlisberger and the Indianapolis Colts' Andrew Luck -- who all appear in this weekend's NFL playoff action -- have shown a knack for extending plays. Now, they seek to do it for a higher reward: To win and advance toward Super Bowl XLIX.

"These guys are not extending plays to just run around," Super Bowl XXII MVP quarterback Doug Williams said. "They are doing it for someone in the passing game to come open. The receivers have to know the quarterback. He's outside the pocket and out there not to run but throw. And the best ones, they have what I call ‘pocket etiquette.' Presence. Feel. Instincts. Some things are taught. Some things are caught. There are some things you can't coach. Instincts for a quarterback to know where to step, where to slide, how to extend the play best, is one of them."

New England Patriots' coach Bill Belichick said he always game plans with special care for quarterbacks who have those kinds of instincts.

"There are guys that can do it and some guys who can't," Belichick said. "I am always concerned about the threat when they get out there and they do run. That's like having a sixth receiver, another guy you have to cover. There are a lot of games won and lost out there with this type of play in the passing game. It's become an important part of the game."

Russell Wilson, the Seattle Seahawks' elusive quarterback, is among the best at making something out of nothing.

Romo explained: "You don't know what you are going to do before it happens. It just happens. And you try to make the best of it and take advantage of a defense that is now in a little helter-skelter mode."

Patriots quarterback Tom Brady admires the new array of NFL quarterbacks who can not only orchestrate read-option offenses, but can also extend plays from the pocket. Brady has his own methods for pulling it off.

Who does it best? 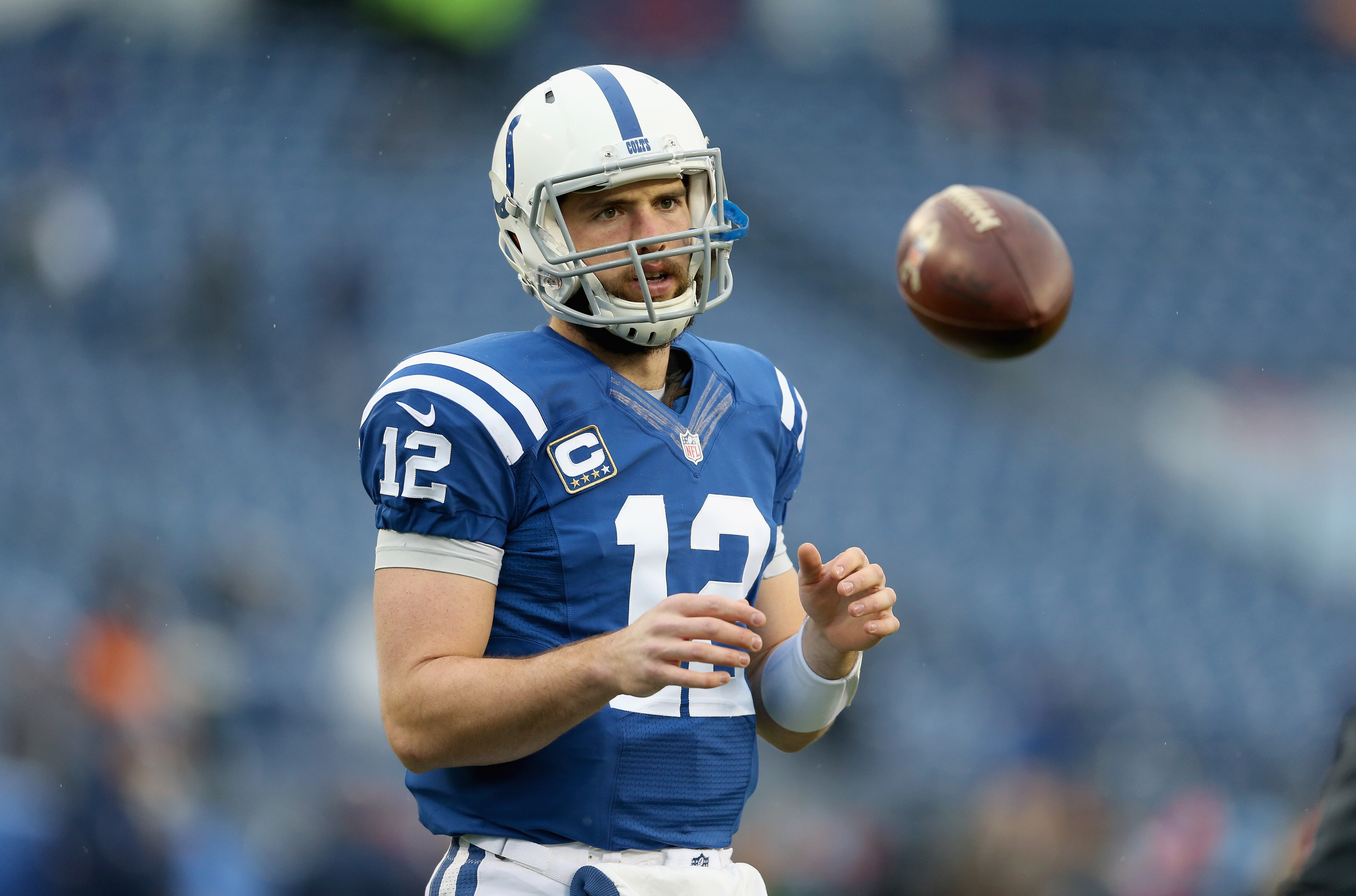 "It's become the best method to find a way for guys to become uncovered," Brady said. "The more you do that you put pressure on the defense. A lot of times it can turn a negative play into something good. I work at it. But a lot of guys are better at it than me."

Williams said that may be true of Brady and of Denver Broncos quarterback Peyton Manning, but --

"That's because they don't' have to extend a lot of plays," Williams said. "They do more up and back and over and slide stuff to extend and are good at it. But because they are so accurate, they don't need the extra time to extend plays. They are both so precise. But when they need to, they can extend in ways to hurt you.

"When the quarterback extends, the receiver has a reaction he is supposed to comply with. It's not sandlot. This is coached in meeting rooms. There are drills for this. For example, if one receiver goes long, another is supposed to run to the spot where that receiver just left. Another guy may be told to just keep coming back to the quarterback and let him find you. There is a method to the madness."

It is ordered chaos.

"It's a crucial part of the game," Seahawks receiver Jermaine Kearse said. "Sometimes things don't work the way you want them to. You have to make them work by extending the play. Russell gives us a certain direction in this. We have rules on what we are supposed to do depending on where he extends and to what part of the field he extends. There is organization in the chaos."

Washington coach Jay Gruden said these plays just "help your football team." He said it is "often not a premeditated thought but a creative one; it can be significant in the outcome. I am particularly beginning to see a lot of young quarterbacks who can do it."

"Well," said Jets safety Dawan Landry, "when the quarterbacks do this they make everyone on the field move. That extra time causes a lot of extra decision-making everywhere else. I think Roethlisberger and Aaron Rodgers are the best at it. And they've got weapons like Antonio Brown and Jordy Nelson and Randall Cobb that are dynamic players freelancing on the other end of it. We practice for it. It is hard to duplicate. The receiver has the advantage because he knows where he wants to go. You've got all kinds of quarterbacks in the playoffs who do it from a little to a lot."

Patriots cornerback Brandon Browner says the answer is to get physical.

"It makes you keep your eye on your man even longer," Browner said. "I tell our guys that as long as the quarterback is running around he is more a runner than a passer and it's a chance to knock the receiver around. I tell our guys that all of the time. It's a fine line between doing that safely and getting pass interference, but there is opportunity to do that. You have to take it."

A step left. A sprint right. A spin. A roll.

"You have certain quarterbacks who can see it, who understand it," Washington receiver DeSean Jackson said. "The play breaks down and they have the ability to create a new one. As an offense, you always have to look for that. I'll be keeping my eyes on the playoffs for it. Somewhere in there, it will be decisive."