There are points throughout the NHL season and offseason where fans sit back and gauge where their team is. The NHL All-Star Weekend and break is one of those. But there are others, and here's a list of them.

Over the course of the season, there are milestones that sort of mark time during a hockey season. We're coming up on one now, and that's the NHL All-Star Game. It's at these times that fans -- and probably also the teams and players -- pause for a moment to gauge where they're at during the course of a season. Throughout the course of the year, the NHL season and offseason have these milestones within it where we judge the fitness of our teams and how the season's going and/or how the team is shaping up.

I don't know about you, but I've always considered the true start of the NHL year to be July 1, which is the start of free agency. Before that, there's the Entry Draft, which I suppose could be considered the true beginning of the year, but it's just so close to the Awards Show that there's just not enough separation for me. 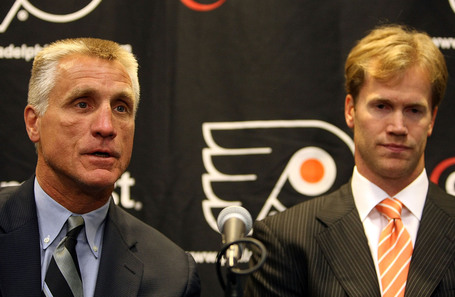 July 1st; also known has Hockey Christmas. Although, if you think about it, it's more like Hockey Hanukkah. All of the really interesting signings happen in about the first a week or so before it peters out. I think Hockey Christmas is more the trade deadline.

Regardless, this is the point in the year where people are starting to think about what the new season will be like. The glow of the Stanley Cup Finals has faded, the NHL awards have been argued about to death, and the Entry Draft has been and gone. The old season is gone, and everyone's waiting for the new one to start.

Mid-July. Ah, yes. The schedule. Is there anything more longed for, more coveted, by the hockey fan? Other than the Stanley Cup, of course. How can you plan your life for the next season without it? And the realization has hit that there are no more live hockey games going on.... NEED. THE. SCHEDULE. NOW. 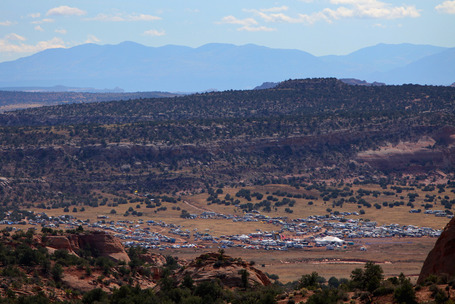 August; also known as the dog days of summer, and hockey hell. At this point, we're all trying not to strangle ourselves -- or each other.

Who cares that your team just won the Stanley Cup? Why are you still talking about the Olympics? Seriously. That was years ago -- let it go. I can only watch last season's games so many times before I crack. When does the season start again? *looks at calendar, then schedule, then back to calendar*

Why isn't it October yet?!

Mid-September; also known as the light at the end of the tunnel. Although, for me, hockey is hockey. Why mourn over it not being October yet? Training camps are hockey, too! But for most, this is just the appetizer before the real thing begins. Let the incoherent drooling begin! 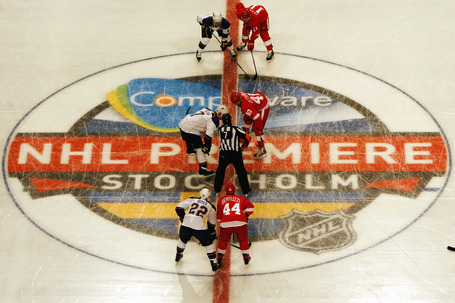 Usually mid-November. The shine of the new season has started to come off, and reality has started to set in. Your team will not win the Stanley Cup. They may not even make it to the playoffs. Has Central Scouting started their rankings yet? And who is this guy coaching, anyways? Is it too late to start rebuilding in time for a playoff run? 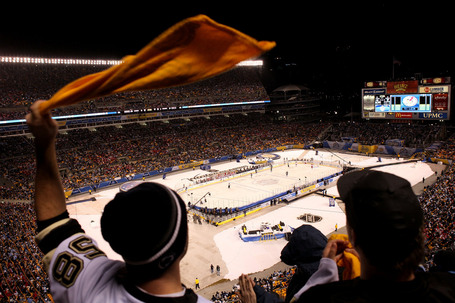 January 1. THE premier NHL hockey game of the season. Or something. Hasn't this thing been played already? I'm so tired of hearing about this game and these teams.

But, heck yeah, I'm watching it. I don't care that I hate both teams. Outdoor hockey!

MIDWAY POINT OF THE SEASON

Mid-January. Now everyone's getting serious about who's in playoffs, who's not, and who the potential draft picks are. Gone is the giddiness, gone is the despair. We've reached total reality -- this is just how it is.

Fans become coldly and ruthlessly calculating as to what their team needs to do to win or keep winning. Also, NHL All-Star rosters are announced around this time, so that distracts everyone with that whole "how can he be/not be on the roster?!" discussion. 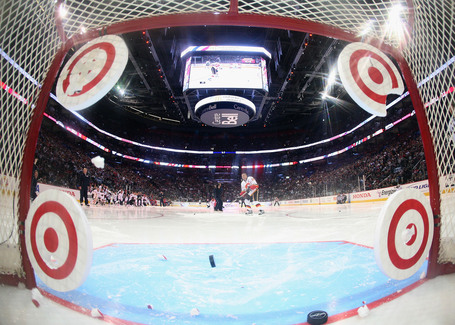 I don't know... that's pretty boring most of the time. And it's not like they play real hockey, anyway. Besides, whats-his-face from my team wasn't even picked, so this is obviously just a joke. [

*turns on the game anyway because it's hockey*

End of February/beginning of March. The real hockey Christmas! It's the time to get rid of the guys who haven't done anything all season for the guys that will take this team to the Stanley Cup! All we need are the final pieces! And then we'll win, win, win!

Or.... I hope we can get a good draft pick for this guy who hasn't done anything all season. I hate so-called rebuilding years. When's the draft again? 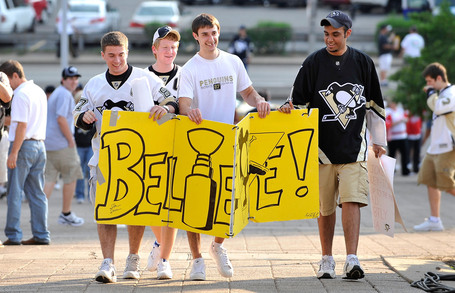 Mid-April. The haves and the have nots have been determined. Everyone knows who they're playing and lamenting their position. Top seeds are hoping that they don't stumble over the San Jose Sharks' curse and fall out in the first round to the lowly 8th seed.

Those on the outside looking in try to decide who they hate more and root against them -- as well as looking up when the draft lottery is. The league's fans divvy themselves up into which camps they're going to root for and wait for the fun to begin.

But then comes the end of the first round, and, well... that sucked. The refs sucked, the other team cheated, and I can't believe whats-his-face is injured! Ugh.

Or.... hockey is dead to me. I can't believe my team fell out -- and in the first round! I guess we'll find out who was injured and who wasn't. Guess the season's over. 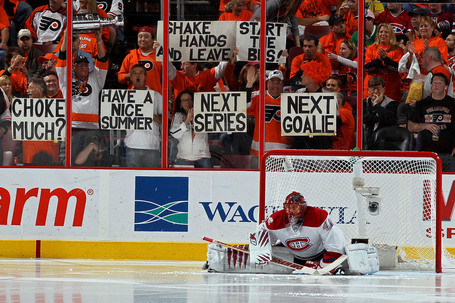 This repeats three times, until....

Early June. This is it! It's the FINALS!

And the Stanley Cup winning team is...? All pandemonium breaks loose. One group of fans goes nuts, while everyone else is either mildly please by who won or despises that team with every bone in their body and spits whenever that team's name is mentioned. The season is blissfully and bitterly over. 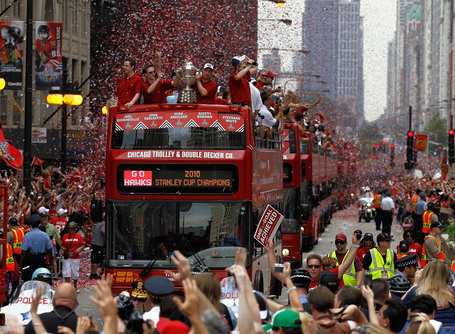 Late June. Why do they have these things again? And who makes them all so cheesy? Why is he with her... that's an ugly outfit... and why did they have that person presenting? They're not hockey fans, are they? And what's up with the musical choices here, while we're at it? Why am I watching this? 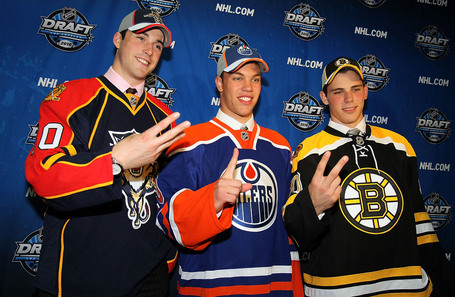 Last weekend in June. Woo! Draft! I hope they draft us some good guys! Trades, etc!

But why did they pick what-his-face from, uh, where? Is that even a real place?

Whatever. I just hope the kid's good and can help the team next season!