The New York Islanders unveiled their new uniforms on Wednesday night, and they made some claim that the players were all smiles wearing the new threads. Uhhhhhhhhhhh that's not what the picture says. 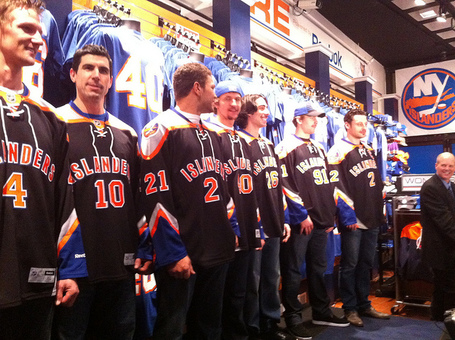 John Tavares in particular looks like he'd much rather be doing anything else than standing there in that monstrosity of a uniform. Including eating 30 crunchy, golden Gorton's Fish Sticks.

God, these are awful. What do you think?