Eight of the top five picks from the 2010 and 2011 NHL drafts, plus both 8th overall picks, are already in the NHL. Should they be? We look at how their NHL teams handled that decision, and how it's looking so far.

A common argument among hockey fans centers around whether each season's top 18-and-19-year old prospects should stick with their NHL teams or be sent back to their junior or European clubs. The point of sending them back is to further their development -- and to keep the "clocks" from starting on their NHL contracts.

Though there is always concern about "rushing" a teenage player to a man's league, this argument stems from part of the NHL's Collective Bargaining Agreement, which allows the three-year entry level contracts for these players to "slide" forward a year or two if they do not play 10 NHL games in either season. That means their contracts kick in later, for a theoretically better developed player, and it also means their team keeps their rights for further into their prime before they reach free agency, when the price of keeping their talent goes up.

It's a great hockey debate and it's sound reasoning to have these players earn their money as 21-year-old budding stars rather than as green 18-year-old rookies, but sometimes teams can't help themselves. And sometimes the player himself makes it hard to send him back. (Just one more wrinkle dictates that players in this age bracket from the Canadian junior circuit cannot be sent to the AHL, which is probably the better destination for a player who already dominates junior competition but can't yet dominate in the NHL.)

A quarter of the way into the NHL season, who are the prime prospects in this situation from the past two years, and how are they doing? Let's take a look at the top five picks from 2010 and 2011, plus two other picks who represent the pros and cons of this situation: 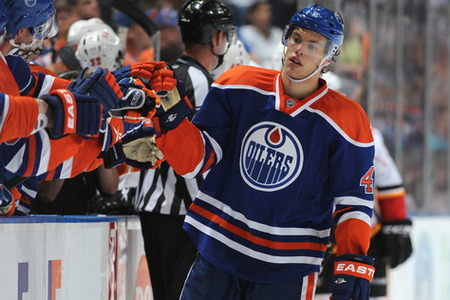 Taylor Hall, Edmonton Oilers: There was a compelling fiscal argument to return Hall during what was a lost 2010-11 season for the Oilers -- one that ended in injury for Hall after an ill-advised fight -- but Hall has produced at a fantastic clip. In 87 NHL games, the 1st overall pick has already compiled 60 points (29 goals, 31 assists). Keeping Hall in juniors at least one year would've been fiscally prudent, but he's produced so much it's a cosmetically tough case to make. Hall's now out for 2-4 weeks with a shoulder injury.

Of course, Hall and his fellow Oilers kids have produced this year while being sheltered and positioned to do so by coach Tom Renney -- ironically, Hall wasn't protected nearly as much by the same coach last season -- which brings up one of the ironies of these situations: Since these young players usually are not ready for tough defensive NHL assignments, their coaches shelter them. Since their coaches shelter them, they end up scoring more than they otherwise would. Which means come contract time ... well, you know: More points, more salary demands, earlier than necessary.

Tyler Seguin, Boston Bruins: The eventual Stanley Cup champion Bruins handled Seguin gingerly his rookie year, scratching him for several games and sheltering him like many teams do with their new picks. He ended up having a few highlight games on their run to the Cup, and this year he has already eclipsed last season's 22 points by putting up 23 points (12 goals, 11 assists) in his first 22 games. Although he was rarely essential last year, it's hard to argue with a Stanley Cup, and it's very hard to argue he doesn't belong in the NHL this year.

Erik Gudbranson, Florida Panthers: An inability to reach a contract agreement ostensibly kept Gudbranson from sticking with the Panthers last season, but you wonder if that was ever in the cards. This season the 6'4" defenseman has played 17 games without a point, a minus-6 and one big night of penalties. The Panthers are using him carefully, playing just over 10 minutes per game, but you wonder if even this year is too soon. 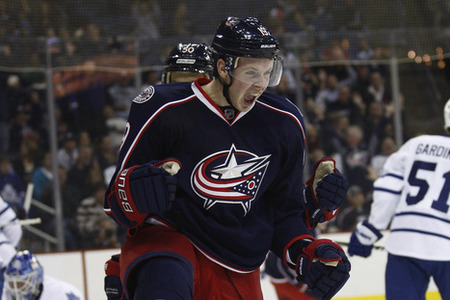 Ryan Johansen, Columbus Blue Jackets: Columbus returned Johansen to the Portland Winter Hawks in 2010-11, where he put up 1.5 points a game and made Canada's World Junior Championship team. After that dominant year the Blue Jackets found him ready, and he's scored 10 points (five goals, five assists) in 19 games this year for a struggling Blue Jackets squad. It's looking like a miserable season in Columbus, but Johansen is one of those players who probably had done enough in juniors to justify the beginning of his NHL apprenticeship. It was either that, or tell him, "Now go back and put up two points a game."

Nino Niederreiter, New York Islanders: Johansen's junior teammate, Niederreiter got the nine-game audition for the Islanders in 2010-11 before being returned to Portland. This year a training camp groin injury delayed the start of his season. After an AHL conditioning stint to recover from that injury -- the only situation in which a player in his situation can go to the AHL -- he's played three games for the Islanders before being scratched for four games in a row.

The Islanders say he'll get back in the lineup "soon enough," but it's a situation that has Islanders Country turning in circles to guess Niederreiter's fate. If he's not ready for regular NHL duty, it would make sense to return him. The early injury muddies that evaluation. Ironically, with the recent waiving of fellow wing Blake Comeau, Niederreiter's contract appears to be necessary to keep the Islanders above the cap floor.

Also notable from 2010: Jeff Skinner, the eighth seventh overall pick by the Carolina Hurricanes, shocked everyone but Pierre McGuire by making the team out of camp and never looking back. After a Calder Trophy rookie of the year performance last season, he's on pace to match and possibly even exceed the 31 goals and 63 points of his rookie year.

Ryan Nugent-Hopkins, Oilers: The Oilers hit the tanking jackpot again with a second consecutive first overall pick. Given his smaller frame and tougher position, many over the summer figured Nugent-Hopkins was more likely to stay in juniors than his predecessor, Hall. Instead, Nugent-Hopkins has had several big nights -- including a five-assist night against the Chicago Blackhawks Nov. 19 -- on his way to compiling 25 points (10 goals, 15 assists) in his first 24 NHL games. 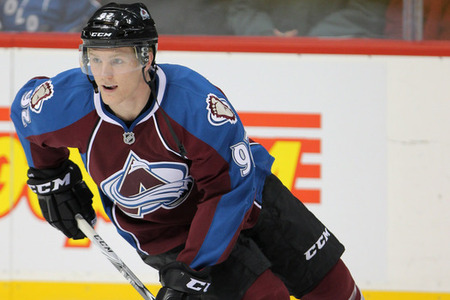 Gabriel Landeskog, Colorado Avalanche: Landeskog was viewed as the "most NHL ready" body going into the 2011 draft, and his immediate start to this season did not change many minds on that front. It seems there was never a chance he'd be returned to the Kitchener Rangers of the OHL, and he started strong in compiling 10 points (five goals, five assists) in 24 games. Landeskog has recently gone eight games without a goal for the slumping Avs though, so chances are like many of these players his rookie year will be spent on a struggling team.

Jonathan Huberdeau, Panthers: Just like last year's No. 3 pick Gudbrnason, Huberdeau returned to juniors before the Panthers' season began. The 105-point man picked up right where he left off for the Saint John Sea Dogs of the QMJHL, racking up 28 points (10 goals, 18 assists) in 13 games before having his season stalled by injury. After adding several veterans to lucrative contracts over the summer, the Panthers sound determined to let their top prospects develop slowly.

Adam Larsson, New Jersey Devils: As a veteran of the Swedish Elite League, Larsson had that classic Draft Day attribute: "Already plays with men." That experience, a very reasonable contract, and a thin Devils blueline made it more likely Larsson would stick around. But it hasn't been all smooth sailing. Though Larsson has displayed the physical attributes that made him so enticing on draft day -- and he has assists in his last five games -- he's still made rookie mistakes. Two nearly backbreaking turnovers in a Nov. 25 meeting with the Islanders had coach Peter DeBoer nailing him to the bench for most of the third period.

Ryan Strome, New York Islanders: The Islanders were even more conservative with Strome than they were with his fifth overall predecessor, Niederreiter. Though Strome technically made the season-opening roster, he was basically kept around for the first week of the season to soak up the atmosphere before being returned to the OHL's Niagara IceDogs. He's put up a point in nearly every game, collecting 25 (14 goals, 11 assists) in just 19 games for Niagara so far.

Also notable from 2011: Sean Couturier was seen by many as a top-three prospect, so it was a surprise to many to see him fall to eighth overall, where the Philadelphia Flyers gladly scooped him up with Columbus' pick. In another surprise, the Flyers kept him to start the season. He's currently used as a penalty killer -- averaging a whopping 3:24 of shorthanded ice time per game -- and has also put up eight points (five goals, three assists) in 23 games. He also ranks tenth in average total ice time among regular Flyers forwards, which raises the question of whether using him in this role is worth burning the first year of his contract now.

As guys selected later in the top 10 of their respective drafts Couturier and Skinner perfectly capture both sides of this debate. Skinner was at least used in a featured role for a team that needed him, and he's produced accordingly. While it's debatable whether the Hurricanes' 2010-11 -- to say nothing of their rough 2011-12 -- is worth that, he at least delivered what the Hurricanes could not find elsewhere.

Couturier, however, becomes not just a future contract or price concern for the Flyers. He's also a current salary cap obstacle for the ceiling-pushing Flyers. He's making more money performing a role that the Flyers probably could have filled more cheaply.

And that's what these decisions often come down to: How badly a team needs a player now, how ready he is to fill that need now, and how much it costs -- both today, and down the road.