Chris Mason's Goalie Pads Are Perhaps The Coolest Things Ever

Share All sharing options for: Chris Mason's Goalie Pads Are Perhaps The Coolest Things Ever

Chris Mason isn't even the starting goaltender for the Winnipeg Jets, but in SB Nation's Official Goalie Pad Power Rankings, he's officially jumped to the top of the heap. Mason will wear these unbelievable why-hasn't-every-goalie-done-something-like-this-already pads featuring a huge Jets logo.

They are amazing in every sense of the word.

Via In Goal Magazine, behold: 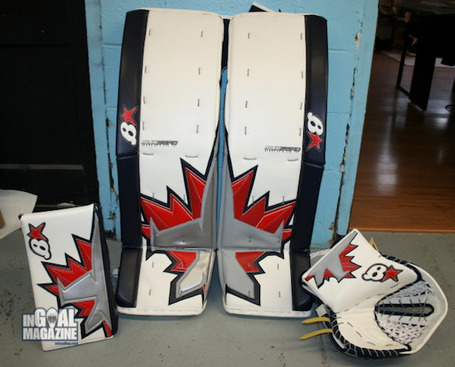 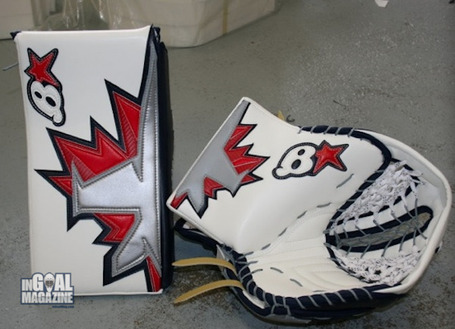 Seriously, it's a little strange as to why Mason seems to be one of the first guys to do something like this, at least not at the NHL level. We've seen some cool pad designs in the past, but nothing has ever been as original as this. Mostly, pad designs are just different takes on the same stock designs that come from the manufacturer.

Not these. Mason is decidedly original with these, and it's actually a shame he's only a backup goalie, because most of the time these will be buried behind the boards while he sits on the bench. In fact, considering the Jets probably aren't going anywhere but the hangar this season, let's just make it a rule that Mason has to start every game from here on out. And if he gets injured, the replacement has to wear these pads.  Perfect.