The Winter Classic is the perfect opportunity for players to spoil themselves with new gear, and honestly, we'd all be a little disappointed if the game didn't mean new-look goalie equipment for Ilya Bryzgalov of the Philadelphia Flyers and Henrik Lundqvist of the New York Rangers.

Luckily, we won't have to deal with that disappointment. On his Twitter feed Monday, Lundqvist unveiled his mask for the January 2 outdoor game at Citizens Bank Park in Philadelphia. He's uh, going for the classic look. 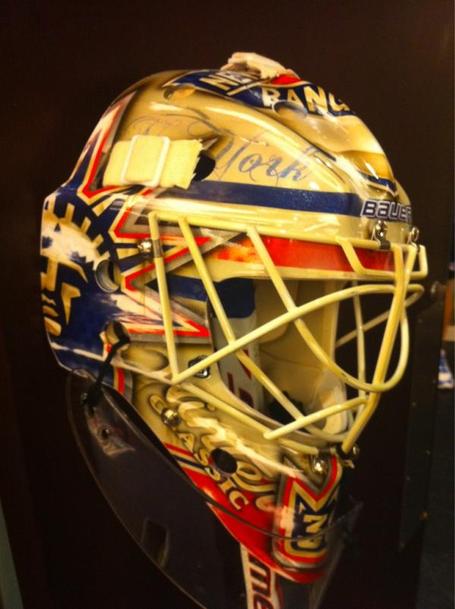 Ilya Bryzgalov's mask, although not 100 percent complete, was unveiled in a video on the Flyers website. It features a number of different Philadelphia sports legends, including Reggie White, Julius Erving, Mike Schmidt and Joe Frazier.

Bryzgalov only has one mask, and he'll auction it off for charity following the game. Lundqvist has two masks and will keep one for himself, auctioning off the other for charity.