The NHL trade deadline may have been a bit of a snoozer, but the weeks leading up to it provided plenty of action. Now that the rosters are set, which teams fulfilled their most critical needs? A look at how the NHL trade period since January has shifted the balance of power.

Monday's NHL trade deadline was one of the biggest snoozers since the day went from a logistical day on the calendar to a made-for-TV event. So if you took the day off work to stay hooked on Twitter and the NHL Network, well, hopefully you at least had some good snacks.

The reason for all of this isn't parity or cap constraints or anything like that. Instead, it's the simple fact that most teams tried to address their needs well before the deadline. Rather than looking at the trade deadline as the "winners & losers" derby, let's look back at the last six weeks or so.

With a big-picture perspective, let's break down playoff teams into groups.

Needed: Stability on the blue line to fill out minutes vacated by the now-retired Rob Blake.

Got: Ian White, a two-way defenseman capable of playing both special teams while eating up a good 20 minutes a night.

Needed: A left wing to round out the top-six forward group.

Got: Dustin Penner, a power forward who's made a living standing in front of the crease and creating havoc. 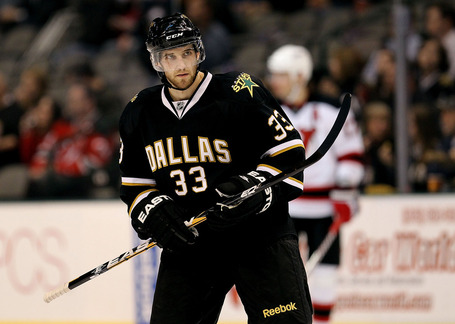 Needed: An offensive defenseman to round out the blueline.

Got: Alex Goligoski, an offensive blueliner made expendable for the right price thanks to the Kris Letang's maturation in Pittsburgh.

Got: Chris Campoli, a two-way defenseman with a physical side.

Got: Francois Beauchemin found his way back to the place he won the Stanley Cup; Beauchemin fills in much-needed blueline minutes. With all of the mystery surrounding Jonas Hiller's dizziness/fatigue condition, Dan Ellis was brought in to stabilize the crease.

Needed: Goal-scoring and a puck-moving defenseman to work with Anton Strahlman.

Got: 20-goal scorer Scottie Upshall and the underrated Sami Lepisto -- a smooth defenseman capable of a good first pass, though he's not exactly the grittiest of players.

Needed: A top-six forward that fits into the Nashville Predators mold.

Got: Mike Fisher, a player capable of 25 goals while killing penalties and winning the puck on the boards. And those extra tickets sold couldn't hurt.

Got: Dwayne Roloson off the waiver wire. Roloson has been stellar since coming to Tampa Bay, and the only real concern right now is whether or not he will burn out before the playoffs start. 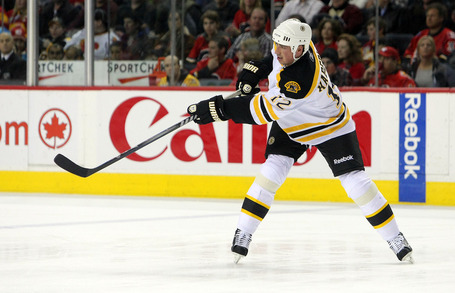 Needed: A boost to a middle-of-the-road power play.

Needed: Skilled forwards to try and replace some of the production lost due to injuries up and down the roster.

Got: Alexei Kovalev returns, while budding power forward James Neal may find a home today and next season in Pittsburgh. Neal's probably the player most anxious for Sidney Crosby's return.

Got: On paper, Jason Arnott and Marco Sturm should add tremendous forward depth with goal-scoring ability to the Caps lineup. Same thing with two-way defenseman Dennis Wideman. Will that translate to goals? We'll see if major roster moves like these help or hurt the Caps' chemistry.

Needed: Someone to help out an ugly power play.

Got: While the Rangers couldn't bribe the Dallas Stars enough to let go of Brad Richards, they did get a true power play quarterback in Bryan McCabe.

Had Little To Do

The Vancouver Canucks and Detroit Red Wings are, on paper, solid from top to bottom. Vancouver made depth moves while the Wings essentially stood pat as they await the return of their injured players. I don't think either team's fans are up in arms about the movement (or lack thereof) with each of these Western Conference powerhouses. 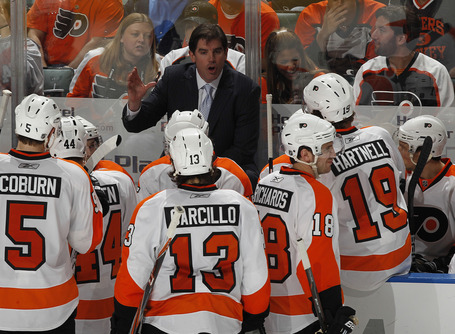 Out east, the Philadelphia Flyers have been rolling, and there's an argument that the Flyers could have made a move to get some help in net, but it looks like GM Paul Holmgren is content with what he has. Considering Philadelphia's impressive goals-against and massive defense, he could be right.

There were certainly moves over the past few weeks, but for teams like the Calgary Flames and Carolina Hurricanes, movement was fairly lateral. Some teams, like the Phoenix Coyotes and Buffalo Sabres, nabbed players who have a bigger name value than what they've actually contributed this season (Rostislav Klesla and Brad Boyes, respectively).

Moves like these certainly help, but they don't address an outstanding problem like the teams listed above. Of course, many NHL trades wind up being duds, so some of these teams did the right thing by rolling the dice on their current squad.

What does this all mean? About 20 or so teams are in contention for Stanley Cup playoff spots, and at least half of them fulfilled specific needs to varying degrees. That means that already tight races should get even tighter; with a little more than a month left in the NHL season, we should have intense, competitive games every night.