Atlanta Thrashers Relocation To Winnipeg No Big Deal For ESPN, Others

Share All sharing options for: Atlanta Thrashers Relocation To Winnipeg No Big Deal For ESPN, Others

Atlanta, Ga. is the eighth-largest television market in the United States. They are losing a major sports franchise on this Tuesday, as the Atlanta Thrashers are sold to a Winnipeg group and moved north of the border.

This is major, major news in the sporting world. It's not everyday that sports teams relocate, especially ones in major American cities. The last one came in 2008 when the Seattle Sonics moved to Oklahoma City, and we can all respectfully agree that (despite it's fair-weatherness)  Atlanta's a bigger, more important city than OKC.

If you were watching ESPN or browsing some major sports websites Tuesday, you'd have no idea a deal was about to be completed and Atlanta was about to lose it's hockey team.

Let's play "Find the Thrashers news." Click to enlarge all the images below. All of them are as of 11:20 a.m ET, just 40 minutes before the press conference in Winnipeg. 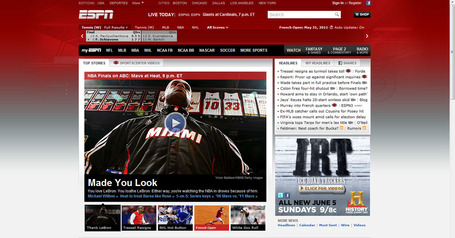 Nothing. Not a word. Here's CBSSports.com: 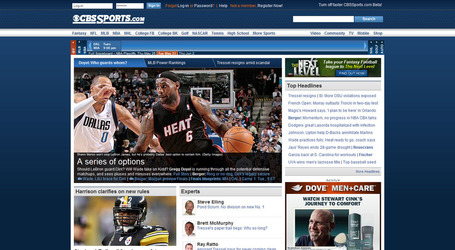 Not a word. You'd have no idea anything was happening. And here's SI.com: 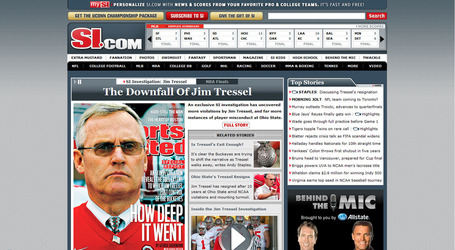 Not only is there no mention of the Thrashers news here, but the second story is a hypothetical about a potential expansion of the NFL in Toronto. Not something that's happening. Something that's potential, and only as far along as city officials saying "we want the NFL." That's it.

Granted, I'm a hockey guy. It's my first love, my job, my passion, and when our sport is slighted, I take personal offense to it. I also understand that it's not the most popular game in America, and that it definitely takes a back seat to the other three major sports whenever possible.

But to not even mention on your front page the pending move of a major sports team from a major city in America is just completely incomprehensible.

Anyway, we'll have you covered. For more coverage on the move of the Atlanta Thrashers to Winnipeg, check SB Nation Atlanta's massive StoryStream, as well as coverage from our Thrashers blog, Bird Watchers Anonymous.