With the seventh pick in SB Nation's 2011 NHL Mock Draft, our Winnipeg delegation from Behind The Net Hockeyselects, a defenseman from the Saint John Sea Dogs of the QMJHL, Nathan Beaulieu. 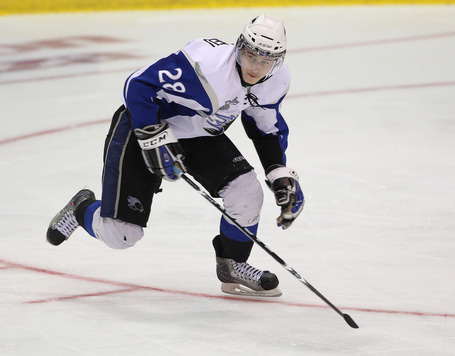 The first pick of the new Atlanta Thrashers is another Sea Dog and another Memorial Cup champion. Beaulieu had a huge year in Saint John, putting up 45 points from the blueline and his plus-44 rating is just huge. He's a quick guy and can obviously score at a high level.

Read more on Beaulieu at our Blue Jackets blog, The Cannon, and read more about the pick at Behind The Net Hockey.