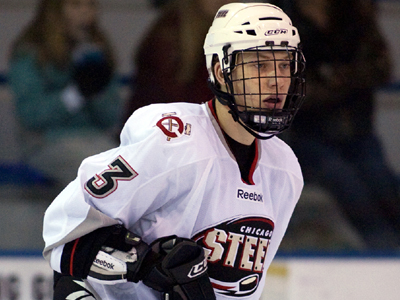 Oleksiak is a pretty well-rounded defenseman with a year of college under his belt, something that's rare for most draft eligible players. He is just an absolutely huge man, listed a 6'7" and 240 pounds, but despite the size, he's actually quite mobile and can move the puck effectively.

In real life, there's little chance of the Avalanche drafting a player like this (they'd be much more inclined to go with Siemens here, if available). But this isn't real life. This is fantasy world, and in our fantasy world, we like them big and rough. Or something to that effect.