It's Thursday morning in Boston and Vancouver, and in the aftermath of Stanley Cup Finals Game 7, the world seems like a completely different place in each city. In Boston, the Bruins are being welcomed home as heroes, while in Vancouver, fires are still burning in the streets after the city rioted following the loss.

That difference can be seen in the front pages of the various newspapers from each city. Here's the incredibly striking front page of the Vancouver Province. 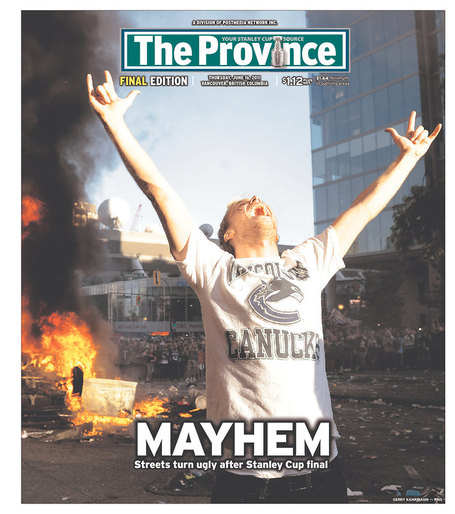 More after the jump... including happy ones from Boston. 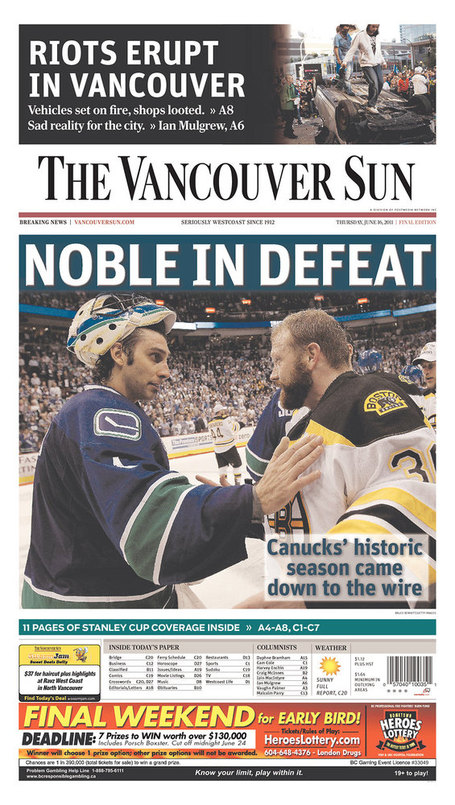 Meanwhile, in Boston, it's a celebration. Here's the Boston Globe: 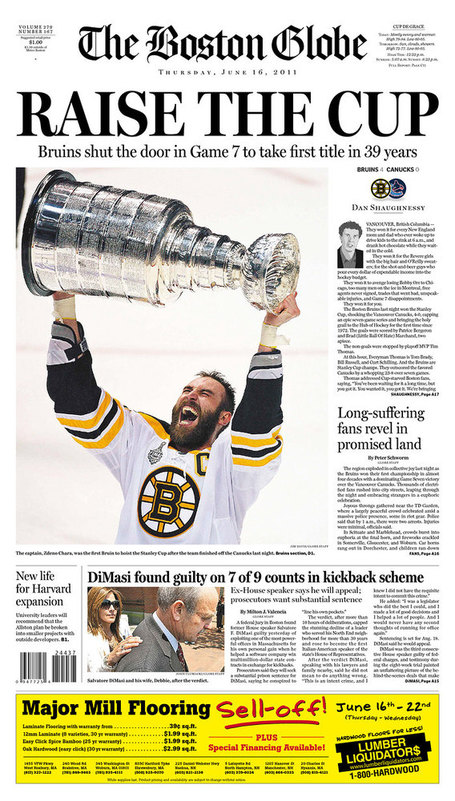 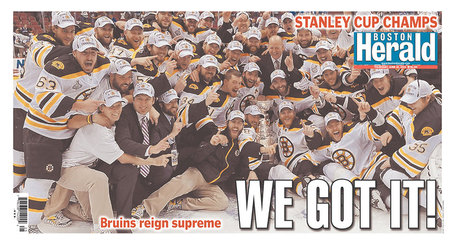 The Enterprise of Brockton, Mass.: 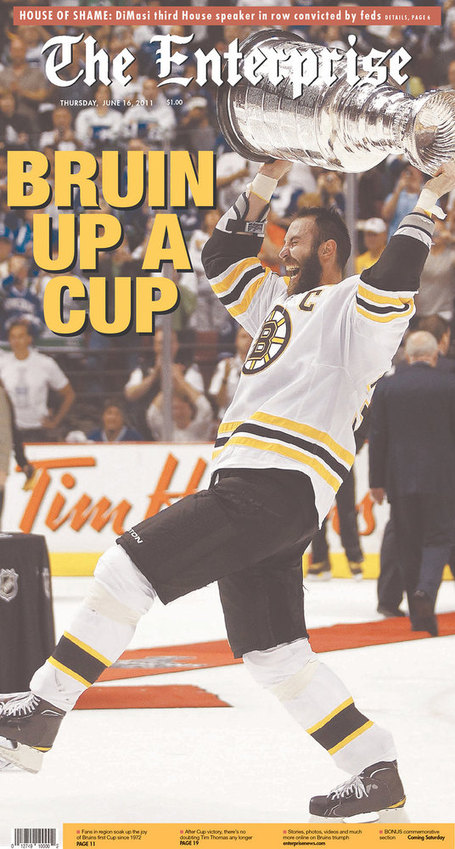 And finally, the Metro in Boston, which expresses a feeling many-Boston haters lament this morning: 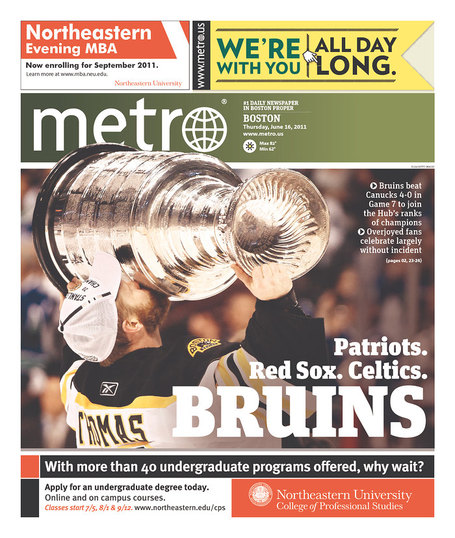 Stick with this StoryStream for complete coverage of Game 7. For full coverage of the Finals, head to our Stanley Cup Finals hub, our Canucks blog, Nucks Misconduct, and our Bruins blog, Stanley Cup of Chowder.