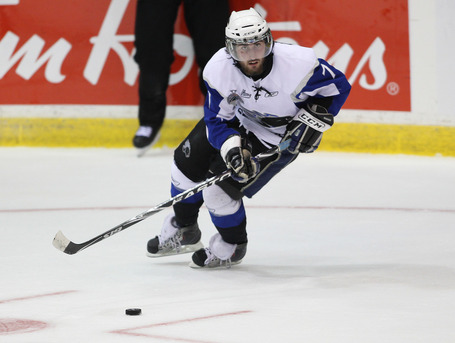 Phillips shunned the NCAA and UMass to play in the QMJHL, and after winning the QMJHL title and the Memorial Cup this past year, I'm sure he's fine with that decision. Phillips is a two-way center with good vision and a nose for the net, according to scouts that have watched him play, and it obviously doesn't hurt that he was the linemate of Jonathan Huberdeau, who's expected to go in the top five of the draft this year.

Read more about the pick at Pension Plan Puppets.