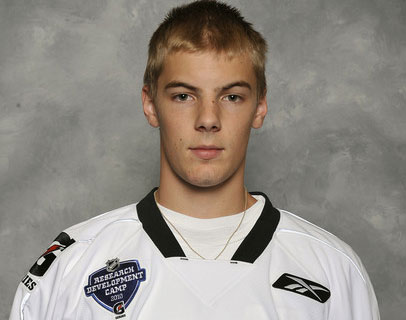 Mayfield was ranked 15th among North American skaters in Central Scouting's midterm rankings, but after a bit of an offensive dip in the second half of his season with the Youngstown Phantoms, he fell to the 24th position in their final rankings. But of course, he's a defenseman, and he does things well that defensemen do well: uses his body well, skates well and is calm with the puck. It helps that he's not too bad with the puck at the power play, too.

Read more about Mayfield and the pick at Japers' Rink.