The Boston Bruins award the "Game Jacket" to the player of the game after every victory. Before Stanley Cup Finals Game 3 on Monday night, they hadn't had the chance to do that since Game 7 against the Tampa Bay Lightning.

It had a worthy recipient after this most recent win: Nathan Horton, their teammate who is in the hospital after a scary, late hit from Vancouver Canucks defenseman Aaron Rome.

Via Elliotte Friedman of CBC: 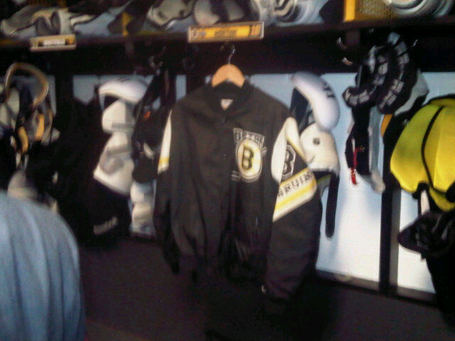 That's just awesome. It's clear the Bruins had some extra jump in their step after the hit, and when they came out in the second period and rolled over the Canucks over the final 40 minutes of the game, you just had a feeling that they were running up the score with Horton in mind.

If you're the Canucks, that has to be a scary notion. Rome's hit on Horton could very easily be seen as the turning point in this series.