Dan Carcillo was peppered by reporters in Chicago on Monday as the Blackhawks introduced him as their newest addition.

The pugilist, formerly of the Philadelphia Flyers and Phoenix Coyotes, isn't one to shy away from a little fun no matter the circumstance, so when he was asked about the 'Hawks rivalry with the Vancouver Canucks, it's not surprising that he took the chance to endear himself to his new fans.

Anybody specific from the Canucks you'd like to "keep in check," Dan?

Yeah, uh, Laperriere, Glass and Torres. Just because. Laperriere's at the top of the list though. Lapierre, I don't know. You know who I'm talking about. *smirk*

Well, at least he corrected one mistake. Of course, there's this little issue: 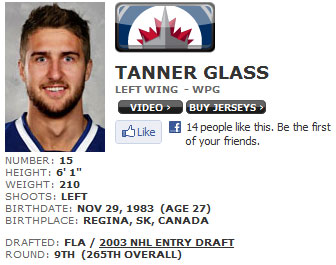 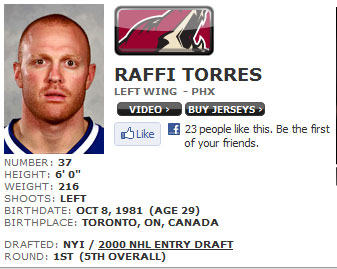