As teams enter the second half of the NHL regular season, it's time to hand out some mid-season hardware. Some of the winners may surprise you, while others are certainly more obvious.

When the final horn sounded on the Monday night game between the Washington Capitals and Los Angeles Kings, the NHL officially hit the midpoint of the 2011-12 season schedule.

Thanks to the mainstream media, the hockey world's primary storylines in the first half were the impact of concussions and the NHL's new discipline policy. The focused coverage allowed a number of surprising team and individual stories to slip through the cracks.

Our midseason awards reflect the quiet rise of a number of teams and players. 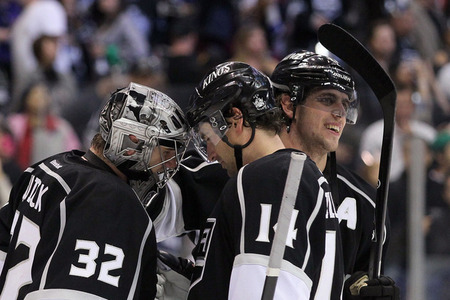 "The Hart Memorial Trophy is an annual award given to the player judged to be the most valuable to his team." Quick hasn't been the best goalie in the league this year, I'll bestow that honor below, but no one has meant more to his team than Quick. Given the definition of the award, no one is more deserving than the Kings' goalie.

His backup, Jonathan Bernier, has struggled, and Quick hasn't given him a chance, nor his coach a reason to test Bernier further. Quick is sixth in the league in starts and sixth in games played, he's top 10 in even strength save percentage, and 3rd in the league in penalty kill save percentage. He's done all of this in front of a team that can't score. 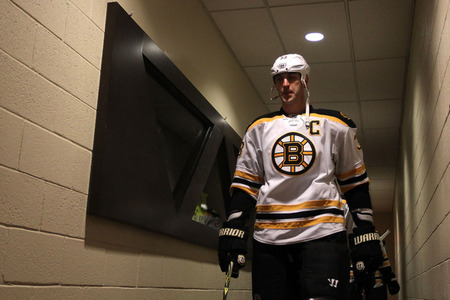 No one in the league takes on tough minutes with better results. Part of the results are based on the fact that he's not been asked to back up the bottom six as much as he has in the past, but Chara is a guy that drives results every year. This year he's been exceptional. He's even transformed his regular partner, Johnny Boychuk, from a high-event sometimes forward, mostly offensive (both meanings intended) defenseman, into a low-event own-zone killer. He's playing at a level only names like Lidstrom, Bourque, and Chelios have attained in the last couple of decades. 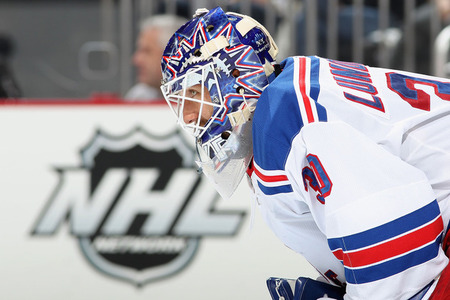 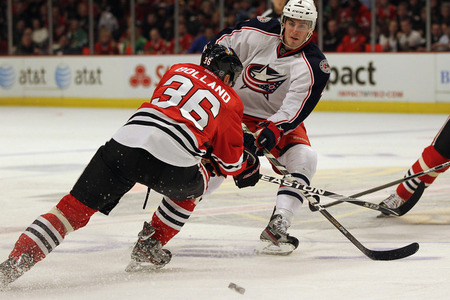 Bolland has been excellent in Chicago in a very tough role. Joel Quenneville has asked Bolland to take on the best in the NHL with Bryan Bickell and Michael Frolik on his wings. He's done so beautifully, but his goaltenders have let him down. His on-ice even strength save percentage is just .893, which has sent his plus-minus into the red. S

ince the vast majority of the PHWA use the flawed stat as the basis for their vote, Bolland will be overlooked, which is a shame. Bolland's work this year has enabled Quenneville to get his desired matchups for Jonathan Toews, enabling his scoring breakout, and allowed the coach to feed sheltered minutes to Marian Hossa, who has responded with a scoring bing of his own.

Why are Toews, Hossa and Patrick Sharp among the top 25 even strength scorers in the NHL? Two words: Dave Bolland. 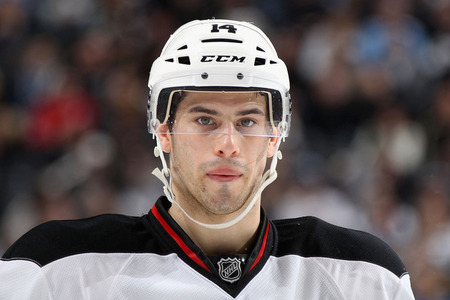 Henrique has just two penalty minutes this season, despite accumulating nearly 700 minutes of total ice time. He's not getting off easy, either. Henrique plays two minutes per night on the penalty kill and he's playing the opponent's second-best players night in and night out. 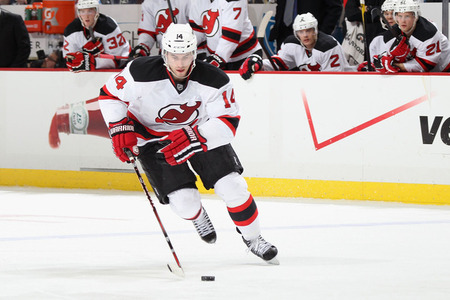 Henrique has just three fewer points than leading rookie scorer Ryan Nugent-Hopkins, and he's playing much more difficult role. Henrique is centering the Devils' top line between Zach Parise and Ilya Kovalchuk and playing against second-tough minutes. Whereas Hopkins has been carefully managed with the seventh-easiest starting position (66% OPCT) in the league, Henrique has been offered no such protection.

His 48.4% OPCT is the second-toughest amongst the leading rookie scorers. Henrique has averaged just over two minutes of penalty-kill time per game to this point and has been very effective as a penalty killer. Henrique is second on the Devils in faceoffs taken and his 48.3% win ratio is head and shoulders above every rookie taking regular faceoffs. He's a complete player as a rookie and deserving of the Calder. 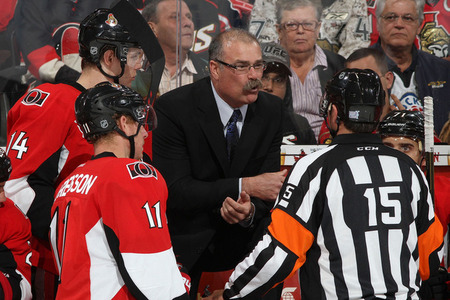 Typically the Adams award goes to the coach in charge of a team that beat the percentages for a season. Most often that team rode a hot goaltender for an extended stretch during the season and that hot, and almost always unsustainable goaltending, is unofficially credited to the coach by the Broadcaster's Association.

The early (November) and overwhelming favorite for the Adams award was Mike Yeo, of the then-first place Minnesota Wild, propelled to his position by the unsustainably hot goaltending of Niklas Backstrom and Josh Harding. Backstrom and Harding have cooled significantly and the Wild have fallen off.

The exact opposite sequence of events has occurred in Ottawa, where Craig Anderson started the season in a shambles and hasn't recovered. Overall, the Sens rank 24th in the league in save percentage, but it's at even strength where they've been especially bad. The Senators' team even strength save percentage is .907, 26th in the league. In ten game segments, the team ES save percentage has been .896 - .904 - .900 - .918, meaning they've yet to receive league average goaltending at any point and except for the last ten, they've been blessed with the worst goaltending in the league this side of Columbus.

Goaltending like that would have done most teams in, but the Senators won't go away. On November 1st, the Sens goal differential was minus-6, but they were in fourth place in the conference. They fell to eight on December 1, but have recovered and sit sixth in the conference at the half-way point with a minus-13 goal differential. It's not a special teams illusion, either. The Sens are 17th on the power play and 24th on the penalty kill.

Through all of this, MacLean has held the Sens together. The skaters in front of the terrible goaltending have been solid, posting a 50 percent Fenwick close through the first half of the season. Early on the team rode the hot hands of Milan Michalek, but when he went down to injury, they kept on rolling. Jason Spezza and Daniel Alfredsson have been brilliant. Young players like Jared Cowen and Colin Greening have been effective and Erik Karlsson has been eating soft minutes alive. Even the enigmatic Kyle Turris has flourished in Ottawa since being acquired for David Rundblad.

If MacLean can keep the Sens rolling and Anderson doesn't recover, GM Bryan Murray has to find these Sens a league-average goaltender to give them a chance to make a move down the stretch.