Stefan Noesen of Team USA was ruled ineligible for the 2013 World Junior Hockey Championship thanks to an ongoing suspension in the Ontario Hockey League.

Team USA is down to 26 players at their pre-World Junior training camp as forward Stefan Noesen was sent home on Monday morning.

Noesen was declared ineligible to play in the tournament due to a suspension by the Ontario Hockey League, where Noesen plays for the Plymouth Whalers. The Plano, Texas, native was suspended for 10 games by the OHL for a hit in a game on Dec. 8. The IIHF has chosen to recognize the suspension, and the first-round draft choice of the Ottawa Senators is heading home as a result.

"While we respect the IIHF's decision, we don't feel the process is equitable," said Dave Ogrean, executive director of USA Hockey. "Moving forward, we'll work with the IIHF and other federations to address the situation."

With the loss of Noesen, Team USA is down to 14 forwards, nine defensemen and three goaltenders. These 26 players will head overseas to take part in pre-tournament games against Sweden and Finland Dec. 20 and Dec. 22, after which one forward and two defensemen will be cut from the team before Team USA takes the ice to start the tourney on Dec. 27 against Germany.

Some other notes from camp on Monday: 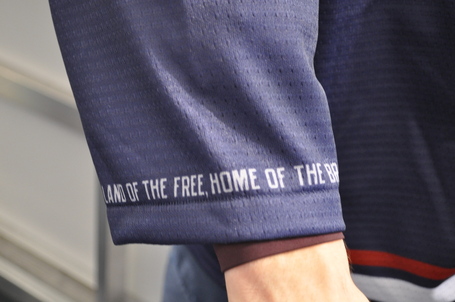